A Good Keen Man: The Kiwi Who Drove 500 Miles for Four Imperial Typewriters

Four typewriters in my boot, 10 bucks from my loot

It’s good to see that New Zealand typewriter technician David Lawrence has maintained his interest in our beloved machines since his Eden Typewriters operation in Auckland closed at the end of last year. Last weekend Dave undertook a round trip of 800 kilometres (500 miles) to pick up four Imperial standard machines in the east coast city of Napier. I’m not sure where David is based these days, but by any reckoning 500 miles is an awful long way to drive for old manual typewriters, all of which look to be in need of some urgent TLC. Since the lot cost David a mere $10 (less than $7 US), he will no doubt figure the trip was well worth the effort – especially once he applies his magic restorative touch to these machines. Imperial standards are generally good to work with, because they are demountables. The keyboard configuration on at least one of David’s four acquisitions looks, however, decidedly weird. 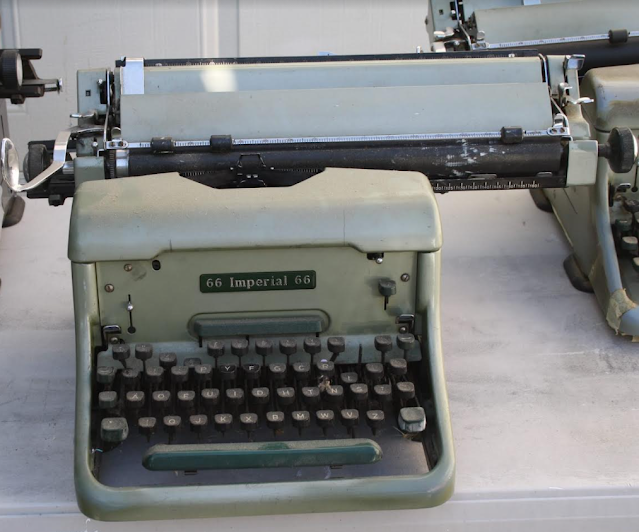 The expression that came to mind when David emailed me about his “imperialistic” foray was “A Good Keen Man”, the title of one of the books written by New Zealand bush bard Barry Crump (who wielded an Olivetti Lettera 32, see below). I might well have been keen, too, given that Napier is such a gorgeous city to visit (thought David doesn’t appear to have stayed there long). Napier is known as Art Deco City, because it was rebuilt in art deco style after an enormous earthquake in early February 1931. Ninety years on there is still clear evidence of the way the quake changed the landscape around the city – and not just in art deco buildings. 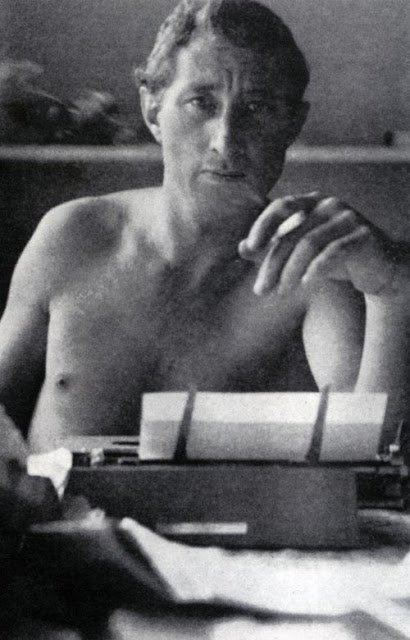 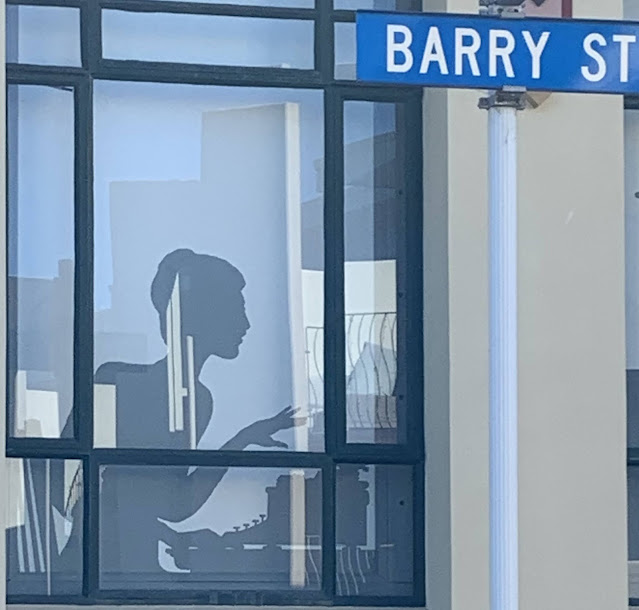 A photo I took last year of a window in one of the art deco buildings in Napier.
The woman is no doubt using an Imperial. 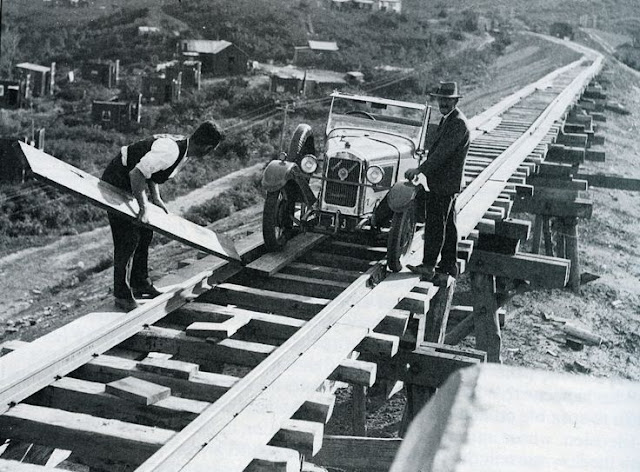 Here is a photo of an intrepid Auckland Weekly News reporter making a trip similar in distance to David’s, but trying to get to Napier to cover the earthquake when roads were cut off. There's bound to be a portable typewriter somewhere in that car.

Posted by Robert Messenger at 14:03