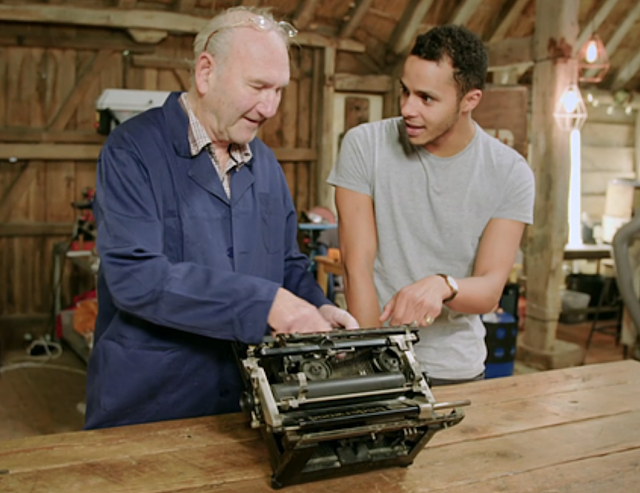 For those readers of this blog contemplating undertaking a major typewriter restoration job, I thoroughly recommend watching a segment on the British Broadcasting Corporation series The Repair Shop. Episode 11 of series three was screened in Britain on February 23 last year, but is still not available to watch from that source online. However, it can be seen on the Australian Broadcasting Corporation’s iView at https://iview.abc.net.au/show/repair-shop/series/3 The segment involves the restoration of an Underwood 5 standard typewriter by an experienced British typewriter technician called George Blackman (above, left) based on the Sackville Road at Bexhill-on-Sea in East Sussex. 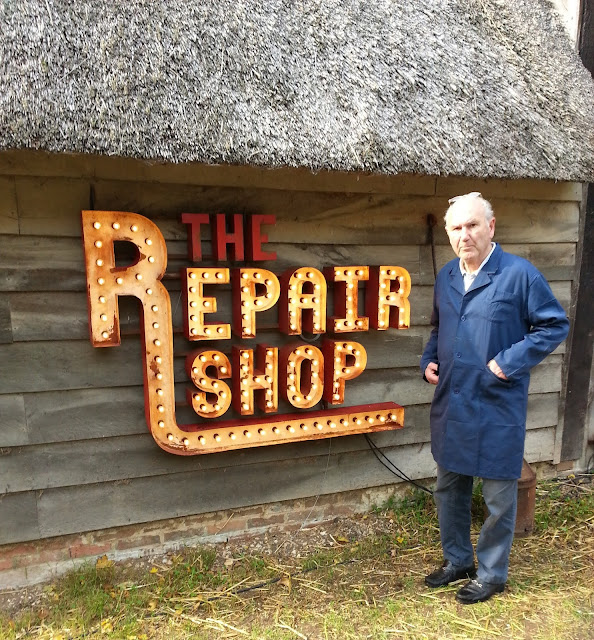 George has been in the typewriter business for 66 years now. He successfully applied for an apprenticeship with the typewriter company run by John Stuart Beeching (not related, seemingly, to the typewriter historian Wilf Beeching, although like Wilf he underwent a name change) in Hastings. George was indentured for a six-year term as a typewriter mechanic. He entered National Service in 1960-62, and was in an exclusive Royal Army Ordnance Corps unit supporting field operations by parachute regiments in Europe and Africa. He returned to the Beeching firm as a qualified engineer. The business was taken over by a much larger company and George was promoted to service manager, with 10 engineers working under him. In 1986 George and his son Neil opened their own business, which acquired the main dealerships of Triumph-Adler and Olympia machines for the East Sussex area. Later they opened a larger showroom in nearby Bexhill and became sales and servicing engineers. George serviced and repaired author Winston Graham's Adler electric typewriter, on which all Graham’s Poldark novels were typed. 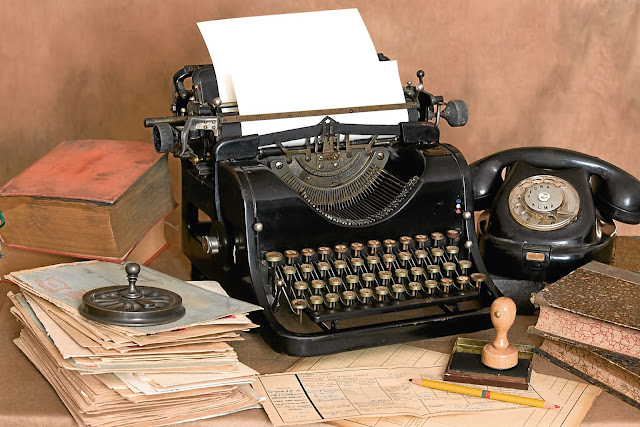 In The Repair Shop segment, George works on the Underwood 5 upon which a Boer War-World War I veteran - the godson of Queen Victoria - had typed his memoirs. These included his war experiences, his association with Winston Churchill and his time in the British Embassy in Berlin when the Great War broke out. The man’s grand-daughter, Lucy Smith of Exeter, wanted the “family heirloom” restored so it could be handed down in good working order to descendants. Interesting, she said it was headed for Australia, where her son Ben lives. George “breathed new life” into the machine, which he estimated hadn’t been used for 60 or 70 years. Among other things he removed all of the typebars to clean them thoroughly in spirit. 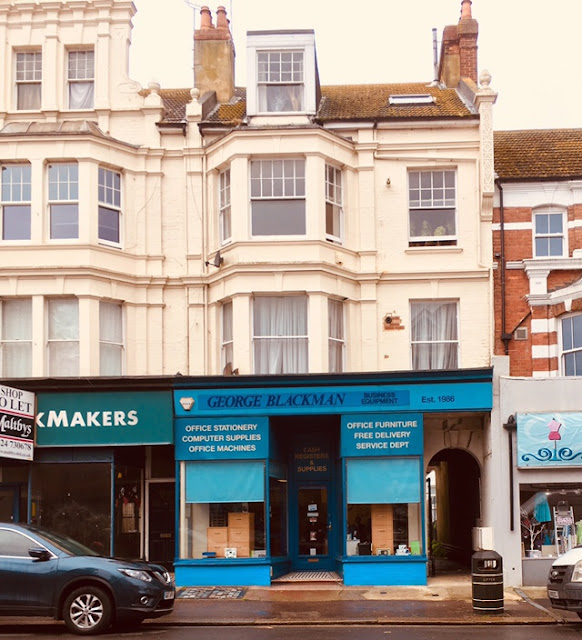 Based on my own experience of working on Underwood standards in the past year, I was pleased to hear George talk about oil congealing and, with what he called “gunge” in the carriage, seizing many parts of the machine. This particular typewriter had been neglected and its condition was “the worst I’ve ever seen”. George lamented that these engineering masterpieces needed to be more appreciated and maintained in good order for future generations. 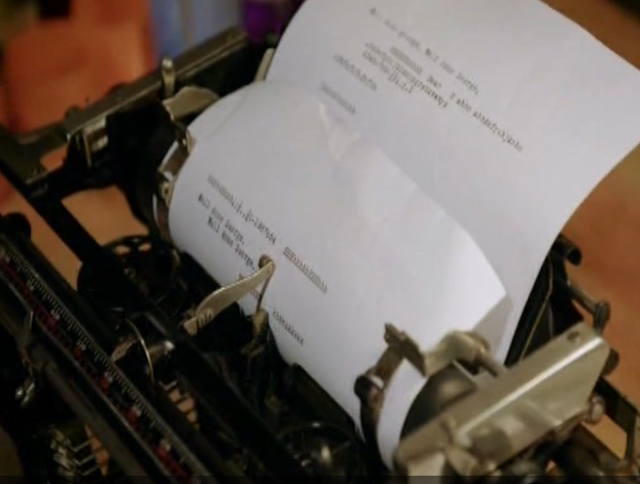 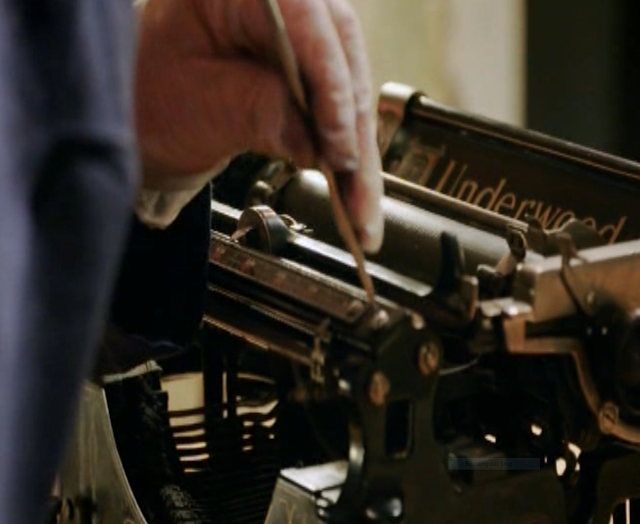 Removing the gauge to get the carriage off. 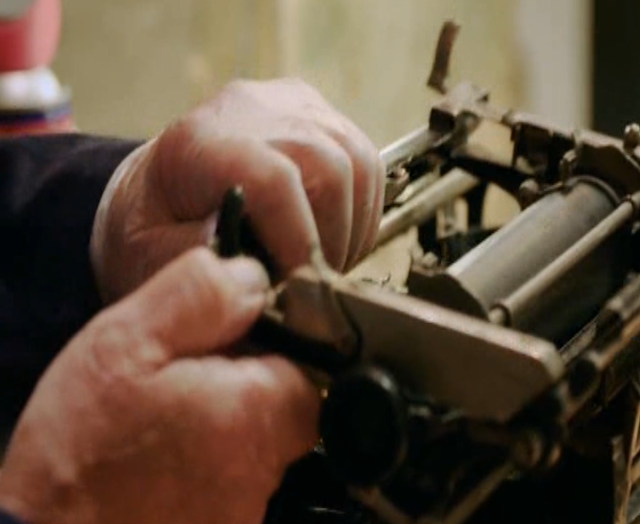 Above and below, wriggling the carriage off. 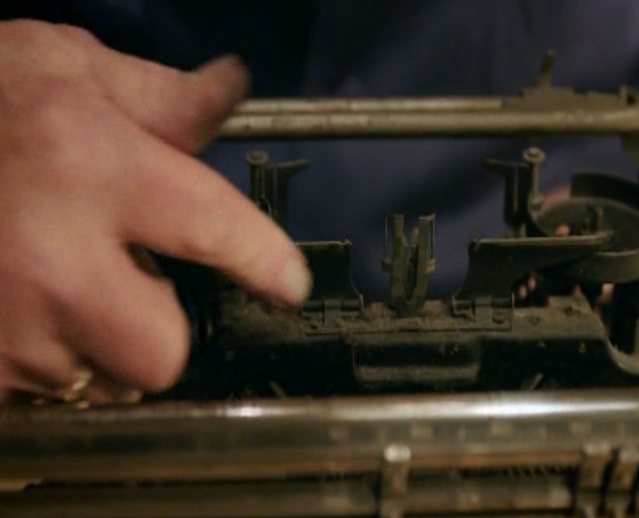 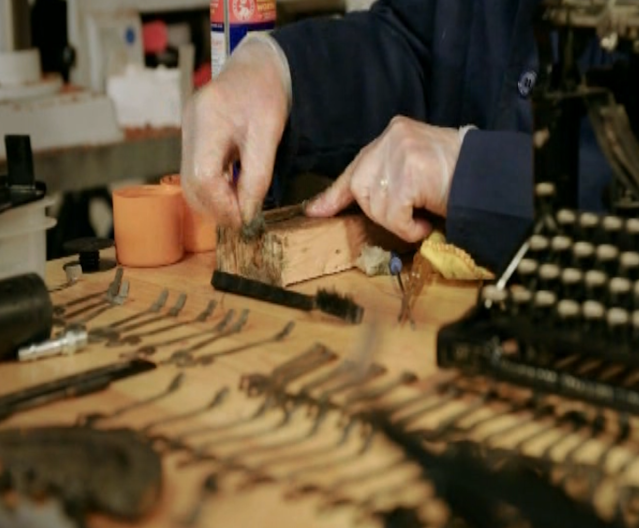 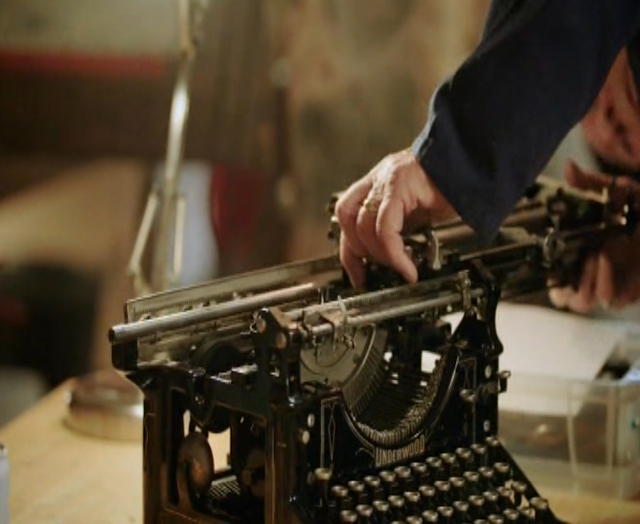 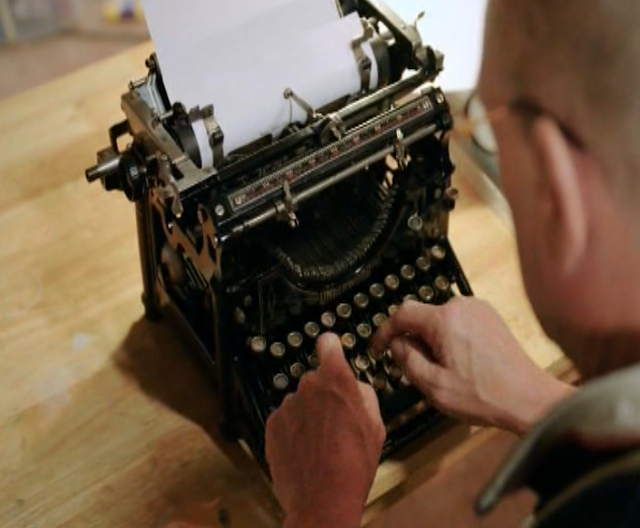 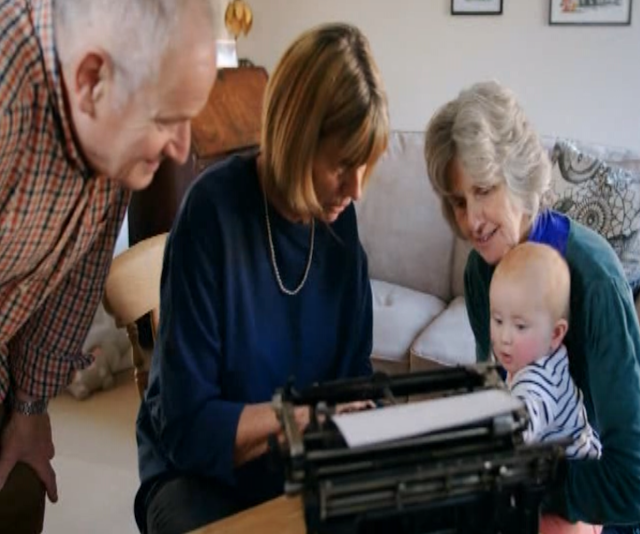 Back with its owners.
Posted by Robert Messenger at 11:42

Fortunately not every job requires removing all the typebars.

My admiration goes to Mr Blackman.

What is the name of the author of the memoirs?

I have acquired an "Underwood Standard Typewriter" but :-

I've never ever located a Picture of this Typewriter with Extra Keys anywhere on the wonderful WWW,

Could you please advise me :-

What Model Number This Is, also What is the the Purpose Of the "Vertical Radiator" Type addition on the Rear, along with the Spurious "Dates" and "Years" along the Base of The Rear ??