Battered Typewriter a Symbol of Turkey's Suppression of Press Freedom 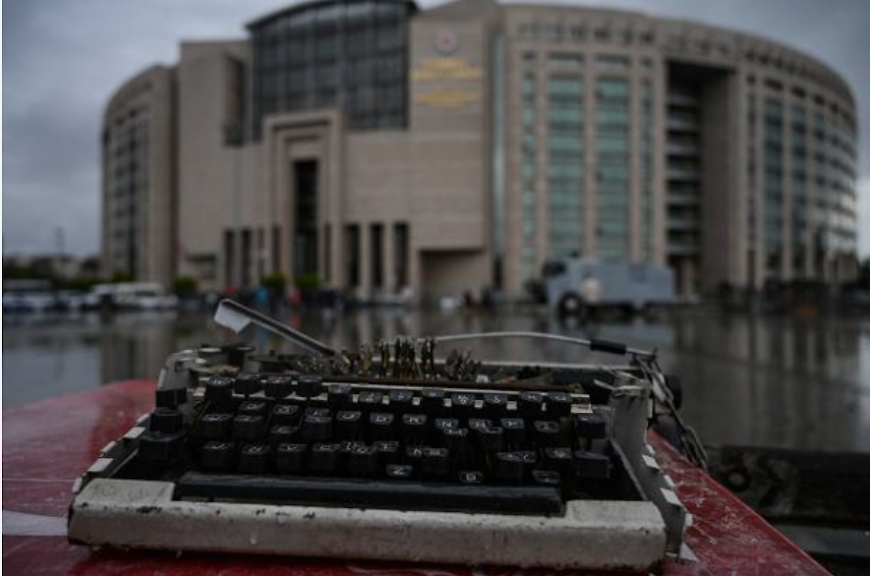 This battered Olympia Traveller portable typewriter was used outside an Instanbul courthouse this week by Reporters Without Borders to protest the retrial of its Turkish representative, 52-year-old Erol Önderoğlu. The Turkish-French journalist was arrested by the Turkish Government of Recep Tayyip Erdogan in June 2016 for his work supporting Özgür Gündem, a Kurdish newspaper. Önderoğlu has also been accused of supporting terrorists and his arrest has been widely criticised as a suppression of freedom of the press. 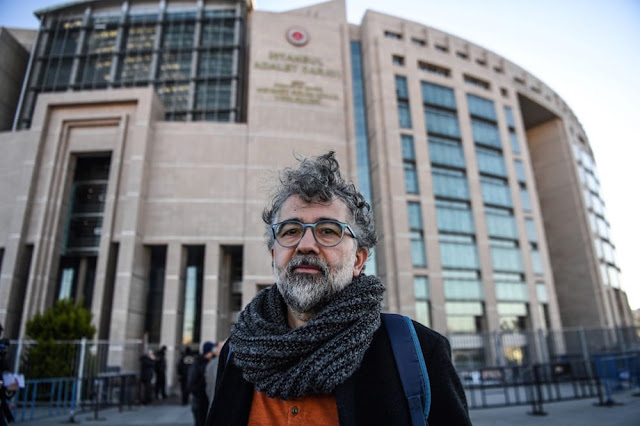 Önderoğlu, above, began campaigning for the RSF, which monitors and promotes freedom of the press, after the torture and murder of Metin Göktepe in police custody in 1996. Since 1997 he has also served as the monitoring editor for Turkish press agency Bianet, for which he files quarterly reports on free speech in Turkey. Önderoğlu was arrested after attending a meeting for Özgür Gündem on World Press Freedom Day. Journalist Ahmet Nesin and scholar Şebnem Korur Fincanci (head of the Turkish Human Rights foundation) were also arrested and accused of spreading “terrorism propaganda” in favour of the Kurdistan Workers' Party. The three men had taken turns in charge of the newspaper to protest its harassment by the government. Özgür Gündem, along with 14 other media outlets, was shut down by government decree on October 29, 2016.

The European Union declared the arrests of Önderoğlu, Nesin and Fincani went “against Turkey's commitment to respect fundamental rights, including freedom of media” and also the Turkish Government's obligations in its effort to obtain EU membership. The arrests were also criticised by Amnesty International and Human Rights Watch. 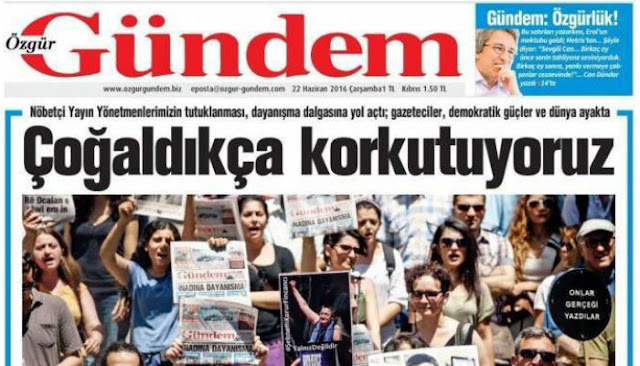 In July 2019 Önderoğlu and his co-defendants were acquitted at the end of a trial that was repeatedly adjourned and lasted more than three years. That same year Önderoğlu received the Four Freedoms Award for freedom of speech from the Roosevelt Foundation; it cited his “tireless and persistent dedication to defend the freedom of speech and expression”. In 2020 an Istanbul appeal court overturned the acquittals, rejecting the argument that their editorial roles at Özgür Gündem were purely symbolic. With the retrial, Önderoğlu is now facing the possibility of 14½ years jail.  “It’s time to end five years of judicial incoherence,” RSF secretary-general Christophe Deloire said. “This Kafkaesque trial is evidence of the way the Turkish authorities persecute courageous figures who tirelessly defend press freedom in their country. The use of terrorism charges in this case is an absurdity. The Turkish justice system would enhance its standing by abandoning these proceedings and showing that it refuses to let itself be used.”

Turkey is ranked 153rd out of 180 countries in RSF's 2021 World Press Freedom Index and is Europe’s biggest jailer of professional journalists.

Posted by Robert Messenger at 20:27

There are those in other countries that would love to silence the Press also. good that is does not happen.

Extremely well-found information, Robert, and of great importance to share such events with anyone.