On The Road With Typewriters: The 2013 Canberra to Brisbane Type-In Odyssey (3) 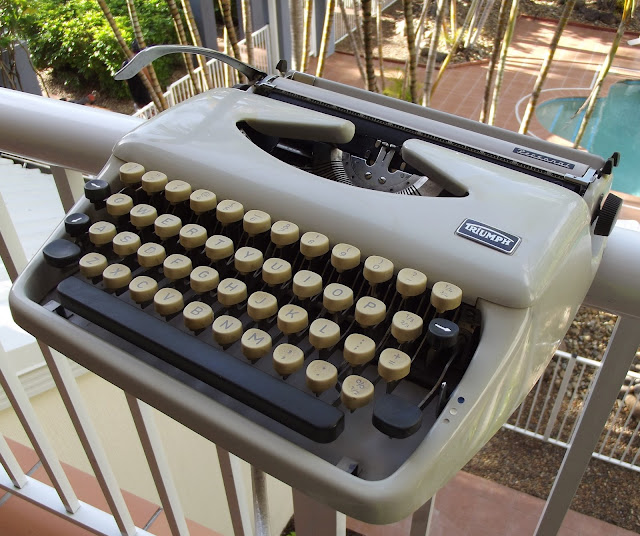 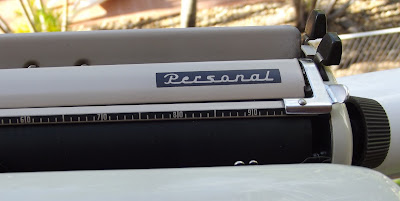 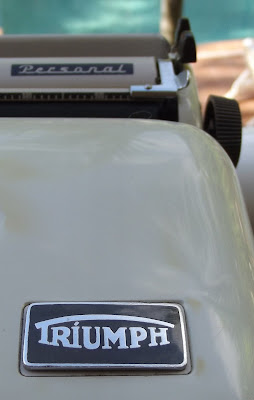 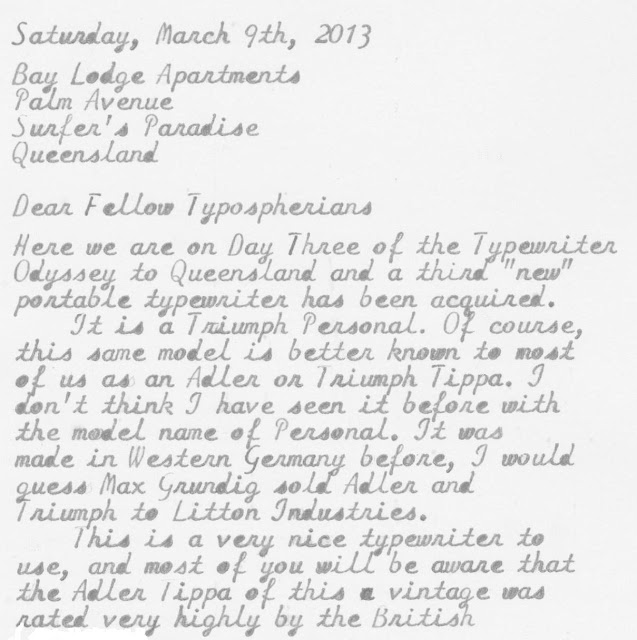 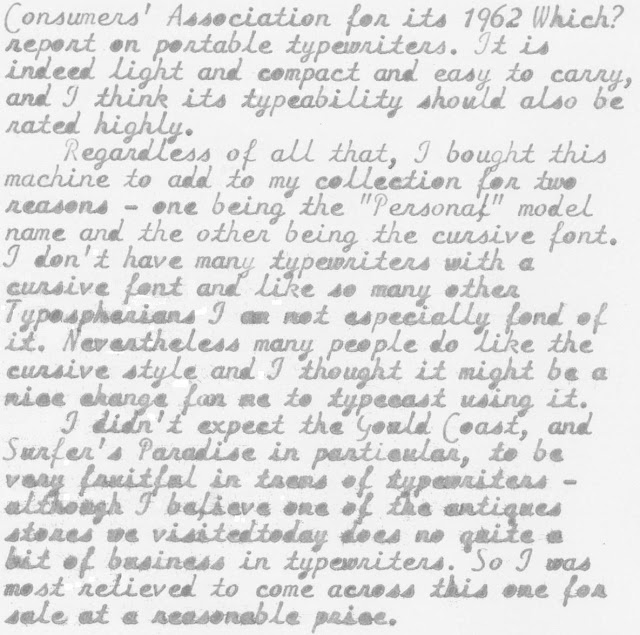 Thankfully, Day Three of the Odyssey was a quiet one.  After two days on the go, covering more than 1300 kilometres from Canberra to Surfer's Paradise on Queensland's Gold Coast, it was great to be able to relax, put the feet up and recharge my batteries.  I felt I badly needed to do that before tomorrow's Type-In at the Breakfast Creek Hotel in Brisbane.
After a sumptuous breakfast at the Surf Lifesaving Club on the beach, my friend Gary took me on a short, quick run to the antiques stores along the strip. Sadly, along the way, there were few of the Aboriginal place names Typospherians seem to like; instead, there were many American names, like Miami.
The first place we visited looked promising and the owner told me he did receive typewriters, but had none left. "There's been a run on them lately," he said.
After going to three other stores without success, we found Iraj at Choice on Ferry Road at Southport. He had no typewriters on show, but for reasons which seemed rather vague (something about Brisbane bargain hunters) he'd stored away a little Triumph Personal. I bought this as much to simply end the hunt as anything else. It was hot, humid, and I was tired. But at least I'd managed to keep the scoresheet ticking over, with a third "new" typewriter in as many days.
Tonight we are off to a celebration at an Irish bar called Landsowne Road, which is bound to bring back many happy memories of days spent at the real Lansdowne Road, in Dublin. Then tomorrow it's Type-In time ... 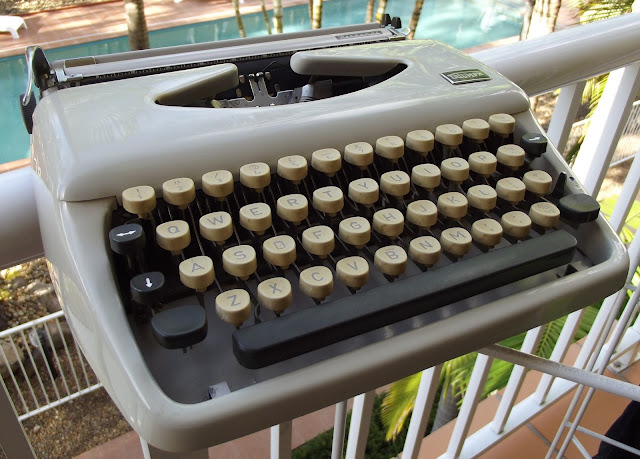 When I bought this Triumph Personal, I found a sheet of paper still on the platen. It seems to be part of the memoirs of someone who visited Saltdean, a seaside village in East Sussex in England, during World War II:

Just to recap, so far on my travels I have been to places as varied as: 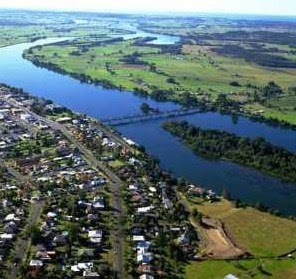 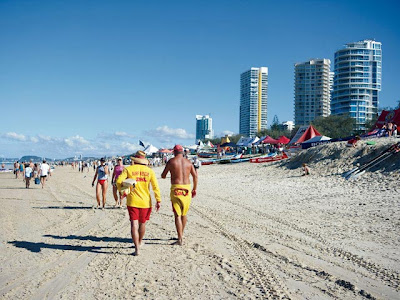 and Surfer's Paradise. Tomorrow it's: 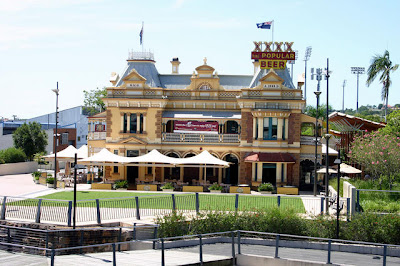 Posted by Robert Messenger at 09:14

Gosh... The Script machines are coming out of the woodwork now! Brilliant.

See you this afternoon Rob!

A day you find a typewriter is a good one!

Yesterday I followed a tip from an acquaintance and went to an antique mall that she said had a lot of typewriters in one vendor's stall. Just my luck -- the vendor had recently packed up and left.

But today I followed a Craigslist ad to a gray but gleaming l956 Underwood Finger-Flite Champion. Score! (This one is for WordPlay but it still makes today a good day.)

Happy type-in, we all look forward to reading about it and seeing images.

The Personal is a wonderful find! Congratulations!

I am one who likes the script font. I think mostly because it was so unique when I saw a typewritten letter in Script as a child.

Sure are some nice places you are passing through on your trip. Thank you for sharing your adventure.