On The Road With Typewriters: The 2013 Canberra to Brisbane Type-In Odyssey (6)

DAYS SIX, SEVEN and EIGHT
MARY POPPINS
and
THE PRINCESS 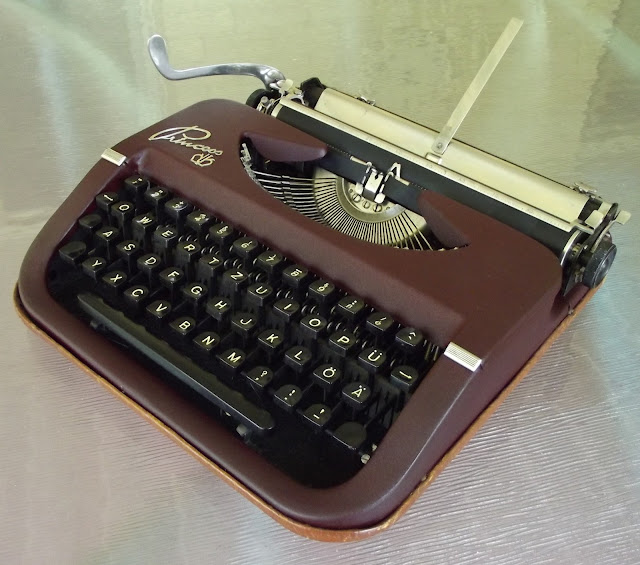 1949 Princess, serial number 3434
A wide net has been cast over the sultry Wide Bay region of Queensland, and it has been scoured for typewriters - without success. We spent the best part of a day in the towns of Childers (established 1850) in the Isis district on Wednesday and Maryborough (established 1847) yesterday.
In an early 20th century-style pharmacy in Childers there was an exhibit which included an Underwood 5, a Remington portable (supplied by Chartres) and an Imperial Good Companion. What opened my eyes, however, was this spectacular National cash register: 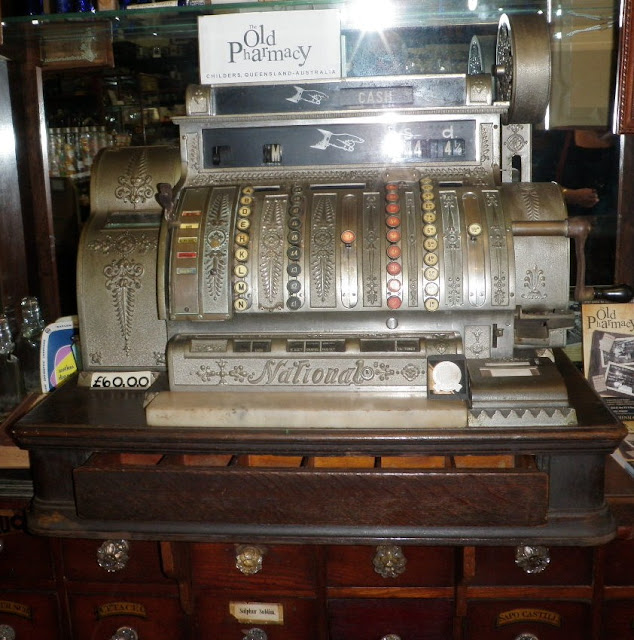 Maryborough was of special interest to me because it was where Pamela Lyndon Travers, creator of Mary Poppins, was born. 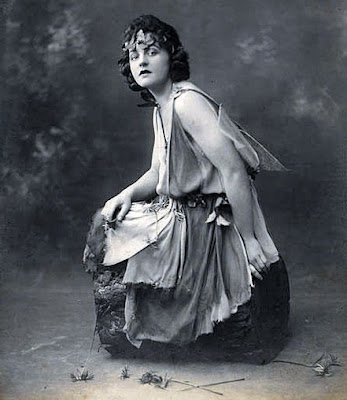 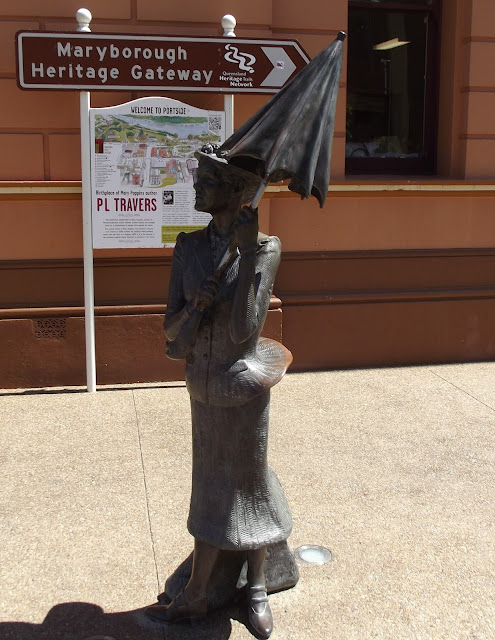 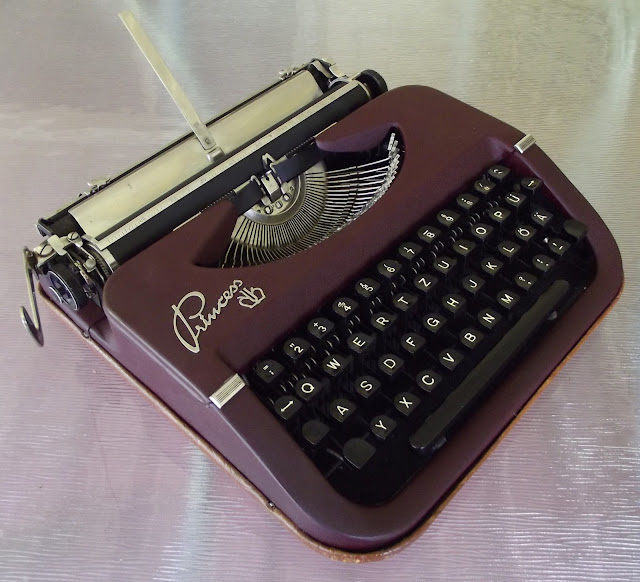 Maryborough is one of two towns in Queensland where one can see some of the finest surviving examples of the home architectural style known as "Queenslander" (the other town is Ipswich). 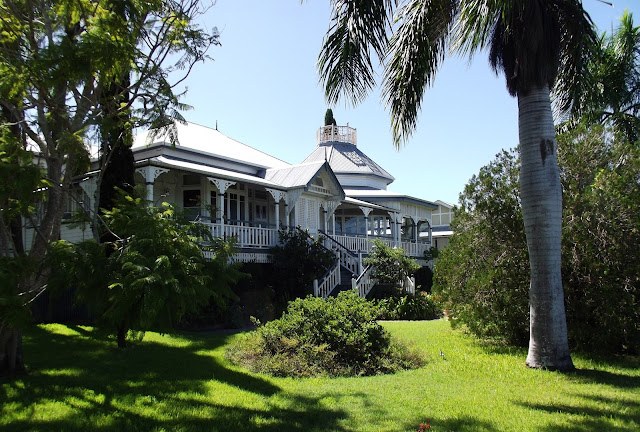 The type was developed in the 1840s and is still used today. Queenslander buildings are primarily of timber construction and can be low or high-set, one to two storeys. They are typically "tripartite" in sectional composition; underfloor (stumps), primary rooms (can be two levels) and roof. All have one or more veranda spaces, a sheltered edge of the building that is typically only part-enclosed and used as another living zone. This consideration for climate is the defining characteristic of the Queenslander type. The raising of the main living spaces off the ground can be seen as both a stylistic and practical device. The vertical "stumps", initially of timber, allow the building to "float" above the terrain. Queenslanders all have this underfloor area that is used to cool the building through ventilation and also for protection of the main structure from termite attack and other pests. The stumps also help to overcome any variations in the terrain that would normally require earthworks to flatten for construction and allow for the natural flow of water across the terrain in the event of excessive rain and downpours. 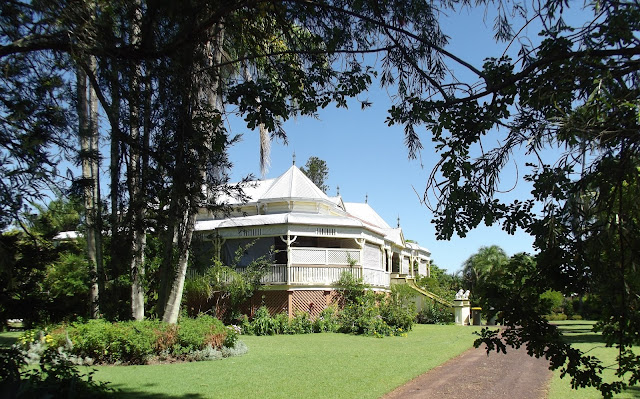 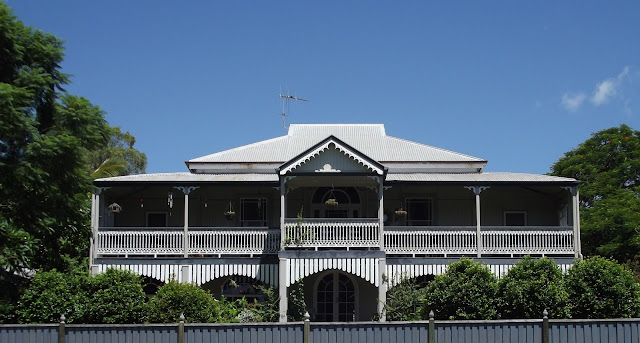 But getting back to Mary Poppins, my excuse for getting out the Princess portable typewriter:
THE PRINCESS 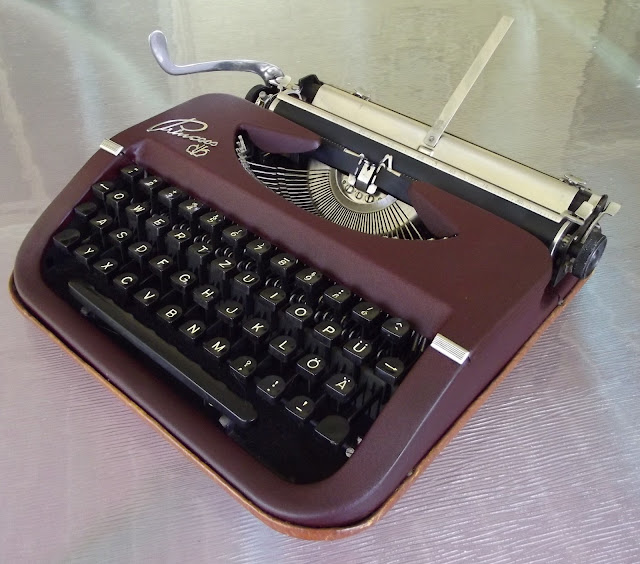 Production of the Princess started in 1948 and serial numbers reached 7000 in 1951. The Princess 200 was launched in 1954. The portables were made by Keller & Knappich of Augsburg. 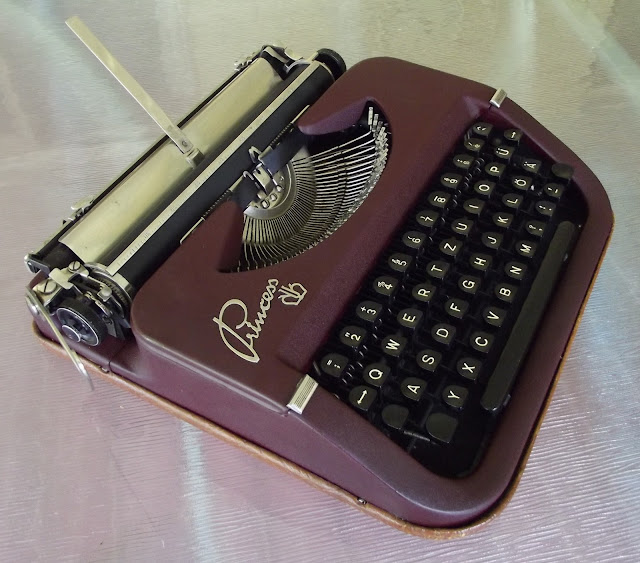 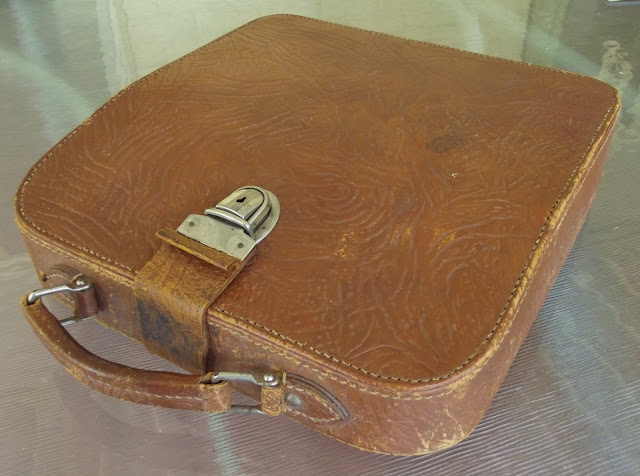 MARY POPPINS
Mary Poppins creator Pamela Lyndon Travers was born Helen Lyndon Goff in Maryborough on August 9, 1899. In 1924 she emigrated to England,where she wrote under the pen name P. L. Travers. In 1933 she began writing her series of children's novels about the mystical and magical English nanny Mary Poppins. Her popular books have been adapted many times, including the 1964 film starring Julie Andrews and the Broadway musical originally produced in London's West End.
During World War II, Travers took up residence in Manhattan; it was while she was there that Roy Disney contacted her about selling the Mary Poppins character to the Disney studio for film use. After the war, Travers returned to England. However, in the early 70s, flush with more royalties from the Mary Poppins film, Travers spent about two years on native American Hopi Indian reservations. She died in London on April 23, 1996, aged 96. 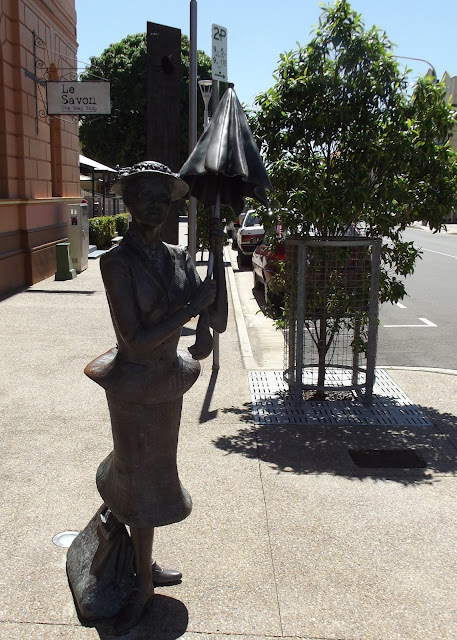 Posted by Robert Messenger at 08:34

The houses were so impressive I forgot all about the Princess & Mary Poppins.

Wow, I never knew all that about Mary Poppins - really interesting. And I didn't realise the KuKa Princess had that squarer form. Great colour too.

I'm another one who knew nothing about P.L. Travers, as it turns out. An interesting life she led!

A great post - thanks Robert. I always thought Travers was English. Your Princess is a lovely colour. I hope you have some luck scouting typewriters tomorrow.