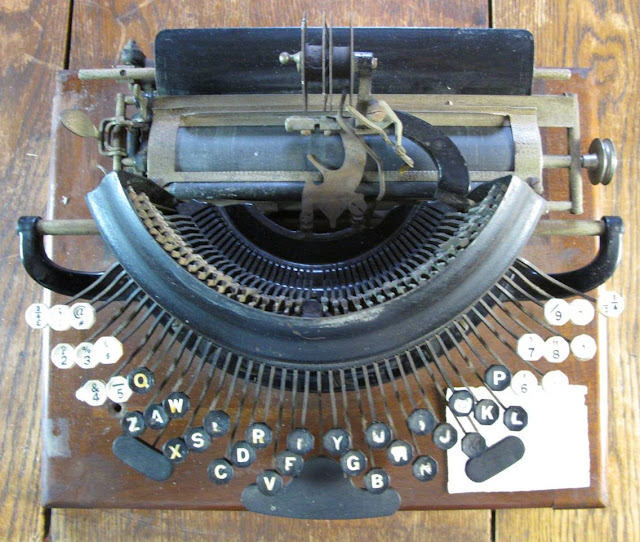 The vice-president of the Fellowship of Australian Writers Western Australia (FAWWA) is flying across the continent in a fortnight to bring me Joseph Furphy's New Franklin typewriter to have a look at.
The typewriter, upon which Furphy wrote his 1903 book Such Is Life (under the pseudonym of  "Tom Collins") is usually housed at the fellowship's Tom Collins House in Swanbourne, Western Australia. It has been on display at the Fremantle Library during Fremantle's heritage celebrations and after coming to me in Canberra will be seen by members of the Furphy family in Shepparton, Victoria, north of Melbourne. It may then go on display at the Shepparton Library. 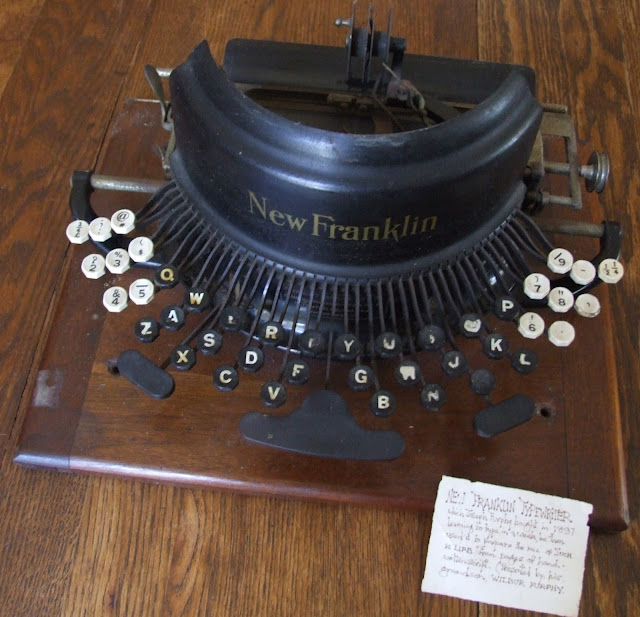 I have never touched a Franklin before - although I did see one in the metal, in excellent condition, in the Powerhouse Museum in Sydney some years ago. I am wondering if anyone out there is familiar with this machine? I envisage doing little more to it other than simply cleaning it up a bit. Does anyone know of any quirks I should be looking for (carriage and platen movement etc)? Or any advice on a very gentle polish up?
I will only have the typewriter for four days before it goes on to Victoria, so will be keen to hear back from collectors in advance (forewarned is forearmed) with any suggestions they might have. 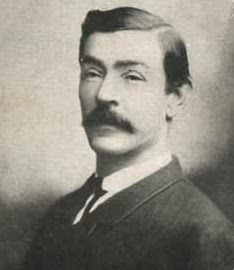 Joseph Furphy
Incidentally, the fellowship's president, Trisha Kotai-Ewers, told me a wonderful story, contained in a letter Furphy wrote to Kate Baker in July 1910: "There is not a Franklin ribbon to be had in Fremantle or Perth, so I had to get mantymakers' [makers of female outer garments] ribbon of suitable width, and ink it myself. Hence the copy is blotched, owing to the coarseness of ribbon. I am probably the only bloque [sic] alive who knows how to make and apply this ink. For colouring matter you use ivory black or Prussian Blue (the aniline colours won't do). Vaseline is the only mordant I can find as yet; and for a volatile solvent there is nothing to beat a mixture of kerosene, turpentine, and benzine ..."
Trisha wondered if there are any other accounts of authors making their own typewriter ribbon. 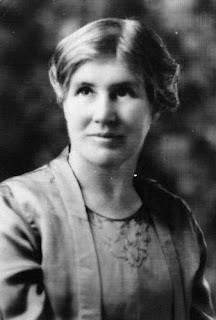 Kate Baker
Kate Baker, by the way, was a young Irish-born teacher who in 1886 was appointed to take temporary charge of a one-teacher school at Wanalta Creek near Rushworth. During the 10 months she spent teaching there and at nearby Burramboot East, she became friendly with members of the Furphy family, including Joseph, who came on a visit from Shepparton. Impressed by "the only girl in the Eastern Hemisphere who knew who Belisarius was", Furphy, nearly 20 years her senior, was glad to have her as a friend. They corresponded, and met when Furphy visited Melbourne. She retired in 1913 and the rest of her long life was devoted to the memory of Furphy, whose death in 1912 affected her deeply. Kate's belief in his ability had helped to sustain Furphy during the long labour of writing Such is Life. Kate died in 1953. Please see her interesting biography here. Furphy's is here.
Interestingly enough, I had a visit a couple of weeks ago from a young man who is a fledgling typewriter collector in Canberra, and by sheer coincidence he too had made his own ribbon in a very similar manner - quite successfully, too, I hasten to add! 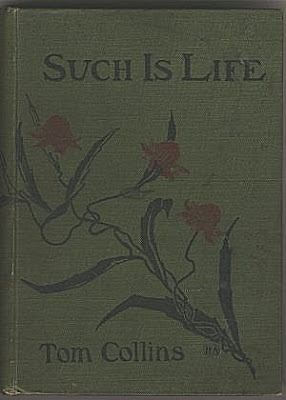 Posted by Robert Messenger at 08:45

What a uniquely wonderful looking typewriter. I have never seen one of these before so I know I am no help in your quest for advice. I say, explore, have fun, enjoy the experience. I know you will do a fine job on the cleaning.

The whole Franklin design is quirky, but it's easy enough to understand.

With a museum piece like this, with provenance, I wouldn't do a thing to it except dust it.

I'm with Richard on this. I would also suggest being careful about using a compressor on it to blast out the dust and suchlike. A lot of compressors give off enough pressure to blow out small and delicate old springs and flake paint.

If you are able to reduce the pressure on your compressor, or put it through a diffused tip that gives a wider blow from the compressor, should be okay.

Also remember that UV light often damages decal paint, leaving it easily damaged by water. I'd use a micro-fibre cloth to wipe over the main body to clean it.

Strip it down to the last screw and spring, drop everything into a bucket of strong caustic solution overnight and then rinse in used sump oil. Reassemble, then spray the lot with red paint - don't worry, it won't stick because of the oil. Put any leftover parts (there's always a few, right?) into your parts storage facility.

I think Robert should also add a "FunkOMatic" decal.