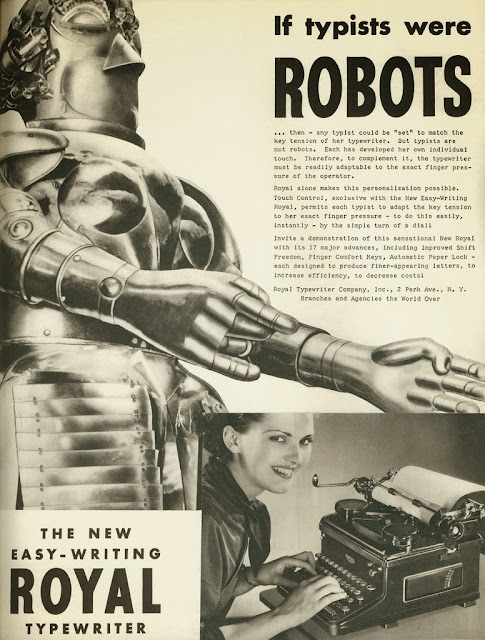 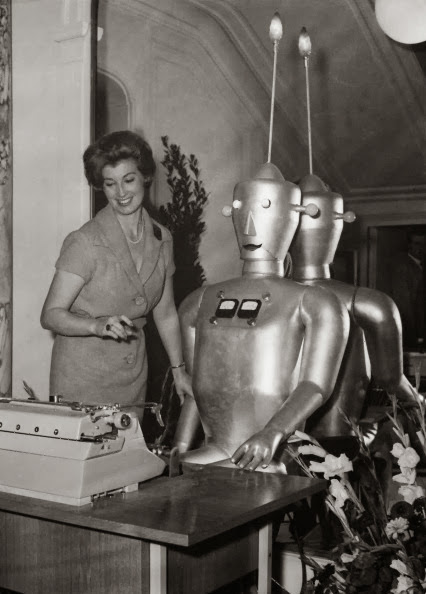 From the October 1960 International Office Equipment Show in Paris. No name for the robot, but it is using a Facit typewriter. 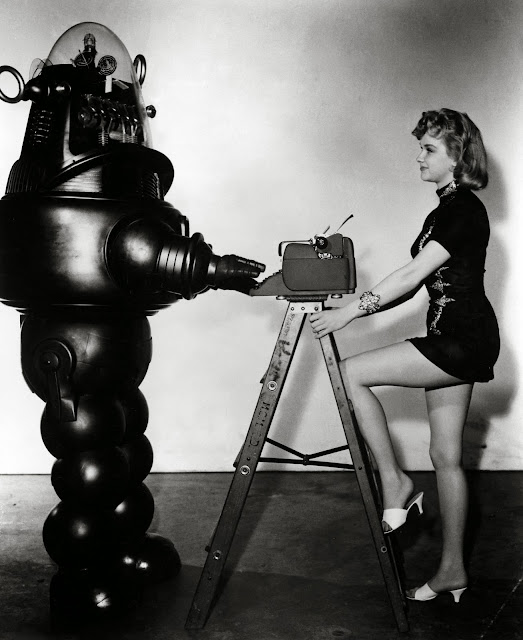 From the 1956 movie The Forbidden Planet, based on Shakespeare's Tempest. This one is Robby the Robot, Anne Francis is playing Altaira Morbius and it's a Remington SJ typewriter. Alta was born on the planet Altair IV in the year 2203. She was raised by her father, Edward Morbius, a reclusive philologist whose IQ had been boosted by alien technology, and Robbie the Robot, a unique invention of her father's. Amusingly, Robby the Robot was given a credit in the movie: 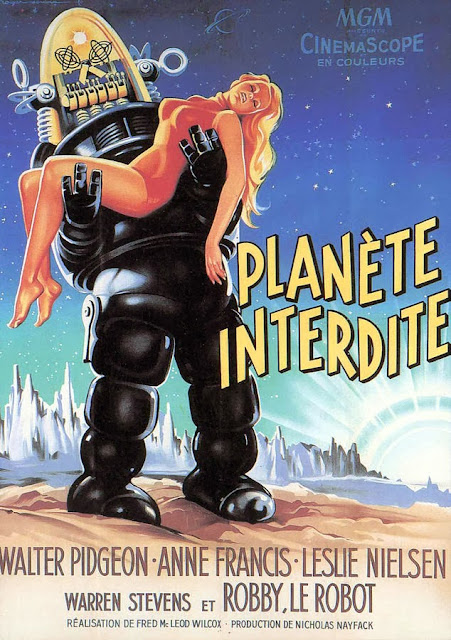 In February 1954, Sally Mansfield was on hand to help Garco, "Hollywood's first mechanical press agent", as he "batted out a hot press release about a new science-fiction movie called Gog. The new film is all about robots, so the producer though Garco would be the ideal fellow for the job of handling advertising, publicity and exploitation for it. Operated by remote control, the robot can perform with his arms and hands virtually on a level with a human. Garco, who represents a million dollars in electronic research, plans a personal appearance tour of the country in behalf of the movie." 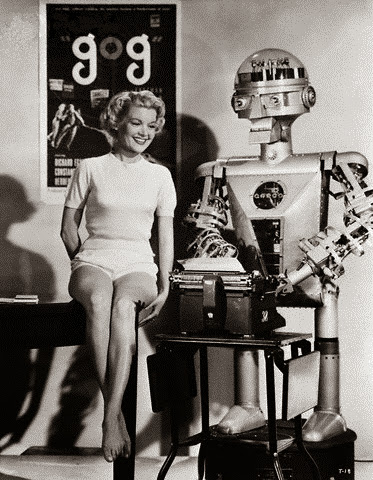 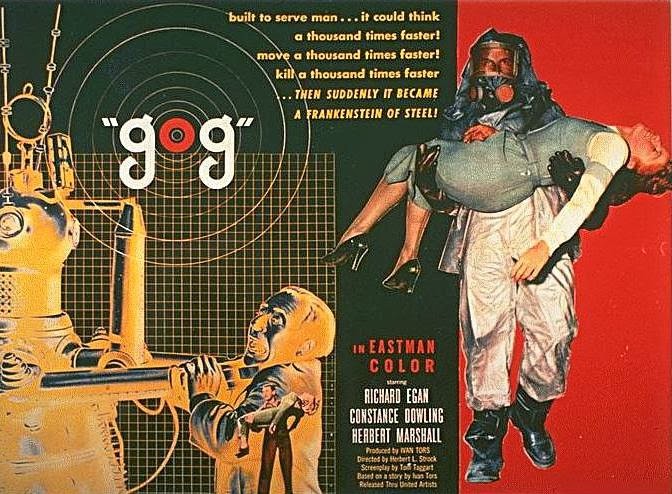 Posted by Robert Messenger at 15:46

Cool! Robots and typewriters go together like chocolate and peanut butter.