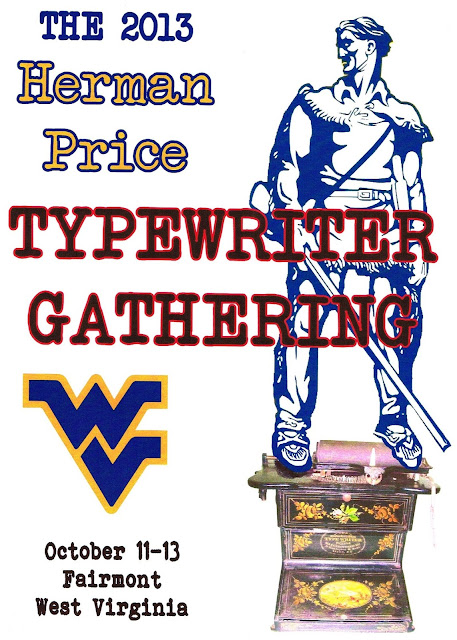 Starting to think about packing the bags already - and trying to remember what I promised to take for Richard Polt.
One month to go!
Flights booked, hotels booked, itinerary confirmed - all is (just about) in readiness. It's (almost) all systems go!
I can hardly wait ...
Only the second Australian (and first New Zealander) to attend a typewriter collectors' gathering in the U S of A (after Bob Moran, in Philadelphia in June 2000). 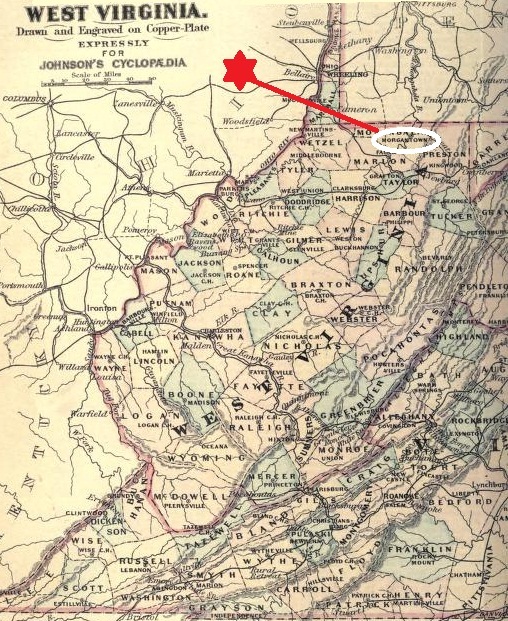 The road map I'm bringing for Richard Polt.
May be a bit out of date by now?

Trying now to keep the excitement in check! At least for another three weeks, anyway ...
In one month I get to meet: 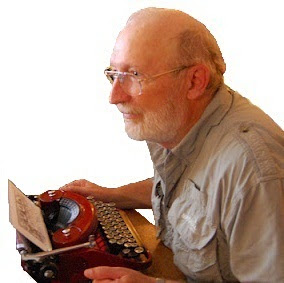 Will Davis
Martin Howard
Peter Weil
Alan Seaver
Paul Robert
(I hope he can make it)
Martin Rice
and so many others ... Fritz Niemann from Germany, Dave Davis, Mike Brown, Jack Knarr (I hope one-finger-typist, fellow journo Jack will make it), Don Feldman ... all on the "Must Meet Before I Die" bucket list - my mind is just swimming with names ... and with anticipation.
Eight years ago I was typing all these names in a Who's Who of the Typewriter Collecting World.
They were just names in big, bright lights for me back then. I'm not ashamed to say I hero-worshipped them (though it might embarrass them to see me write that!).
Now I get to meet these guys!
Wow!
Starting to think about making some T-shirts for the occasion, and putting together a few ideas for designs ... 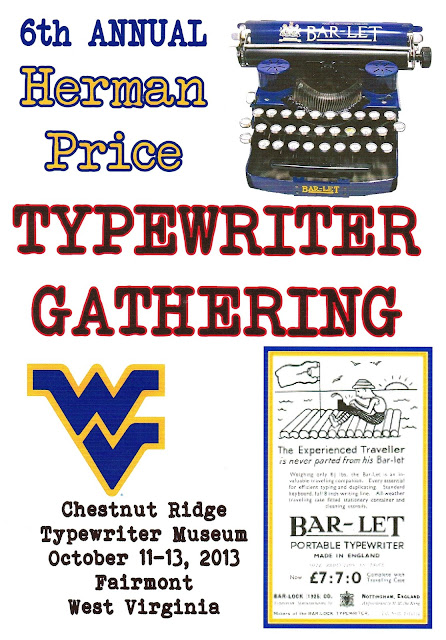 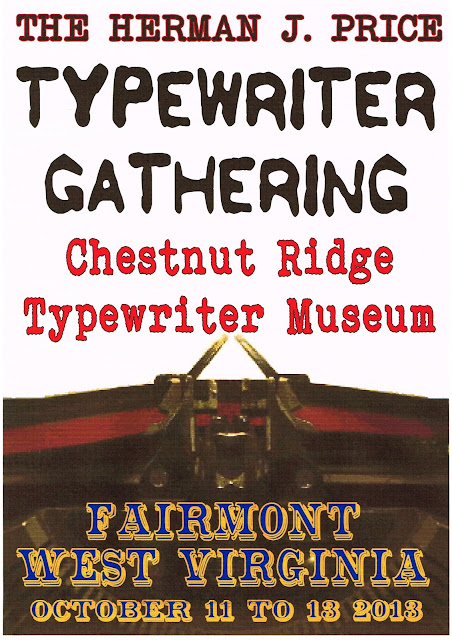 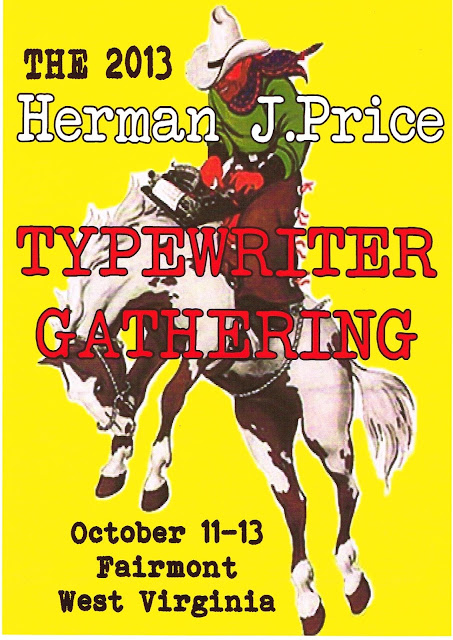 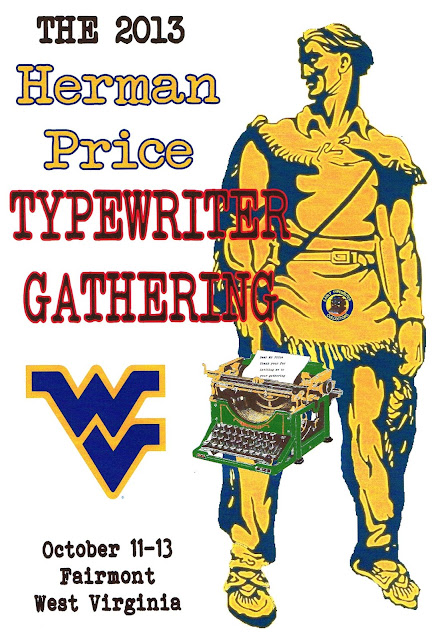 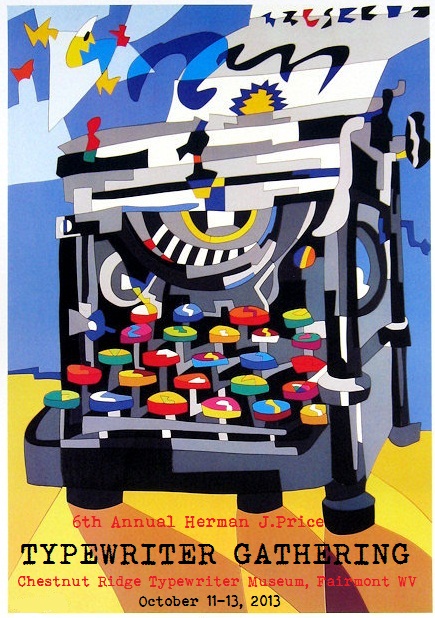 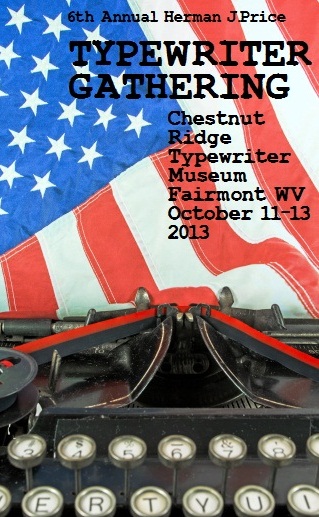 I fly into Cincinnati on Thursday, October 10, and drive to Morganstown with Richard Polt (and maybe filmmaker Doug Nichol) on Friday the 11th.  I imagine the typewriter gabfest on the drive to West Virginia will be one great way to warm-up for the weekend of October 11-13. Oh boy! Talk about typewriter heaven!

Almost heaven, West Virginia
Chestnut Ridge Museum
Monongahela River -
Life is old there
Older than the wedge
Younger than the Coliseum
Growin' like a hedge 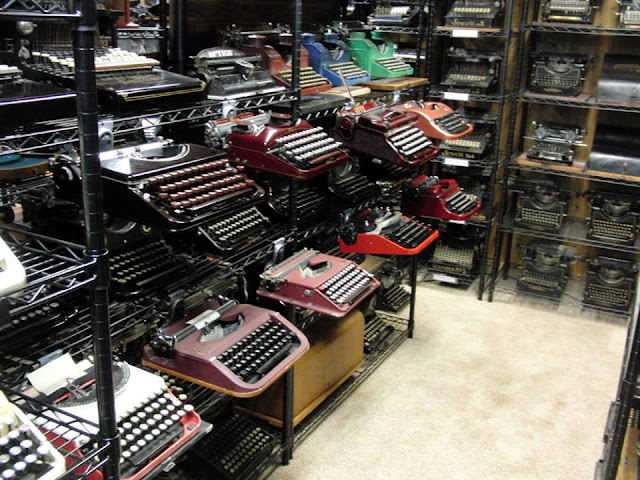 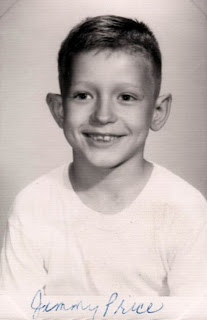 Posted by Robert Messenger at 16:27

Wow, all those illustrious typewriter people, and Robert Messenger?! A gathering scarcely to be missed! I can't wait to read the minutes of this meeting!

For what it's worth, I like the psycheldelic version of of the LC Smith/Remington 10(right handed return) typewriter.

have a great time Robert! I'm just sad that I'm not able to make it myself.

Another song for your trip, Robert. I sincerely hope you have a great time. Take ambrosia, they'll be hungry.

Exciting! Have a great trip!

OK, I'm expecting some fine reportage from you. How about some video interviews with all of those illustrious folks? I know Will Davis has the equipment and expertise. Heck, about any camera/phone would do the job these days. At least some nice still portraits so we can attach faces to the names. I can tell you are excited based on the creative output you are putting forth. And my T-shirt vote, too, goes for that wonderfully colorful Remington.

I'm looking forward to this a lot!

Maybe we should make a set of postcards from all those great designs.

I didn't know the Joni Mitchell song -- thanks, Rob.

We're looking forward to meeting you too. This is shaping up to be "one for the ages," isn't it? I like all of the designs you've shown! I think something of a souvenir nature would not be out of the question at all.

Have a safe and enjoyable trip. Sorry I cannot make the gathering.