Yikes! It's Back! The Clark Nova Typewriter Returns from its Long, Naked Lunch 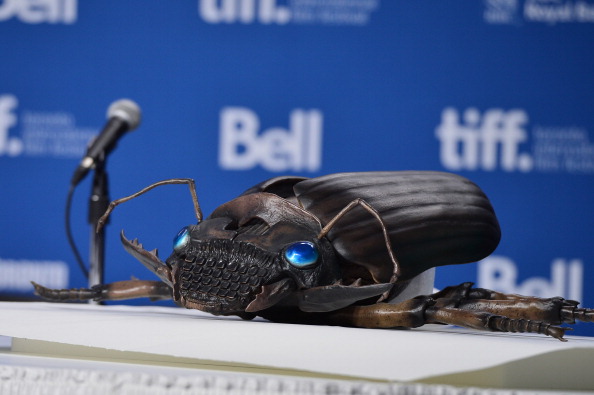 The Toronto International Film Festival earlier this month launched its upcoming Cronenberg Project - and there at the press conference announcing the event was the Clark Nova typewriter used in Cronenberg's 1991 adaption of William S.Burroughs' The Naked Lunch.
The giant beetle typewriter will be included in "Evolution", the exhibition part of the Cronenberg Project, which opens on November 1 at the TIFF Bell Lightbox in Toronto. According to one newspaper, the project embraces an "exhibition/retrospective/symposia/futuristic romp/art show/online experience/book launch and short film". It's been described as a "huge, multiplatform celebration of things Cronenberg".
Toronto born and bred, Cronenberg, 70, has been donating all his files and memorabilia to the festival's permanent home for the past 20 years, since TIFF director Piers Handling asked him, "David, let us be your garbage can."
Also featured among the memorabilia will be the pod from The Fly, the gynaecological tools from Dead Ringers ("I always thought someone could make a wonderful set of jewelry based on those"), and a re-creation of the bar from The Naked Lunch, complete with a Mugwump. 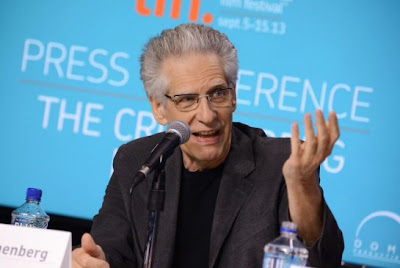 David Cronenberg at the press conference. 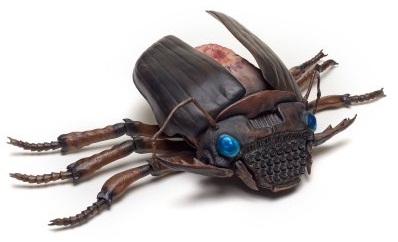 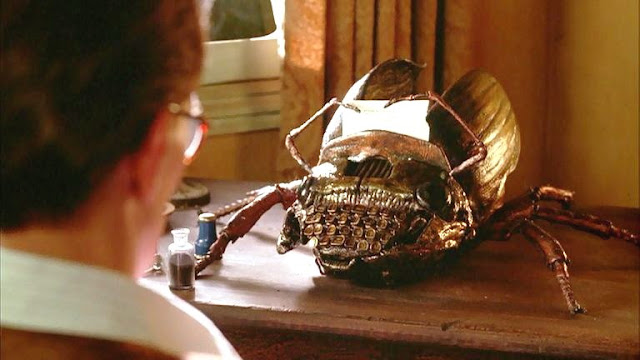 See Ted Munk's breakdown of the typewriters used in The Naked Lunch here. Also, the inspiration for all this can be seen in the Burroughs photo sequence on Richard Polt's "Writers and their Typewriters" page at his Classic Typewriter Page here. 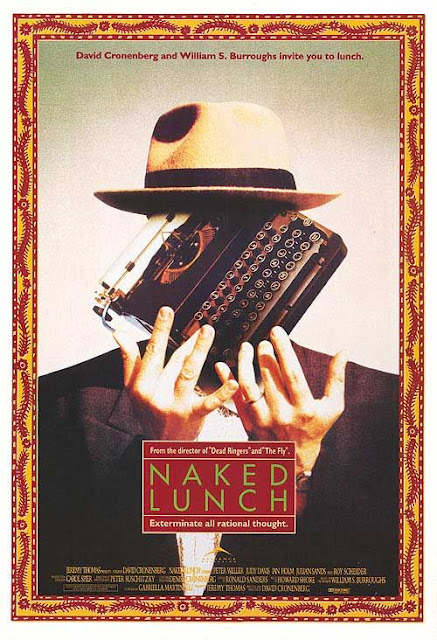 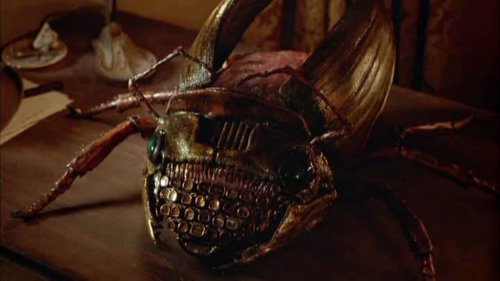 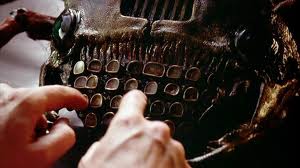 Posted by Robert Messenger at 16:04

Rather than debugging could this be called bugging a typewriter?

It's good to see that some of those props survived. I've always been curious to find out of the actual typewriter props survived, but it seems unlikely, given that they all end up smashed in the film itself.

At some point, I'd eventually like to build a Chark Nova clone.. but it would probably require keychopping a Royal for the tombstone keys. :P

A truly wnderous thing! Khafka could not have done better!

Hi Randy. I think its a Corona.

they were high on their own bug powder when they made this film!