'The Best Offer' & The Smith Premier No 10 Typewriter 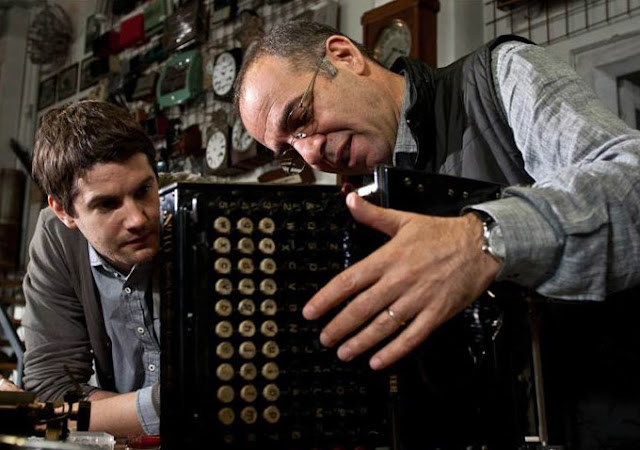 The Best Offer's Italian director Giuseppe Tornatore gives British-born actor Jim Sturgess some pointers on what to convincingly poke at with a stick under a Smith Premier No 10 typewriter, before shooting a scene in the movie. 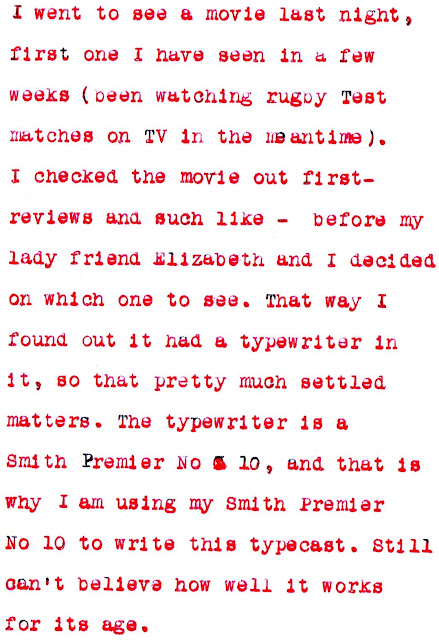 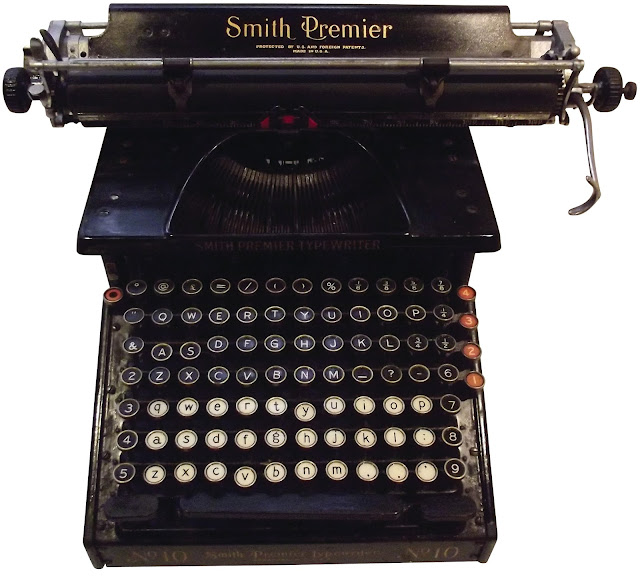 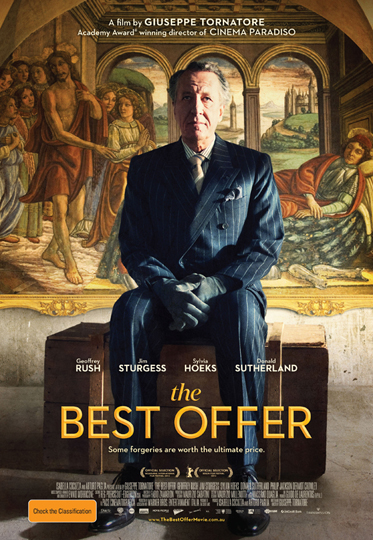 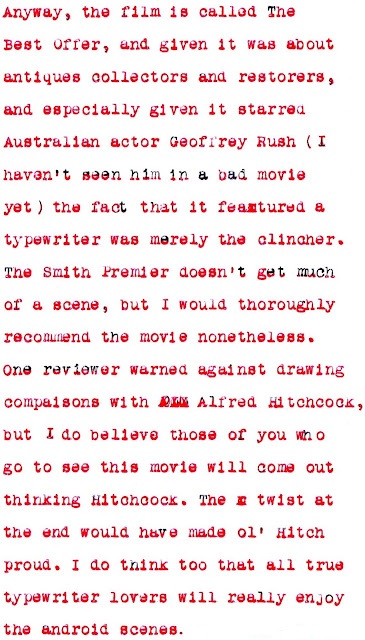 Geoffrey Rush seems keen on movies which feature fine old typewriters. He was seen using an Oliver in The King's Speech: 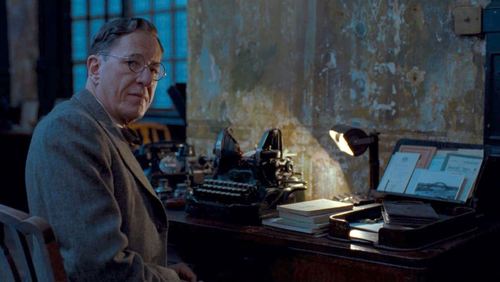 The role Jim Sturgess plays (that of Robert) is apparently that of a "riparatutto", a skillful all-round mechanic - "surrounded by old typewriters, mechanical toys and the like." The carriage has been removed from the Smith Premier in this publicity shot: 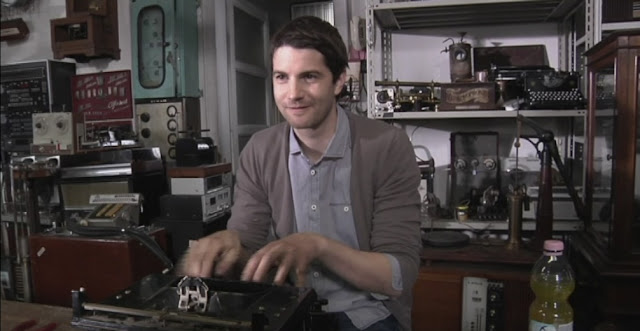 Typing on a Smith Premier without a carriage aside, I found this movie aptly fitted the Urdu word "goya" - that is, "the suspension of disbelief that can occur, often through good storytelling". One reviewer wasn't prepared to cut the movie some slack and experience a bit of "goya" herself (most reviews are very favourable). She wrote:
"While Rush seems to have some fun devolving from stiff, pompous, starched snob to sweaty old fool in love, Sturgess is just confoundingly miscast or misdirected into a performance so odd that it actually warps our idea of the film's location (never very clear anyway) - wait, are we in Italy, as the buildings suggest, or the East End of London? And would a friendly Lothario with a genius for mechanics be able to make the kind of wage from a shop in which he appears to mostly mend old typewriters for free (and refuse cheques from people) to be able to dine in these improbably fancy restaurants?" (Actually, Rush, as Virgil Oldman, shouts Robert and his girlfriend dinner at this "fancy restaurant" - I thought that bit was pretty obvious!)
At least Sturgess looked a little more competent poking about under the Smith Premier No 10 with a stick (with Tornatore's coaching) than Australian actor Yahoo Serious (I'm serious, that was his name) did when wielding a screwdriver near a typewriter in the 2000 Aussie movie Mr Accident: 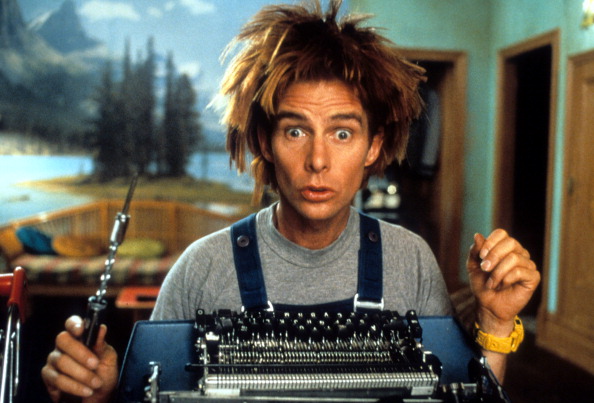 Come to think on it, Yahoo looks a bit more like me when I take the mask off a typewriter!
Posted by Robert Messenger at 17:48

I well remember Mr. Serious, and his predictably short film career. I hadn't heard about "Best Offer", but will eagerly keep an eye out for it. Looks interesting!

Hadn't hear about this movie either. Sound great! Besides the Smith Premier I see another typewriter in the background.

Looks like a great movie! I'll be watching for it.

Thanks, I'll keep this film in mind. Rush is very good.