Toward the end of his otherwise marvellous 1954 book The Typewriter and The Men Who Made It, the late Richard Nelson Current annoyingly leaves, in the mind of the reader, a few more questions than he provides answers.
What exactly was the nature of the relationship between James Densmore and his two stepsons, Walter Jay Barron and Ernest Ryan Barron? Current thoroughly examines the turbulent 46-year (January 1853-September 1889) history of dealings between Christopher Latham Sholes and Densmore, as well as the often testy and mealymouthed exchanges between the Densmore brothers, James, Amos and Emmett. But the Barron brothers remain relatively mysterious figures.
Why was Walter cut from Densmore's will? Why was Ernest the so-called "loyal" one, the brother who, after Densmore's death in 1889, had badgered Christopher Latham Sholes for patent signatures on Sholes' own deathbed - for no other apparent reason than the benefit of Densmore's estate? And at what point did Densmore and Walter Barron fall out, after working so closely together on the early development of the Sholes & Glidden? Why did Walter side with James' more avaricious brother, Amos Densmore? What exactly was the role of either Barron brother in the early history of the typewriter?
Current also refers to James Densmore, in his dying days, being pursued - and sued - by George Washington Newton Yost, Lucien Stephen Crandall and Alexander Davidson, each of them vehemently disputing with Densmore the ownership of certain typewriter patents. Where exactly - and how - did Davidson fit into all this?
For some answers to these questions, and some insights into the lives and accomplishments of the Barron brothers, Yost, Amos Densmore and Davidson, as well as Thomas Hall, Charles Spiro and Byron Alden Brooks, we can refer to the 1893 Volume III of The National Cyclopedia of American Biography, and the entries for these men. Note:
. Walter Barron claims most of the credit for the Caligraph and the Densmore, a lot of it for the Franklin and some of it for the Yost. But there is no mention in his biography of James Densmore or of his brother, and he does not name his parents! (His widowed mother, Adella, married James Densmore.)
. Ernest Barron claims much of the credit for the Caligraph as well, and some of it for the Densmore and Yost. He does not mention his brother.
. Alexander Davidson claims much of the credit for the Yost.
. George Yost gives credit for the Caligraph to Franz Xaver Wagner, but claims to have given "life, health and development [to the typewriter]" and made the typewriter a financial success which "created a new industry" that "revolutionised office methods" and gave employment to thousands of men and woman.
. By comparison with this lot, Thomas Hall, Charles Spiro and Byron Alden Brooks seem much more modest men.
. Apart from his typewriter inventions (the Peoples [later the Champion], Crown, Philadelphia [which, according to Mares, looked like the Gardner] and Brooks), Byron Brooks is said to have had a hand in the development of the Linotype machine. 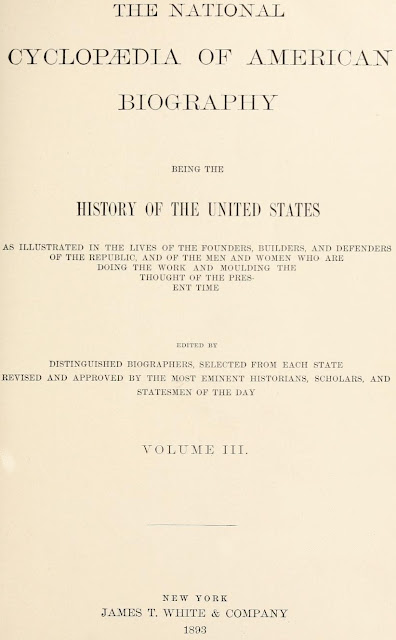 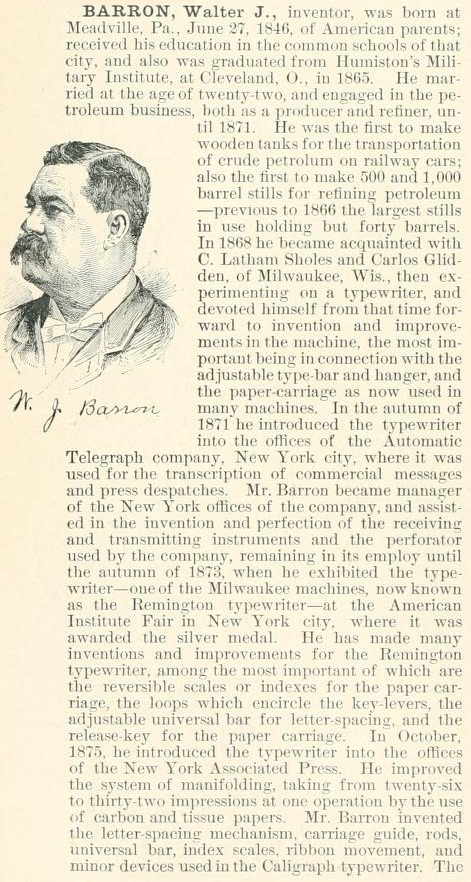 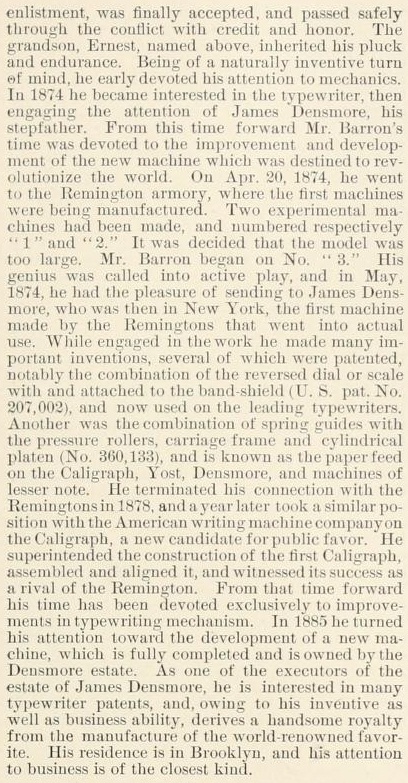 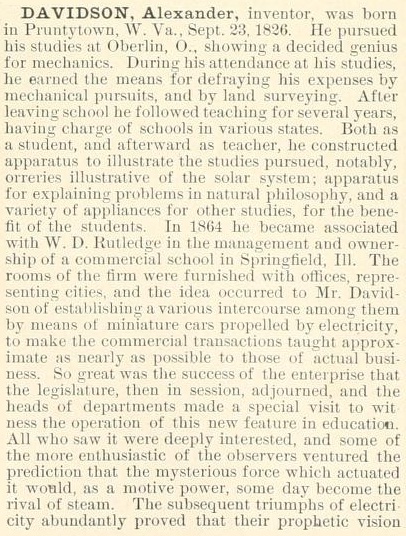 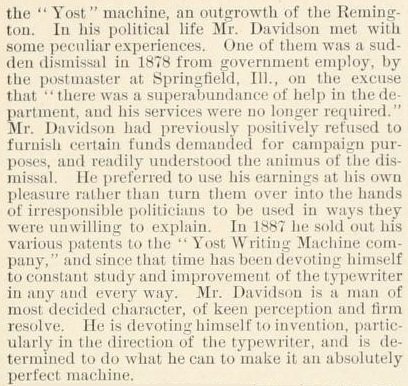 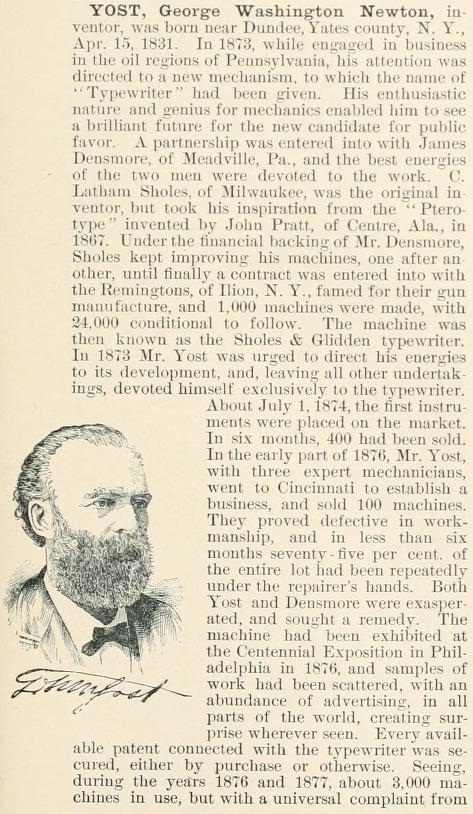 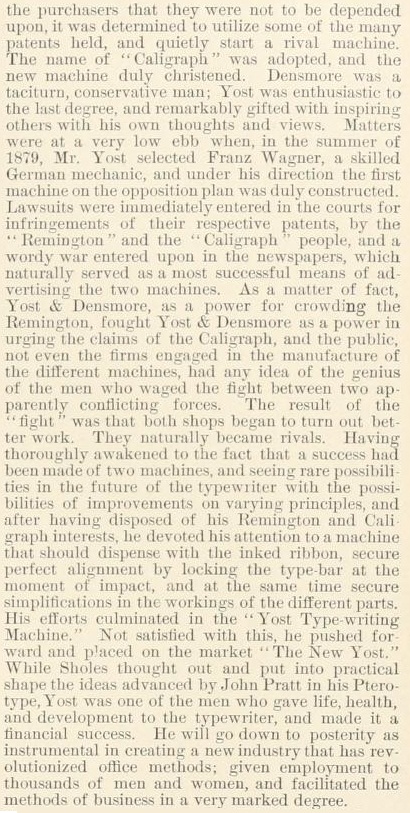 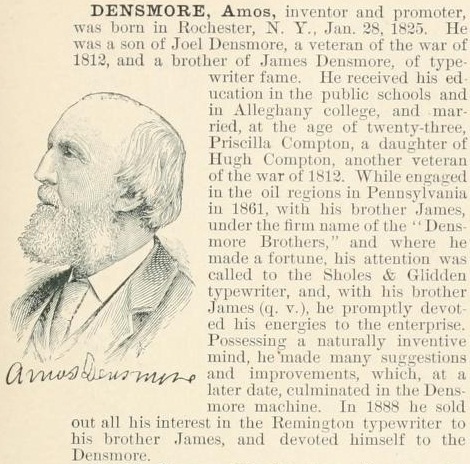 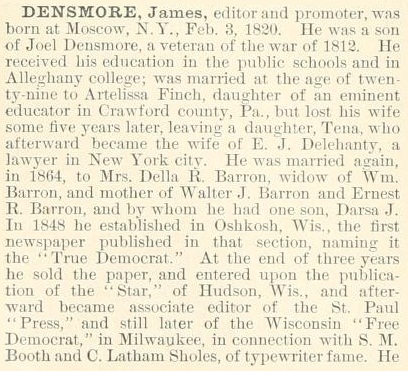 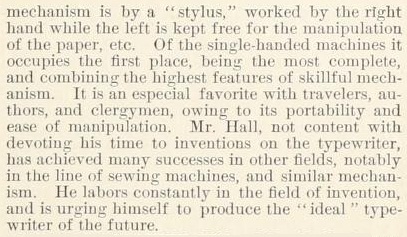 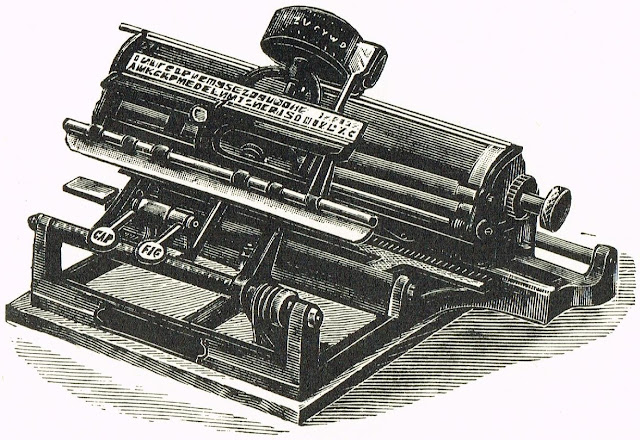 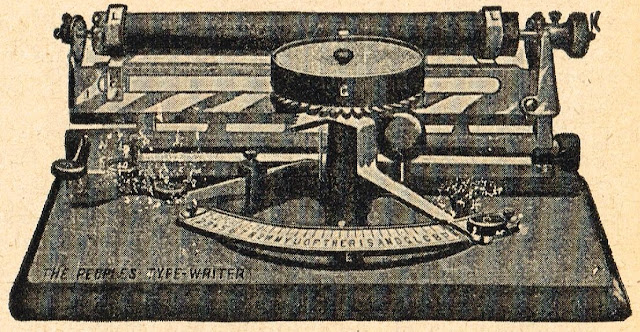 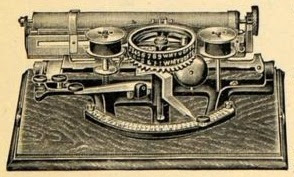 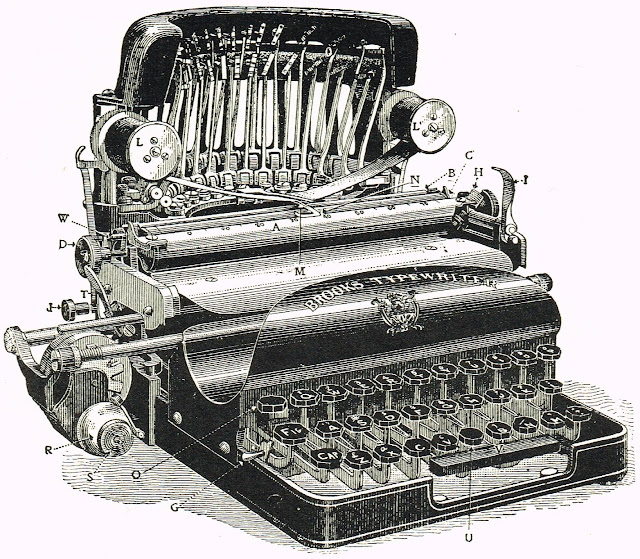 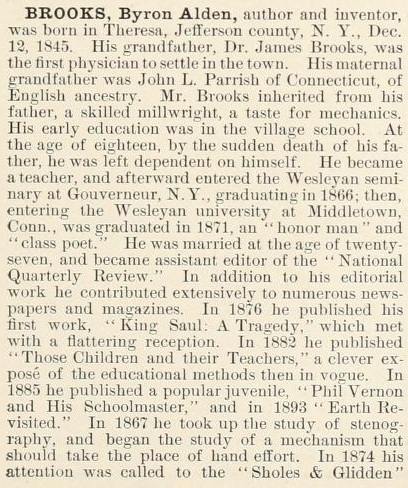 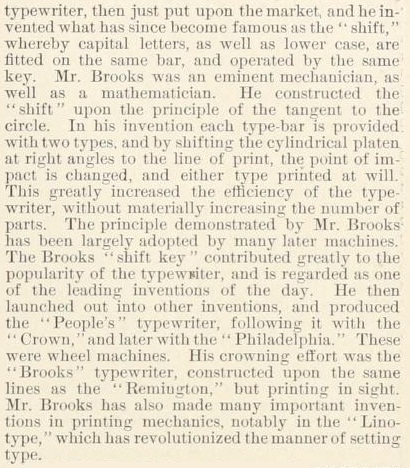 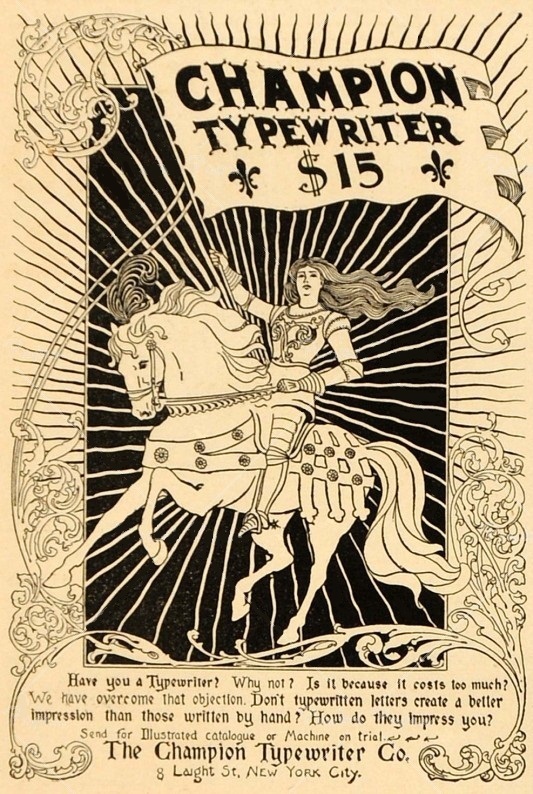 Posted by Robert Messenger at 12:35

Great post. I would love to see a Brooks typewriter like that in person. It is an interesting design.

Thanks for digging up this information; it's great reading! The personal interrelationships are very interesting - and they're a not too often commented upon but essential dynamic of the early industry.