Everything New in Portable Typewriters is Old Again 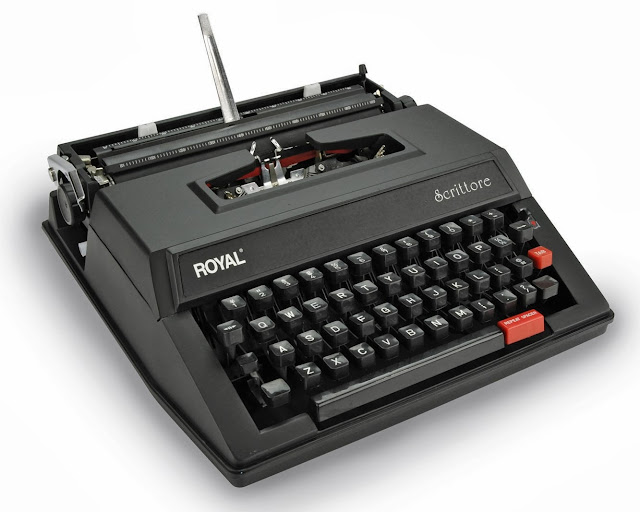 The first version of the Royal Scrittore, still for sale (new) by Adler Royal on Amazon, for $US118.99. 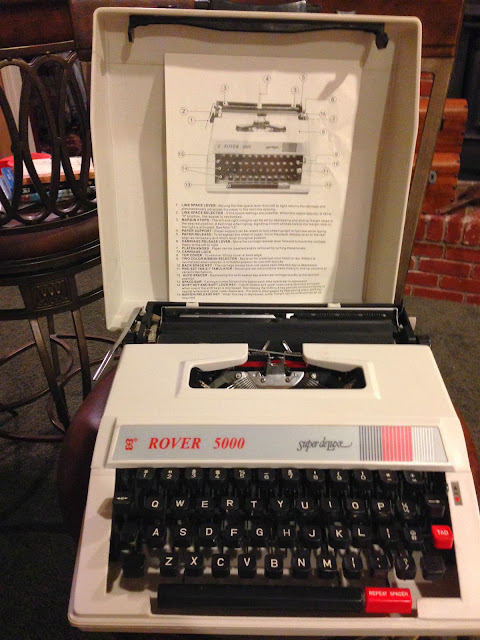 The same typewriter now being offered (as a Rover 5000 Super Deluxe) - a "looks-like-new collectible" - on US eBay for $US44.99
It would surely not have been often in the 139-year history of the typewriter trade that a brand-new portable typewriter was being offered for sale at the same time as it was up for auction as a "collectible".
Mind you, some people who have bought Chinese-made portables new and have been so disgusted with them that they have put them up for sale on eBay almost immediately.
At least partly for that reason, perhaps Chinese-made Rover 5000 portables pop on eBay in various parts of the world more regularly than I am aware. But this morning I noted the one above listed as a "collectible type writer" from Hutchinson, Kansas (item #121232433219). 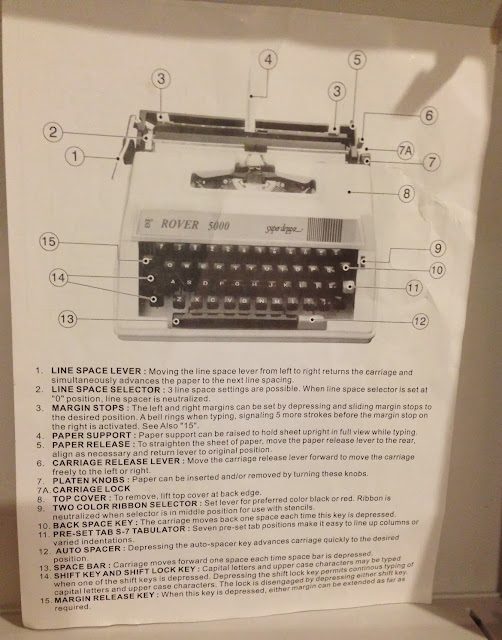 The "Buy it Now" price is $US44.99 ($A49.44) and, given the reputation of this line, it will be interesting to see if it fetches that much.
Meanwhile, over on Amazon, the exact same typewriter is still for sale as the Royal Scrittore - at $US119.
This "revived Royal" model was reviewed by me in my first "Portables, ETCetera" column, in the September 2012 edition of ETCetera. 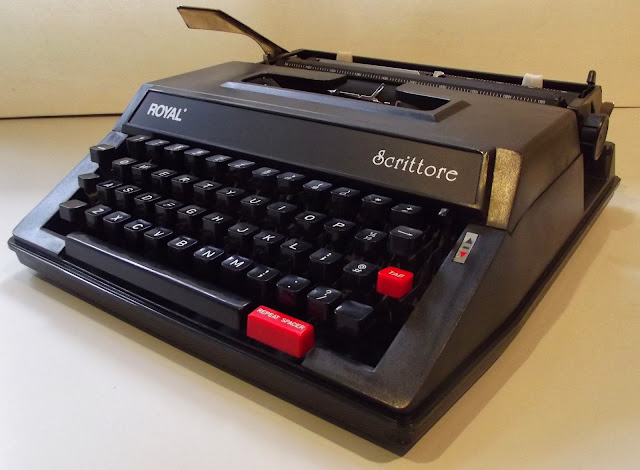 My Scrittore I
It has since been succeeded by the Royal Scrittore II, which is  the same typewriter in the resurrected "modernistic" casing of the Olympia Traveller C. 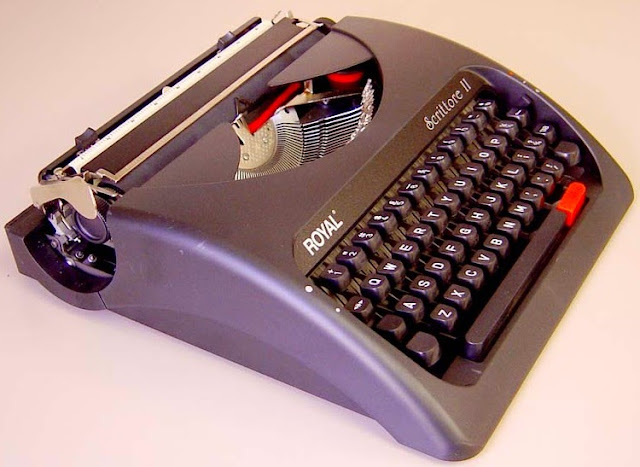 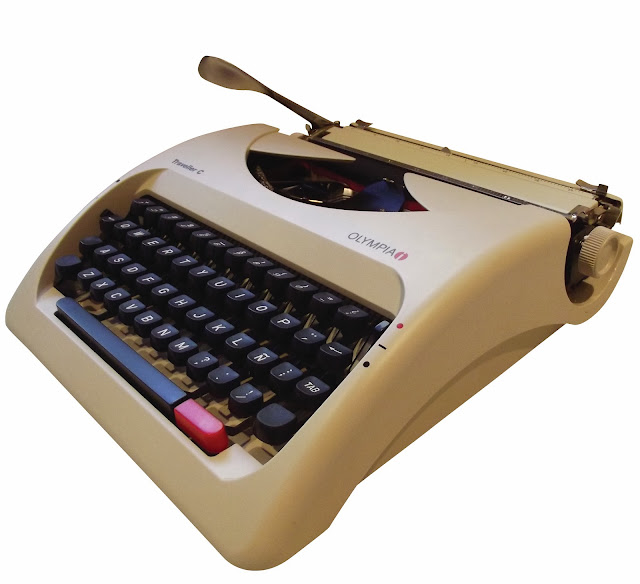 My Olympia Traveller C
Richard Polt reviewed the Scrittore II on his Writing Ball blog here.
These Scrittore IIs can be bought for $185 here. Believe it or not, they are "out of stock" at Amazon - there must have been a run on them! (But perhaps not based on Richard's review?)
There are a few of the Scrittore Is at WordPlay in Cincinnati: 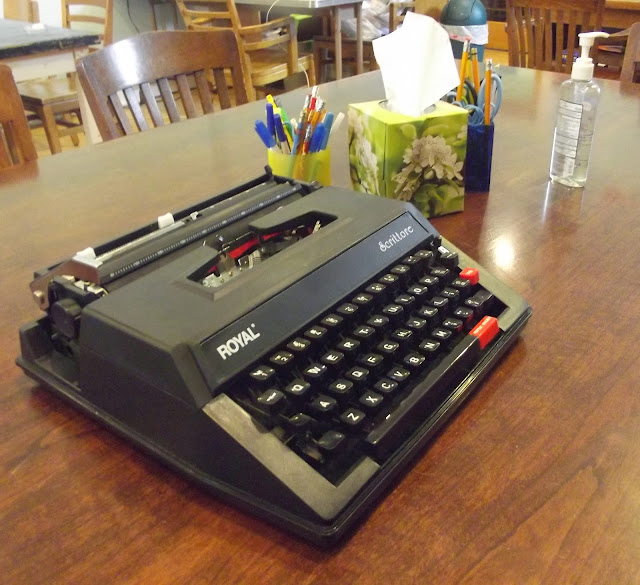 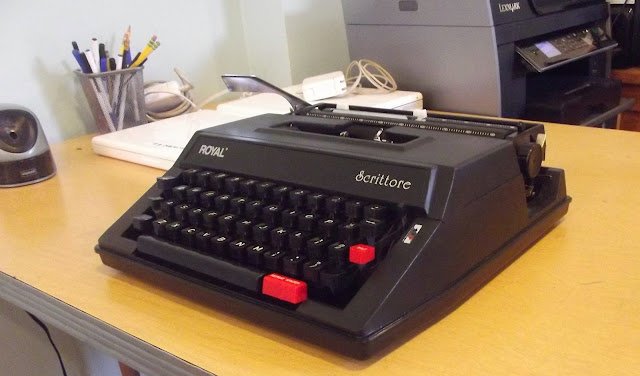 I readily confess that about eight years ago I bought a second-hand Rover 5000 and a Generation 3000 on eBay, including in the US, but purely out of curiosity. Naturally, I regretted having done so, but not so much as buying a new Olivetti MS25 Premier Plus (same line).

My Rover 5000s are the same model as the plastic Olympia Splendid. The Generation 3000 is the same as the Royal Scrittore I. In other words, these models have been around for more than 10 years now, possibly more than 15, and therefore I suppose they could be considered "collectibles". 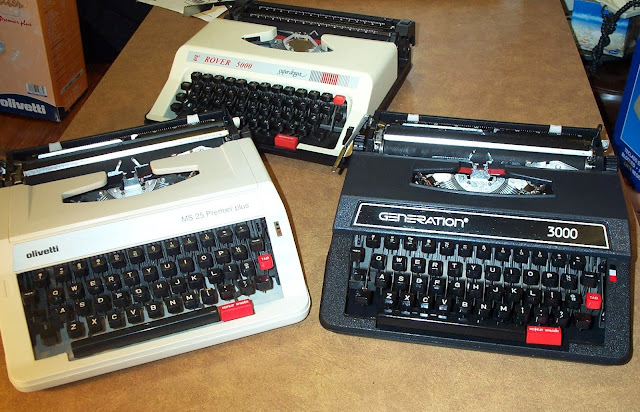 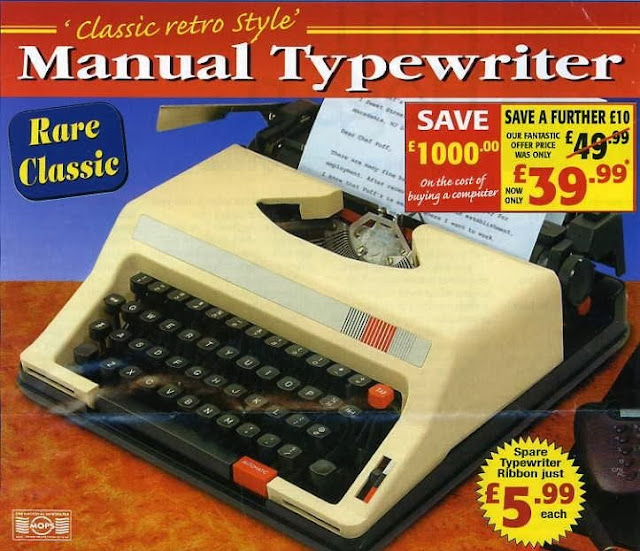 The Scrittore (it’s Italian for writer) series was launched by Royal Consumer Information Productions in Somerset, New Jersey, in January 2012. It replaced the Royal ME25, RoyType MS25 and the Olivetti MS25 series. The typewriters are made by the Shanghai Weilv Mechanism Company (established 2004) in the Luxiang Industrial Zone, south-west of Shanghai City. 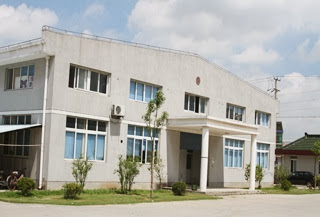 The Scrittore's initial advertising lines included: “[It] offers essential functions that are easy for even the most grizzled sportswriter to operate.” “Not a reconditioned model, it is one of the few manuals still being manufactured today, with a compact profile reminiscent of Olivetti's iconic Lettera 22 typewriter that was favoured by journalists and students in the 1950s.” 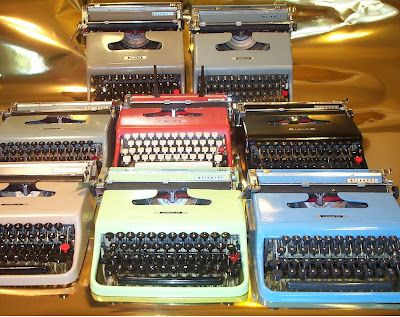 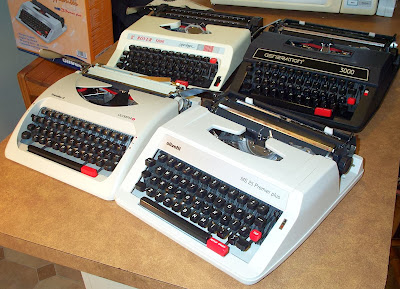 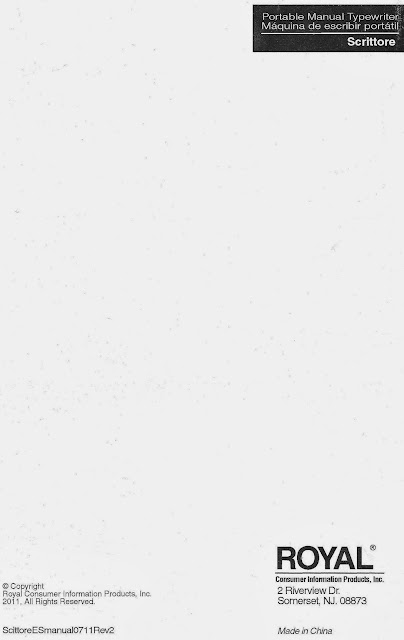 “This is the classic manual typewriter reminiscent of those used by Ernest Hemingway, Tennessee Williams and Jack Kerouac to create their classic literary works … it recalls the thoughtful, well-written correspondence of yesteryear. Devoid of technological crutches such as spell-check and deletion, each of its 44 keys requires a firm, purposeful stroke for a steady click-clacking cadence that encourages the patient, considered sentiment of a wordsmith who thinks before writing. Using a 10-characters-per-inch Pica 87 font, it faithfully reproduces the eclectic printed impressions of its forebears - variable kerning, subtly ghosted letters and nuanced baseline shifts - imparting unique, personal character to every letter, piece of prose, or verse of poetry.”
IMAGINE, IF YOU CAN ... 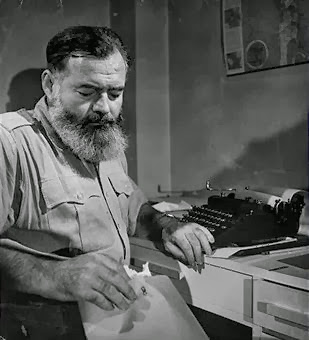 "Blow this old thing," says big Papa. "Quick, give me my Scrittore!" 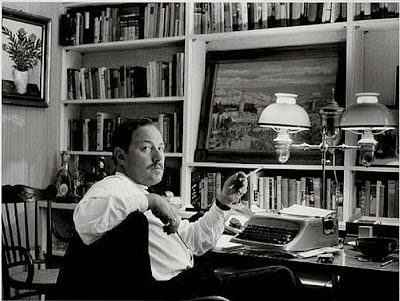 When buying on Amazon, the Scrittore’s distributor, via Elite in Hong Kong, is a division of the New Jersey-headquartered Acedepot called Pop Pop. This company, which handles a range of manual portable typewriters, intriguingly shares the same Charlotte, North Carolina, address as Nakajima-North American Distribution (both are part of the Carolina Wholesale Group, Arlington Industries). Nakajima, which maintains links with China, claims that for more than “35 years [it] has been the ‘behind the scenes’ designer and manufacturer of many of the industry’s best known typewriter brands throughout the world”.

Don't forget the Rover Carina 2, also being sold as the Royal Epoch.

"The Royal EPOCH Manual Portable Typewriter, which replaces the Royal ME25, the Royal Scrittore and the Olivetti MS25 manual typewriters, is the perfect low cost solution for the home or office that is in need of an occasion typewriter for carbonless forms or envelopes. This is a brand new machine, not refurbished or used. This typewriter brings back memories for those who used a good old-fashioned typewriter, back in the day, and is great for creating labels, typing envelopes, and filling out carbonless or regular forms - tasks that can take too much time or effort with a computer and printer. This manual typewriter is fun to share with children who have never used, or even seen, a good old-fashioned typewriter, and makes a great nostalgic conversation piece, when it's not in use! The portable typewriter ships with a clamshell carrying case, which is great for moving from location to location, or just for general storage of your new machine."

Thanks Richard. Yes, I did read Will's excellent post on the Rover Carina, but wasn't aware of it also being sold as a Royal Epoch. Presumably the mechanics are the same, just a slightly larger mask? What really interested me here was that essentially the same typewriter was being sold as a "collectible" and "new" at the same time.

I guess if it's second-hand, used (and the same model has been around, say, 10-15 years) that makes it "collectible". But what fascinates me is whether someone would prefer to buy this Rover at $45, or buy the same machine as a Scrittore new at $119.

I own two of these, the Olivetti and the identical Royal. Both are really awful to the point it is impressive how bad they are. The Royal was actually my first typewriter. I guess it is amazing I stuck with it.

Those travesti Olivettis are dreadful!

With these machines, and knowing the opinion you, Richard et.al. have about them, if I was determined to add a plastic-bodied typewriter to my collection, I'd probably try to buy the thing new, if not for other reasons, because that way I would get a warranty (for what it's worth), and I can be confident that the machine has not been abused by people who no longer know how to use a typewriter and tend to jam the keys and otherwise mistreat them.

It's nice to know what to avoid. I'd really have no idea without recourse to references like this. Thanks Robert :)

Seriously? The company that imports the last newly manufactured manual typewriters in the US is named after the catchphrase of "Magnitude" on the TV show "Community"?

Yes, they are reminiscent of the Lettera 22 when you squint your eyes, walk twenty paces away from them, and look in the opposite direction...

My first manual typewriter was....I THINK, an Olivetti. That was 30 years ago or more. Wish I had kept it, but hindsight is 20/20 . Now, in addition to my computer, I have a electric typewriter that I use when I am SERIOUS about getting some writing done. Brother GX-6750

Computers are a blessing when it comes to editing, but if you really want to get some work done, the internet has to be off, or the temptation to check emails or go to Youtube for the latest in cute cat videos is too much to withstand. On my typewriter, about fifteen years back, I wrote a full script. It got rejected, but I got it written.

I'm writing this post with a keyboard reminiscent of electric typewriters. There's a rhythm to the sound of typewriter keys that puts the writer in the perfect ZONE once we get going. Maybe it's just me, but part of the reason typewriters are coming back into vogue has to do with the distraction-free aspect of it. And the sound the keys make.