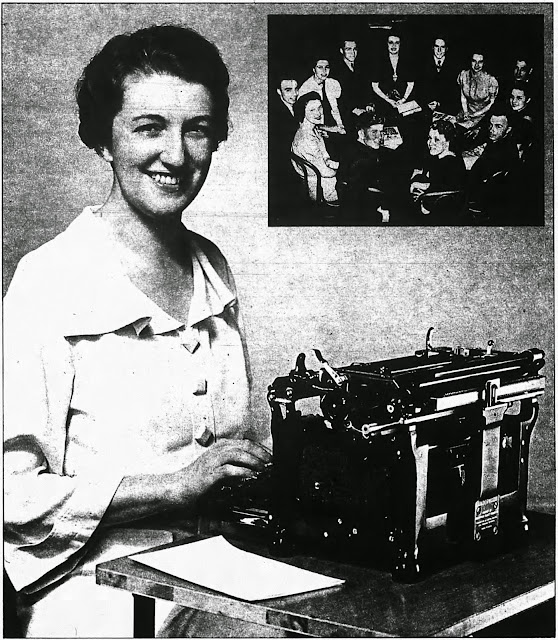 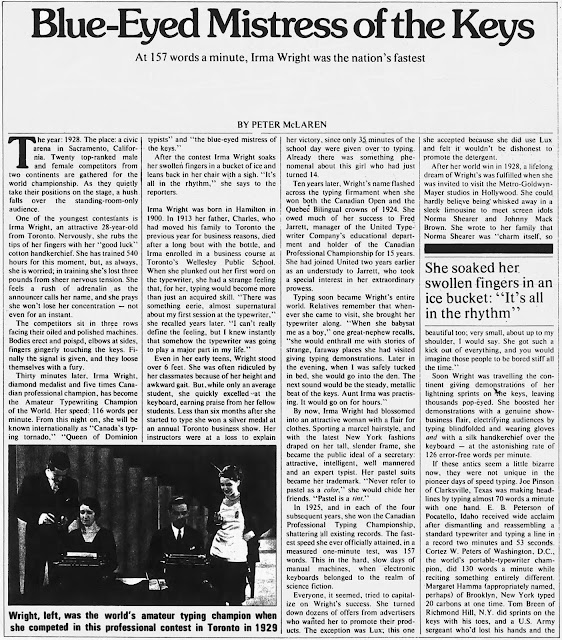 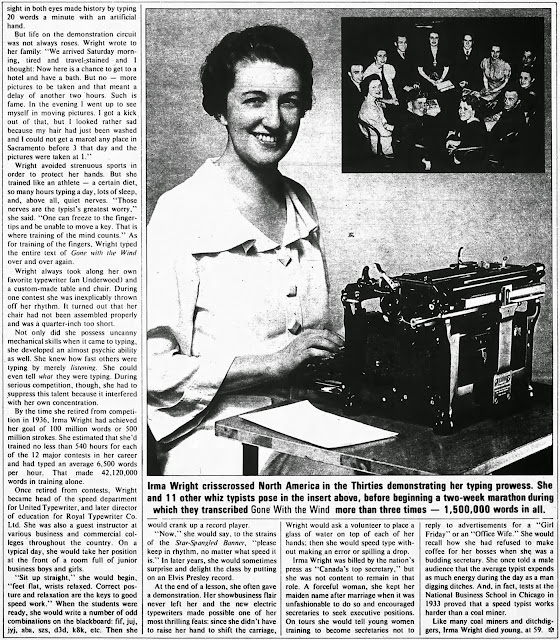 *The author of this piece, Peter McLaren, (born Toronto, August 2, 1948) is a nephew of Irma Wright. This was his first published article. McLaren is Distinguished Professor in Critical Studies, College of Educational Studies, Chapman University, California, where he is co-director of the Paulo Freire Democratic Project. He is also Emeritus Professor of Urban Education, University of California, Los Angeles, and Emeritus Professor of Educational Leadership, Miami University of Ohio. He is also honorary director of the Centre for Critical Studies in Education in Northeast Normal University, Changchun, China. He is the author and editor of over 45  books and hundreds of scholarly articles and chapters. His writings have been translated into over 20 languages. McLaren lives in Orange, California. 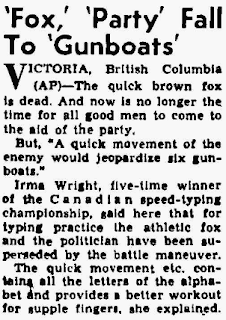 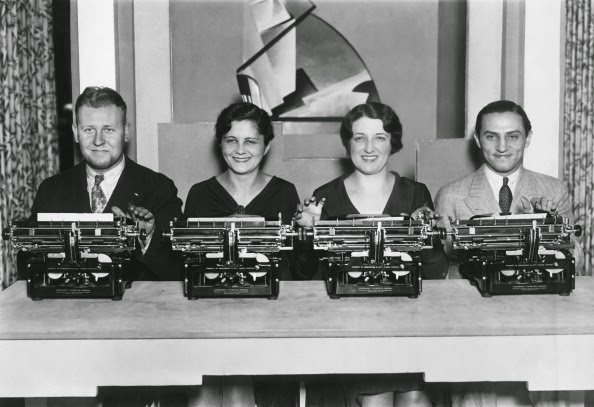 Irma Wright, second from right, with, from left, George Hossfeld, Stella Willins and Albert Tangora at the National Business Show, Grand Central Palace, New York, 1929
Irma Swinburn Wright was born in Wentworth, Ontario, on March 18, 1899. Typing for the Underwood team, she was elevated to the professional division for the 1929 world championships, which were held in Toronto and won by George Hossfeld at 135 words a minute. Wright set a Canadian record of 118 words a minute in 1936, matching it in 1938. The next year she was appointed coach of the Canadian team for a Test event against the US. 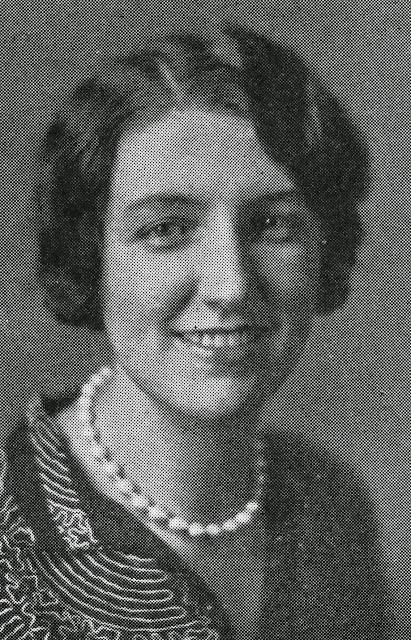 Posted by Robert Messenger at 09:23

Hello,
I have an old Q & A card my mother submitted to Irma Wright.

The front of the card has Irma's picture and qualifications on the left side & Irma's response to the question appears on the right. Irma's signature, in blue is sprawled under the typed/printed response. (I have a PDF of the card if you would like to see it.)

Do you know the time frame this was done? I am thinking mid 1940s. Any information you have would be appreciated.

Sorry Michelle, I know nothing about Q & A cards. I would like to see this one.

Hi Robert. I have a PDF of the front & back of the card. Please let me know how I can get it to you.