Thoughts on the Death of Phillip Hughes

A young Australian man, Phillip Joel Hughes, just days short of his 26th birthday, was killed playing cricket on Tuesday. One leading cricket official has said his death brought an awful reality to the much overused word "tragedy". Many euphemisms have been used in the past 16 hours, all naturally aimed at lessening that awful reality. The harsh truth is that Phil Hughes was killed playing our most popular organised sport, not just in the middle of one of our most beloved sporting arenas, but in front of a group of some of his closest friends and admirers, teammates and opponents, a sprinkling of spectators and a live television audience. That's what happened. No point in shying away from it. A rock-solid 160 gram cricket ball, moving at probably more than 50 miles an hour, hit him on the neck below and behind his left ear, compressed and split his vertebral artery, and caused massive bleeding to his brain. He collapsed on to the grass in the centre of the Sydney Cricket Ground, never regained consciousness, and died in a Sydney hospital last evening. 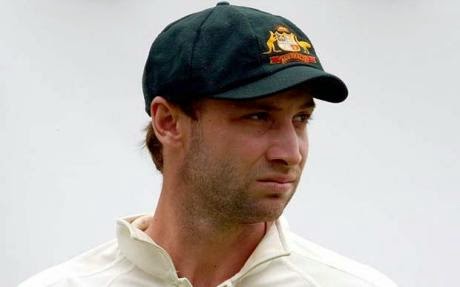 The entire nation is, we are assured, in deep shock and mourning. The Prime Minister has led wave upon wave of messages of sympathy. Flags are being flown at half-mast. International and domestic cricket matches have been suspended. TV and online news broadcasts and print newspaper pages are saturated with stories of Hughes's death. Did this happen when Emile Griffith beat Benny Paret to death in the ring at Madison Square Garden in March 1962? No? Well, this is not a "contact sport", yet it's still a professional, organised "pastime", one we tend to cherish - in the form of its fast bowling - as at least bordering on gladiatorial.
It's estimated that as many as 153,000 people die in the world each day. Many die in such appalling circumstances that it's almost impossible to get one's head around that terrible figure, let alone one's emotions. So why has the death of Phil Hughes cut so deep into the hearts and minds of Australians?
Among cricket enthusiasts, Hughes was, without doubt, a much-liked young man. He exemplified all those attributes that Australians like to fool themselves into believing they share - quiet modesty mixed with a certain bravado, stoicism with a swagger, a natural athletic ability to match a "never say die" attitude. As if using Rudyard Kipling's If as his credo: "If you can meet with Triumph and Disaster and treat those two impostors just the same..." Like Bradman, he was a "country kid", in his case from a small New South Wales town (Macksville) with which I am so familiar. Best of all, he was a "fighter", and a bloody good cricketer, an exciting batsman.
Cricket is our one true national sport. It is to us what baseball is to Americans, a part of our culture, a national institution. Australians love nothing more than to bask in the glory of the success that our national team - of which Hughes has been a part - brings in Test matches against those few other cricket-playing nations. The traditional foe is England, the "old enemy".  Last summer I was one of hundreds of thousands of Australians, sitting on the edge of my couch in front of a TV set, in the safety on my lounge room, yelling my approval as an Australian fast bowler, Mitchell Johnson, came steaming down the wicket to bowl balls at close to 100 miles an hour, short-pitched "bouncers" aimed to rear up sharply at the heads of the English batsmen.  It was called "intimidatory" bowling, and it was massively successful. We won back "The Ashes". Like those tens of thousands who were at the Test match grounds watching Johnson bowl, we roared our encouragement and cried out to see English blood spilled on to our sporting pitches. Later, in South Africa, Johnson drew blood from Ryan McLaren's ear, then broke his arm. We cheered him on. We were no better than the heathen Romans who cheered on the lions.
It all got so silly that English TV host Piers Morgan implied his country's cricketers were quivering cowards when they faced Johnson, and put himself in front of 100mph deliveries from Australian fast bowler Brett Lee. Lee left Morgan with a broken rib and a body black and blue with bruises. New Zealand cricketing great Sir Richard Hadlee called the ridiculous exercise "life-threatening". Only now do we realise how accurate that was. 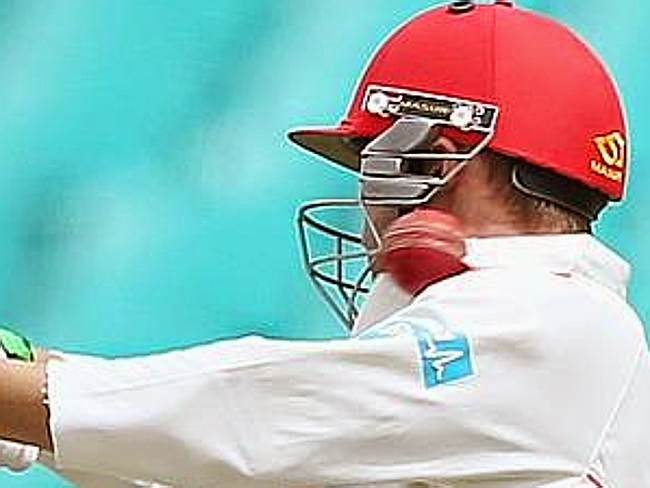 The ball that killed Phil Hughes
Now, I feel, there's a tinge of guilt sweeping this nation, almost as if we feel a hint of blood on our hands. Phil Hughes's death is being described as a one in 10 million chance "freak accident". But somehow I can't escape the feeling that it might be seen as perhaps almost inevitable. There can be no doubt that we absolutely love whatever gladiatorial aspect can be brought to this ancient and genteel sport, the "gentleman's game" of cricket. And that aspect is fast, intimidatory bowling, once condemned in this country - when used by Englishmen and called "Bodyline". Since that time, batsman have adopted protective helmets. But the one thing to emerge from Hughes's death is that those helmets are still less than adequate in the face of bouncers, deliveries designed to strike fear into the hearts of batsman, that awful fear of being hit with the force of a bullet to the head. Even at one in 10 million, the odds against death are too slim.
The bottom line here is simple: Sports ceases to be sport when people get killed playing it. That's what we must face up to.
Posted by Robert Messenger at 09:36

Terrible. Extremely sad event. No sport is 100% safe and that is no consolation when some one dies.