The Typewritten Letter That Will Change a Nation

It's a black day for Australia. In an hour, Australia will bid farewell to its once visionary leader, former Prime Minister Gough Whitlam, at a state memorial service in Sydney. At 11am, the nation will pause to mourn the loss of perhaps its greatest ever statesman. Whitlam died, aged 98, on October 21.
It strikes me as somehow appropriate that this memorial service should take place on Guy Fawkes Day, the annual commemoration of the day in 1605 when Guy Fawkes was arrested while guarding explosives that the Gunpowder Plotters had placed beneath House of Lords in London.
On the eve of Whitlam's service, a signed copy of the typewritten letter which dismissed him as Prime Minister, on November 11, 1975, has emerged. In 2004, Whitlam wrote on the letter words which, at a time of political morass in this country, should resonate for all Australians.
"The Constitution of the Commonwealth of Australia must be altered to set out the duties of a President as Head of State," Whitlam declared. 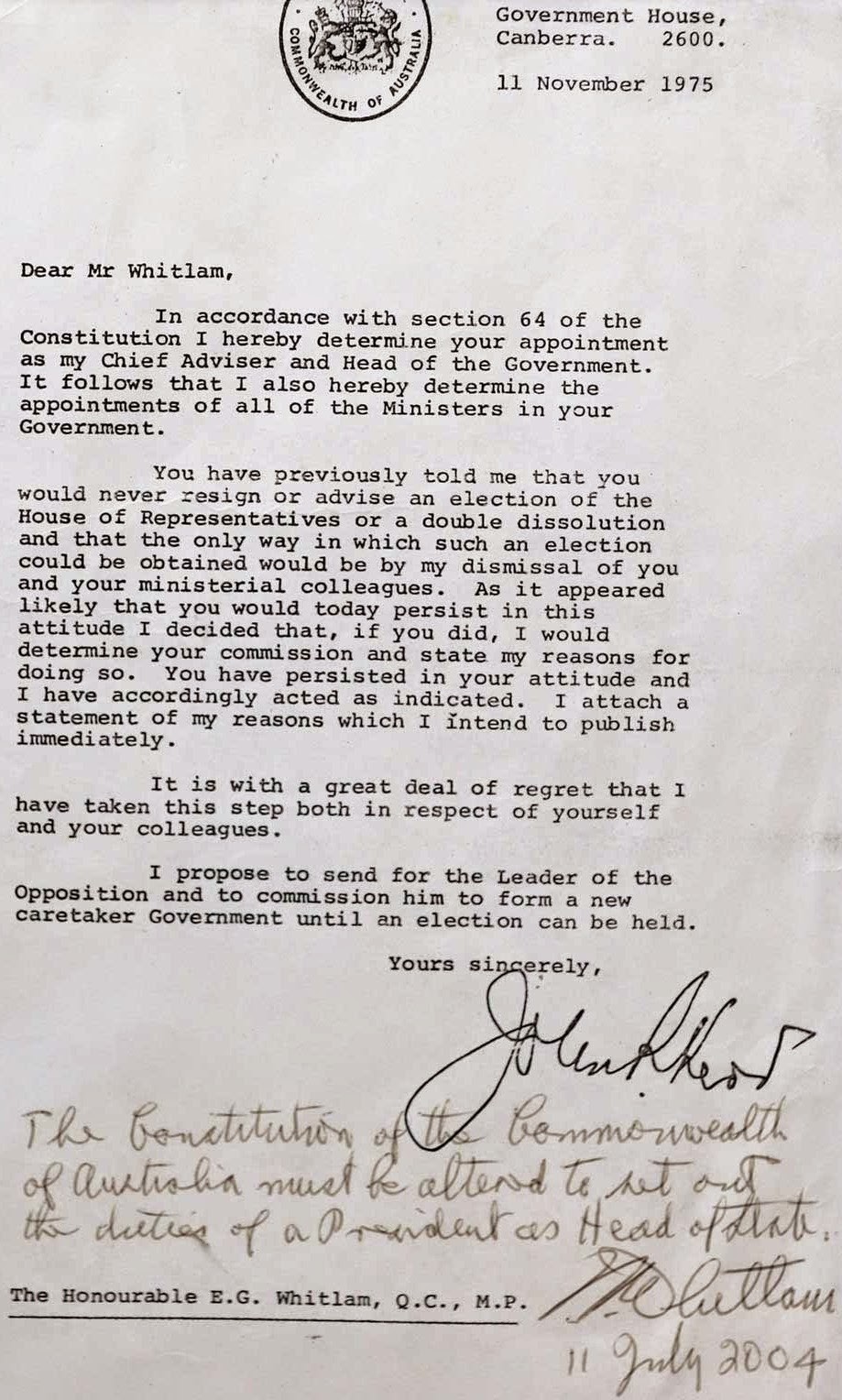 The original letter was signed by a perpetually pickled, pompous git, a juiced-up Judas called Kerr, who at the time was the Governor-General of Australia. This cur, allowed to act on behalf of the monarch of a foreign land, had taken it upon himself to sack the democratically, lawfully elected government of this country. This was not, of course, the doing of the Queen of England, who remains blameless in the whole sordid affair, yet at the time her representative in Australia had the power to change a government. Thankfully, it can never happen again. 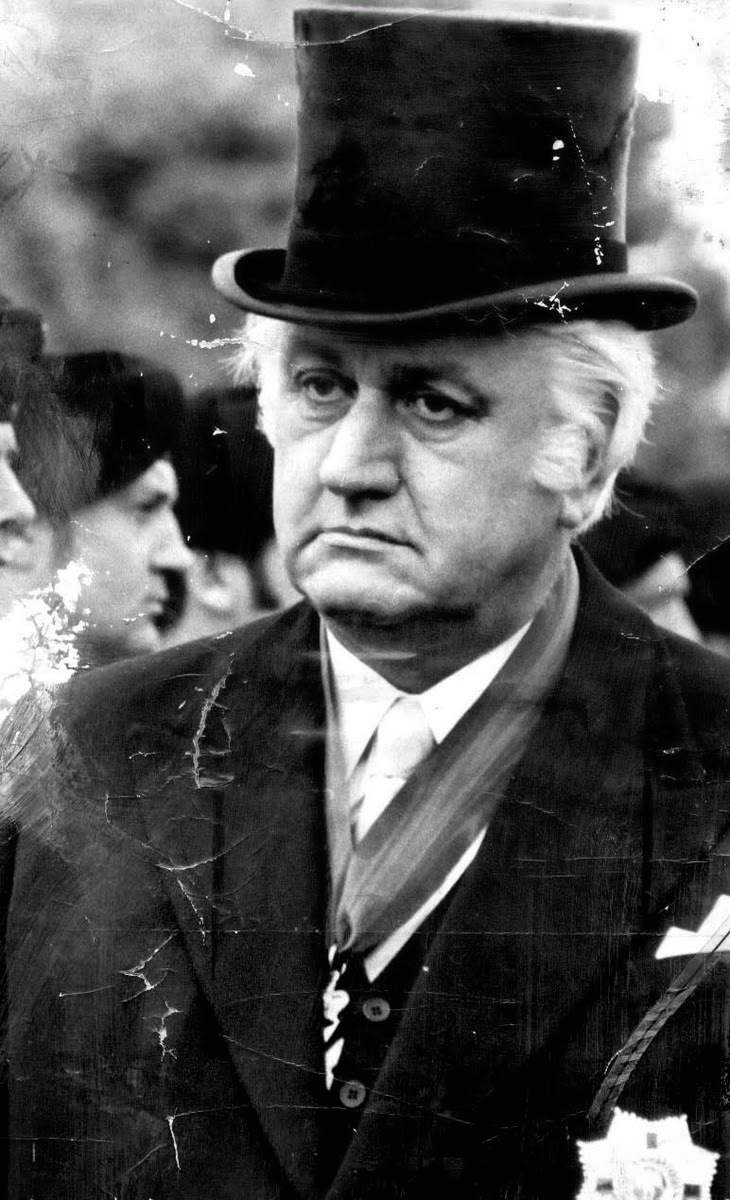 The cur Kerr
Nonetheless, Australia remains a constitutional monarchy, in theory at least ruled from Buckingham Palace, and with a Queen's representative, a Governor-General, still residing in Government House. It's a shameful situation, and Whitlam's 2004 note, added to the end of his 1975 "pink slip", clearly spells out the need for a president as our head of state, as the head of an Australian republic.
Perhaps Whitlam's death, today's memorial service, and the revelation of this note (described as his "last will and testament to the men and women of Australia"), will hasten the day when Australia will truly mature into nationhood and be prepared to stand upon its own two feet, to wipe the Union Jack from its flag and become fully independent of Buck House. 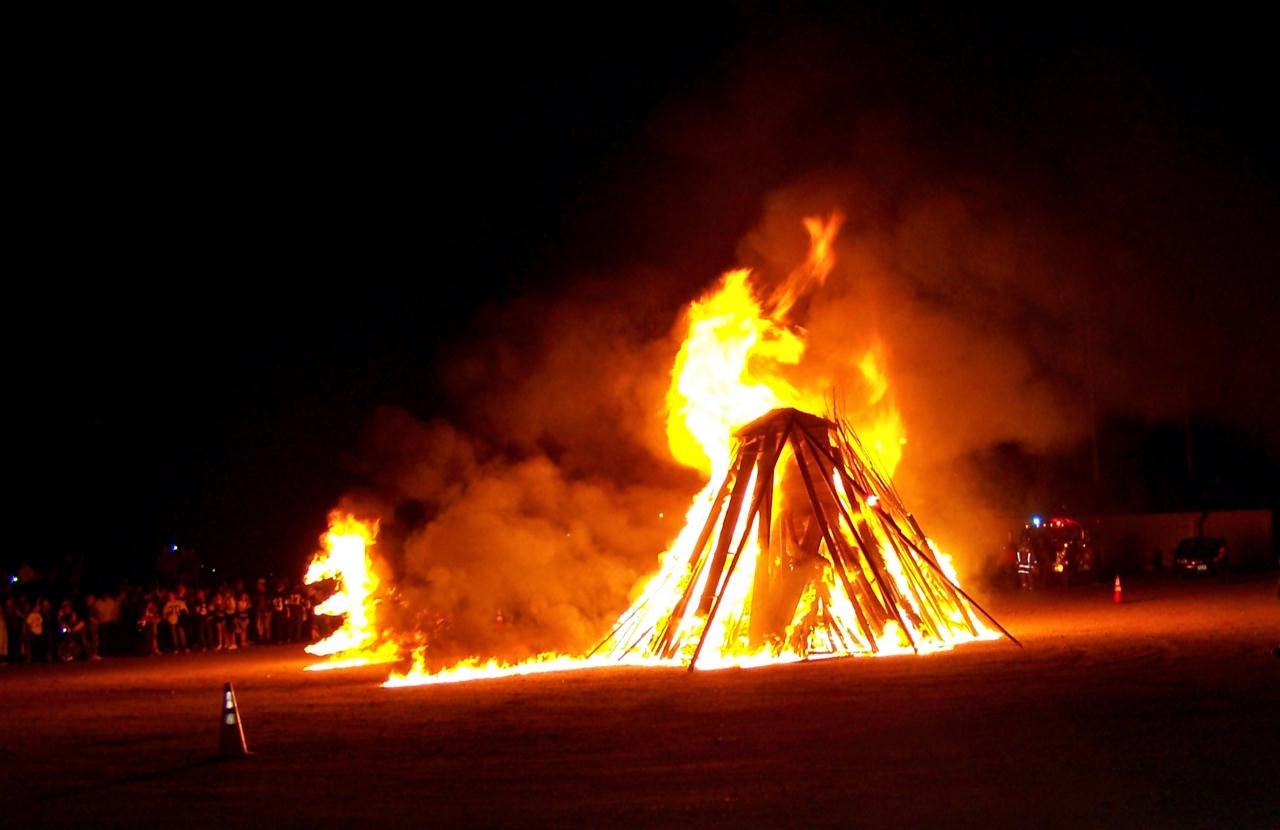 One might grasp how I can draw analogies with Guy Fawkes. I grew up unwittingly celebrating Guy Fawkes' capture, when, on each November 5, his effigy was burned on a bonfire. Although, originally, this annual event commemorated the 1605 survival of James I as the Protestant King of England, over the centuries Guy Fawkes came to symbolise not evil but rebellion. And rebellion, more than ever, is what is needed Down Under right now.
There's a surviving sense among some Australians, Australians of a certain age and a certain political bent, that had Whitlam been allowed to remain Prime Minister, an Australian republic would inevitably have been on his agenda. As it was, the federal election which followed his dismissal merely served to confirm that the vast majority of Australians were far too short-sighted and insular to grasp the real implications of Kerr's action. That vote should have been an out-and-out protest against British influence in Australia. Instead, it was a reassurance to Britain that Australians wanted to continue to be ruled from 10,000 miles away.
Today, Whitlam will yet again be lauded for his sweeping cultural, social and economic reforms, including granting land rights to indigenous Australians. His state memorial service is shaping as the biggest in living memory. Tens of thousands are expected to assemble outside Centennial Hall - the so-called "Temple of Democracy" - in Sydney's CBD, as the country gathers to make its final, formal salute to the man who dominated a large part of Australian politics during the lives of most of its citizens.
But the most fitting tribute of all would be, of course, the dismissal of the Governor-General. Long may Australians rule Australia! We think we already do, but the truth is we don't, not so long as the Union Jack remains on our flag and loudly states where we truly stand.
Posted by Robert Messenger at 10:00

Join us Yanks in complete independence! We've been waiting for you since 1776.

I agree with Richard. Self-determination! Africa got it. India has it. Why not Australia? Perhaps your country can do what Scotland could not.

Write the next chapter of your history with your own pen...or typewriter!