In a grave at the Spring Grove Cemetery in Cincinnati lies the pioneer of typewritten wire news copy, John Adams Payne. Nashville-born Payne died in Cincinnati on May 23, 1924, aged 64. 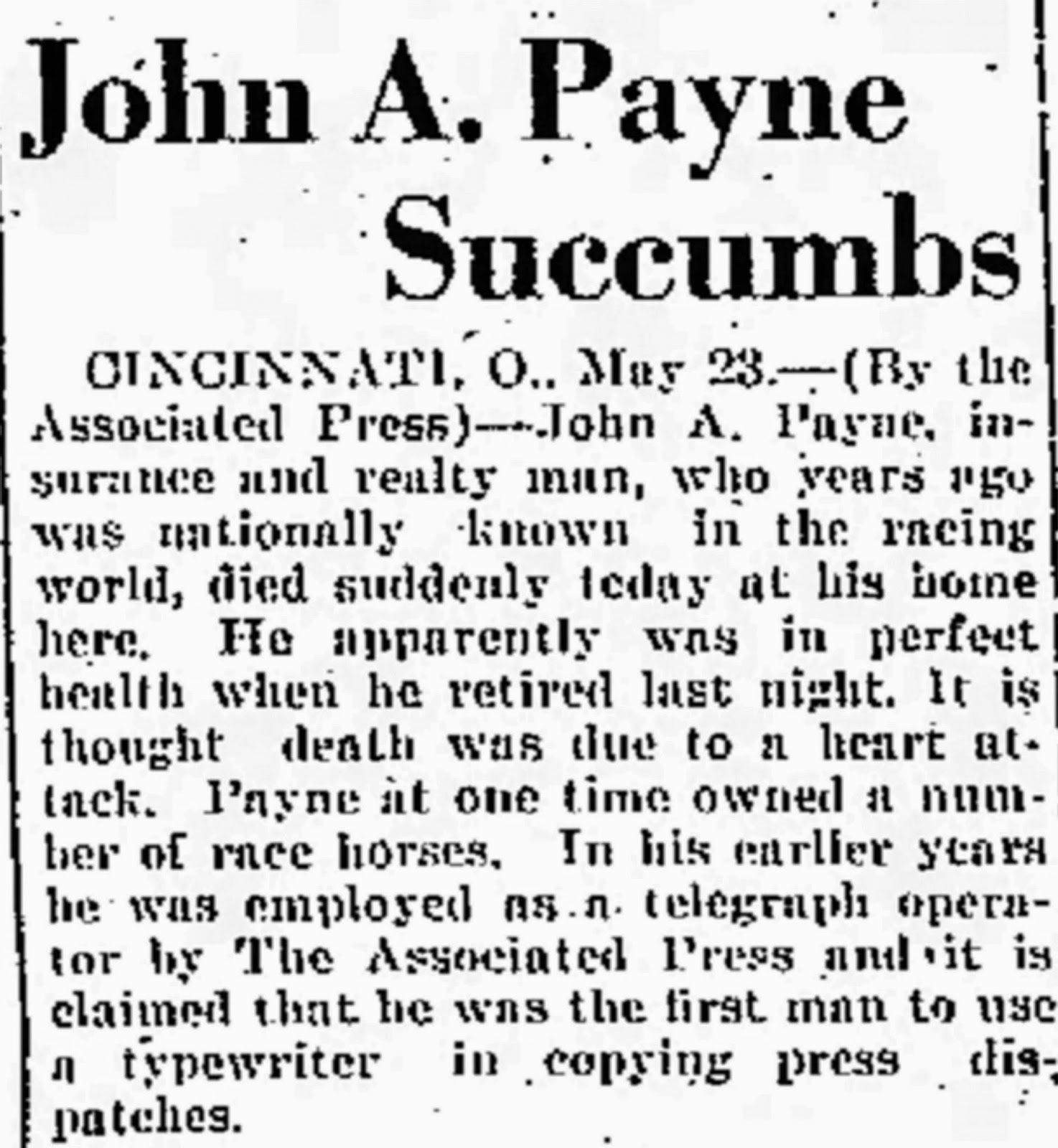 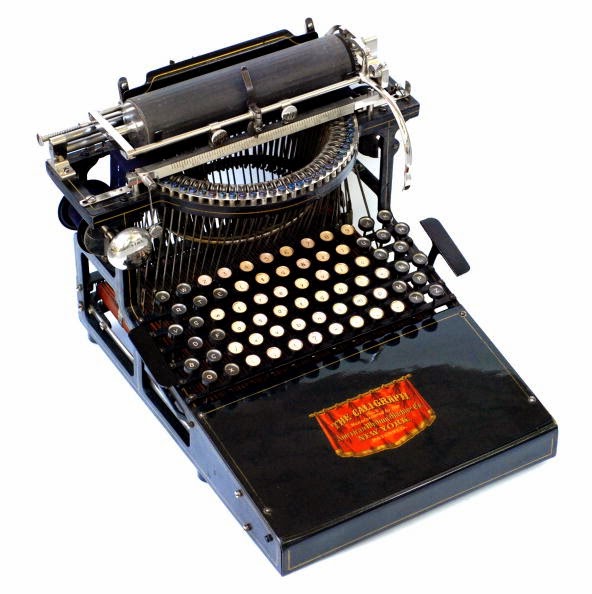 An 1882 Caligraph, just like the one John A. Payne used. This one comes from the Martin Howard Collection.  Martin lives in Toronto, Canada, but was born  (in 1959) in Durham, England, just south of where the Taltavall brothers were born, in North Shields. Martin found this Caligraph in 1989, "high upon a shelf in a cluttered junk shop, a very dusty but intriguing item", and instantly became hooked on collecting typewriters.

The full story of how this happened appeared in The New York Times on June 8, 1924: 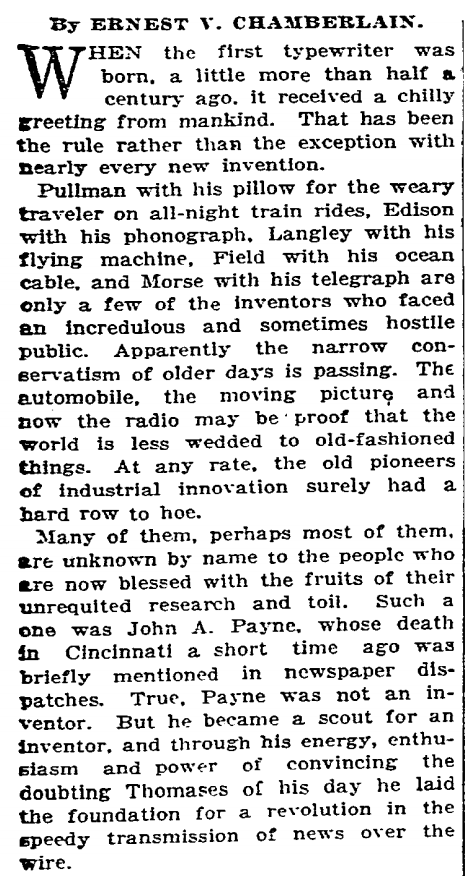 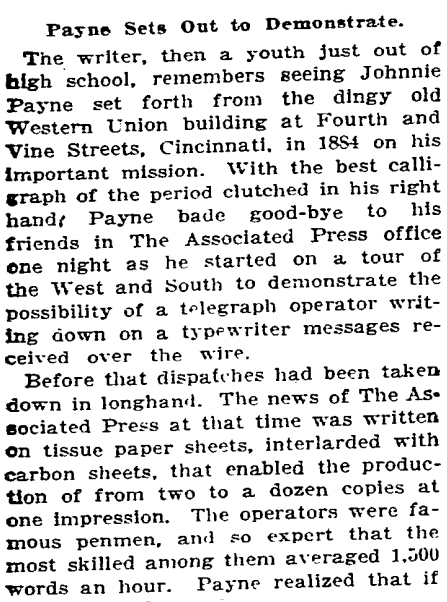 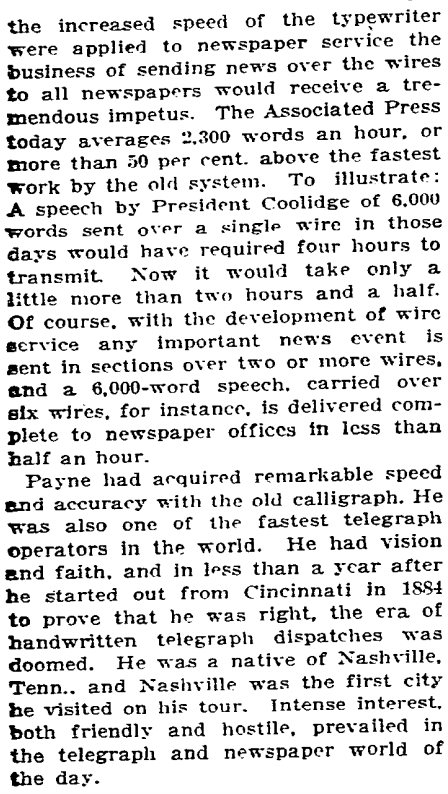 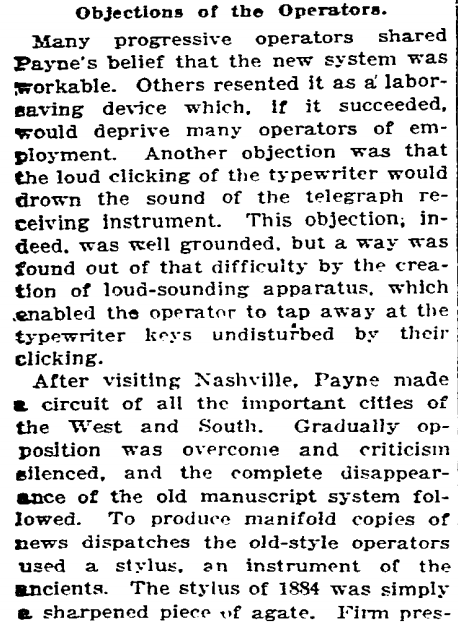 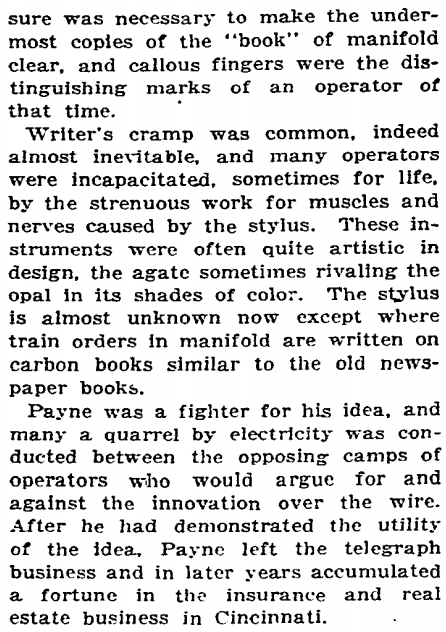 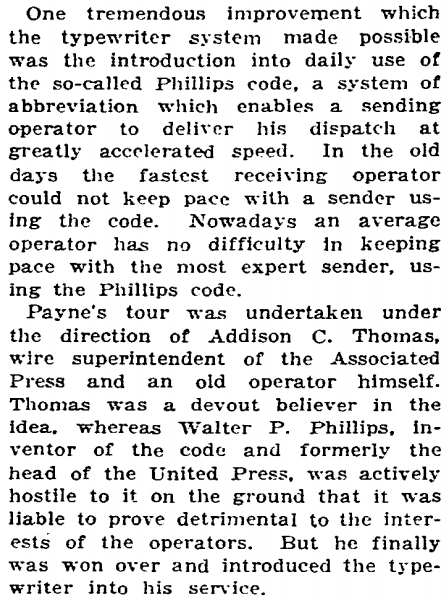 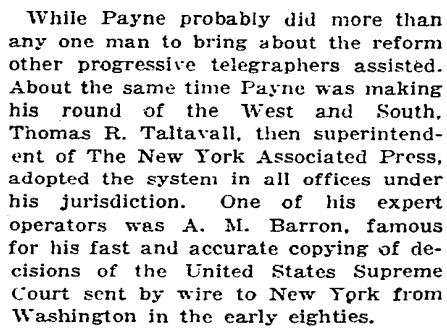 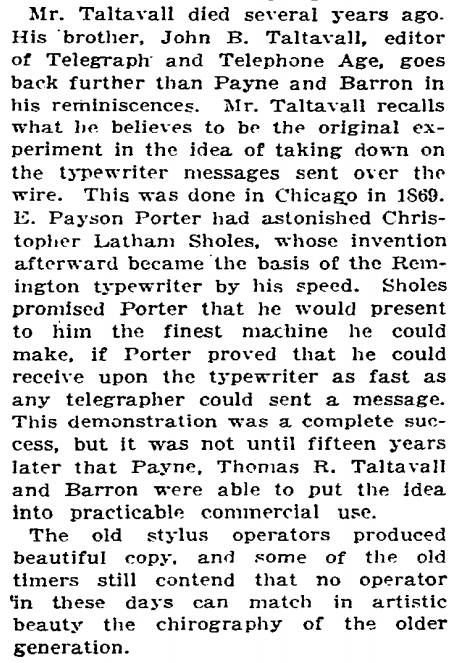 John Payne had another claim to lasting fame: 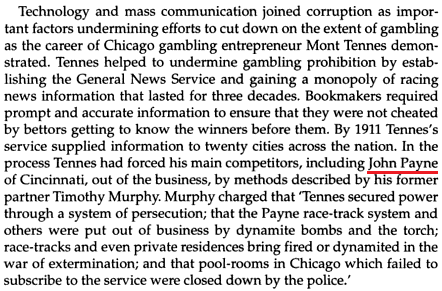 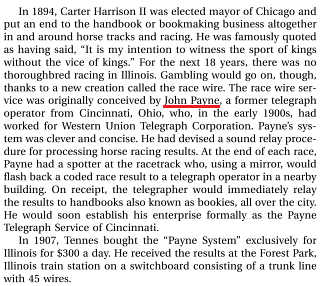 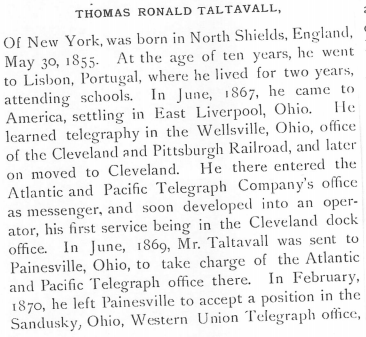 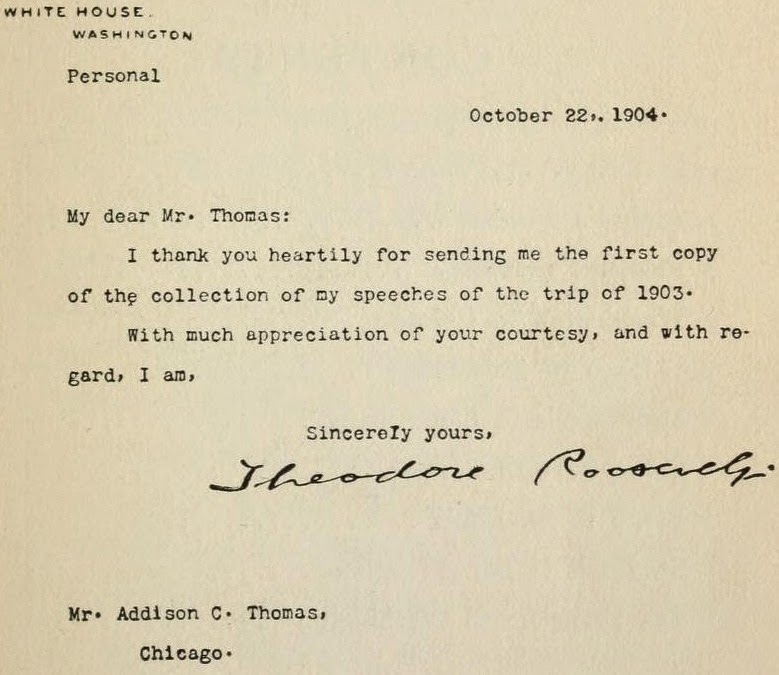 Edward Payson Porter, born Sag Harbor, New York, 1834; died Ashbury Park, New Jersey, April 26, 1916. One of the very first men to test a prototype of the Sholes & Glidden typewriter, in the summer of 1868. He was the proprietor of a school for telegraphers in Chicago at the time.
I have failed to find any information on A.M.Barron.
Posted by Robert Messenger at 10:51

Interesting post. One of the best ways to copy code in ham radio is to learn to type it as it is heard. Much faster then writing it.

Thanks for introducting me to my deceased neighbor.

I would like to see one of those old telegraphers' styluses.

Thank you for a very interesting article. In the telegraph field, the typewriter was commonly referred to as a "mill." A genuine telegrapher's mill is an all-capital typewriter. The combination of reasonably priced mass produced typewriters and the invention of Horace Martin's "Vibroplex" telegraph key shortly after the turn of the 20th Century greatly increased the speed of transmission on press and commercial telegraph circuits, thereby extending the life of manual Morse telegraphy well into the post World War Two era (1970s and later). A good telegrapher or radio telegrapher (maritime, military, radio amateur) will typically copy a word to several words behind the Morse circuit on the mill, thereby allowing for accurate, error free copy... "73," ("Best Regards" in Morse), James Wades, International President, Morse Telegraph Club, Inc.