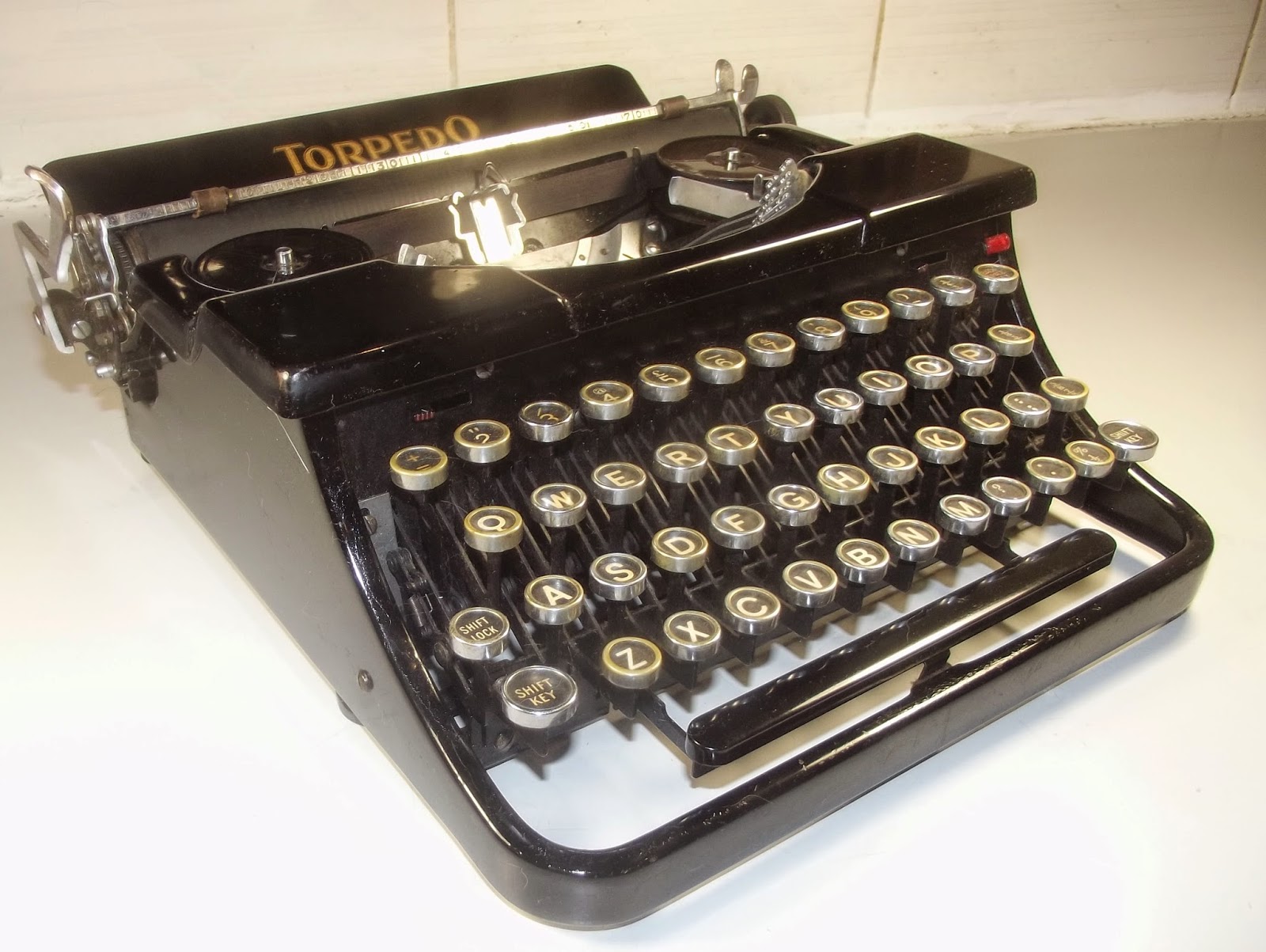 Just as I was lamenting not having used one of my own typewriters for such a long time, an email arrived from a young lady called Kerry at the National Library who had bought herself a Torpedo. She wanted to thank me for "a treasure trove of interesting and useful information" about the Torpedo line.
This got me thinking about the dwindling number of Torpedos left in this house - and one in particular. My 1937 Torpedo 15a (serial number 267948) has been sitting around for such a long time, pleading with me to fix its seriously floppy carriage, that I finally felt compelled to do something about it. Five minutes later it was working as new. I just don't know what took me so long. 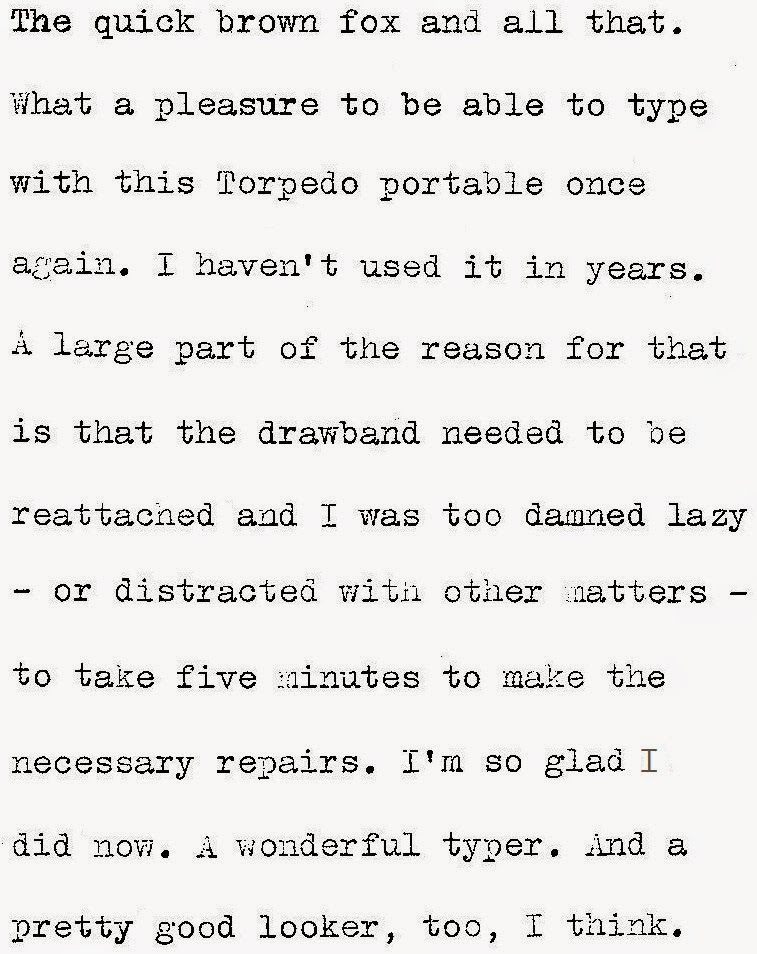 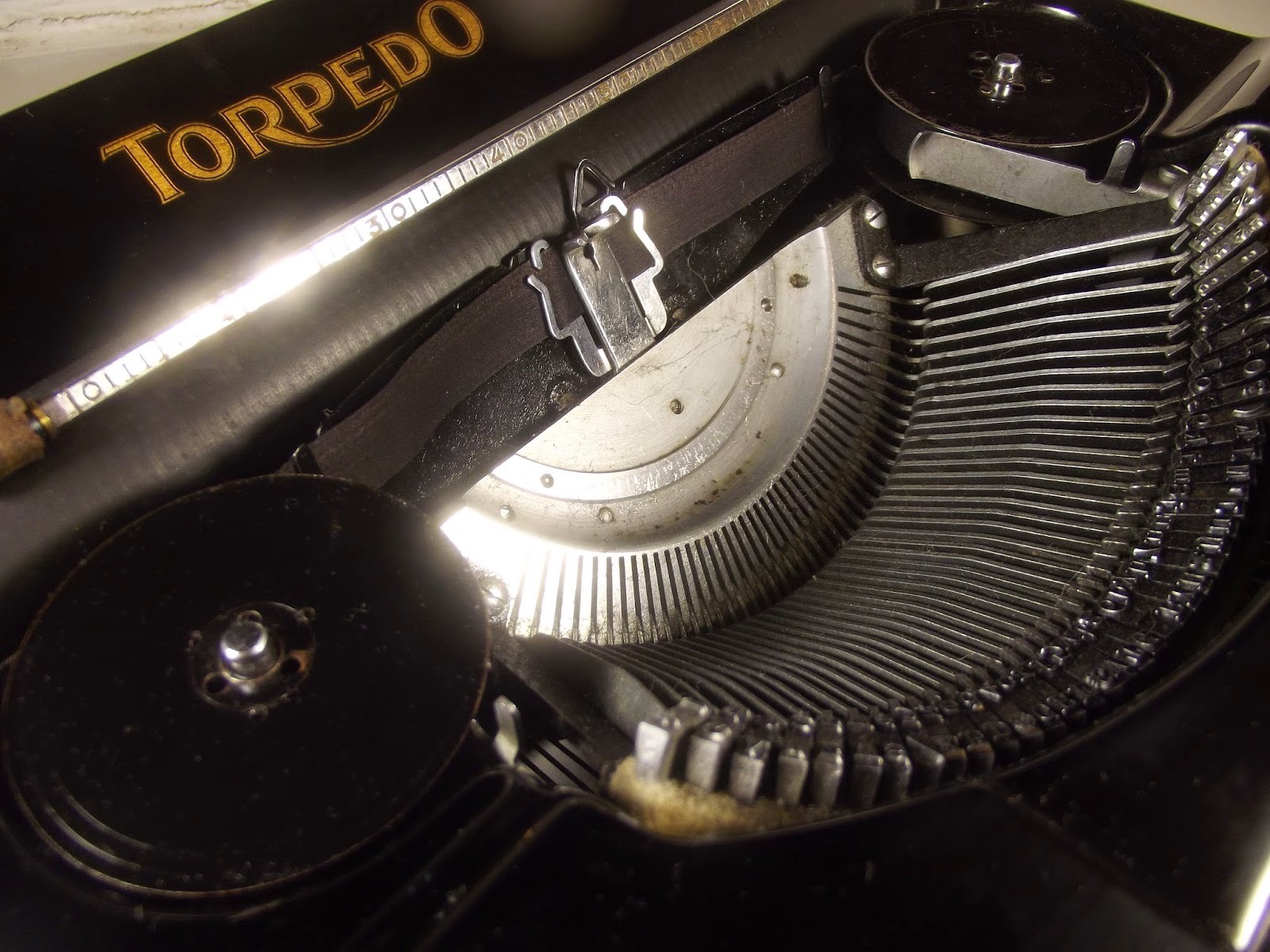 In 1927 Carl Witherling and Herbert Etheridge introduced segment shift to the Torpedo 6 standard and Etheridge adapted the design for Torpedo portables, starting with the Model 15 in 1931. An improved version, the Model 15a, came out later the same year. 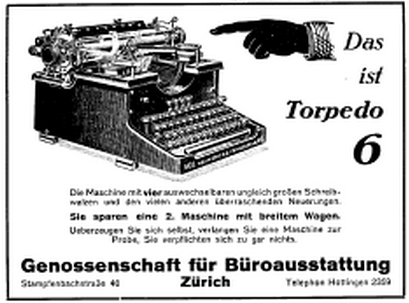 The heavier Model 16, introduced in 1933, was the last Torpedo portable designed before the takeover by Remington Rand. 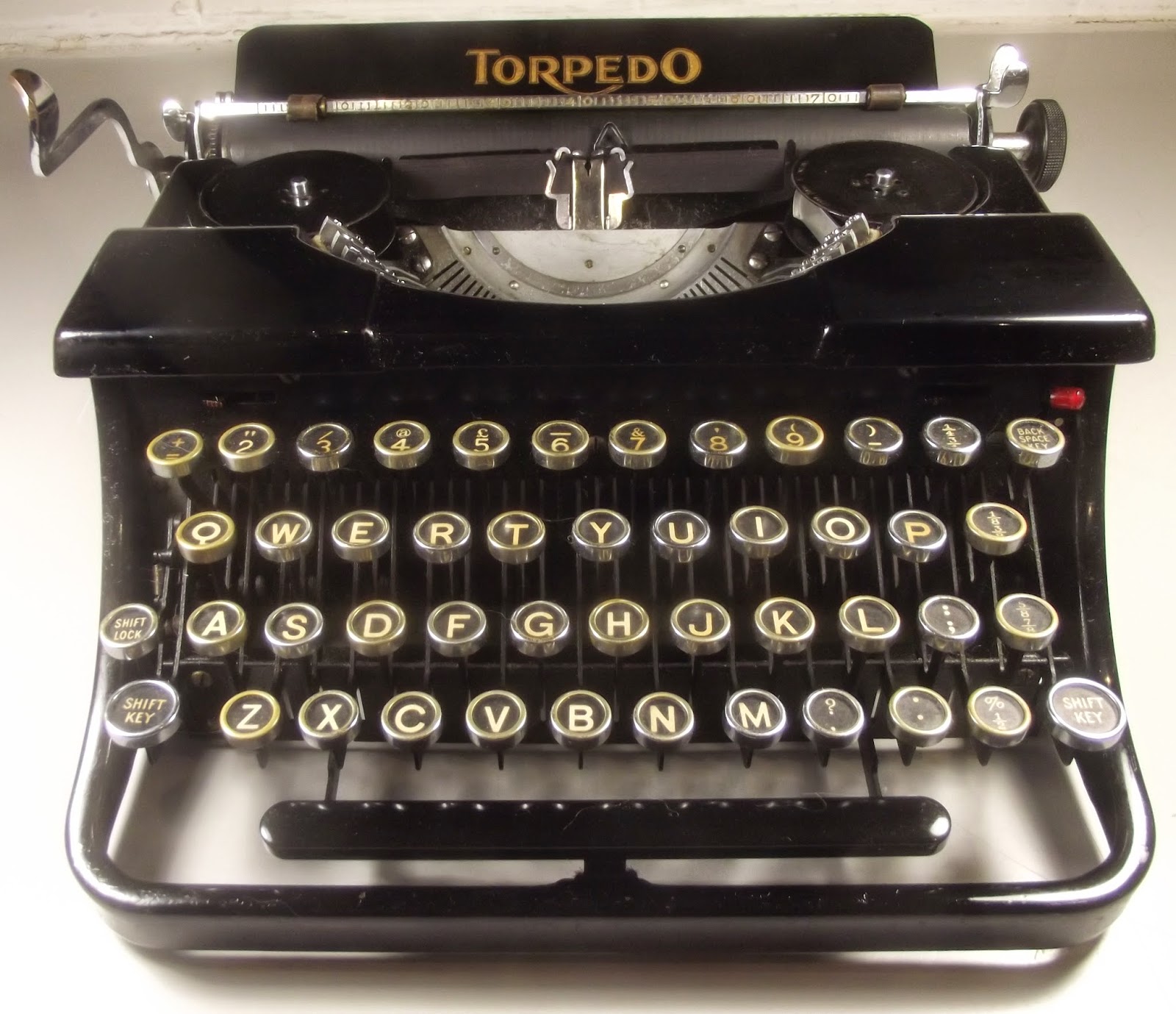 I was really surprised to find that the first Torpedo portable imported into Australia was a Model 12 which was shipped into Newcastle away back in February 1925. It was brought into the country by Cyril Vaughan Ell (1890-1972, below), who was the Stott & Hoare branch manager in Newcastle. 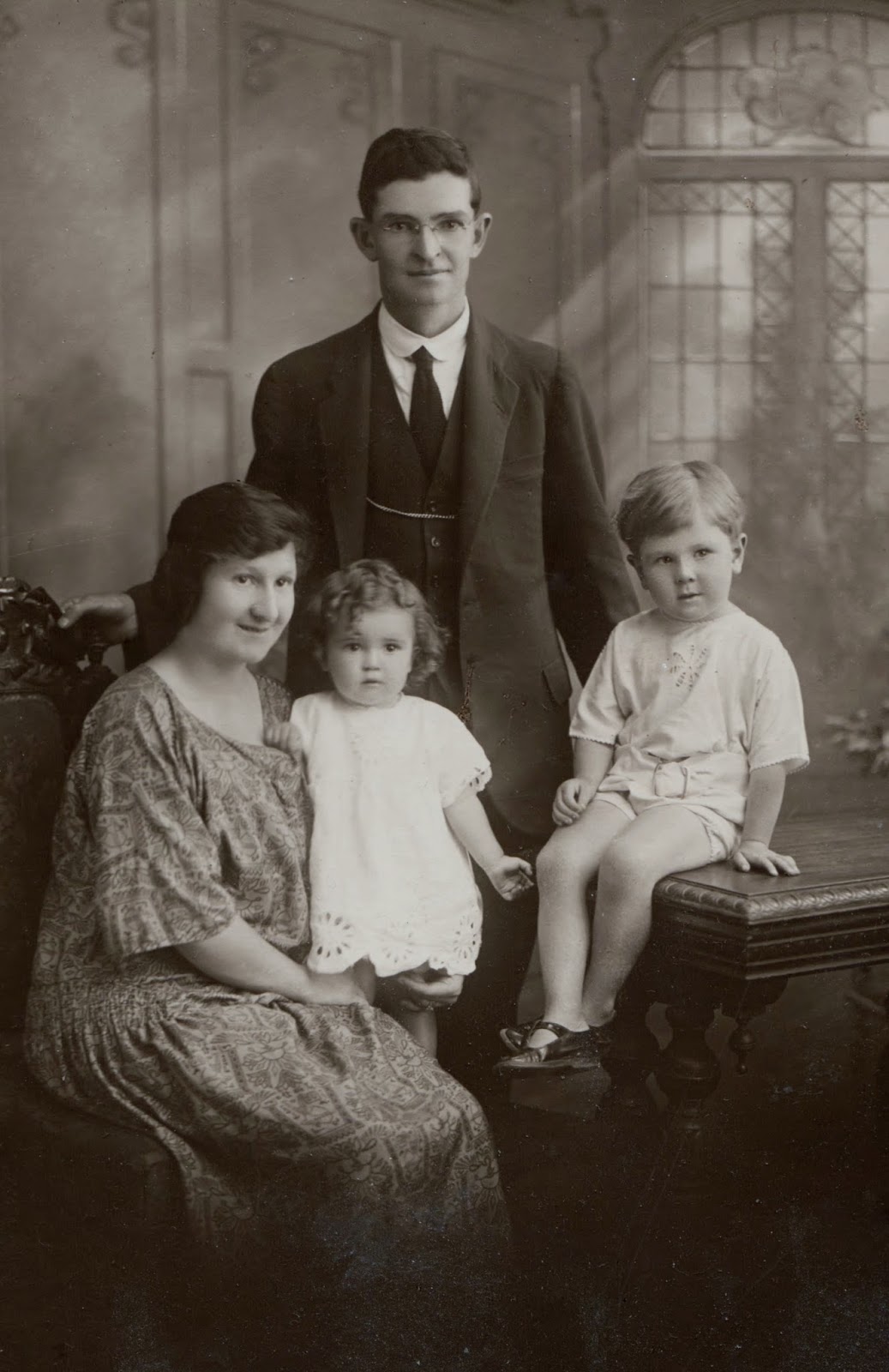 Four years later Model 12s were being advertised at Christmas gifts in Launceston, Tasmania. Model 12s, sold in Newcastle, Launceston and Geraldton in Western Australia, were the only Torpedos available in this country until after World War II. 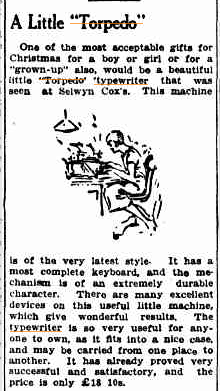 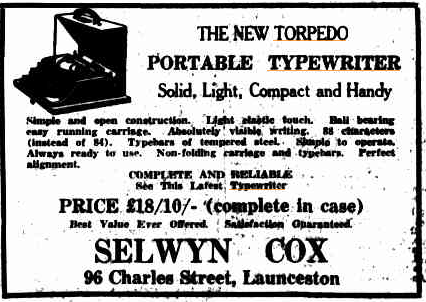 The classic Model 18 ("incomparable" is right!) was introduced to the US market in the mid to late 1950s, followed by the Model 20. Remington closed production in Frankfurt in January 1967. 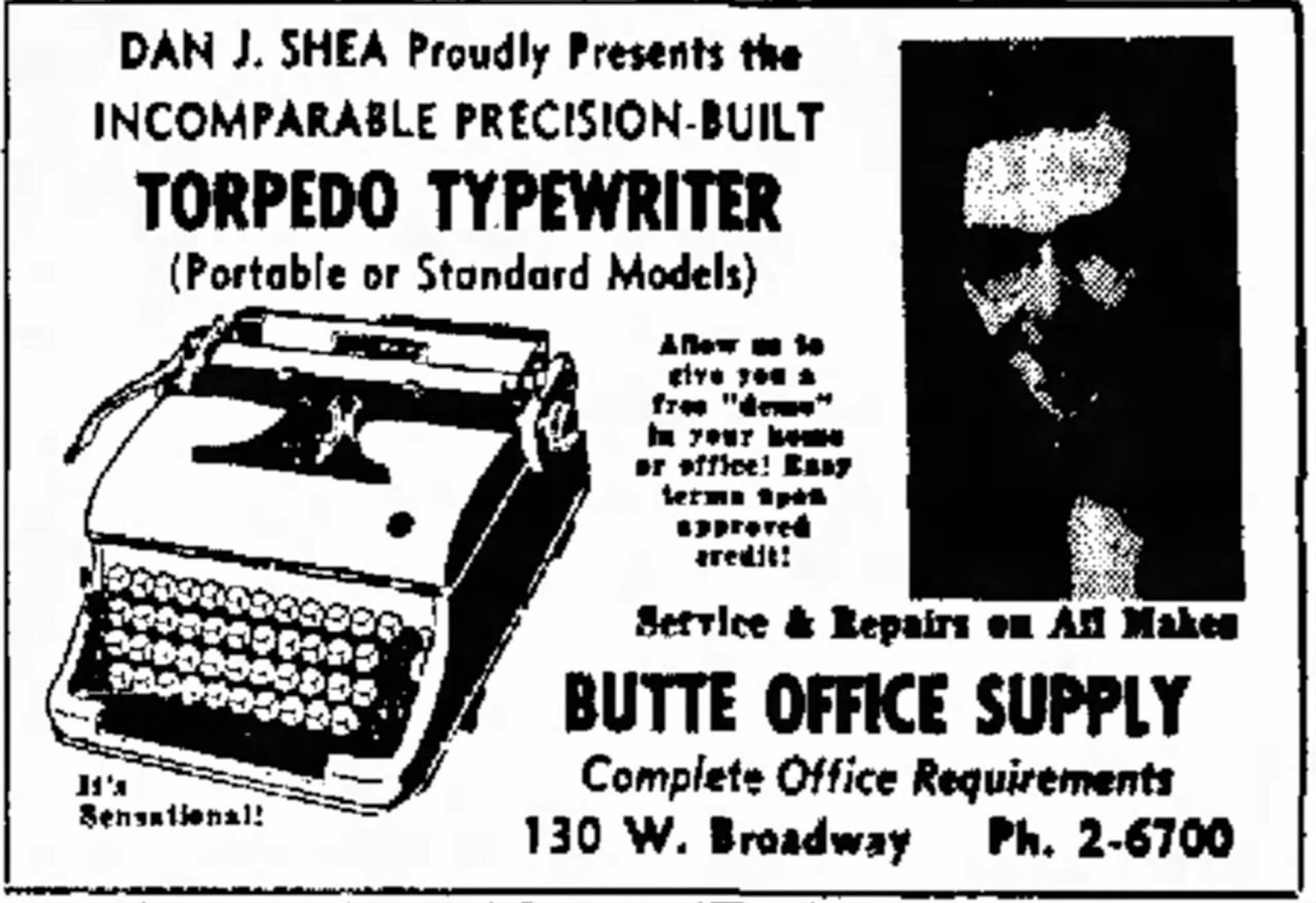 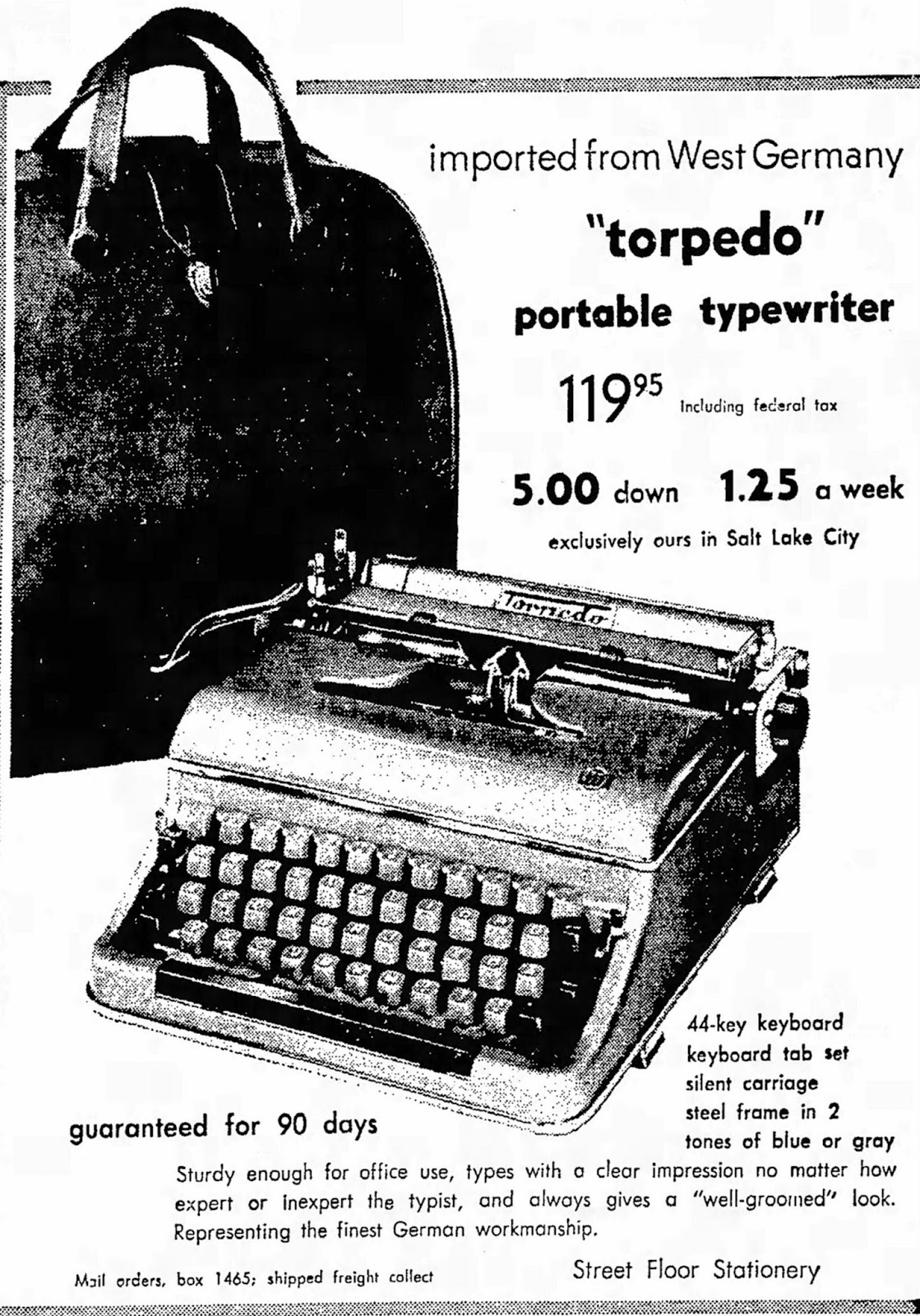 Posted by Robert Messenger at 00:06

Thank you Bill, Richard and Georg for your comments.
The carriage was so loose, I think I somehow gained the idea it was going to take a lot of fixing, and thus kept putting it off for so very long. As it turned out it was a very simple job. I was surprised myself how quickly I was able to get it working properly again.

Hi Robert, I don't know who else I can ask and as we are both in Canberra, I hope you don't mind. I have a Nakajimaall Model 800. The Capital letters and the lower case do not line up when typing, the typewriter is in very good order. Is this a major problem? Should I have it fixed or throw it out? I don't know about sending messages on blogs either. Hope you get the message. Regards Lily