Little Lords and Ladies of the Flies

Richard Polt's wonderful, thought-provoking post on "On Objectification" yesterday led me to The Philosophy Teacher's Typicalytyping blog and in due course to his/her insightful The Typosphere Rumbles post. Ever get the feeling that someone's been reading your mail? The Philosophy Teacher wrote:

I wish I still had a proper lawn. Nonetheless, this comment gave me the excuse I'd been seeking for a long while - to go back to a time when I did have one. That is, to a column I wrote for The Canberra Times on January 11, 2008, one that surprisingly drew an inordinate amount of consistently positive and supportive responses from Times readers. (I was concerned it might confirm their worst suspicions about me, now apparently shared by The Philosophy Teacher.) 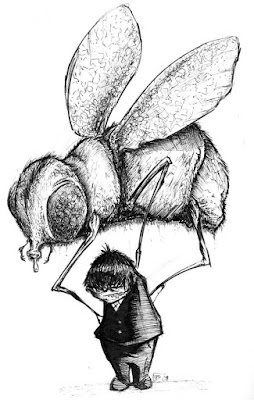 It is my misfortune – and I use that word self-advisedly – to live cheek-by-jowl with a day care centre. This could not even be described as an occasionally entertaining experience, as most often I’m afraid to go out my back door for fear of a gobful of abuse across the back fence from pre-schoolers. Believe me, there is nothing more humiliating.

I had often thought of writing a column about what it’s like to live in such close proximity to a day care centre, but resisted for fear of seeming to be a Grumpy Old Man, which I am but care not to generally concede. However, an Australian study late last year [2007] came up with such outlandish claims that I am finally moved to write out, as it were. The thing is, one cannot stand in one’s own backyard arguing the toss over the fence with four-year-old kids, it’s just too unseemly altogether, even for the privacy of one’s own patch. Thus I express my frustrations here. 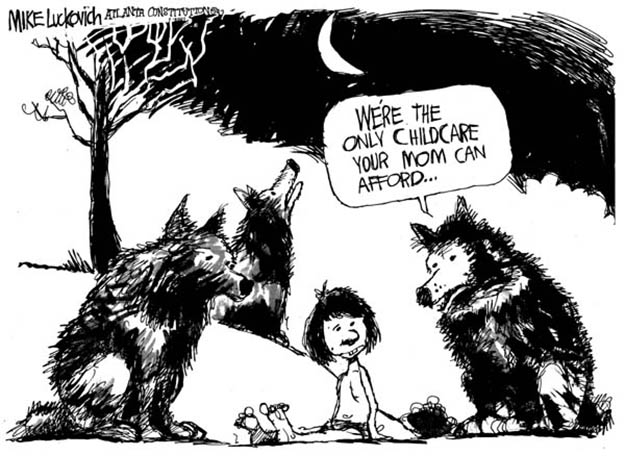 Let me start with this plea: Mothers, please don’t send your toddlers to day care. If, as modern society demands, you have to work, and need someone to look after your children while you slave for the mighty dollar, try Count Dracula. My understanding is that he still lives somewhere in darkest , sustained by the blood of heartless parents (blood of the heartless, an oxymoron perhaps?) and ever willing to take under his cape their seriously neglected off-spring.

I shall illustrate with the following true story: The least offensive behaviour of the banes of my life, those part-time residents of next-door’s property, is to throw plastic hammers, soft toy animals and sundry sun hats across the boundary.

One Saturday morning I was visited by the innocently naïve mother of one of the de-toppered cherubs, this poor dear mum wondering whether she could enter my side of the Garden of Hades to retrieve her son’s bonnet. Naturally I acceded, but in doing so failed to resist the temptation to say something about all this careless cavorting with caps. “Oh,” the lady said, “the children were just having a bit of non-confrontational fun and my boy’s beret just happened to get accidentally flung from the climbing tower.” “Fun?” I said. “You call that carry on fun?” A look of absolute shock and horror crossed the saintly matron’s dial. I could tell in an instant that all her worst fears, her deepest apprehensions, her profound guilt about leaving her child in the care of virtual strangers for a day, were rapidly surfacing. Yet I couldn’t stop myself. “You ought to stand on my side of the fence some time, if you think that’s fun.”

Mater snatched the said fez from that unkempt piece of land that used to pass as my back lawn and hurriedly existed left, my dire warnings about ,”If you saw and heard what I see and hear every day, you’d never bring your bub to this joint …” ringing in her hitherto coolish ears. She did not depart, however, before leaving me the very distinct impression that junior was about to be withdrawn from the Terror Squad at No 35. 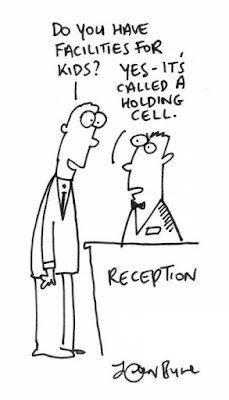 Please let me hasten to add, lest I am giving entirely the wrong idea about the people who run this oversized den of demons, that I’m sure they do their level best to contain the natural exuberance of what usually seems – and constantly sounds - like an army of wild, uninhibited banshees screaming down a hillside on a hot summer’s evening in Donegal. A little bit more supervision might well be in order occasionally – no, I jest, always – but doubtless the powers that be (Urban Services, methinks) just don’t allocate sufficient funds for a staff to control what must be a tribe of four score and fifty Lords and Ladies of the Flies.

No, I know it’s the littlies that one has to really worry about. From over there, as I stand shaking in my shoes at my kitchen window, I can hear all too clearly the future John Howards of this nation, as they start to stake their claims to the top spots on the pecking order, to exercise their innate qualities of leadership, to hone their voices of authority, bossing others unmercifully around. “I didn’t say YOU could join in. You stand over there, you’re not one of us … ”

When I do summons the courage to venture out into the hinder regions of my supposed domain, I am subjected to a barrage of Big Brother interrogation. “Hey, Mr Mister … ”. I deliberately ignore the inquisition. But that only makes matters worse. From the unanswered questions, the real heat goes on. “Hey, Mr Pooface” … “Hey Mr Peepants”. I just don’t know where these tots get it from.

Anyway, the supervisors and the parents apparently hear none of it. The study I mentioned says that working parents need have no guilt about leaving their children in child-care all day. It claims day care can actually help the children's social development. It has a “positive effect on children's social and emotional well-being”. “The results differ from similar large-scale studies conducted in the and , but the researchers think the difference could be due to consistently higher standards of care offered locally.”

Charles Sturt University early childhood education researcher Linda Harrison says, “Children who attended more hours in centre-based child care were more socially competent and children who received more hours in home-based child care had fewer behaviour problems … Australia's national system of quality assurance monitors levels of quality in all child-care centres and family day care homes.''
I’m inviting Linda round home, any day of the working week, any hour of the working day.  She can go out into my backyard. I’m too scared to.

Posted by Robert Messenger at 11:26

That was a wonderful piece, Robert. I do find it interesting how your writer's voice in that column differs somewhat from your blog's, though both are top notch. Wishing I had access to your old newspaper columns. Thanks again.

ugh, children. I know how you feel. ickky!

We had to pull our rather quiet and introverted 2-year-old out of a certain day care center when it became clear that much larger boys were running around berserking with little supervision.

Ugh! Day care! Too many unregulated children in one place hovered over by those who care little.
I've been against day care since I was a child and had to go to a near by friends house when I was about 10 and my Grandmother became too ill to care for my sister and I. By the time my wife and I had children we were both forcefully against even the thought of sending children to day care. It was a financial struggle, but we raised our children with her doing the most important job in the world -- raising our children.

Oh, and Robert, I say you and Richard P are both kindly Uncles of the Typosphere.