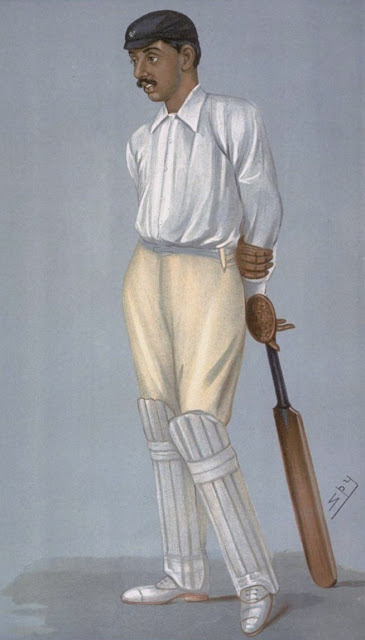 Ugly, gangling, pockmarked Australian fast bowlers trying to make heroes of themselves by snarling at fresh-faced debutants. Gee it must make them feel big! But it's just not cricket. No, the cricket we grew up loving was the prince of games, and it was played by princes, not ponces. Real princes. Handsome princes. Princes with Remington typewriters. 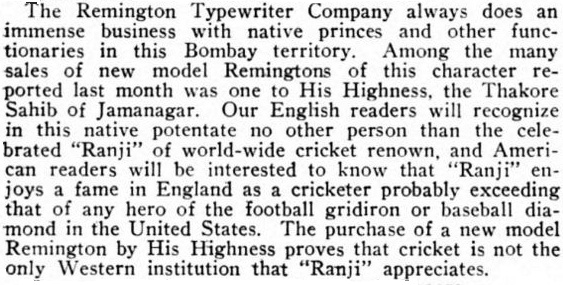 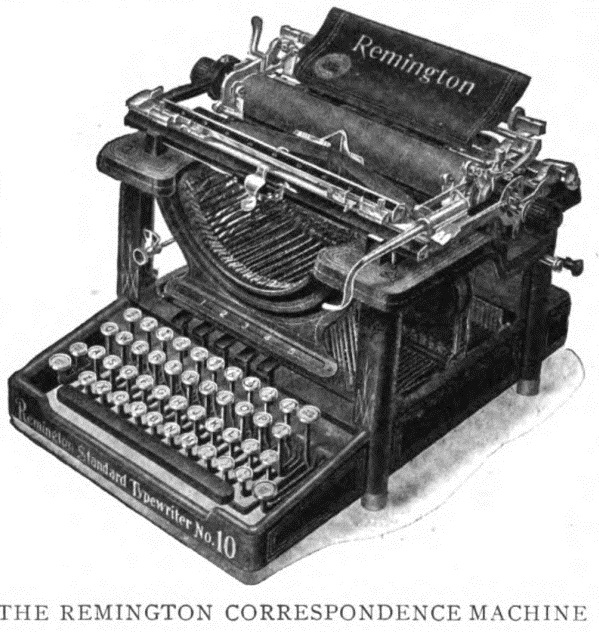 Day-night Test matches, all over in fewer than nine sessions. Pink balls. Wickets on which 1672 runs are scored for just 28 wickets. That's not cricket either.
Give me an uncovered wicket, a small, light, flat bat, a leg glance and Colonel His Highness Shri Sir Ranjitsinhji Vibhaji II, Maharaja Jam Saheb of Nawanagar, GCSI, GBE, KCIE any day. 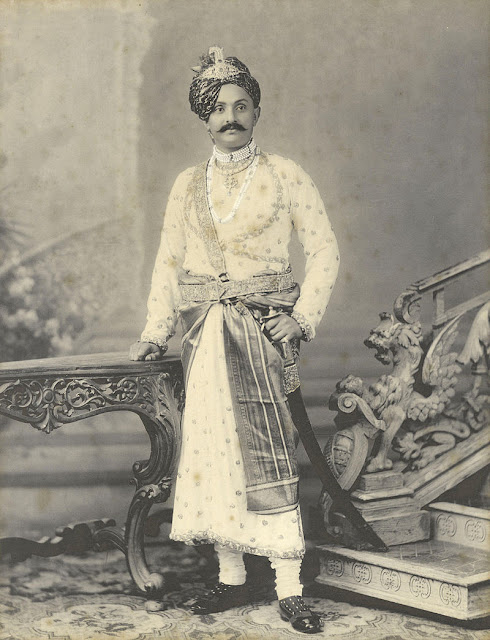 Old-timers take about two seconds to name their five batsmen of all time, not that they've seen them all play: Bradman, Hobbs, Trumper, Sobers and "Ranji".
"Ranji", "the lion who conquers in battle", played for England, Cambridge University and Sussex. Sir Neville Cardus described him as "the Midsummer night's dream of cricket" and wrote, "a strange light from the East flickered in the English sunshine". Unorthodox in technique and with fast reactions, he brought a new style to batting and revolutionised the game. 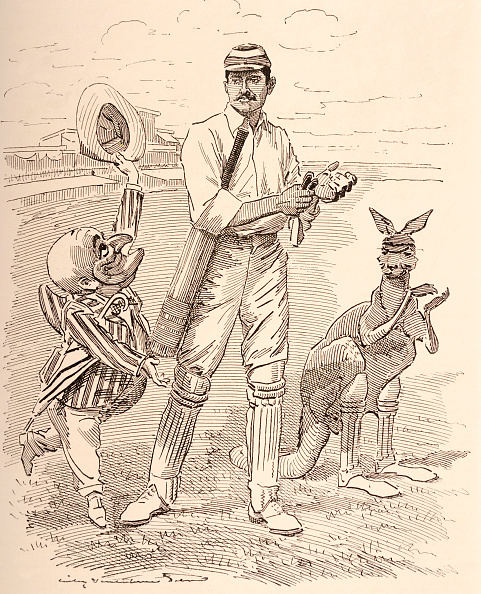 "Ranji" was born on September 10, 1872, in Sadodar, a village in Nawanagar in the western Indian province of Kathiawar. A year after making his Test debut for England, in August 1897 the young man published The Jubilee Book of Cricket, a critical and commercial success. During his first tour Down Under, in 1897-98. he wrote a series of articles for an Australian magazine, followed by a book,  With Stoddard's Team in Australia.
"Ranji" died of heart failure on April 2, 1933, after a short illness. He was 60. 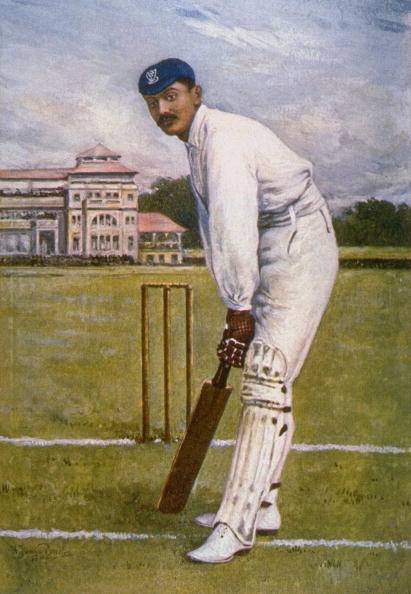 Posted by Robert Messenger at 00:30

This kind of a post makes me wish there were films of some of these games to see the greats play.

Like many sports, other than the 2 major boring ones here in the USA, I know little about Cricket. I remember watching it on late night TV with my Uncle when I was a small boy. He understood it and loved it. He instilled an interest in me for sports like rugby and soccer both of which we did not have when I was young. I do like Australian Rules football (that is what it is called here. Maybe you have a different name for it.). I have not seen that on TV for decades though. To me, that is how football should be played.

I say!
Robert, last night I watched "Honey for the Prince" an episode from the tv series "The Avengers" 1966, with Steed & Mrs Peel protecting a Prince from the east, one with a deep and abiding passion for the game, of which they set up an impromptu one and have at it!

Exactly Robert, whatever happened to sportsmanship. It's just not cricket!