The Prince of London: What a Guy! 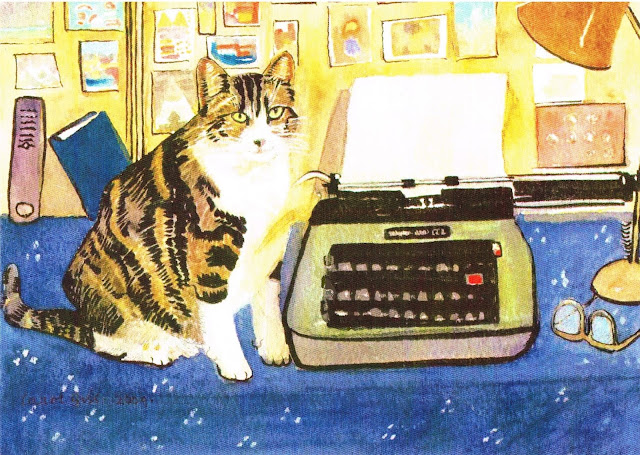 This cat on the card is Arnold, painted by Carol Biss in 2010. He looks a tiny bit like one of Richard Polt's new cats.

We have a prince from London visiting New Zealand and Australia right now. He's a Charlie, but not Charlie the Prince of Typewriter Guard Cats; rather, Charlie the Prince of W(h)ales.
Typospherians will know, of course that the real Prince of London is still back in England - the one and only Piotr Trumpiel, of b4cksp4ce fame.
He hasn't posted on his blog for a while, but just to let us know he's alive and well, Piotr sent me a card (above) to congratulate ozTypewriter on two million page views.
I wonder if Piotr knew what would be postmarked on the envelope? If he did, he's even more clever than I had previously thought.
Thank you, Piotr! A most unusual souvenir ...
Yeah! 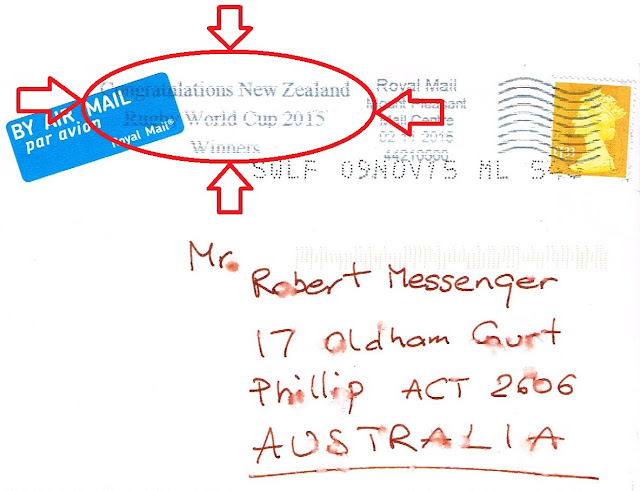 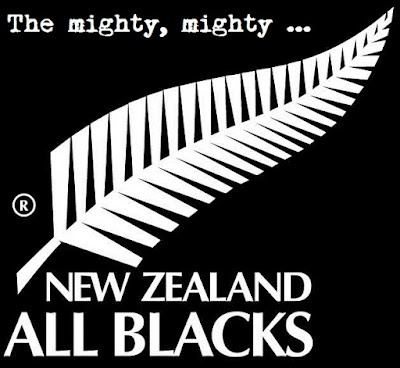 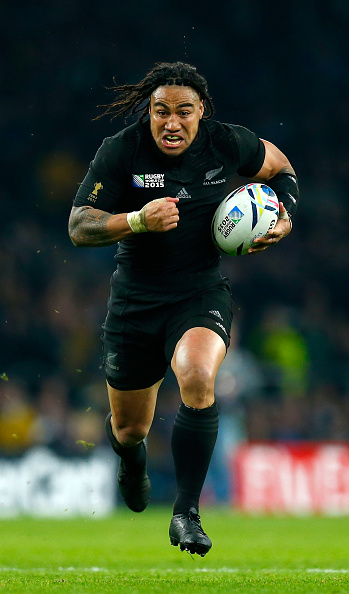 PS: Still recovering from the celebrations!
PPS: To my surprise, I found Piotr now lives not very far from where the British Oliver Typewriter Company once was: 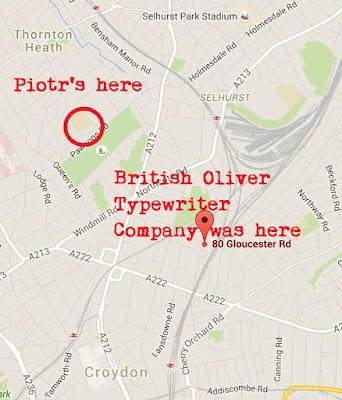 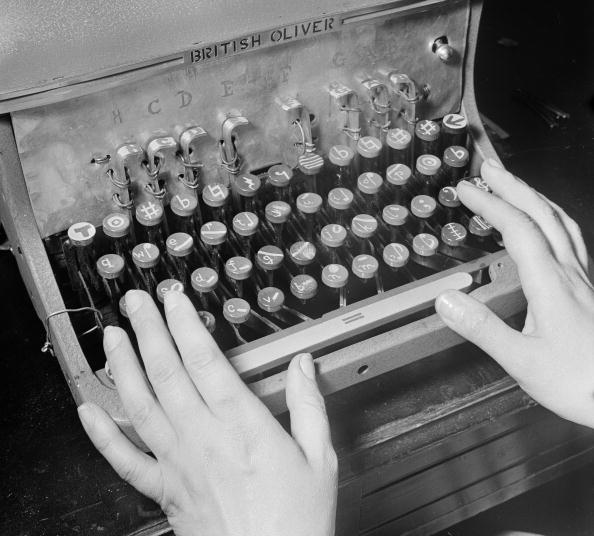 Posted by Robert Messenger at 20:34

Thank you Robert for your kind words again. Yes I'm alive - just the property purchase and house move took a lot out of me in the last few months. That is now done and my blog should be refreshed soon. Quite possibly with a photo of my Red Devil Oliver visiting its birthplace :)

I admit I had no idea about that postmarking - quite clever on Royal Mail's part to do this. However I'm not sure about the real intention here - as the letter was addressed to Australia... Was it a genuine shout to Kiwis or was it a shove in the OZ ribs? ;) Nevertheless I enjoyed the tournament and the final especially - rooting for All Blacks all the way.

As for the royal part - I'm not so sure if I can be classified as a Prince of Whales too. I'm definitely heading in that direction size/weight-wise but it still needs a lot of work (food/drink?) to achieve this :).