The Hammond Typewriter Shuttle at the Bottom of Sydney Harbour 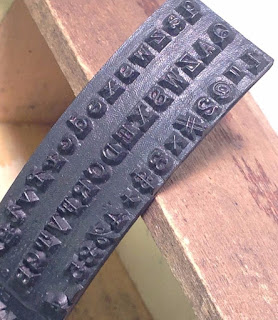 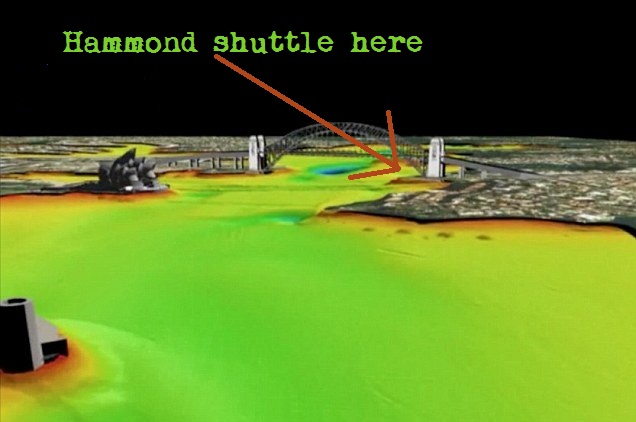 A Hammond typewriter typeshuttle, a vital piece of evidence in an infamous Australian court case from 100 years ago, lies at the bottom of Sydney Harbour, near Luna Park and the Milson's Point ferry wharf. 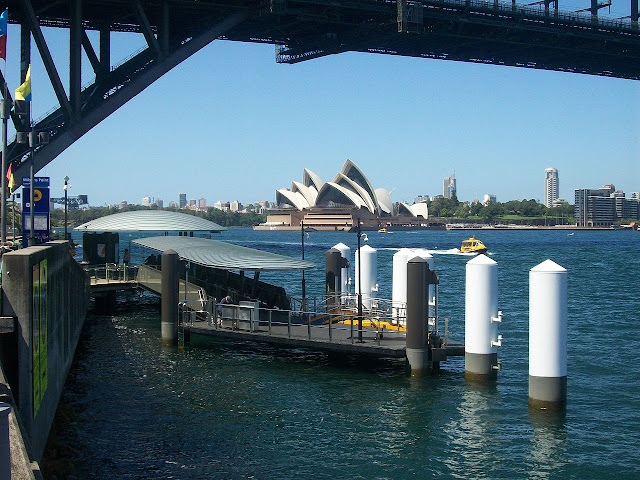 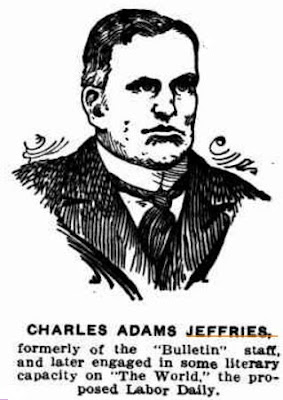 It was thrown overboard from a Milson's Point ferry on December 26, 1914, by a journalist called Charles Adams Jeffries, at the insistence of notorious "versifier and swindler" Grant Madison Hervey (real name George Henry Cochrane). Hervey had used Jeffries' Hammond typewriter to forge a telegram, which resulted in Hervey being sentenced to two years' hard labour in jail. The typeshuttle was never found. However, it was announced this week that a team of hydrographic surveyors at Sydney Ports is producing 3D map images of the harbour floor, a new technology scanning process which is uncovering all sorts of weird and not so wonderful things dumped in the harbour over the past two centuries, including 105-year-old shipwrecks. Already exposed, 30m deep, is the intact wreck of the TSS Currajong, a collier that was sunk just off Bradleys Head near Mosman in 1910 after being hit by the SS Wyreema, a 6000-tonne passenger liner. 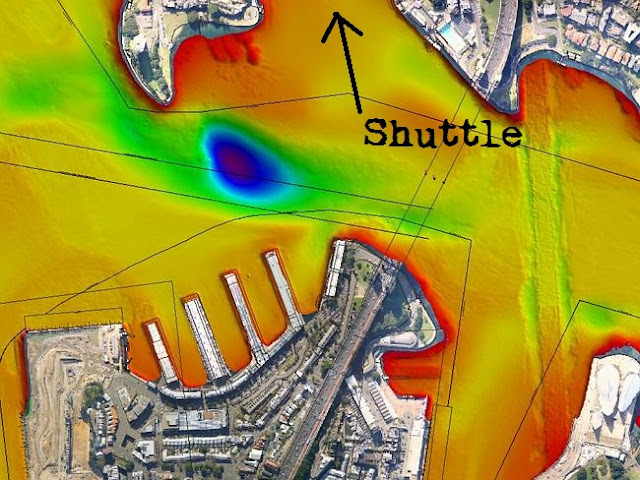 Sooner or later this $750,000 multi-beam echo sounding system, installed on the tri-hulled motor boat Port Explorer, might reveal Jeffries' Hammond typeshuttle.
The system fires 512 separate sonar rays to the bottom of the harbour to build up a digital map of its hidden depths. During their regular scanning runs crisscrossing the harbour’s shipping lanes, the surveyors have found a variety of furniture items, including tables and chairs, and a 15cm wide steel pipe, so there's no reason why they can't also find the shuttle. Sydney Ports harbour master Captain Philip Halliday said “The harbour has a colourful history of debris and objects that have been found by our survey teams.” 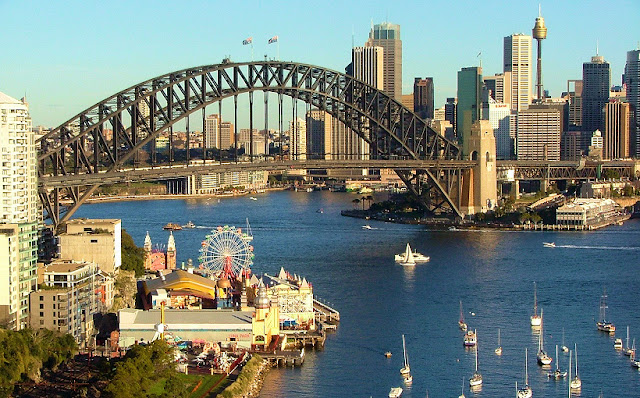 The view from my apartment at Milson's Point from 1969-72 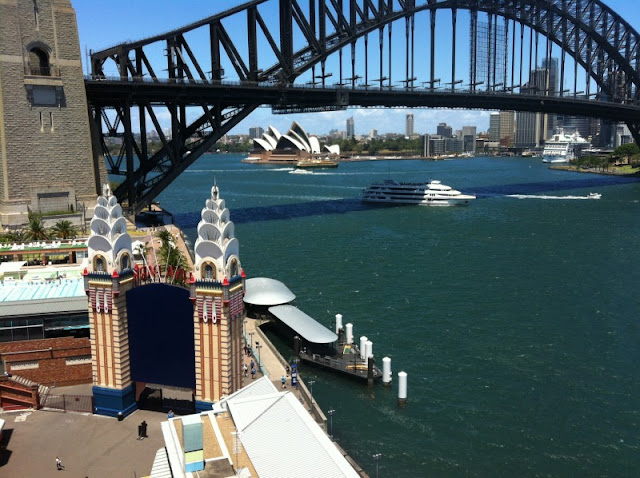 If I had known the Hammond typeshuttle was there at the time, I'd have probably gone looking for it myself when I lived at Milson's Point more than 40 years ago. I had an apartment on East Crescent Street, overlooking the Milson's Point ferry wharf and Luna Park, from 1969-72, before the Sydney Opera House was completed. My view across Sydney Harbour was the one made famous by noted painter Brett Whiteley. 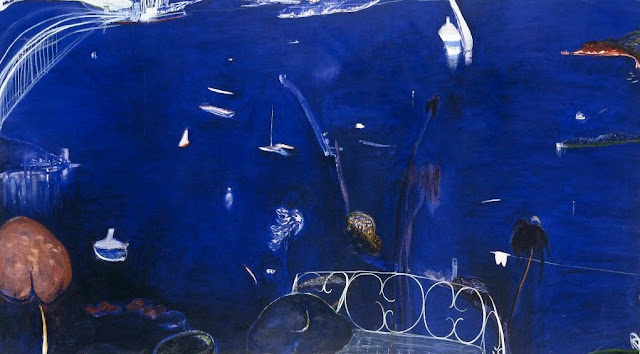 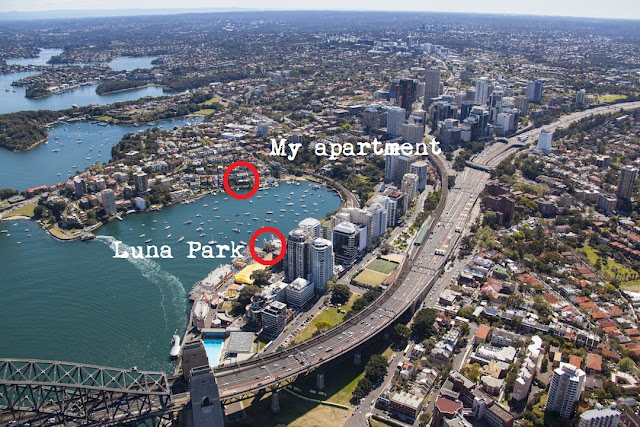 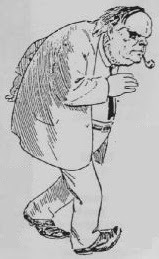 Charles Adams Jeffries
Charles Adams Jeffries was born in Bedminster, Bristol, England, on April 13, 1869, but raised in New Zealand, where his father, George Jeffries (1839-1903), was a farmer at Geraldine, South Canterbury. Charles joined New Zealand Railways as a cadet telegraphist and later surveyor. After becoming married in Dunedin, he moved to Australia in 1891, aged 22, and joined the Bulletin, becoming its lead sports writer and one of Australia's finest boxing writers. He had just left the Bulletin, in early November 1914, after 23 years' service, and was headed for the new World, a labour daily, when he became embroiled in the Hervey forgery case, through Hervey's use of his Hammond. The World job fell through because of Jeffries' damaged reputation. Jeffries went bankrupt. In 1923 Jeffries was appointed chief leader writer for Sydney's Daily Commercial News and Shipping List, and remained there until he died, on April 17, 1931, four days after his 62nd birthday. He had also written on a variety of non-fiction subjects, including politics, agriculture, industry and labour for the Lone Hand. 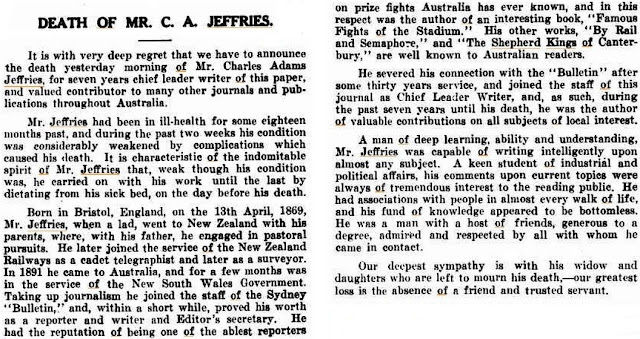 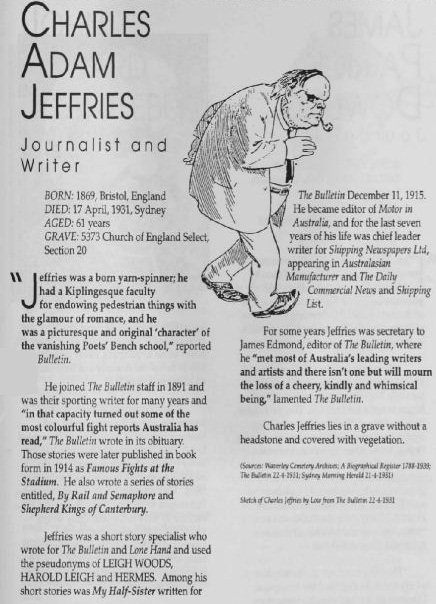 Guy Hervey died from diabetes 2 1/2 years later, in Melbourne on November 6, 1933, three weeks short of his 53rd birthday. Said to have "turned out poetry by the square yard with mechanical regularity", the Sydney Mirror described Hervey thus: “He wrote some stirring verse, was a powerful speaker, and had a remarkable knowledge of world history. But he had an unfortunate kink in his make-up, and it brought him to ruin.”
His chequered career included, in 1905, an acquittal on a charge of attempted murder after the shooting of an actor whose wife Hervey was "escorting" down Bourke Street in Melbourne. 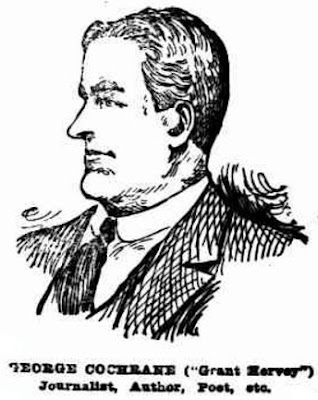 On November 2, 1914, Hervey typed a false telegram (written on Jeffries' Hammond) to be sent to the editor of the newspaper in Hervey's home town in Victoria, The Casterton News, Edward Daniel Gazzard, telling Gazzard that Hervey was bankrupt. The newspaper printed the information, after which Hervey took legal action against the proprietor for defamation. "He and his accomplices were caught out by diligent detective work," said one biographer. It is true that Hervey was imprisoned to hard labour, for two years, but Jeffries was never charged for his innocent part in the conspiracy. 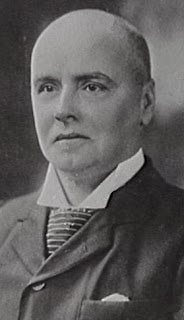 John Norton
Hervey was found guilty of “forgery and uttering”, and was also jailed for another two years of hard labour for attempting to obtain money by false pretences from the newspaper proprietor John Norton (1858-1916), an English-born journalist, editor and member of the New South Wales Parliament who owned the Sydney newspaper the Truth. It was Norton who invented the Australian word "wowser", meaning one whose overdeveloped sense of morality drives them to deprive others of their pleasures; a person regarded as excessively puritanical; a killjoy. Norton was a chronic alcoholic and megalomaniac and arguably one of Australia's most controversial public figures ever, the father of the equally notorious newspaper owner Ezra Norton. Hervey had worked for John Norton, and knew his wife Ada. Hervey asked Norton for money to provide evidence in a divorce case against Ada regarding an alleged affair with Hervey. Instead John and Ada were judicially separated on November 9, 1915, on the grounds of John's drunkenness, cruelty and adultery. 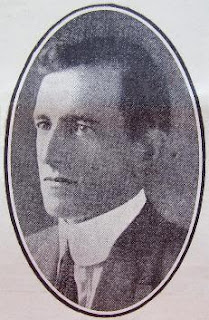 Jack de Garis
In 1919, not long after his release from jail, Hervey fraudulently acted the part of an American journalist called Hervey Grant Madison in a campaign to open up a "Greater Mildura" area for large-scale development and create a new state in the region. He was exposed by businessman Clement John De Garis. In January 1921 Hervey became editor of the Mildura and Merbein Sun and used his position to undermine De Garis. This was at a time when De Garis was financing a large project for a settlement at Kendenup, in Western Australia; investors got cold feet and the De Garis empire collapsed. Mildura residents subsequently tarred and feathered Hervey (using kapok for feathers). The incident went to court and his assailants were convicted, but the judge condemned Hervey's "foul and filthy" journalism and branded his character as "despicable". De Garis, founder of the Sunraysia Daily, committed suicide in 1926.
In 1923 Hervey was yet again convicted of forgery and uttering, having forged a signature on two cheques. In 1929 he was joint editor of Beckett's Budget, a short-lived journal of sensation and salacity. In 1931 Hervey was charged with having forged someone else’s name on a telegram.
Posted by Robert Messenger at 15:16

What a nice story. Thank you!

Actually, you never know when you can find something amazing in a storage unit somewhere! Of course you're going to have to wait for one to turn up, but perhaps eBay will be your friend….