With prompt advice from Nick Bodemer and Richard Polt, I was able to get the platen out of this 1937 Royal portable, so I could investigate possible corrosion on the feed roller plate. The rod had refused to move more than a few inches. Nick suggested lots of lubrication and some firm toggling, which eventually worked and allowed me to pull the rod out from the right side (with a gentle tap of a hammer, as put forward by Richard). 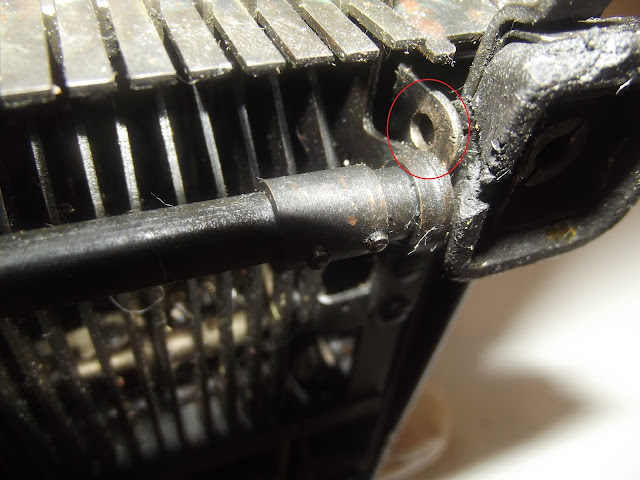 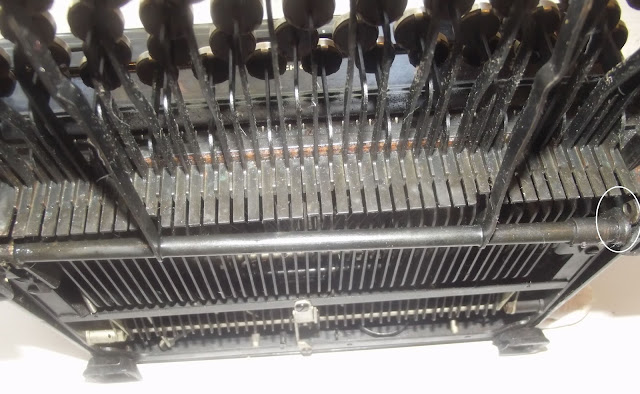 Now, however, I am stumped by another problem. I noticed the spacebar was a little too far back, almost under the front bank of keys, and at a slight angle. It was nonetheless working fine.
There are no bends in the arms of the spacebar, so the cause of the angle had to be elsewhere. Sure enough, underneath the machine, the rod on to which the arms attach is at a very pronounced angle. One end of the rod has come away from its slot and is wobbling about freely, back and forward - and in doing so disrupting the movement of the ribbon colour switch and the shift key and shift lock. 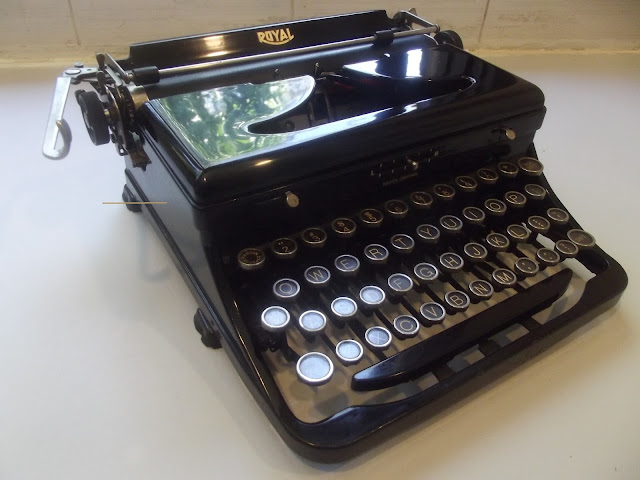 This photo shows the angle of the spacebar
Easily fixed, or so I thought. Once the rod was slotted back into place, it lined up properly, as did the spacebar. But the spacebar just refused to budge. (Yes, the tabs under the spacebar are under the front lip, so that's not what's stopping the spacebar moving.) I suspect now that a previous owner might have pulled the rod out from its slot, for this very reason. There must be something preventing the rod turning in its slots and the arms moving up and down, something which I cannot spot. As I said, the spacebar works OK without the rod being properly attached, but it moves all over the place and interferes with the shift mechanism. I assumed the rod and its arms would simply pivot once it was slotted in, but it doesn't.
Any thoughts? Am I missing something? 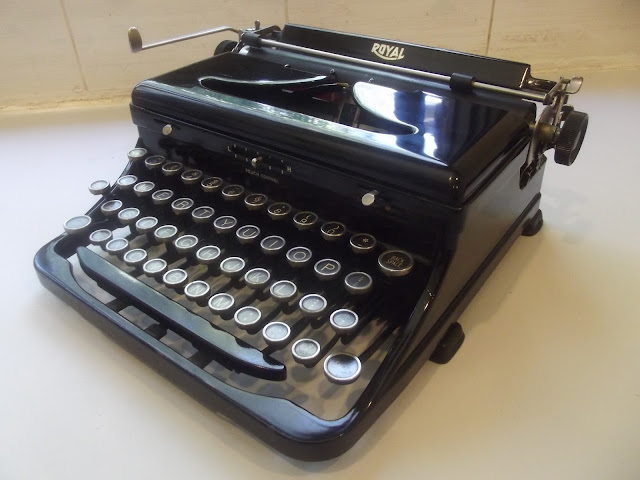 Posted by Robert Messenger at 21:52

Strange indeed. Reminds me of my SM3, but do not toss your Royal across the shop. I wonder if part that you placed the space bar into is pressing a bit to tightly on the rod that is to pivot. It may be that if both sides of the mount are too tight the space bar would feel like it is jammed. Could you place the typewriter on the back (not ribbon cover) and still have the carriage free? If so maybe a slight outward pressure on one of the mounts may show it the tension is too great pressing into the sides of the space bar rod. Knowing your expertise though you may have already tried this.

The spacebars and shift keys on those Royals are connected for some reason, meaning of they are stuck, it will shift and space at the same time...

The spacebars and shift keys on those Royals are connected for some reason, meaning of they are stuck, it will shift and space at the same time...