The Typewriter, Considered as a Bee-Trap: The Fated Johnstons 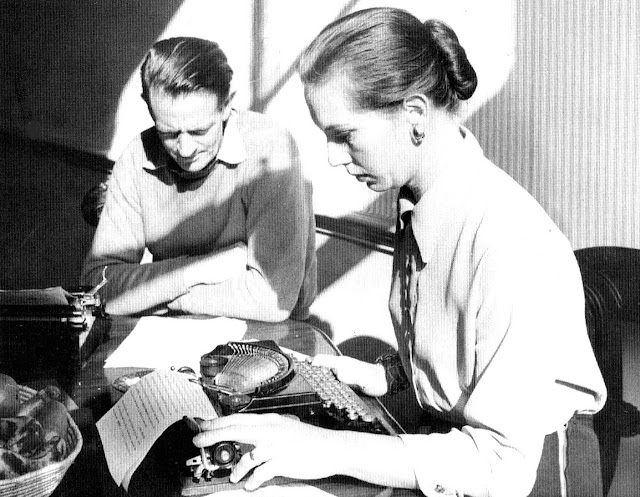 From the poetry collection
The Typewriter Considered as a Bee-Trap,
by Martin Johnston (Sydney: Hale and Iremonger, 1984)
"... a daydream of writerly faith. The kind of poem that can only result if you let go and see where the bees’ flightpaths may lead your fingers as your digits themselves hover above the keys. On a honey-sticky, warm summer’s evening, when all things are allowed ... Semi-aleatory. Perhaps, outside of the depth-charged inner channels of his difficult life, he could rest to pluck up stray shards to examine them, glittering in the sun."
- W.H. Chong, Crikey 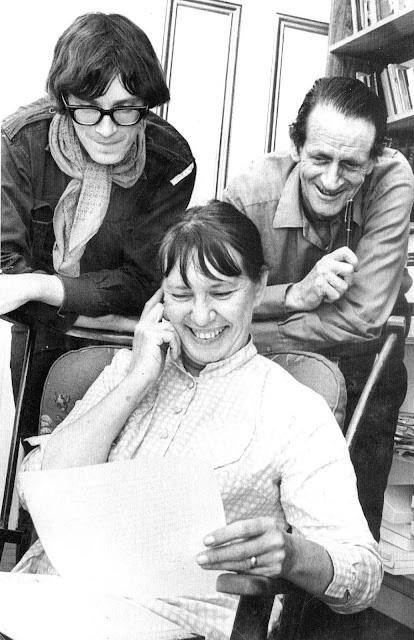 Martin Johnston with his parents, Mosman, Sydney, 1967
Martin Johnston was born in Sydney on November 12, 1947, the eldest child of Australian writers George Johnston and Charmian Clift. When he was three, the family moved to England, where Johnston and Clift worked as journalists. In 1954, his parents left England to write in Greece. They lived first on the island of Kálimnos and then on Hydra (Ídhra), where among many other things they aided and abetted Leonard Cohen and Marianne Jensen. 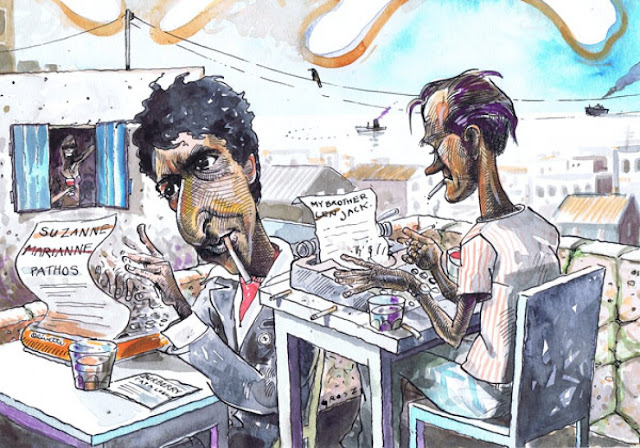 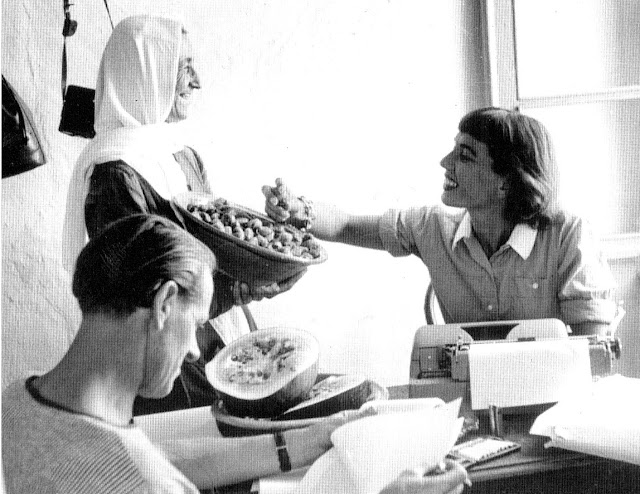 George Johnston, foreground, and Charmian Clift, on her Remington portable typewriter, in Kálimnos in 1955.
After George Johnston’s autobiographical novel, Miles Franklin Award-winner My Brother Jack, became a success in 1964, the family returned to Australia and Martin completed his secondary education at North Sydney Boys' High School and matriculated to the University of Sydney in 1966, enrolling in an Arts degree majoring in English. 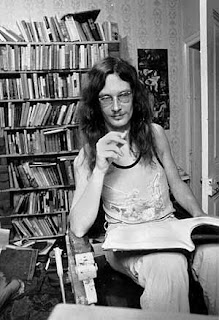 He dropped out of university in 1968 to become a cadet reporter with The Sydney Morning Herald and in 1970 became a freelance writer. On July 8, 1969, Martin’s mother, Charmian Clift, while considerably affected by alcohol, took a fatal overdose of sleeping tablets at her Mosman home. She was just 45. Martin's younger sister, Shane, with whom he had grown up in Greece, committed suicide in 1974.

In 1984, Martin published his fourth poetry collection, The Typewriter Considered as a Bee-Trap. Through the late 1980s, his dependence on alcohol worsened. The premature death of another family member – his half-sister Gae (from George's first marriage) died of a drug overdose in late 1988 – affected him badly. After a collapse he fell into a coma, and died on June 21, 1990, aged just 42. 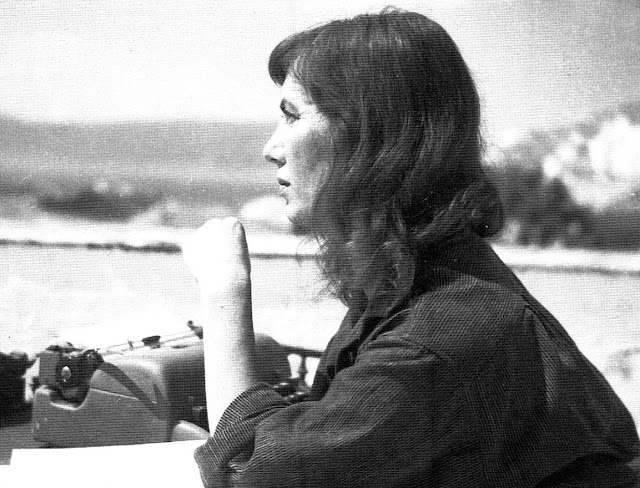 
Charmian Clift was born on August 30, 1923 at Kiama, South Coast, New South Wales. During World War II she edited an army magazine in Melbourne and began to write and publish short stories. In 1946 she joined the Argus and met the war correspondent George Johnston. Their employers disapproved of their relationship and both were summarily dismissed. Clift and Johnston left for Sydney and, following his divorce, were married on August 7, 1947, at the Manly courthouse. Martin was born three months later. 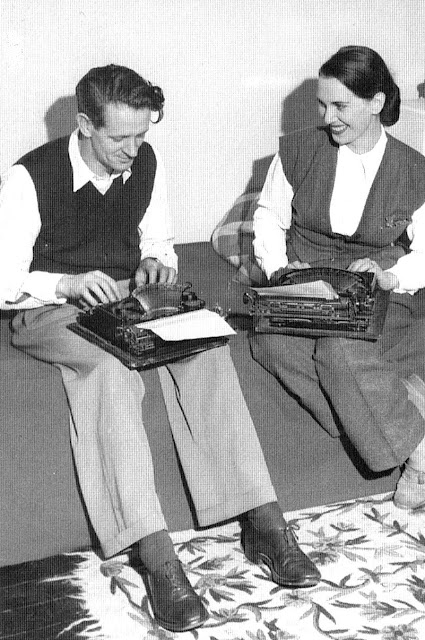 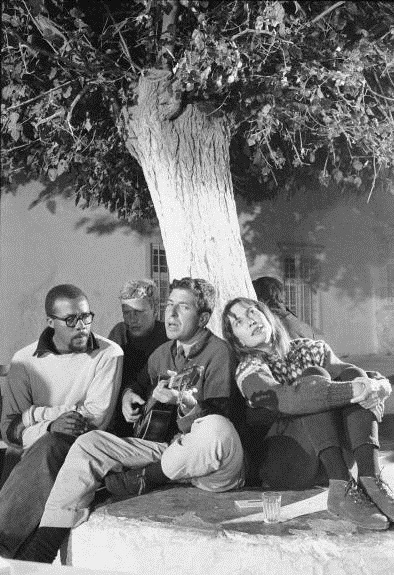 Charmian Clift with Leonard Cohen, Hydra, 1960. Clift and George Johnston proved very helpful to Cohen and Marianne Jensen at this time. Below, Johnston and Clift on the right, Cohen and Jensen on the left. George Henry Johnston was born in Caulfield, Melbourne, on July 20, 1912, and spent his childhood in Elsternwick. He attended Brighton Technical School from 1922 and was apprenticed to a lithographer with the art printers Troedel & Cooper. At 16 he had an article on local shipwrecks accepted by the Argus. In 1933 he was taken on to that paper as a cadet reporter, with responsibility for the shipping round. In 1941 Johnston was accredited as No 1 Australian war correspondent. He worked in New Guinea (1942), Britain and the United States (1943), India, China and Burma (1944), Italy (1944) and in Burma once more (1945); he also witnessed the Japanese surrender on board USS Missouri in Tokyo Bay in 1945. Johnston returned in October 1945 to find himself famous and favoured, especially by the Argus's managing director Sir Errol Knox, who nicknamed him "Golden Boy" and appointed him first editor of the Australasian Post. Early in 1948 Johnston was given a feature-writing role on the Sydney Sun. In 1951 Johnston was appointed to head the London office of Associated Newspapers Services and, when Associated Newspapers was taken over by the Fairfax family in 1953, he started to consider writing full time. He died of pulmonary tuberculosis on July 22, 1970, at his Mosman, Sydney, home, two days after his 58th birthday. 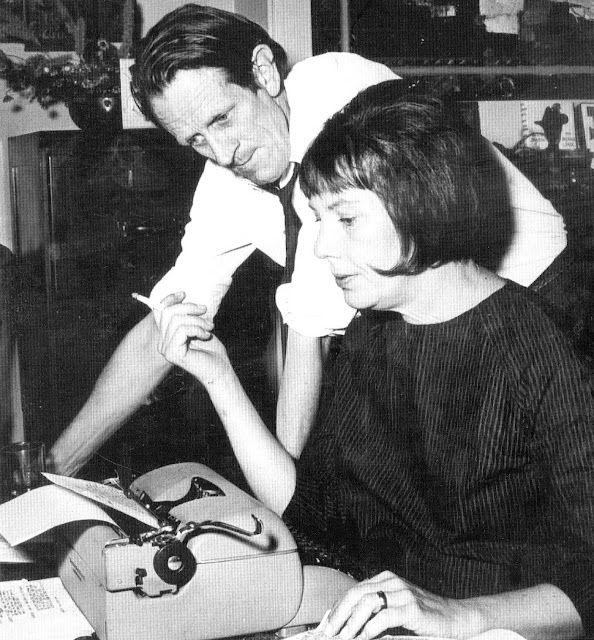 Charmian Clift uses her Remington portable typewriter to work on adapting George Johnston's My Brother Jack for ABC TV in 1965. 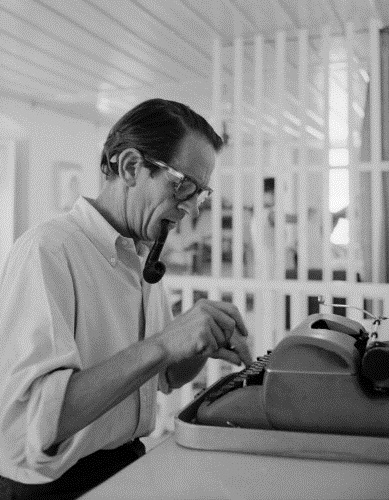 Above and below, George Johnston with the Remington portable typewriter,
Hydra, 1960 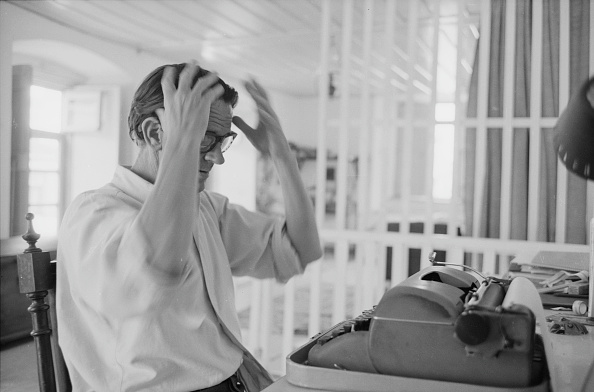 Posted by Robert Messenger at 08:40

An interesting story, and I love the pictures of the two of them with their typewriters, side-by-side. Thanks again for another insightful article.

Hi Robert,
Love this post... especially as I found it randomly looking up images of Charmian Clift on Hydra. Good to see they were such devoted Remington people.
To be honest I've done a bit of a deep dive on Clift & Johnston recently, which comes off the back of a small obsession with Leonard Cohen on Hydra, and that whole romantic early 60s thing of bohemians on an island in the sun. Looking for a more authentic or semi-primitive/monastic way of life, and drink and drugs etc.
With the exception of My Brother Jack, I don't think they're widely read much nowadays... I had to order in a copy of Clift's memoirs from that period. But she's an excellent clear writer. And there's a great counterpoint between the novels (eg sponge divers) and the memoirs -- a much rounder picture, inevitably.
It's all so romantic and easily-idealised now, what with the black & white photos and drinks by the harbour, but I imagine in reality there was a lot of hard work and serious problems even if the cost of living was smaller. And they raised their kids there too.
Different times, and different ways.
I still want to go there.
rino

Thanks Rino. There was a double-page spread on Martin in Spectrum in the Sydney Morning Herald on the weekend just gone.
How are you these days? A newbie collector asked me last week about whether he could touch base with fellow collectors in Brisbane. Are there any left there? Sadly Derrick Brown died in September - this guy bought Derrick's last machine.

Cheers Rob -- but I'm down on the Central Coast now and don't know who's left in Brisbane & collects. I've whittled my collection down to the barest necessities only. Otherwise all is good here, happy to be at this latitude again. Will keep you posted if I'm in the Khanburrah area again soon, rino