A Merry Man With The Munson: Choosing a Typewriter (at the Right Price) in London in 1893 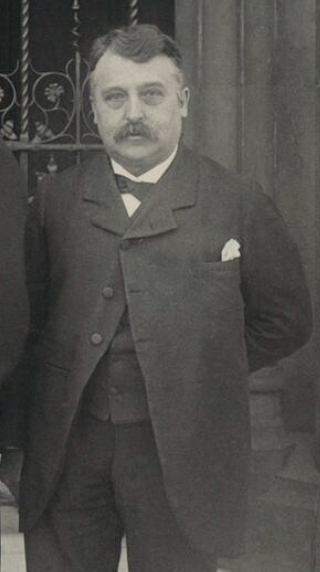 Alfred Janes
Alfred Janes was a London political journalist of 20 years standing when on January 26, 1894, he wrote to Frank Harrison, editor and publisher of the influential Boston-produced Shorthand Magazine. Janes had correctly surmised that Harrison was mounting a one-man crusade to bring down the price of typewriters, and decided he should add an English voice to the cause. 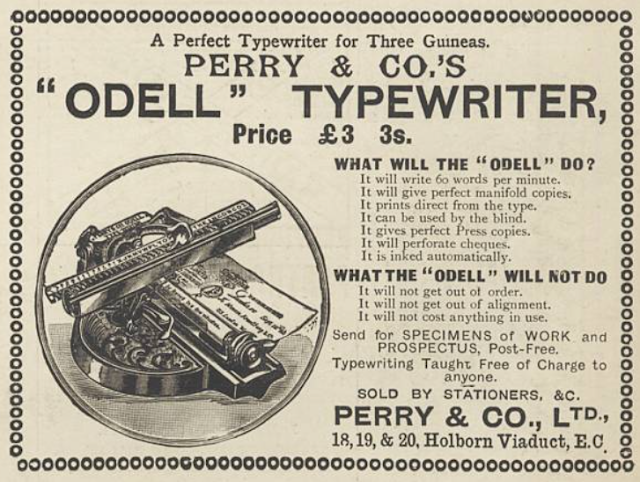 Perry & Co was the London agency Janes dealt with
(after they dropped the price on the Munson).
Surprisingly, given his calling, Janes had been using a Columbia “wheel” typewriter, but was interested in acquiring a “fast or key” machine such the Bar-Lock (knowing that Charles Spiro had invented both). The price, however, was too high for him. Given what must have been a substantial workload, the Columbia naturally broke down and proved beyond repair. So Janes checked out another small index typewriter, the Odell, “to go on with until some reliable machine could be obtained at a reasonable price”. On trying out the Odell at the agents on the Holborn Viaduct, Janes discovered the virtues of a very different kind of typewriter, the Munson. But it too was priced at £21, the then equivalent of $US100. On Fleet Street he found a Franklin at £15. “This was a typebar machine of very engaging appearance, but it was, in London at any rate, a new and unknown typewriter, and the absence of expert opinion was a disadvantage.” 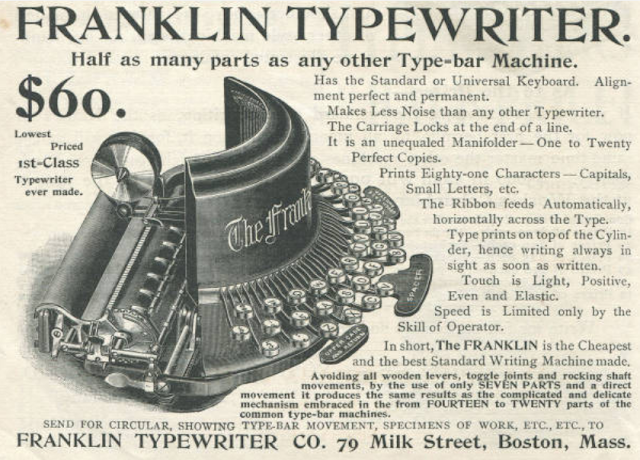 Janes elected to buy the Odell at £5 5s (it was later dropped to £3 3s), to keep him typing for a year or two, but on returning to the agent found the American company had agreed to drop the price on the Munson from £21 to £12 12s (about $US60). Janes was the second noted journalist to grab this bargain. The first was Thomas Power O'Connor (1848-1929), the Irish nationalist political figure and British Member of Parliament. (O’Connor later used a Corona folding; see footage of him typing in this 2013 post.) Janes set about practising to use a typebar typewriter for four weeks, before declaring that he was “very much … liking the idea of substituting a pleasant operation for what for me is the disagreeable one of using a pen”. 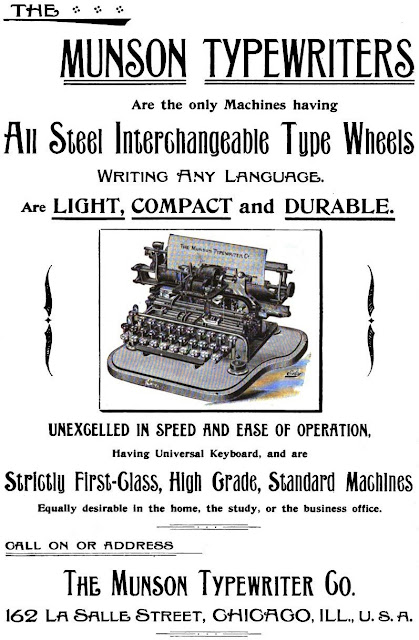 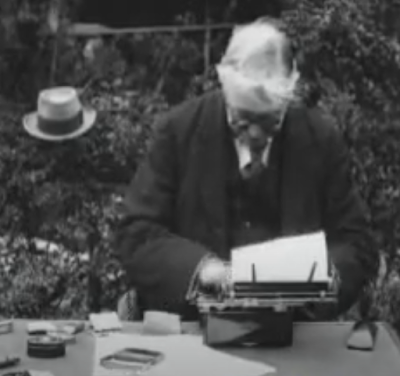 T.P. O'Connor at his Corona folding portable.
Janes reported that at the time the keyboard typewriters available in Britain were the Remington, Caligraph, Hammond, Bar-Lock, Densmore, Williams, Yost, Franklin, Munson and the British-made North and Maskelyne. “The pretty Finch machine seems to have dropped out”. He had seen a National, also priced at around £12 12s, but knew of no British agent for it. Janes disputed Harrison’s word that the Daugherty was the only visible writing machine of the period, saying he considered the Williams provided “writing space … fully before the operator”. But he said the typebar action suggested “a nightmare of spider’s legs” and that users might suffer from astigmatism. 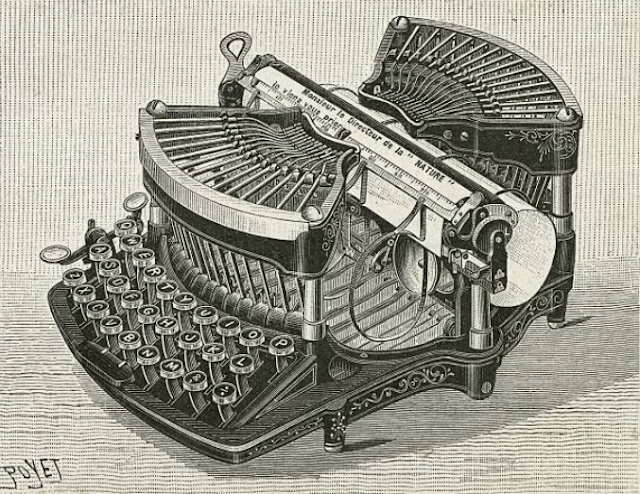 James Alfred Janes died in London in August 1907. Born in 1840 in Dunstable, Bedfordshire, he had worked in Sheffield and Birmingham before moving to London as a Parliamentary reporter. After five years in the Press Gallery of the House of Commons, he joined the Parliamentary staff of the Daily News, retiring in 1904 after 30 years’ service. In 1901 Janes also published his own system of shorthand, called Aristos. 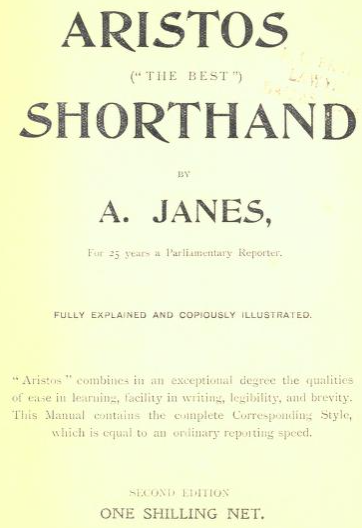 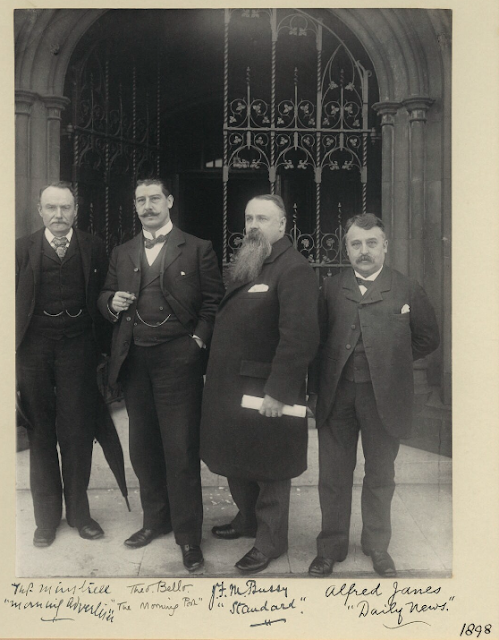 Janes, right, with some of his London Press Gallery colleagues in 1898, from left Thomas Minstrell, Theodore Alexander Demetrius Bello and James Frankland Moir Bussy. Photographed by Benjamin Stone on the Members’ Entrance to Terrace, Houses of Parliament, Westminster.
Posted by Robert Messenger at 21:32

More new-to me typewriter brands.
Amazing how a person needed to be cost conscience to get one of those fine looking typewriters when today we have collections of them. Too bad we cannot get those old ones today at yesterday's prices.