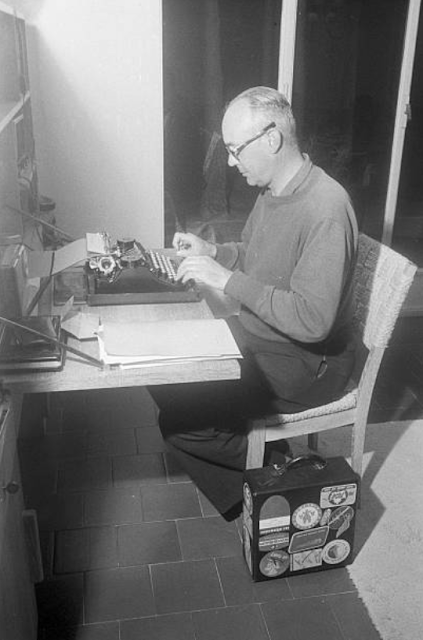 In early April 1955, the much-travelled Professor Pierre Lépine writes a report on his effective polio vaccine on an Underwood portable typewriter.
The April 11,1955, issue of LIFE magazine, the one that carried the famous (for we typewriters fanatics at least) spread on the Olivetti Lettera 22 stand on Fifth Avenue, New York, also devoted multiple pages to the story, “US Gets Set For Polio Vaccine”. I realise I’m showing my age here, but I may be one of very few Typospherians who has a vivid memory of getting my polio jab, more than 64 years ago. I also seem to recall I summonsed up all my willpower back then and was a very brave little lad – but just look at the size of those hypodermics – horse needles! Of course, the rush in the past year to produce a vaccine for Covid-19 has sparked recollections of the last such race, to beat the polio epidemic. 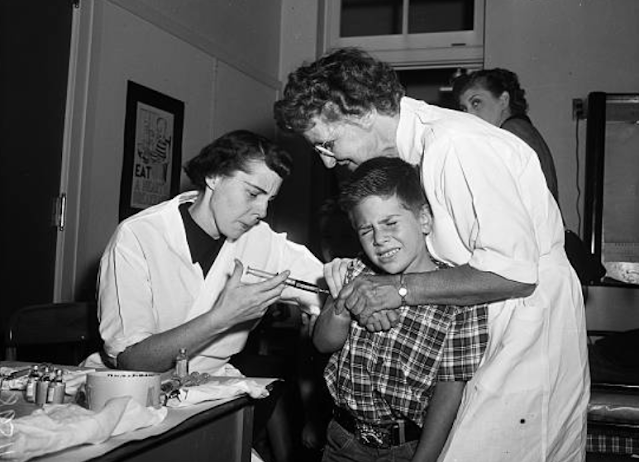 The Covid-19 vaccine rollout started in Australia yesterday and I can’t wait to line up again for my jab. Given Canberra has been relatively Covid-free – and Australia itself has so far succeeded in keeping the pandemic under reasonable control – it may be months, certainly many weeks, before my turn comes around for the vaccine. Will it be Pfizer-BioNTech? University of Oxford-AstraZeneca? Novavax? COVAX Facility? Who knows? I won’t care as long as I get one. 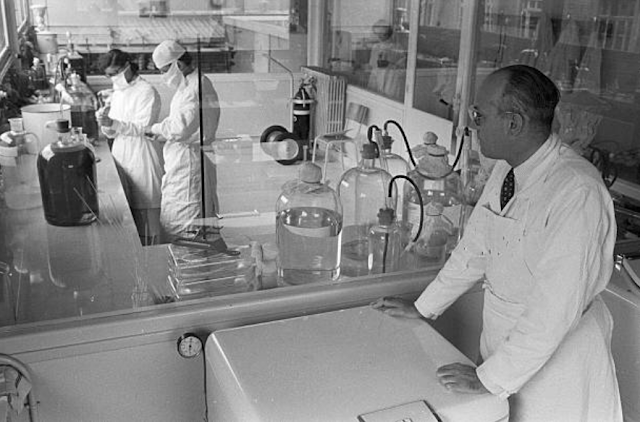 Pierre Lépine, right, works on his polio vaccine at the Institut Pasteur in Paris. 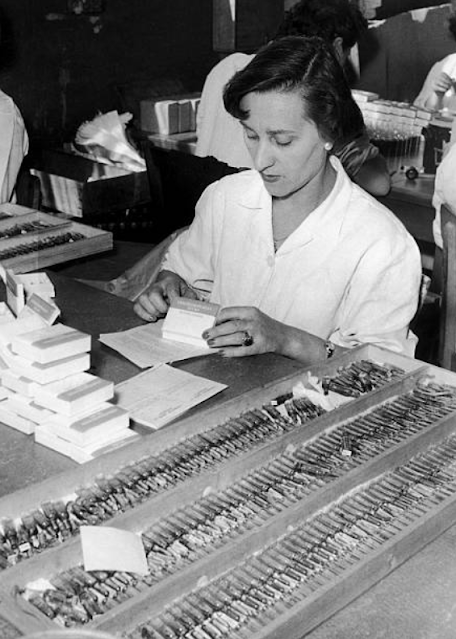 The Lépine vaccine is packed for distribution.

While thinking back on the mid-50s polio epidemic, I came cross the image at the top of this post of Pierre Raphaël Lépine, a French physician and biologist who was one of the leaders in the quest to come up with a successful and safe vaccine. Lépine was born into a  family of doctors in Lyon on August 13, 1901. His father, Jean Camille Raphaël Lépine (1876-1967), was a lecturer in clinical psychiatry at the medical school of Lyon. 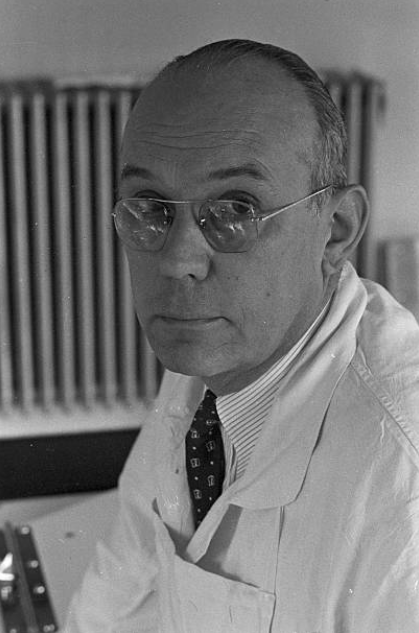 Pierre Lépine
Pierre trained in Lyon from 1918 and from 1924-1926 he was in Central America, conducting research on yellow fever at the hospital of Tela, Honduras. On his return he was appointed lecturer in general and anatomical pathology at the American university of Beirut, Lebanon, and in 1927 he entered the College de France conducting conducted research in serology. He first attended the Institut Pasteur in Paris in 1928, for a microbiology course. That same year Lépine became head of laboratory at the institute while pursuing the field of chemotherapy to find cure for syphilis. He tackled virus systematics, conducted research on herpes viral encephalitis in monkeys and on poliovirus. 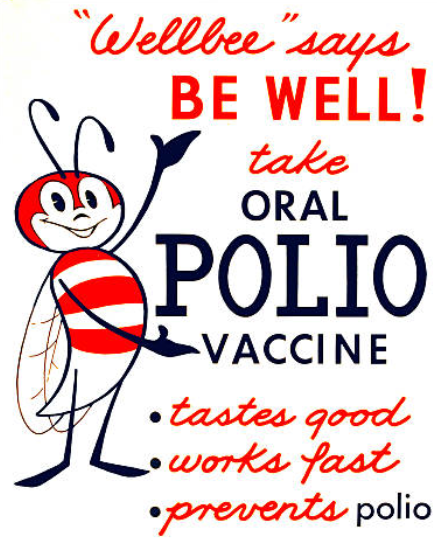 In 1930 he was in London studying multiple sclerosis and from 1931-1935 was director of the Athens Pasteur Institute and professor in bacteriology at the Athens School of Hygiene and began his first clinical trials of a vaccine for poliomyelitis in monkeys, using inactivated virus. In 1938 Lépine co-founded the French Society of Microbiology. From 1941 the Institut Pasteur merged laboratories dealing with viruses and in 1946 Lépine was in charge of collecting witnesses concerning medical experiments on human beings in Nazi concentration camps for the Nuremberg war crimes trials. 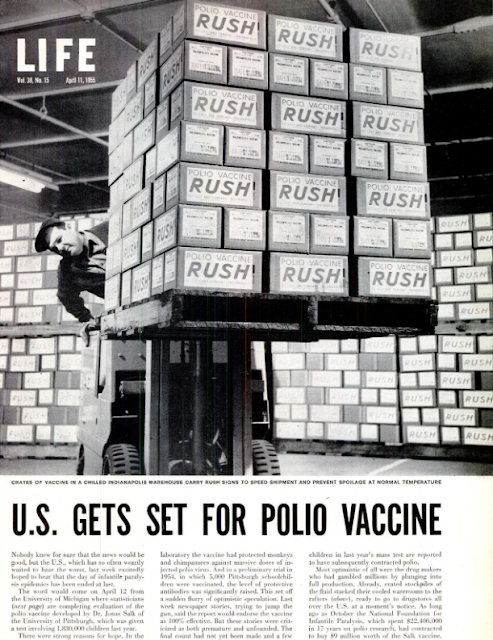 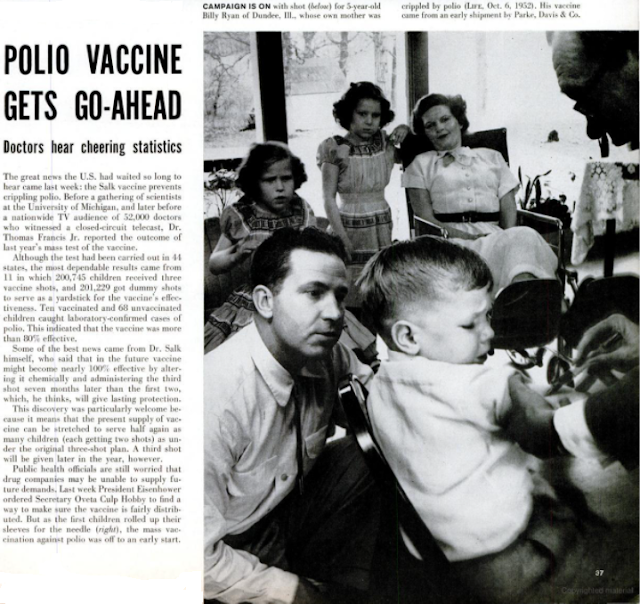 From 1950, following the development in the US of a method for replicating poliovirus in embryonic cell cultures, he collaborated with Jonas Salk in Pittsburgh. On March 2, 1953, Salk went on CBS radio to report a successful test on a small group of adults and children. The results of a massive Francis Field Trial were announced on April 12, 1955 (the 10th anniversary of the death of President Franklin D. Roosevelt, whose paralytic illness was generally believed to have been caused by polio). A week earlier Lépine announced his effective vaccine. Lépine's methods consisted in twice inactivated virus in order to prevent any infectious risks. From 1957, a mass vaccination campaign in France lead to nearly complete eradication of the infant paralysis in France. In the early 50s, polio rates in the US were above 25,000 annually. However, in 1952 and 1953, the US experienced an outbreak of 58,000 and 35,000 polio cases, respectively; deaths in those years numbered 3200 and 1400. The annual number of polio cases in the US fell from 35,000 in 1953 to 5600 by 1957. By 1961 only 161 cases were recorded. 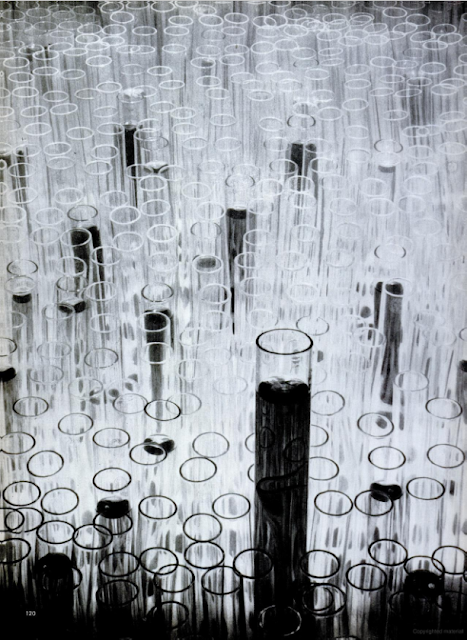 Test tubes used in developing the vaccine in the US. 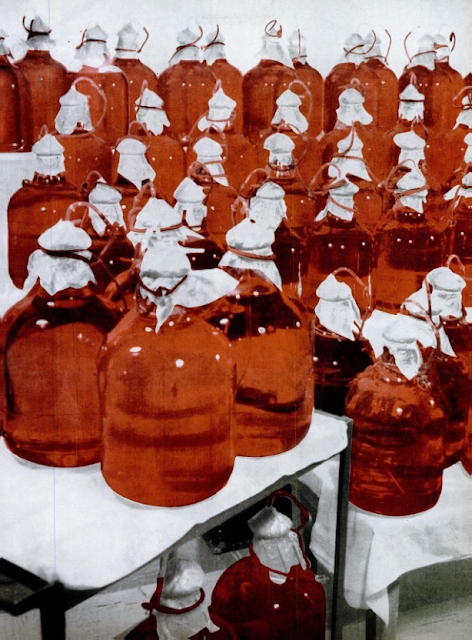 Ready for distribution, more than $US1 million (1955 figures)
worth of vaccine in five-gallon bottles.
Salk had developed an inactivated poliovirus vaccine (IPV), consisting of a mixture of three wild, virulent strains of poliovirus, grown in a type of monkey kidney tissue culture (Vero cell line), and made noninfectious by formaldehyde treatment. Lépine was involved in the manufacture and control of both IPV and a second vaccine, oral polio vaccine (OPV). The latter is a live-attenuated vaccine, produced by the passage of the virus through non-human cells at a sub-physiological temperature. The passage of virus produces mutations within the viral genome and hinders the virus's ability to infect nervous tissue. Both vaccines have been used for decades to induce immunity to polio, and to stop the spread of the infection. However, OPV has several advantages; because the vaccine is introduced in the gastrointestinal tract, the primary site of poliovirus infection and replication, it closely mimics a natural infection. OPV also provides long lasting immunity and stimulates the production of polio neutralizing antibodies in the pharynx and gut. OPV not only prevents paralytic poliomyelitis, but also, when given in sufficient doses, can stop a threatening epidemic. 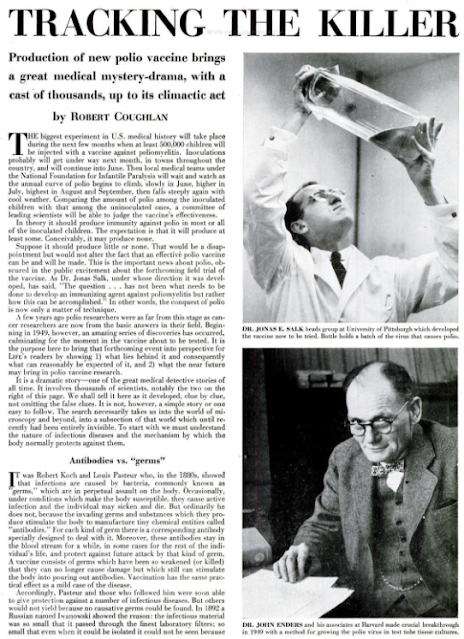 Posted by Robert Messenger at 16:58

I remember talk of the Polio vaccines being similar to what we have today with the Covid-19 vaccines. People were ready to get it and went to vaccination centers as soon as the vaccine was available. I was only a boy then. I recall we (along with most of the town) went to the local school and received the oral vaccine. Since then I've gotten many. As soon as Mrs. M. & I can, we will get our Covid-19 vaccine.