Typing of a Hard Day's Night: I.F. Stone and Newsletters 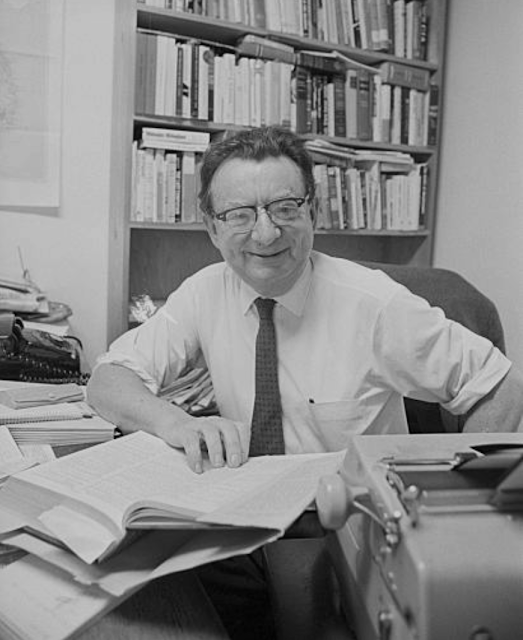 I.F. Stone at his Facit T1 typewriter.
I wasn’t at all surprised to find there were gaps in Anna Wiener’s “Critics at Large” article, “You’ve Got Mail”, in the January 4-11 issue of The New Yorker. I had read the article about Substack avidly, thinking there was bound to be some mention of the way we used to produce newsletters, amateurish as it may have been. And when I got to the paragraph beginning, “Newsletters have existed since time immemorial,” I naturally thought, yes, “immemorial” would just about describe that time. “Immemorial” means, after all, “originating in the distant past; very old”. But no, Wiener’s very next sentence said, “As Silicon Valley came into being, newsletters were among the earliest trade publications.” Well, I can tell you I was producing newsletters a long, long time before Silicon Valley was ever heard of (Don Hoefler first used the name in an article which appeared in the January 11, 1971, issue of the weekly trade newspaper Electronic News). I can well remember writing and producing newsletters on a Mimeograph at primary school, in 1959. As I recall, the last time I wrote and produced a newsletter was using an Amstrad word processor in 1987, and by then the name Silicon Valley had only been in common use a few years. 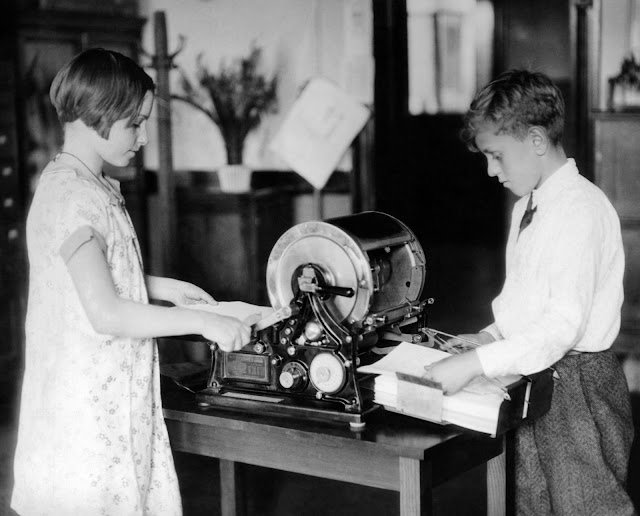 Kids at the Mimeograph. 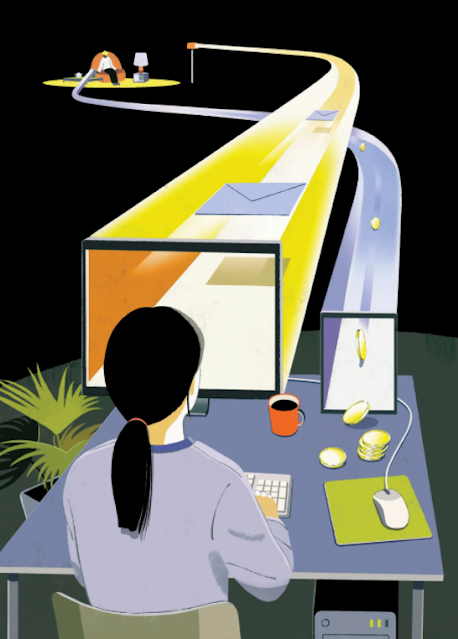 "Is Substack the Media Future We Want?" The New Yorker asked. "The newsletter service is a software company that, by mimicking some of the functions of newsrooms, has made itself difficult to categorize."

But there was a far more serious omission from Wiener’s article, as a Steve Nadler of Madison, Wisconsin (home state of the typewriter) pointed out in a letter to The New Yorker (published in the February 1 issue). Nadler said “what may be the most important American newsletter of the 20th Century, I. F. Stone’s Weekly”, had not been mentioned. “For nearly two decades, starting in 1953, it was a masterpiece of muckraking political journalism,” wrote Nadler. “Stone attacked McCarthyism and was one of the first journalists to challenge Lyndon B. Johnson’s account of the Gulf of Tonkin incident. By 1971, the newsletter had become essential reading for some 70,000 subscribers. One wishes that Stone had lived to cover the politics of the past four years.” 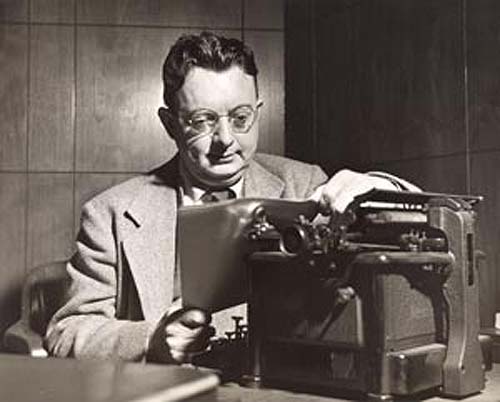 Isidor Feinstein Stone had had to cease publication of Stone’s Weekly on December 1, 1971, because of angina pectoris, and he died of a heart attack, aged 81, in Boston, Massachusetts, on June 18, 1989. In 1999, the New York University journalism department ranked his Weekly 16th among the top 100 works of journalism in the US in the 20th Century (Hunter S. Thompson’s Fear and Loathing on the Campaign Trail was 100th.). Included among those ahead of Stone’s Weekly were John Hersey’s “Hiroshima”, Woodward and Bernstein’s Watergate investigations for the Washington Post, John Reed’s “Ten Days That Shook the World”, H.L. Mencken’s coverage of the Scopes “monkey” trial, Ernie Pyle’s reports from Europe and the Pacific during World War II and The New York Times publication of the Pentagon Papers, all efforts covered previously on this blog. 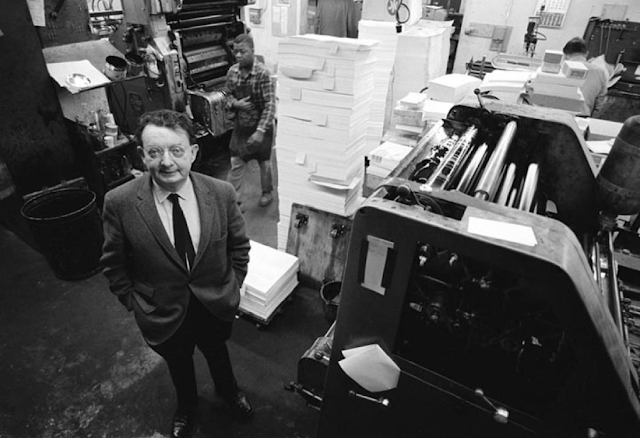 Beside the printing machines.
Stone was born on Christmas Eve 1907 in Philadelphia, Pennsylvania, to Jewish Russian immigrants. He attended Haddonfield High School and was ranked 49th in his graduating class of 52 students, which must stand as encouragement for all us journalists who were underachievers at school. Stone was influenced by the social work of Jack London. In late adolescence, Stone joined the Socialist Party of America, a political decision influenced by his reading of the works of Karl Marx, London, Peter Kropotkin and Herbert Spencer. During the 1930s Stone was an active member of the Communist-dominated Popular Front, which opposed Hitler and National Socialism. On May 1, 1935, Stone joined the League of American Writers, whose members included Lillian Hellman, Dashiell Hammett, Frank Folsom, Alexander Trachtenberg, Louis Untermeyer, Myra Page, Millen Brand and Arthur Miller. However, in late 1939, following the signing of the Molotov-Ribbentrop Pact, he used his opinion column in The Nation news magazine to denounce Joseph Stalin. Stone was frequently accused thereafter of being a Soviet spy, claims which just as frequently were disproved.

The editor of The Nation, Victor Navasky, said that plain, solid work characterised Stone's investigative journalism. He was an old-school reporter who did his homework and perused public-domain records (official government and private-industry documents) for the facts and figures, the data and quotations that would substantiate his reportage about the matters of the day. Stone said, “I made no claims to ‘inside stuff’. I tried to give information which could be documented, so the reader could check it for himself ... Reporters tend to be absorbed by the bureaucracies they cover; they take on the habits, attitudes and even accents of the military or the diplomatic corps. Should a reporter resist the pressure, there are many ways to get rid of him ... But a reporter covering the whole capital on his own -particularly if he is his own employer - is immune from these pressures.” Stone especially sought evidence of the US Government's legalistic incursions against the civil liberties and the civil and political rights of American citizens.

Despite US State Department efforts to deny him a passport, Stone travelled to Israel in 1956 and wrote the prescient words, “ … there will be wars and wars and wars until Israel comes to terms with the Palestinians ... the road to peace lies through the Palestinian refugee camp”. At the time of the Six-Day War in 1967, Stone wrote that superpower geopolitics were of secondary importance to the discontent of the Arabs and the Jews in the Levant. 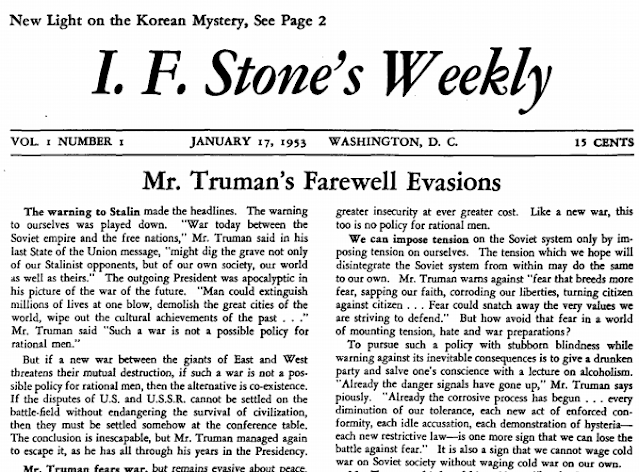 The first issue
Stone was blacklisted in 1950 and in 1953, inspired by the example of the muckraking journalist George Seldes and his political weekly, In Fact, Stone started his own independent newsletter, I. F. Stone's Weekly. Over the next few years, Stone's newsletter campaigned against McCarthyism and racial discrimination in the US. In 1964, using evidence drawn from a close reading and analysis of published accounts, Stone was the only American journalist to challenge President Lyndon B. Johnson's account of the Gulf of Tonkin incident. Julian Assange later wrote that Stone was “an important influence” on him. 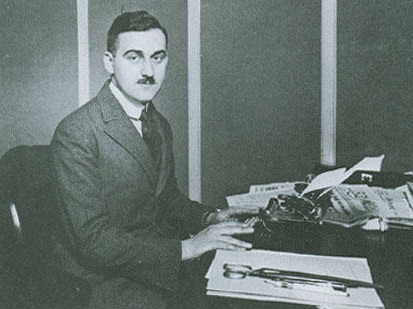 George Seldes at a typewriter in 1923. 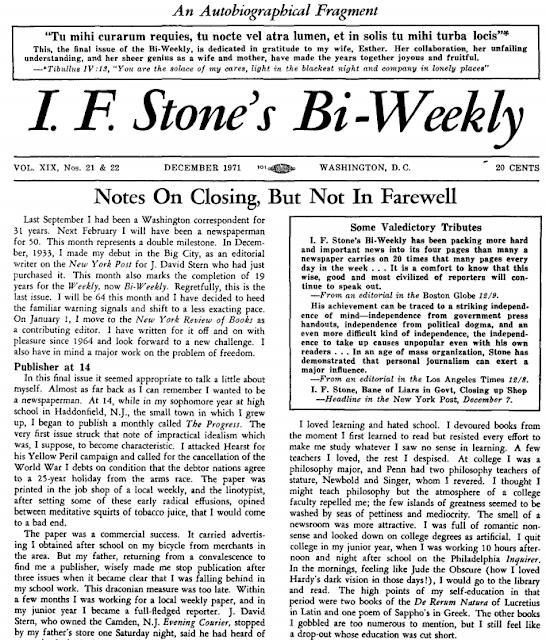 Fascinating. I particularly liked this comment from Mr. Stone:

"Reporters tend to be absorbed by the bureaucracies they cover; they take on the habits, attitudes and even accents of the military or the diplomatic corps. Should a reporter resist the pressure, there are many ways to get rid of him ... But a reporter covering the whole capital on his own -particularly if he is his own employer - is immune from these pressures."