Oliver Hess and One Helluva Typewriter 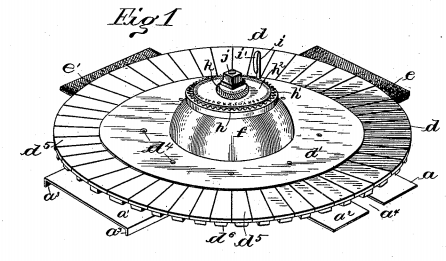 Ever wonder where mid-20th century filmmakers and TV producers got their ideas for what alien spacecraft might look like? That is, flying saucers. Well, wonder no more. Here, surely, is the inspiration. It's Oliver I. Hess's typewriter. (Oliver, by the way, was no relation of Ed B. Hess, the driving force behind Thomas Fortune Ryan's Royal Typewriter Company. Ed, who was three years younger than Oliver, came from Louisville, Kentucky, and Oliver from Mount Pleasant, Pennsylvania. But they were both patenting typewriters around the same time.) 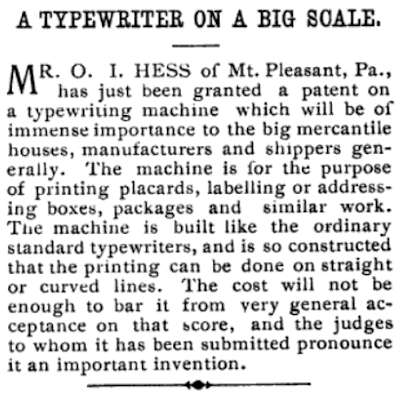 Oliver I. Hess was granted a patent (US495135A) for this machine on April 11, 1893. I came across mention of it today while browsing through one of the editions of Frank Harrison's Boston-produced Shorthand Magazine, the June 1893 issue. It took me a while, but I eventually found the patent in question. 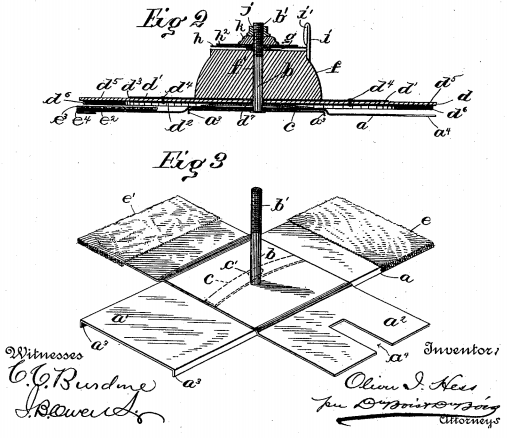 Oliver Hess was born in Wayne, Mifflin County, Pennsylvania, on January 13, 1854. He died, aged 86, after fracturing his skull by accidentally falling down the stairs from the second floor of his home in Scottdale, Pennsylvania, on July 9, 1940. He dabbled in other inventions but was a doctor all his working life. He is possibly best known for publishing a book called Catnip and Fennel, about medicinal plants, through the Physicians Drug News Company in 1911. The notorious spongers Nabu Press republished it 100 years later. In 2008 someone cited Hess's typewriter design in a patent for a door construction with closing pivot hinges integrated into door panel. Go figure!
Posted by Robert Messenger at 21:53

First I've heard of him.
That typewriter looks like a giant daisy wheel or even a flying saucer.
Mifflin County is not far from where I grew up. I went to the fire school in Lewistown.