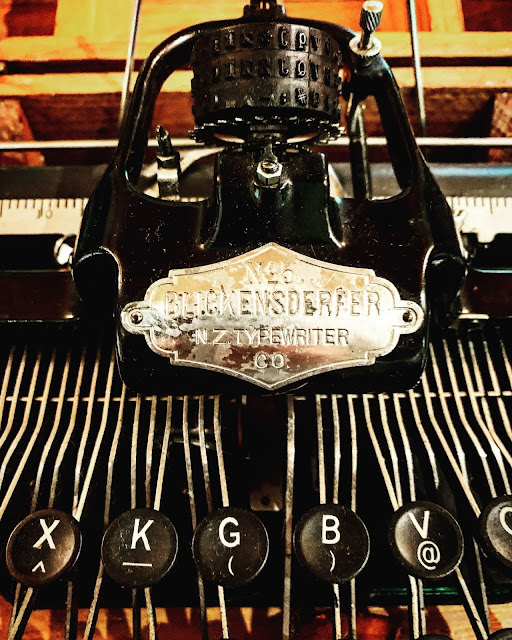 “Kauri trees mark magnetic flip 42,000 years ago” was the heading on an article by Paul Voosen in last week’s issue of Science magazine. “Using a remarkable 42,000-year-old [New Zealand] kauri tree preserved in a bog, researchers have pieced together a record of the last time Earth's protective magnetic field weakened and its poles flipped - known as the Laschamp excursion - exposing the world to a bombardment of cosmic rays and, a team of scientists suggests, briefly shifting Earth's climate.” Voosen went on to explain that workers breaking ground for a power plant had unearthed a record of a lost time: a 60-ton trunk from a kauri tree with rings which spanned 1700 years, capturing a tumultuous time when the world was turned upside down - at least magnetically speaking. By modeling the effect of this radiation bombardment on the atmosphere, the scientists suggest Earth’s climate briefly shifted, perhaps contributing to the disappearance of large mammals in Australia and Neanderthals in Europe. 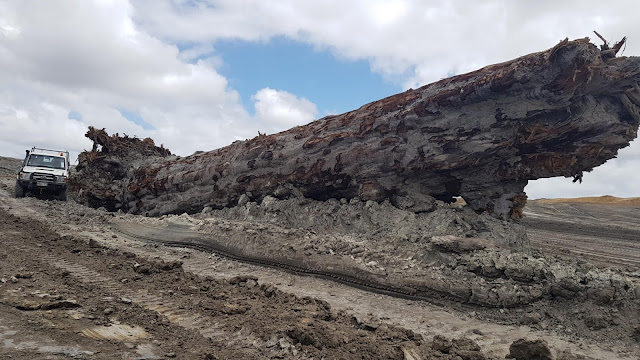 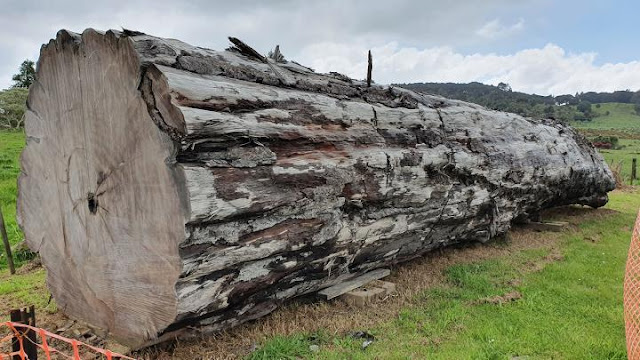 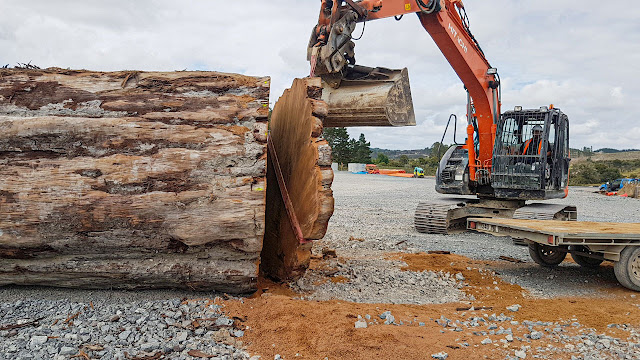 So, you are no doubt asking, what has all this got to do with typewriters? Well, the answer is simple: Sir Alfred Hamish Reed. 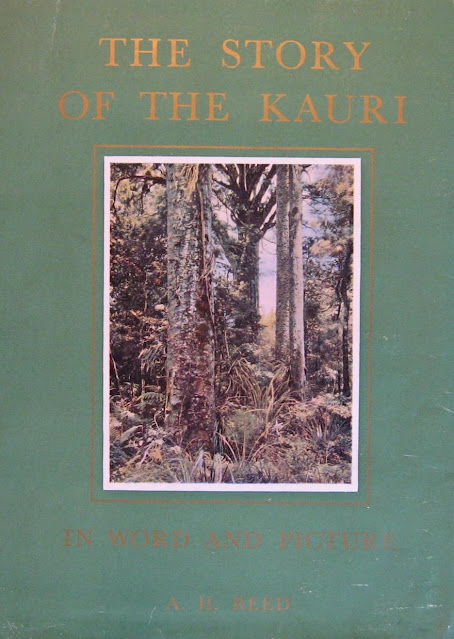 Sir Alf was one of New Zealand’s most popular 20th century figures. He was its most prolific non-fiction author, writing 39 books on history and travel over a period of 39 years (1935-1974). Six of his books are about kauri trees (The Gumdiggers: The Story of Kauri Gum [1948 and 1972], The Story of the Kauri [1953 and 1964], The Story of Kauri Park [1959]) and New Zealand's Forest King: The Kauri [1967], and the A. H. Reed Memorial Kauri Park scenic reserve, near Whangarei, commemorates his association with that North Auckland district. Reed was also a bookseller and a renowned philanthropist, but perhaps most famous as founder and, with his nephew Alexander Wyclif Reed, owner of one of the Southern Hemisphere’s major publishing houses, A.H. & A.W. Reed. 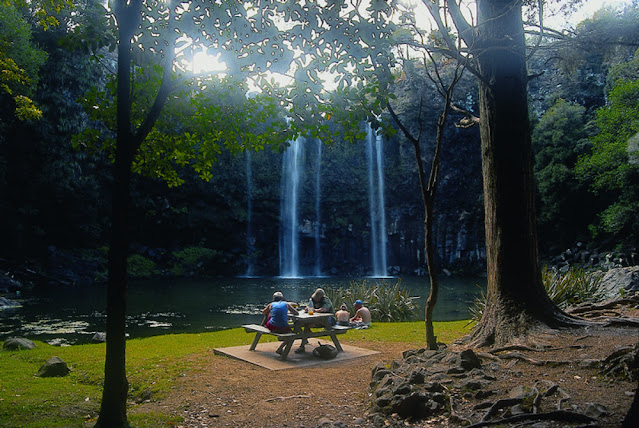 The A. H. Reed Memorial Kauri Park scenic reserve.
Yes, all very well you say, that’s the kauri connection. But what about typewriters? OK: If you go ETCetera journal No 92, December 2010, available online here, you will find that what is not so well known about Sir Alf is that he started his working life as a typewriter salesman and owned and ran the New Zealand Typewriter Company. This is the same company which was badged on Blickensderfer nameplates. 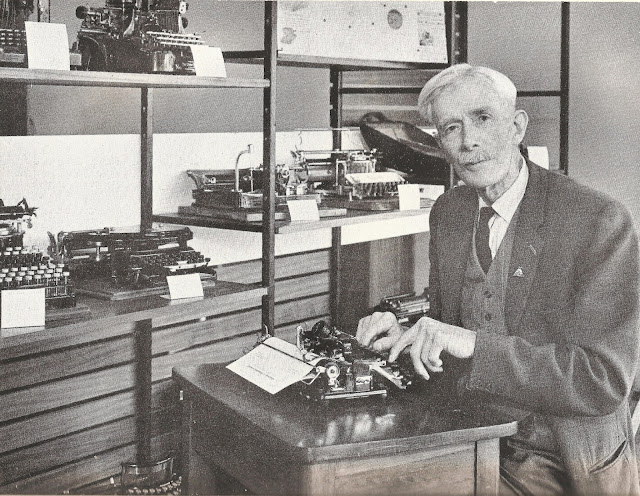 Alf Reed died in 1975, 11 months short of his 100th birthday. He was born outside London in 1875 and his family migrated to New Zealand when he was 11. Reed spent much of his adolescence digging for kauri gum alongside his father in the far north of the country. The gum was formed by resin from native kauri trees (Agathis australis). Lumps fell to the ground and became covered with soil and forest litter, eventually fossilizing. The shaved gum was sold for up to five pence a pound, and a diligent gumdigger could average eight shillings a day. Reed loathed the isolated gumfields and was determined to find a skill that would allow him to escape into town or city life. He studied shorthand through a Pitman correspondence course, and in a final test achieved 1620 words over 12 minutes at 135 words a minute to pass the qualifying standard.

In October 1895, Reed moved to Auckland, New Zealand’s largest city, but he found transcribing and newspaper jobs hard to come by. Reed had never seen a typewriter, and soon realised he would need to combine his shorthand with typing skills in order to earn a living. Reed paid two guineas for 14 weeks of typing lessons taught by John Henry Colwill, one of the first office equipment suppliers to import typewriters into New Zealand. Through Colwill, Reed was introduced to Thomas George DeRenzy, a colorful character who, in late 1894, had established the NZ Typewriter Company. Reed began working for DeRenzy on his 20th birthday, for 20 shillings a week. DeRenzy first broached the idea of Reed opening a Dunedin branch of the NZTC in May 1897 and Reed did so in late November that year. Among the 1100 Blicks Reed sold from his Dunedin branch, which came the headquarters of the NZTC, was one to John Joseph Woods, who wrote the music for the national anthem, God Defend New Zealand. 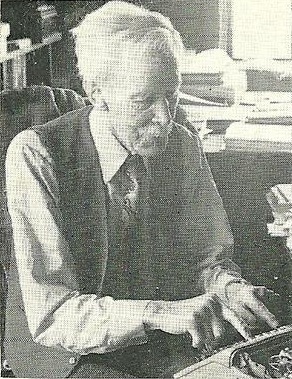 If only that ancient tree could talk.