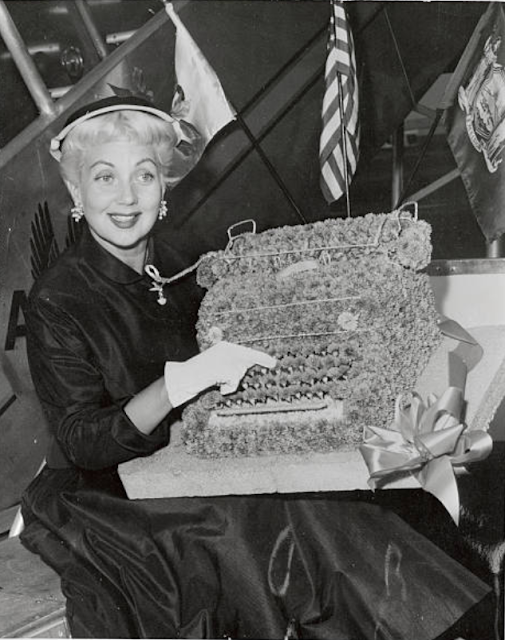 We saw an array of delightful typewriter cakes on Richard Polt’s The Typewriter Revolution blog the other day, including Ted Munk’s typewriter wedding cake. But how about this flower typewriter presented to the star of screens large and small, Ann Sothern? Sothern crowned Genevieve Lenz of Niagara Falls as “Secretary of the Year” at the National Secretaries’ Association’s ninth national convention luncheon, in the Grand Ballroom of the Waldorf-Astoria Hotel in New York on July 23, 1954. 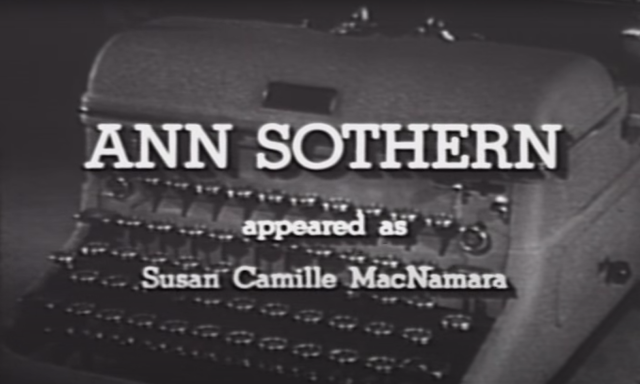 The assembled secretaries also voted Sothern “Private Secretary of the Year” for her performances as Susan Camille ‘Susie’ MacNamara in the popular CBS TV sitcom Private Secretary (aka Susie), which ran from 1953-57. Lillyan Miller of Akron, Ohio, president of the NSA, presented Sothern with the flower typewriter. The presentation almost outbids the mink-coated typewriter used by fellow actress Shirley Jones: 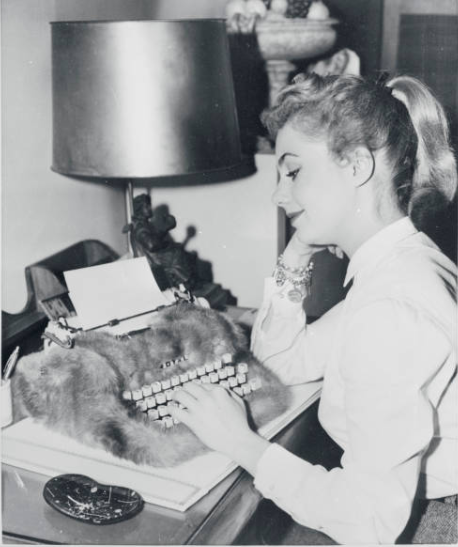 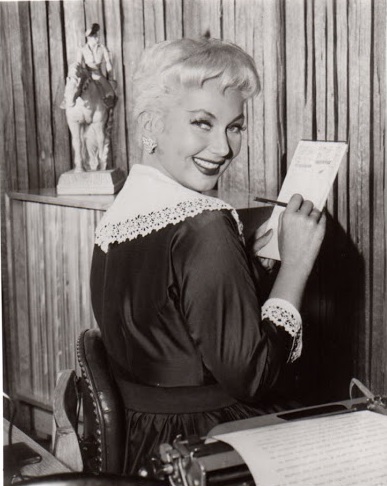 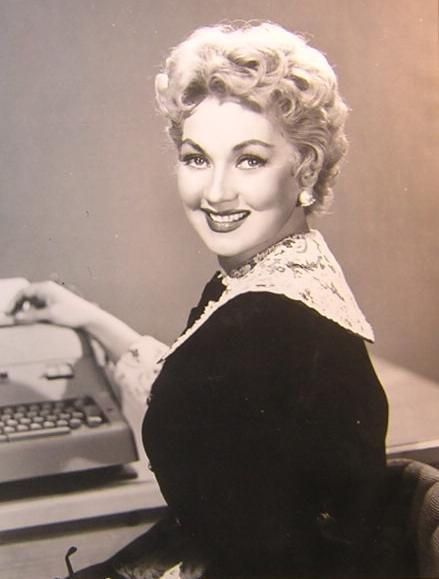 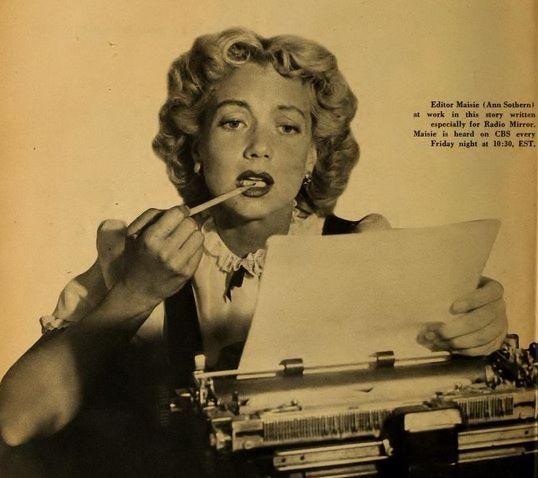 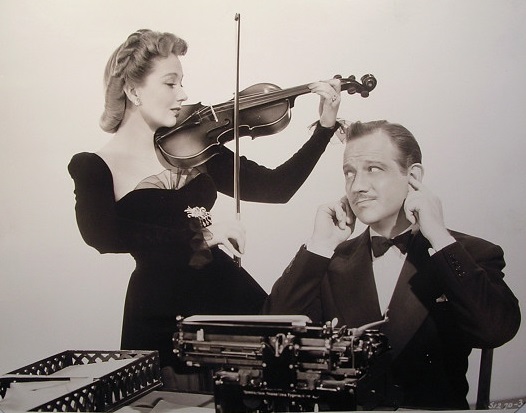 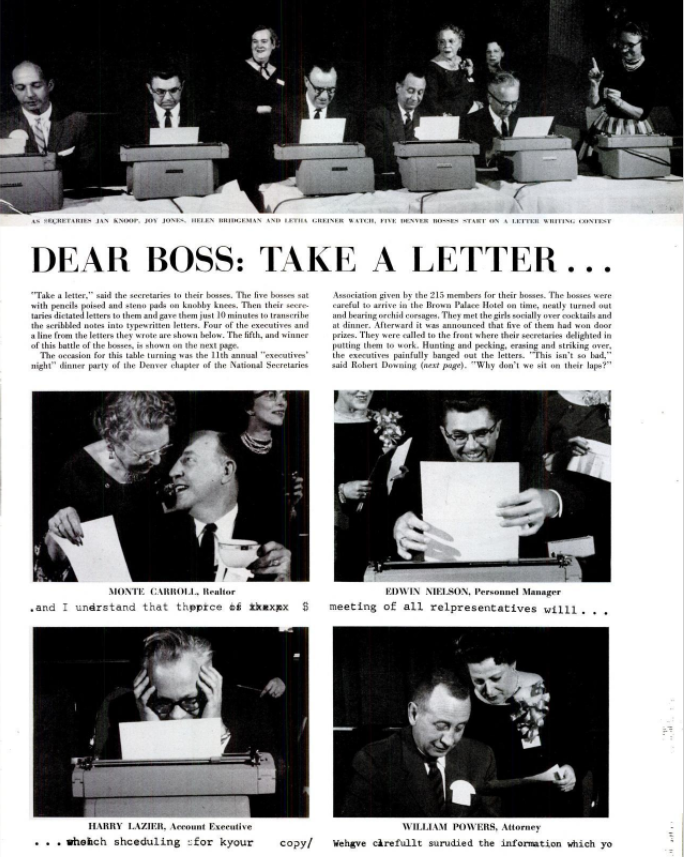 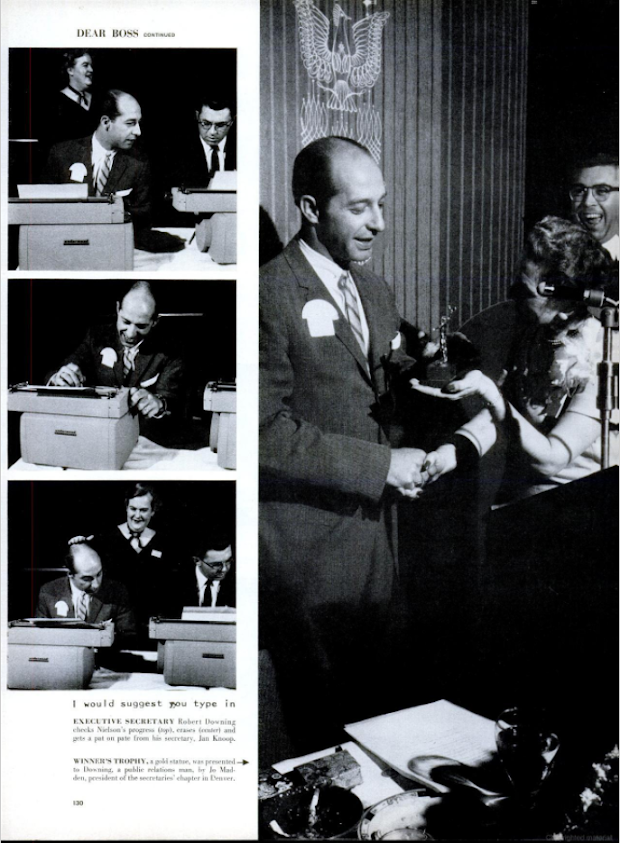 Posted by Robert Messenger at 20:19

Looks like the bosses were not as good typists as the secretaries, but they still had fun.
After the cakes, the flowers, and the mink, I envision a large flower covered typewriter in the nest Rose Parade in Pasadena, California when the parade resumes.

The unskilled workers in suits at the "Take a letter, Boss" contest are likely the same fellows who sold the massive beast automobiles replete with planned obsolescence described in Robert's previous post.

It was interesting seeing the image of Shirley Jones. I can't help but think of her sitting at a keyboard of another sort, as Mrs. Partridge.