Typewriting Sidney Wood: Won Wimbledon Without Pulling on a Plimsoll 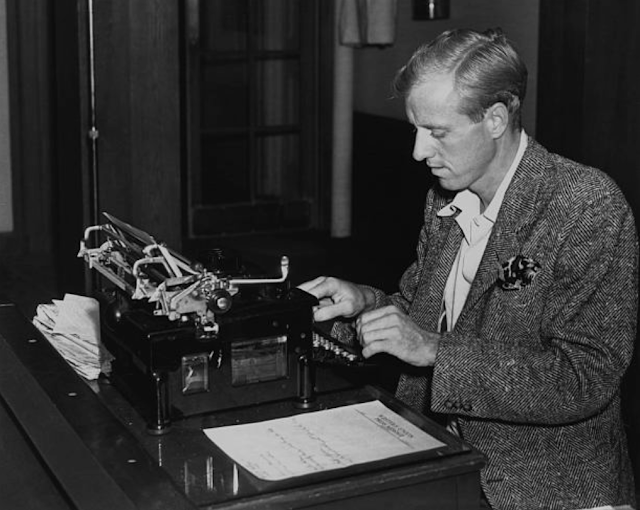 The Australian Open, the first leg in 2021 Grand Slam tennis, has somehow managed to reach a conclusion this weekend in the face of all sorts of Coronavirus setbacks in Melbourne. Given Britain’s Covid-19 struggles, I’d be very surprised if the third Grand Slam leg, Wimbledon, scheduled for June 28-July 5, will go ahead. As for the Australian Open, we hope it's completed tomorrow without a repeat of the men’s final in 2014, when Swiss Stanislas Wawrinka overcame a wounded Rafael Nadal, who ended the match as a virtual passenger after suffering a back injury early in the second set.

With tennis matches being played or not being played on my mind, I’ve been interested to read the life story (The Wimbledon Final That Never Was) of the man who won the Wimbledon’s men’s singles championship 90 years ago, Sidney Burr Beardslee Wood Jr. Wood, the No 7 seed in the 1931 Wimbledon men’s singles, became the only player in Wimbledon history to win the title by default. At the time, Wood, just 19, was the youngest Wimbledon men’s single champion ever, and remained so until Boris Becker won in 1985. Wood is seen above using a Royal 10 standard typewriter at the Westchester Country Club in Rye, New York, on August 8, 1939, during the Eastern grass courts championships. 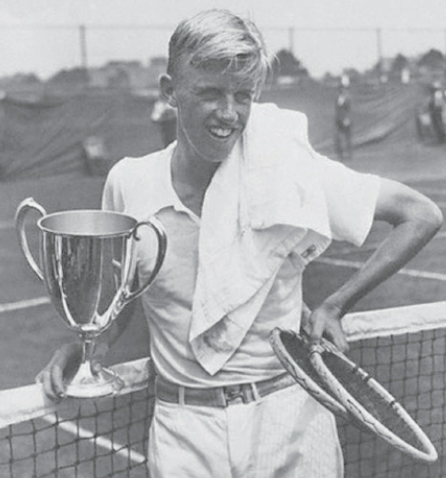 Wood, born in Black Rock, Bridgeport, Connecticut, on November 1, 1911, attended The Hill School in Pottstown, Pennsylvania, where he created the tradition of “J-ball” (a mixture of tennis and baseball, with teams of 11 players, bases, but using a tennis racket as a bat and a tennis ball). He was encouraged to take up tennis by his uncle, US Davis Cup player Watson Washburn. Wood first came to national tennis prominence in 1925 by winning the Arizona state tournament on his 14th birthday. Still 15, in 1927 he was the youngest Wimbledon entrant in the men’s singles and doubles ever, to that time. But he ran into the No 1 seed, Frenchman René Lacoste, in the first round and lost in straight sets. Wood and Lacoste can be seen left, Wood in plus fours! 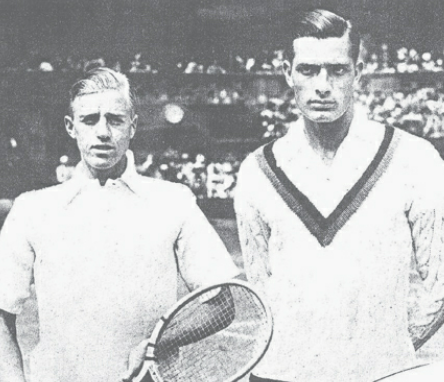 Wood and Shields
Wood won the 1931 Wimbledon title when fellow American Frank Shields, Wood’s doubles partner and travelling roommate, was withdrawn from the final by US Davis Cup captain Sam Hardy. Hardy was under instruction from the US Lawn Tennis Association, which was more concerned that Shields, who’d suffered a twisted knee in a Wimbledon semi-final against No 1 seed Jean Borotra of France, should be fit to play in a Davis Cup tie against Britain in Paris a fortnight after Wimbledon. 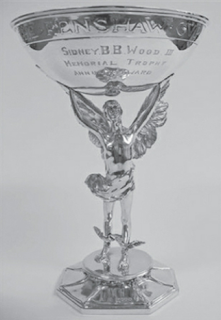 Wood refused to keep the Renshaw Cup (left) as the Wimbledon champion until he proved he was a better grass court player than Shields (the grandfather of actress Brooke Shields). He gave the cup for safe keeping to Maud Barger-Wallach, the women's singles champion at the 1908 US  nationals. When Wood defeated Shields in the 1934 Queen's Cup championship final in London, he sought to get the cup back from Barger-Wallach. It took six months for that to happen. Wood said “she liked me, but she liked Frank more”. Wood, who suffered from tuberculosis as a child, was a US championship finalist in 1935. Teaming with the immortal Helen Wills Moody, Wood was a French mixed doubles finalist in 1932. From 1930-45, Wood maintained a US top 10 ranking and was a member of the US Davis Cup team in 1931 and 1934.  He played in 26 US singles championship events, a remarkable feat that ranks second all-time behind the 28 played by Vic Seixas. 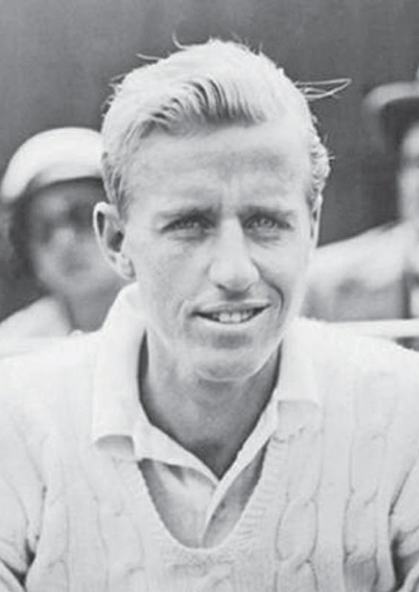 After tennis, Wood became an entrepreneur, credited with inventing, designing and patenting Supreme Court, a synthetic playing surface used for indoor courts. It was used on the World Championship Tennis tour from 1973-78. Wood was inducted into the Tennis Hall of Fame in 1964 and at the time of his death, in Palm Beach, Florida, on January 10, 2009, aged 97, he was the oldest living Hall of Famer.

Posted by Robert Messenger at 16:36

Great story. Perhaps the most fascinating potential side note here is the game of J-ball, which I've never heard of before.