Battering the Typewriter, Mangling the Language: When Dizzy Dean Pitched the King's English a Strikeout 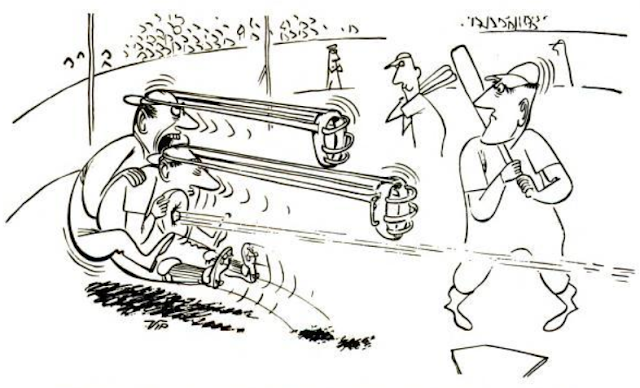 D is for Dean,

When they asked, Who's the tops?

Said correctly, I is. 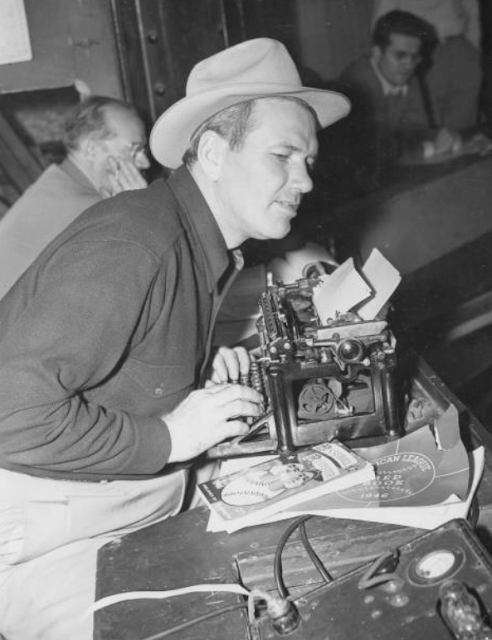 Dizzy Dean at his Underwood covering the St Louis Browns' game against the
Chicago White Sox in the press box at Sportsman's Park, St Louis, on September 21, 1946.

Friends of mine who grew up, as I did, in New Zealand in the 1950s, can still recite long passages of commentary from the radio broadcasts of sporting events made back then by Winston McCarthy. As Spiro Zavos wrote in McCarthy’s entry in the Dictionary of New Zealand Biography, his peculiar expressions “became mantras for thousands of … supporters. As a party trick in the late 1950s, young men narrated [a] McCarthy commentary … They memorised it word-for-word … McCarthy would switch roles from play-by-play caller to that of the broadcasting spectator. ‘Put it in again, sonny,’ [he would say].” 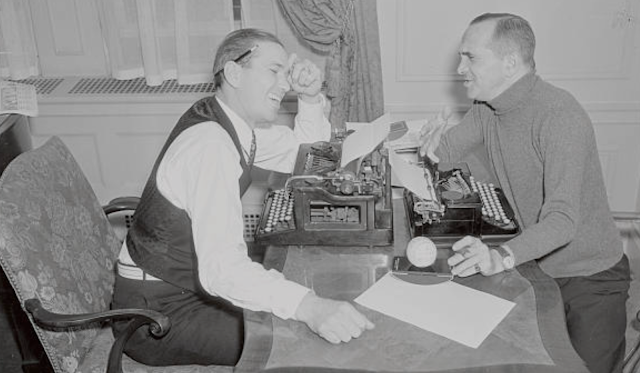 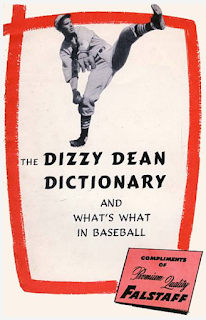 I dare say there are probably Americans of my vintage who can recite Dizzy Dean baseball commentaries. If so, they may have been aided in memorising Dizzyisms by the fact that Dean used his Underwood to type a syndicated column, taking the trouble to use the same ridiculous pronunciations and spellings in print as he did on air. And they were printed as he wrote them, abuses of the King's English and all. So lines like “Lets [no apostrophe] git down to the World Series” appeared just as it was written by Dean. “You caint take them Boston Red Sox too light-like. Them guys got the stuff to make things disasterous or goodastrous for a man, corrdin to how things wind out.” “We seen a lot of ball hawkin’ and hittin’. Them Card fielders was snaggin’ ’em.” Even the headlines on his column used phrases like “Jest Caint Help Bein a Bragadagio”. What’s more, when Dizzy was interviewed by sports writers, the journalists and editors made certain Dizzy was quoted verbatim, with not one nod to newspaper style. What others took such great care to get right, Dizzy gleefully butchered. 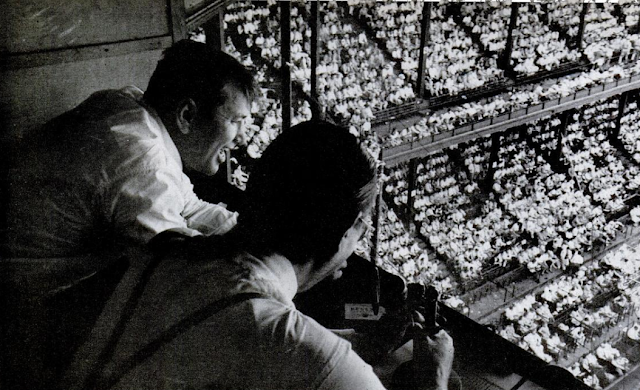 Among Dean’s more famous radio broadcast comments were that a player was “standing confidentially at the plate” and that “players have returned to their respectable positions”. “Throwed” (or, more precisely, “throde’) also got plenty of airplay, as did “sityashun”, “disgustilly” and “airs” for errors. A magnificent Joe DiMaggio catch deep in centre was called, “Holy cow! He caught it with his back in front of the pitcher’s box!” 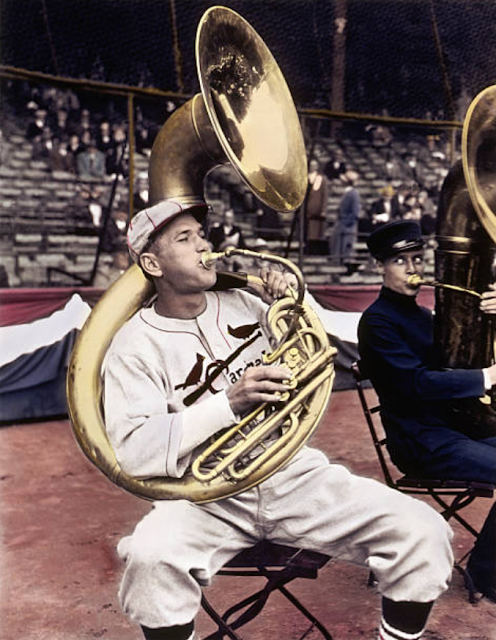 Dixie Dean on a sousaphone winds up the Detroit Tigers at Sportsman's Park, St Louis, during the 1934 World Series.

In reality Dean was a lot smarter than he liked fans to think. His sense of self-worth and his business acumen make that clear. As Herman Helms wrote in a 1974 obituary, Dean “milked a lot of mileage out of his rural background. He proudly portrayed his back-woodsman, filled with fatback and hominy grits.” “Old Diz was anything but a dummy. Two things which he had in quantity at death – money and friends – are not likely to be acquired by anyone who’s empty-headed.” In 1946 the St Louis Globe-Democrat said Dizzy was “crazy like a fox”. 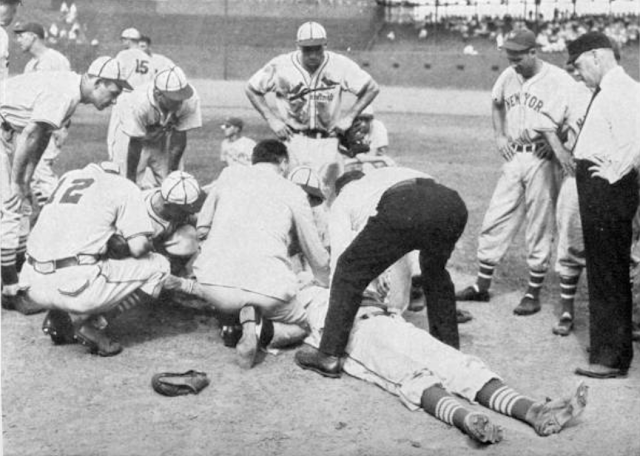 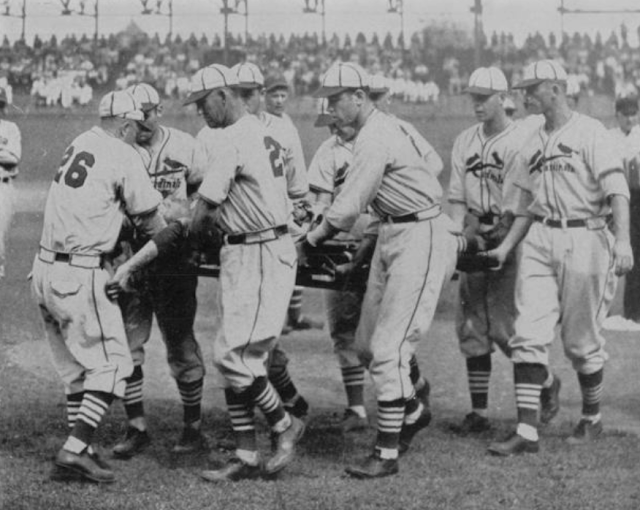 The widespread notion that Dean was indeed empty-headed was grist to the mill for American newspaper headline writers when Dizzy was not once, but twice hit in the head in a game, in 1934 and again in 1936, both while he was with the St Louis Cardinals and playing at home at Sportsmen’s Park. On one such occasion, a headline was alleged to have read, “Dean’s head X-rayed, nothing found”. This, perhaps sadly, is too good to be true; it’s an urban myth, an apocryphal story. None comes even close, though there was no want of opportunities. The first incident was in an October 1934 World Series game against the Detroit Tigers when Billy Rogell’s throw flattened Dixie, in the action as a pinch hitter.  The second concussion came in July 1936 and a line drive from the New York Giants’ Burgess Whitehead had Dizzy “seeing stars”. 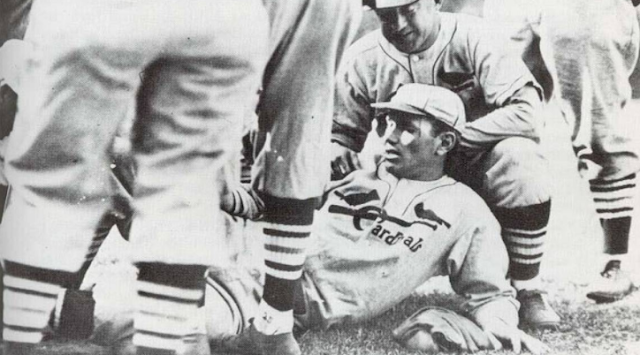 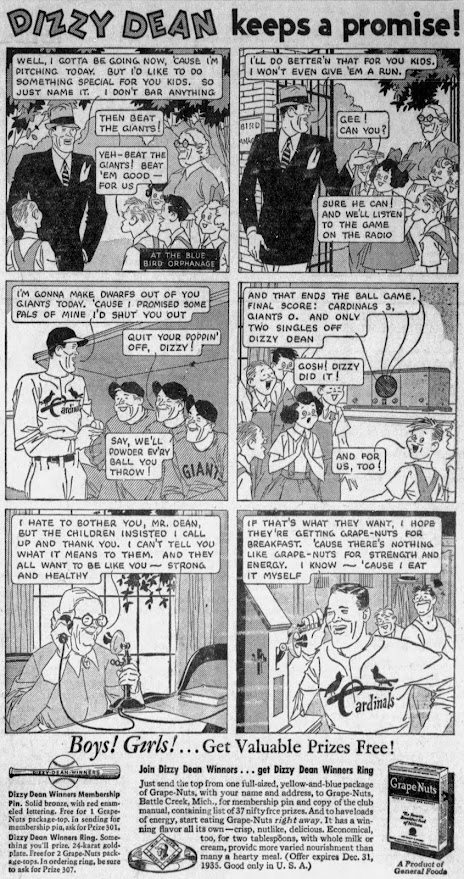 Dizzy knew he was on to a good thing when he started using the vernacular – at least his own Ozark farm boy version of it – for his columns and in his commentaries. Oddly enough, however, when he agreed to be the subject of a newspaper comic strip, advertising Grape-Nuts, the Dizzy Dean character spoke in almost perfect English (the odd “’cause” and “gotta” aside). Indeed, the real-life Dizzy, as portrayed by Dan Dailey in the 1952 biopic The Pride of St Louis, thinks and speaks like an average, communicative sports star. 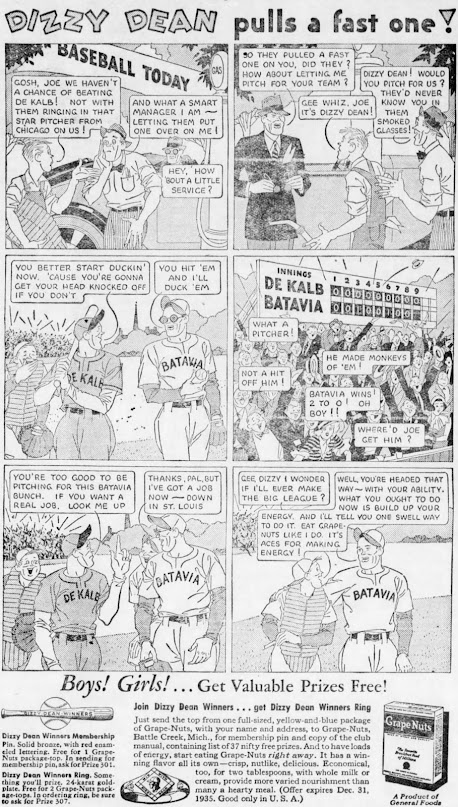 The author H. Allen Smith wrote an amusing piece titled “Ole Diz”, starting in 1950 “the season in which Dizzy Dean was brought up to the big time as a television commentator for the New York Yankees”. He represented “a new and delightful diversion to us; the things he did and the things he said were often as entertaining as the ball games he was describing, or neglecting to describe.” Smith claimed it was Joe Williams who insisted Dean said “slud” for “slid” when it was “slood”, as in “wood”. Actually, that mistake went all the way back to the one and only Grantland Rice. Smith recalled Dean speaking about the futility of arguing with an umpire. “You might as well try to argy with a stump.” After a moment’s reflection, Dean went on, “Some of you New York folks might not know what a stump is. Well, I’ll tell ya. A stump is a wood thing .. well, it’s somethin’ a tree has been cut down off of.” 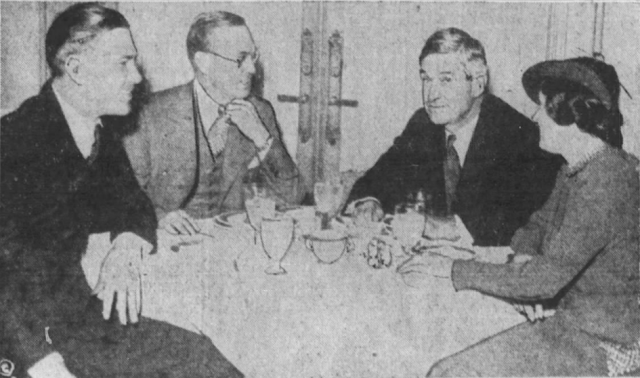 Dizzy Dean, left, and his wife, right, with Damon Runyon and Will Rogers.
In July 1946 the English Teachers’ Association of Missouri had had enough of Dizzyisms and complained bitterly that Dean was corrupting the ability of schoolchildren to learn proper grammar. The ETAM petitioned the Federal Communication Commission, saying Dean was a bad influence and asking the commission to do something about it. One letter writer, a doctor, supporting a St Louis Globe-Democrat leader on the matter – titled “Pure English v Dizzy Dean” and suggesting the FCC “let Diz do what comes naturally” -  said “If the kids can acquire 10 per cent of Diz’s disarming frankness and honesty, it’ll do them more good than his vernacular can possibly do harm!” 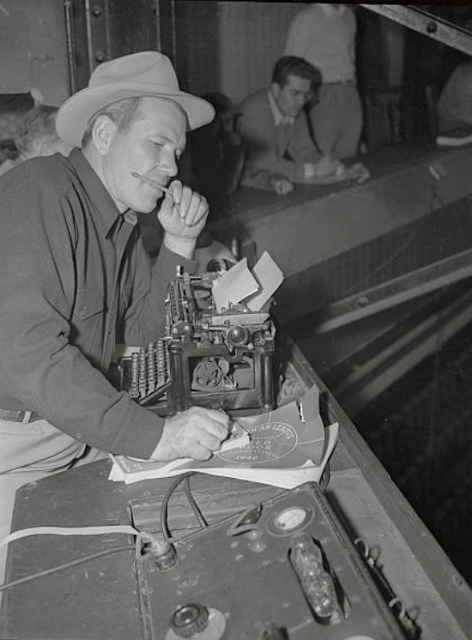 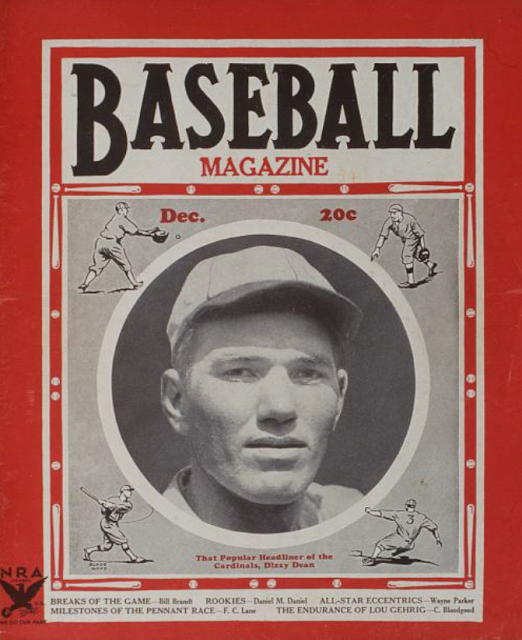 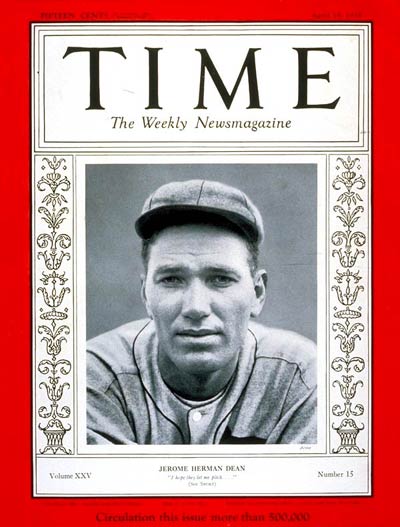 Posted by Robert Messenger at 20:17

I haven't heard his name for decades. I wonder if he really carried a full size Underwood or if one was kept in the Press Box for him.