The Simplex No 5 Typewriter and the Discus 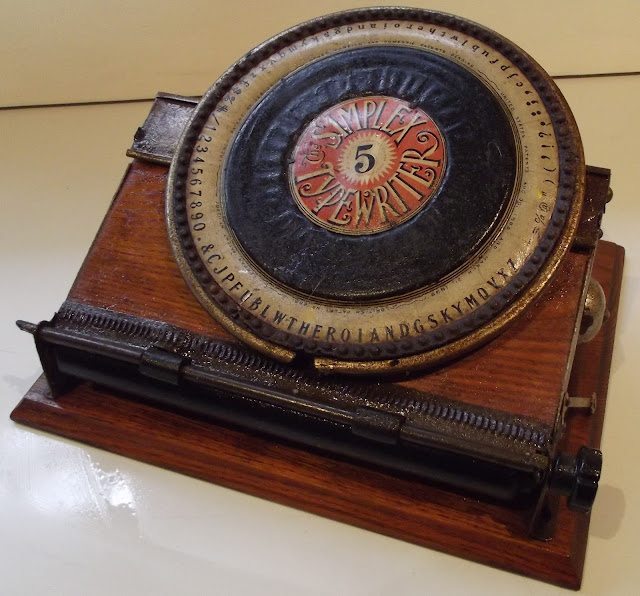 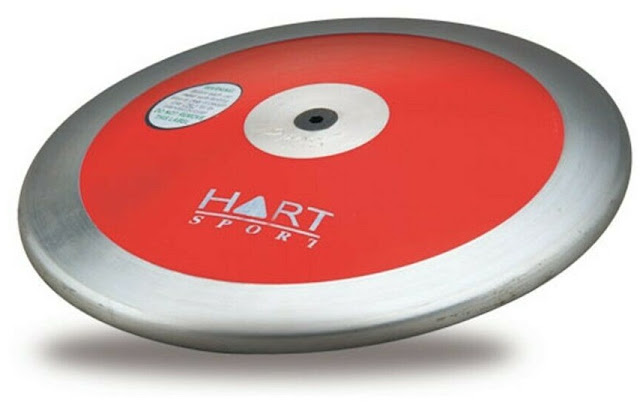 If you’ve ever covered the discus throw at Olympic and Commonwealth Games and a multitude of other international track and field meetings around the world, you cannot help but think of the Simplex No 5 typewriter. After all, the No 5’s disc is 19.5cm in diameter, the women’s discus 18cm and the men’s 22cm. And believe it or not, there is a connection.

The Beckers of Boston and Portland, Maine, the family who designed and built the World typewriter and later the Simplex, also made the first discuses used in the United States. In the case of the discus, it was August Becker (1858-1928) of Boston, like the typewriter Beckers an engraver, designer, die-cutter and die-sinker.

Before the 1896 Athens Olympics, the first of the modern era, the discus throw was not one of athletic events included in track and field programs in the US or elsewhere. The Greeks included it among the 1896 Games events as a salute to the Ancient Olympics. Trouble was, no athlete knew what size and weight the implement should be, and athlete outside Greece had ever thrown one. 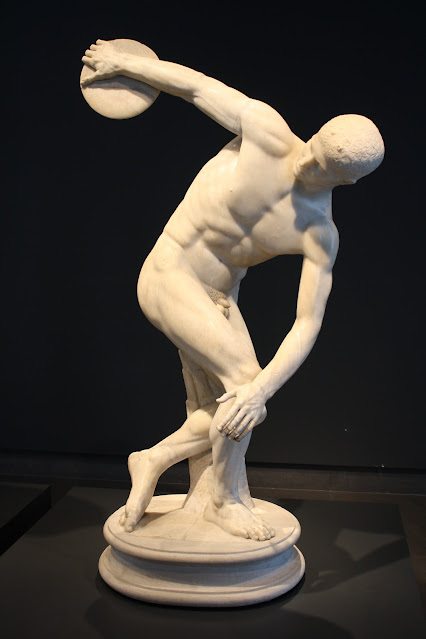 All anyone had to go on was Homer’s reference in The Iliad to the funeral games for Patroclus around 800BC. They also knew that the discus was introduced as part of the pentathlon in the Ancient Olympics of 708BC. The enduring image of the discus thrower, “Discobolus”, comes from the iconic 5th Century BC statue by the great sculptor Myron. 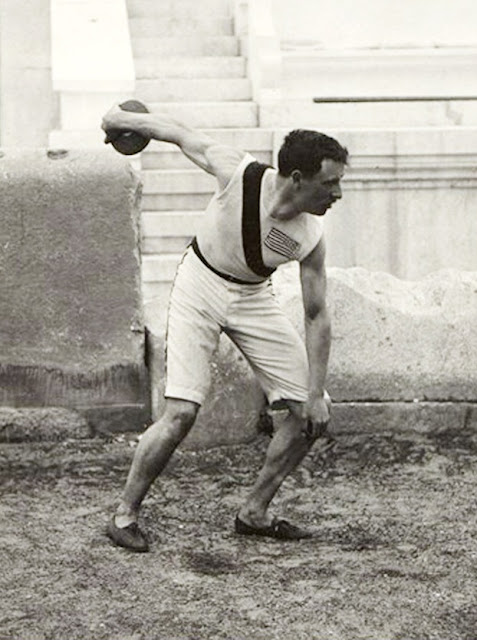 Preparing for the 1896 Games, Baltimore athlete Robert Garrett, above, had Princeton professor William Milligan Sloane consult classical authorities to develop a drawing of the discus. Garrett had one made by a blacksmith, but it weighed 30 pounds,  and it turned out to be seven times the weight of the one used at the Olympics. With the much lighter discus, Garrett won the first Olympic discus gold medal with 95 feet 7½ inches (29.15m). Panayiótis Paraskevópoulos had thrown 91ft 3in (27.81m) two weeks before the Games, and that was the first world’s best. 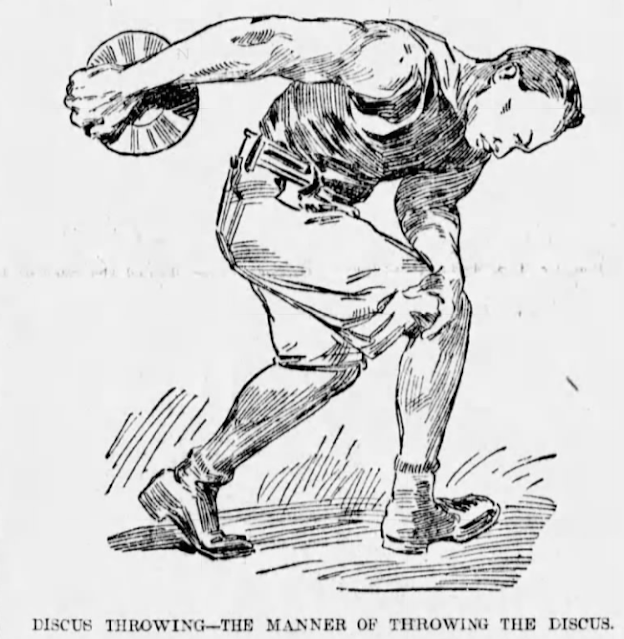 John Graham, manager of the Boston Athletic Association, attended the Athens Games and returned to the US with the measurements of the implement used at the Olympics. He had August Becker make the first US discus at 34 Oliver Street, Boston, in the summer of 1896, four months after the Athens Games.

Graham was thrilled with what Becker produced, an exact facsimile of the implement used in Athens. It was quicky adopted by both the New York and Boston athletics clubs and copyrighted by Becker as the “Athens Discus”. Graham introduced the maple wood, brass and steel-ringed 20cm width implement to athletes and spectators at Irvington Oval, Boston, on Labor Day, Monday, September 7, 1896, in the first discus-throwing competition in the “new world”. 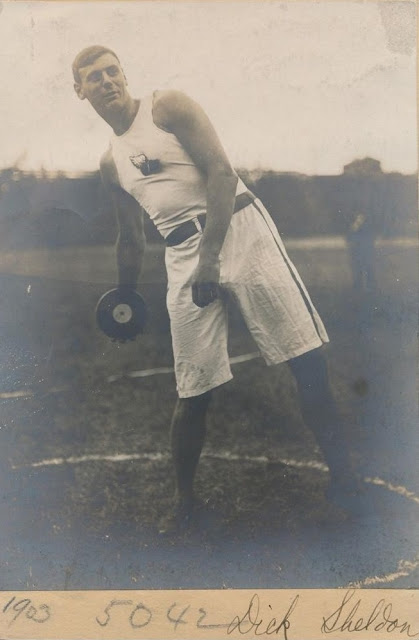 Dick Sheldon was an outstanding performer for both Yale and the New York AC. In 1899 he extended his world discus record to 122ft 3½in (37.27m). The next year he won the discus bronze medal at the Paris Olympics.