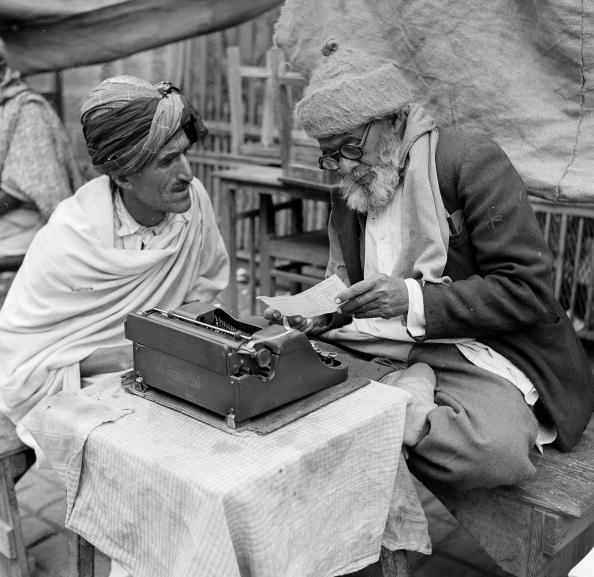 An Underwood portable is used to type official documents in Karachi in 1950. 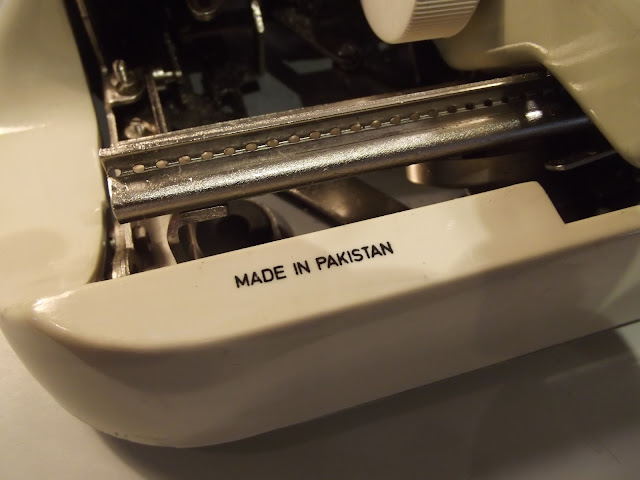 More than 60 years later, I find, to my complete surprise, that Pakistan
later made its own portable typewriters.
Is it the only Islamic republic to make typewriters? 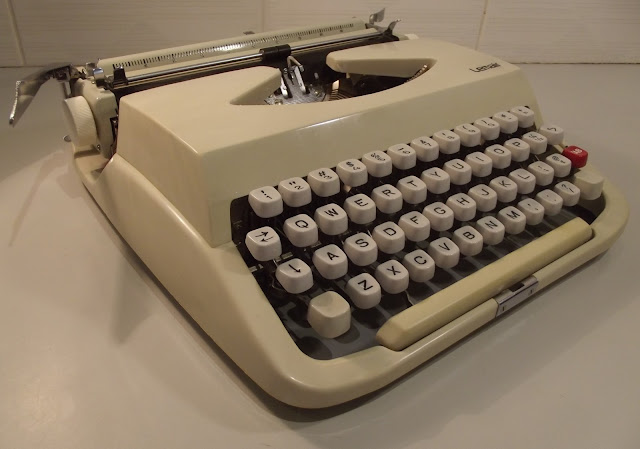 For me, at least, the number of countries around the world which manufactured typewriters grew quite unexpectedly by one when I acquired this Pakistan-made Lemair portable. So as part of International Typewriter Appreciate Month, I'd like to salute Pakistan:


Jinnah’s Typewriter
By Shadab Zeest Hashmi
Your typewriter has been found
in a tangle of seaweed
clacking over the waves of the Arabian Sea
in sand-grit staccato
for sixty odd years
churning the same speech
first in the key
of partition trains rattling
with the dead
then the massacre of ’71
the “hunter-killer”
MQ-nines
The sea
smooth as carbon paper
clones a speech with every wave:
Unity, Faith, Discipline
What was spilled
came back as hardened coral:
Each time a still-birth
Your typewriter keeps time
with the beggar-women
sobbing
by the shore 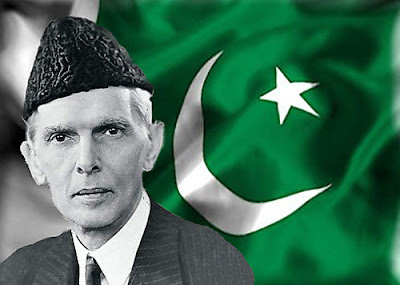 Quaid-I-Azam Muhammad Ali Jinnah
The poem refers to Quaid-I-Azam Muhammad Ali Jinnah (1876-1948), the founder of Pakistan, who is often quoted as having said, "that he and his typewriter made Pakistan". What Jinnah had actually said came when asked, "Who else contributed to the realisation of Pakistan?" "My typewriter or maybe my secretary".  But many Pakistanis like to hold on to the imagery expressed in the claim, "The greatest thing about Jinnah’s legacy is that he could snatch away a country from the colonial British without ever serving prison terms during the independence movement. He just required a typewriter and Suhrawardy [close associate and later Pakistan Prime Minister Huseyn Shaheed Suhrawardy]."

K H Khurshid
Jinnah's nation-forming typist was, in fact, his private secretary,  Khurshid Hassan Khurshid. Born in Srinagar in 1924, Khurshid died in a road accident near Lahore on March 11, 1988. A commentator wrote, “Khurshid died travelling in a public bus to Lahore on a rainy night in 1988. What surprised everyone was not the accident that had killed him at a crucial point in Kashmir struggle for dignity and recognition but that the man who had been the Quaid-i-Azam’s handpicked private secretary through the history-making years 1944 to 1947 was travelling, not in a black chauffeured limousine but in an ordinary bus with the same ordinary people who had made Pakistan possible.” 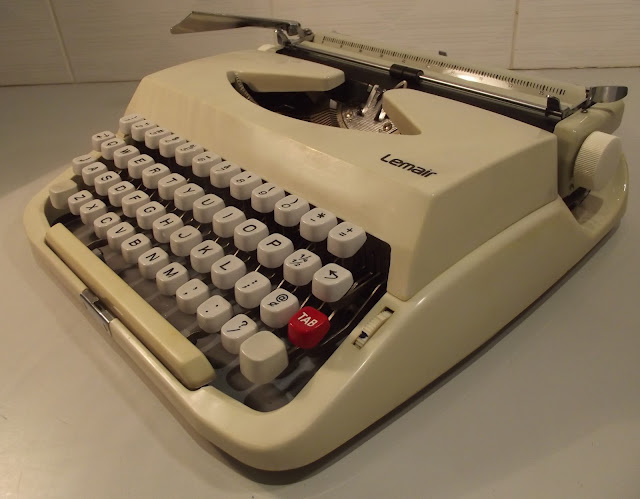 The company marketing these portable typewriters in Australia was Lemair (now Tecma Lemair), founded at Hoxton Park Road, Liverpool, Sydney, in 1958, to import, rebrand and market white goods. It later branched into the sewing machine and typewriter trades as Lemair-Helvetia, selling mostly rebranded Brothers from Japan. (Helvetia, by the way, is the female national personification of Switzerland.)
When Brother started to market portable typewriters under its own name in Australia, Lemair expanded its range by going elsewhere to source machines. I knew one source was Portugal, I didn't know another was Pakistan. 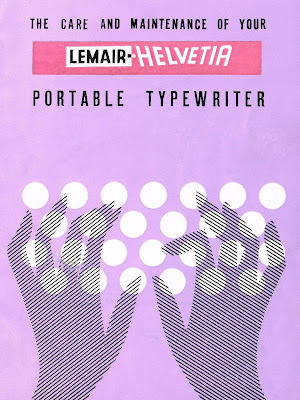 The Pakistani-made portable typewriter seen here was sold in the US as a Sears Model 5297, made by Messa-Maquinas de Escrever at Algueirão–Mem Martins, outside Lisbon. The case clasp forming part of the typewriter base plate is a distinctive feature of these models.
This was the first Portuguese-built version of the German ABC 1001 and was produced between 1966-68. Mechanically it is a later variation of the machine best known internationally as the Cole Steel, which originated as the Wilhelm Wagenfeld-designed ABC portable typewriter. 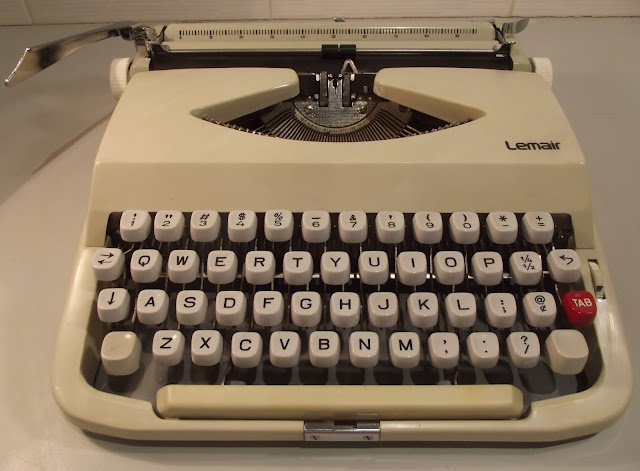 Wagenfeld designed the ABC portable for Koch’s Adler Nähmaschinenwerke AG, which sold the relabelled machines to Cole Steel Office Machines Inc, an affiliate of the Cole Steel Equipment Company, New York. In 1965, after Cole Steel became a part of the Litton empire, Koch’s offloaded the tools and naming rights for the ABC to Portugal. Messa had been set up to make German Siemag (short for Siegener Maschinenbau AG) typewriters. Siemag moved its plant from Eiserfeld, Siegen-Wittgenstein in North Rhine-Westphalia, to Mem Martins in 1963. 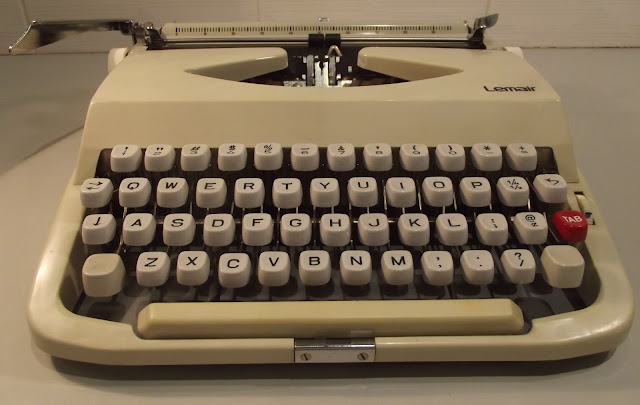 Quite how this same model came to be made in Pakistan, and when, is beyond me. 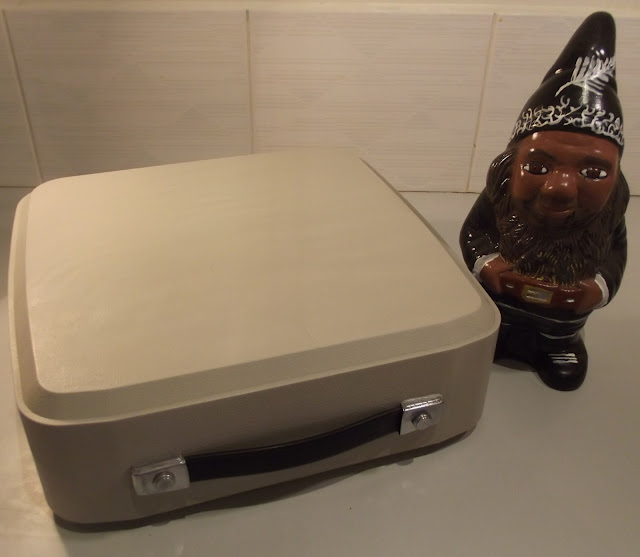 This portable typewriter comes in a very small package. I have placed beside the case, for a size comparison, a garden gnome made for me by my son of Piri Weepu, the All Blacks (New Zealand rugby) haka (war dance) leader: 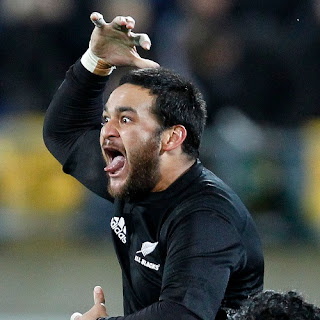 Nice looking typewriter. I never knew any typewriters were made in Pakistan.

The typewriter is really interesting, but the last two photos are phenomenal!

Well, this is a revelation. Good discovery!

Amazing bit of digging! So Lemair-Helvetias could also be ABCs rather than Brothers? Hmmn. I've already linked the Lemar-Helvetia category with Brother in the typewriter database, that could be a problem. ):

I'm going to have to keep an eye out for these in future. I knew nothing of the sort existed. How fascinating! And I actually like the look of it... Which is unusual, as few plastic fantastics get my interest.

Thank you Bill, Dwayne, Richard, Ted and Scott.
Bill, I don't think you're alone in not knowing Pakistan made typewriters.
Dwayne, appropriately, given your comment about the last two photos, today is Waitangi Day. Have you ever seen Weepu led a haka? Well worth watching!
Ted, yes I have seen these Lemairs as made in Portugal, but never before in Pakistan. Lemair sold a range of Portuguese-made ABC-Messa typewriters, not just relabelled Brothers. Perhaps I should do a Lemair post?
Scott, these come up quite regularly, but not, I think, Pakistani-made models.

it makes a lot of sense though. Post independence both India and Pakistan have been highly competitive between each other. something like their own little cold war - of sorts. The industry would have been promoted in contrast to India's then growing manufacturing industry. So it would have been cheap for companies like these to set up manufacturing operations in Pakistan. At least while the government could afford incentives to these companies.

I think you're right, Scott - the thought also crossed my mind. There seemed to be other, like industries spring up in the 70s and 80s, a real effort to industrialise Pakistan.

One of these from Portugal just popped up here in Japan. I like the styling - if only they were metal-cased.

I just picked up one of these today, except it's labeled Gracia 《de luxe》. It seems the date of manufacture is on the case (on the left, behind carriage). If this is correct my machine is made in 1983, which to me seems quite late for such a mechanical machine.
Would you happen to know any more about the factory in Pakistan?