Beginning of the End for the Hammond Typewriter Company 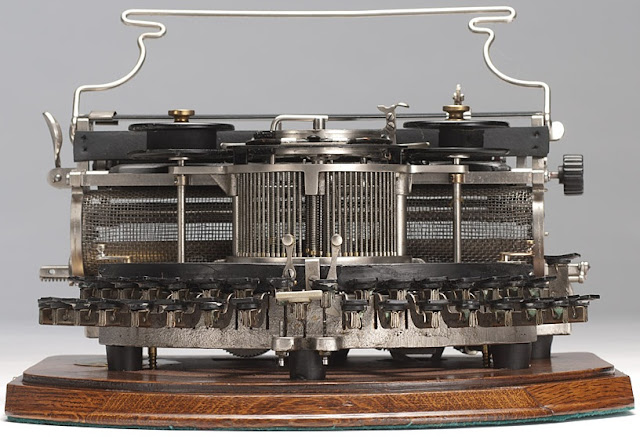 Founded in 1880, the only cash investments ever made in the Hammond Typewriter Company to 1922 totalled $10,000.
Capitalisation never rose above the original $50,000, a tiny fraction of the company's assets. 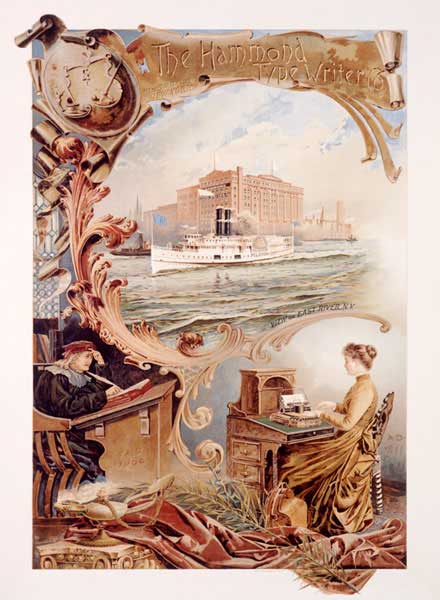 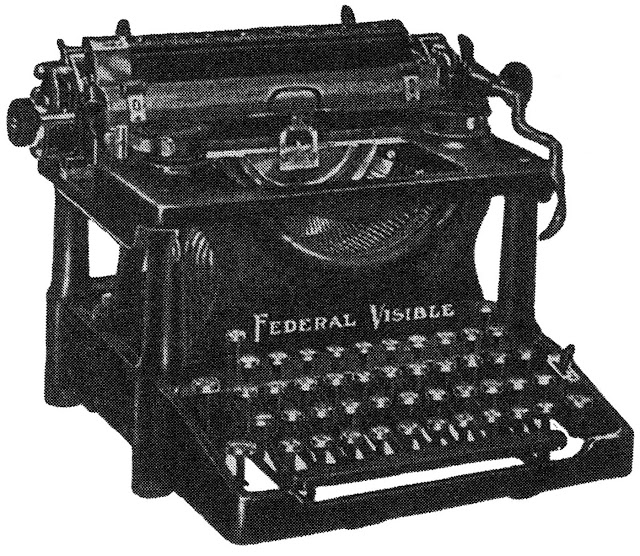 In late 1921 Hammond acquired the rights to the Federal typewriter 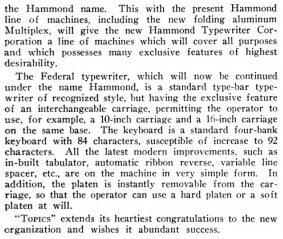 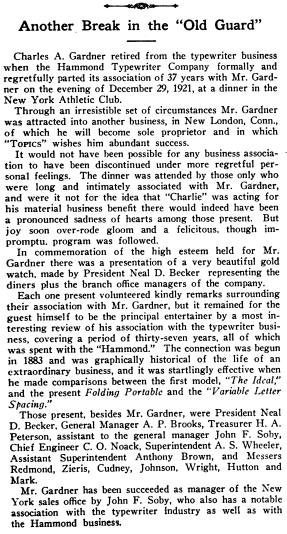 Typewriter Topics, February 1922
The beginning of the end for the Hammond Typewriter Company came in late 1921, almost nine years after founder James Bartlett Hammond had died. 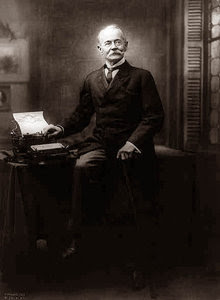 An attempted restructuring under Neal Dow Becker ultimately failed, and by 1926 ownership had changed hands. Within four years, the company was under the control of Oakland-born Ralph Cramer Coxhead (1892-1951), who successfully resurrected the Hammond as the Vari-Typer.

After James Hammond died, on January 27, 1913, he left his stock in trust for the longest period possible under the statue of limitations – that is, to “lives in being”. Thus it went to, in part, “during the life of Neal Dow Becker”, a Wall Street attorney who had, according to The New York Times, “for several years been the trusted adviser and personal friend of Mr Hammond”. In October 1915, Becker’s alma mater, Cornell University, said Becker had been president of the Hammond Typewriter Company “for several years”. In October 1921 the Hammond company was restructured under Becker as a $2.5 million corporation. Becker’s life continued until 1955, when he died aged 72 (he was, by the way, a co-founder of the American Australian Association in 1948 with Rupert Murdoch’s father, Sir Keith Murdoch).
Somehow Hammond was apparently sold in 1926 to a Frederick Hepburn Company, although nothing is known about this organisation. It was at this stage that the company became known as VariTyper Incorporated. 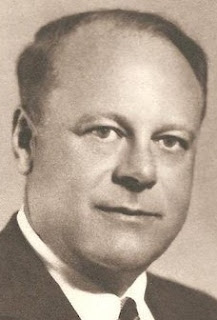 Ralph C. Coxhead
The point at which control of the Hammond-VariTyper machine changed from VariTyper Incorporated to a New York company run by Coxhead is shrouded in a period between 1929-1930, and does not appear to be related to the Wall Street Crash of October 1929. Coxhead seems to have had the rights to the Vari-Typer at least two months before the crash. Patents for changes to the machine were still being issued as assigned to VariTyper Incorporated in 1930, yet from August 1929 onwards there was a flurry of patents for a complete revamp (a staggering 1400 changes, it was reported) of the machine, all being assigned to Coxhead’s company.
Posted by Robert Messenger at 15:01