Underwood 3 Portable Typewriter: Yet Another Centenary 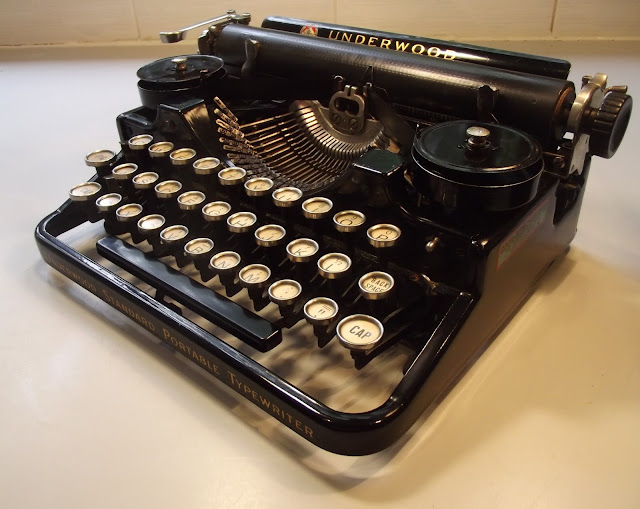 Monday marks the centenary of one of the multitude of patents which went together to form the mighty Underwood 3 portable typewriter. Actually, I exaggerate: there isn't a multitude - just 28 of them. Still, that's an awful lot of patents for one tiny typewriter. 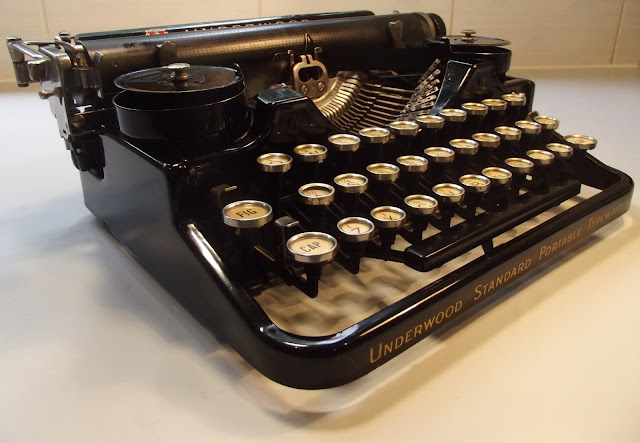 And 28 is an awful lot of patent dates to pack in on the back of this little frame. Four rows of seven patents. (And that doesn't include Gubelmann's, which had to go elsewhere - up under the paper plate.) 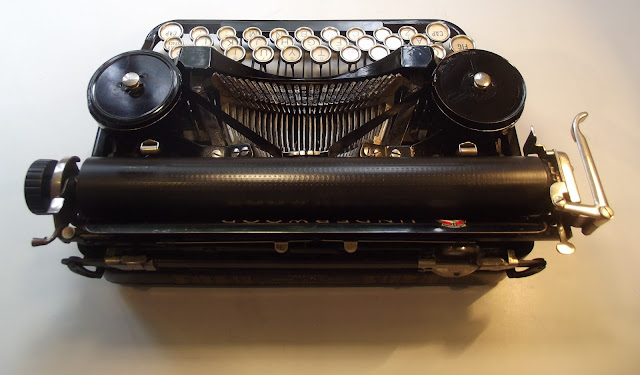 (The two relevant patents granted on February 25, 1913, by the way, were issued to ex-Monarch engineer Frank Andrew Young and were assigned to Underwood.  They relate to margin stops and shiftable platen frames.) 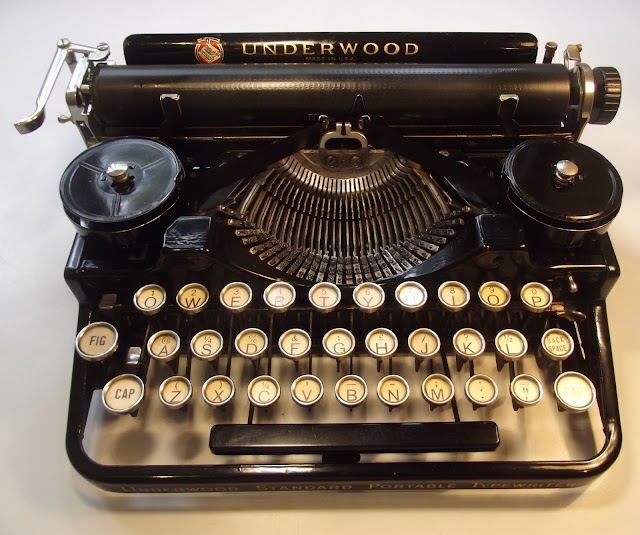 I have never tried to make a secret of my enormous admiration for the Underwood 3. I would rate it one of my three all-time favourite typewriters, along with the Blickensderfer 5 and the Corona 3. 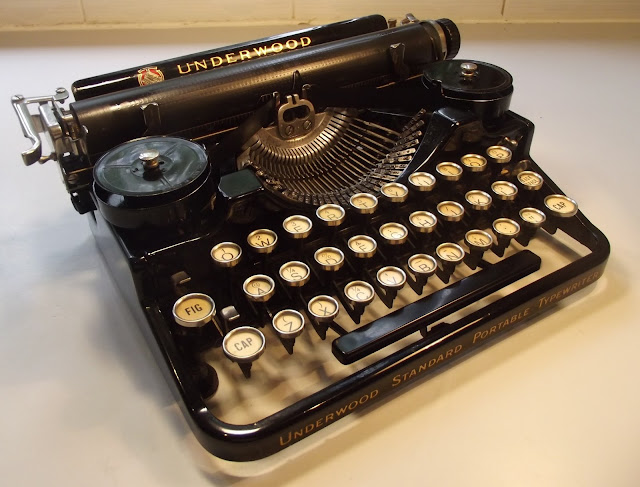 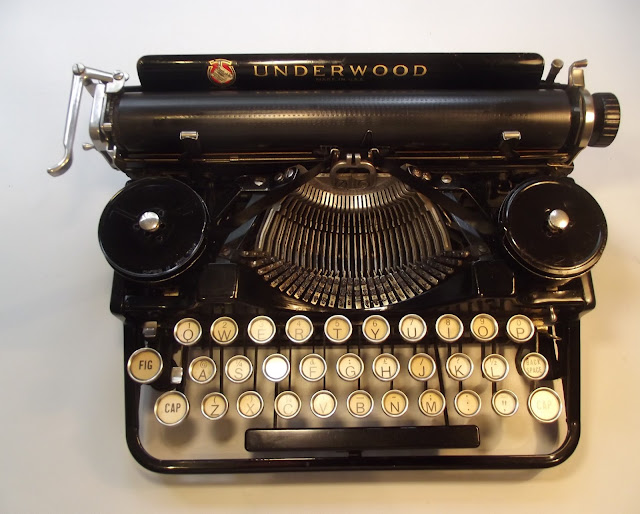 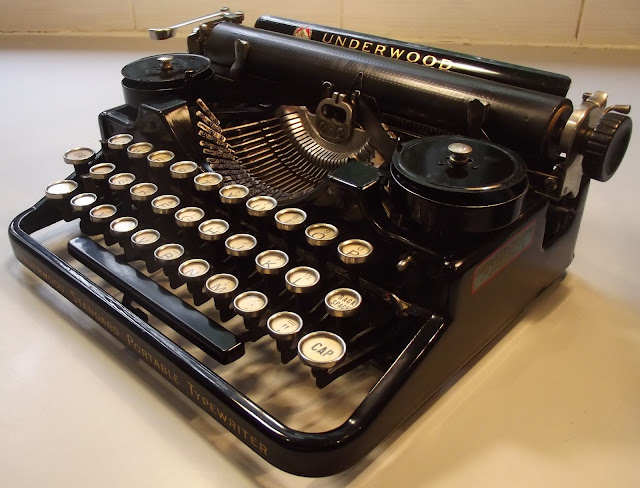 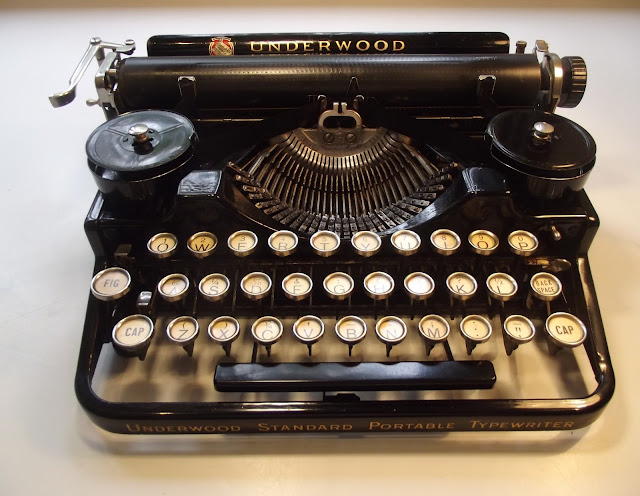 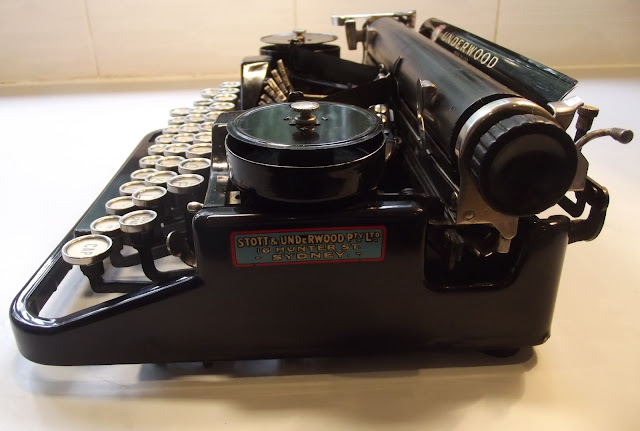 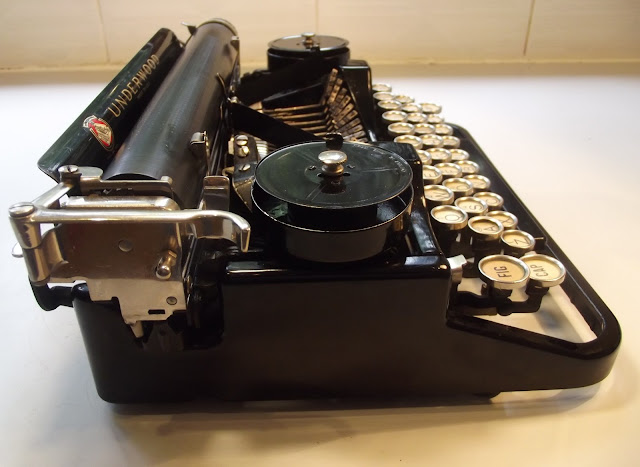 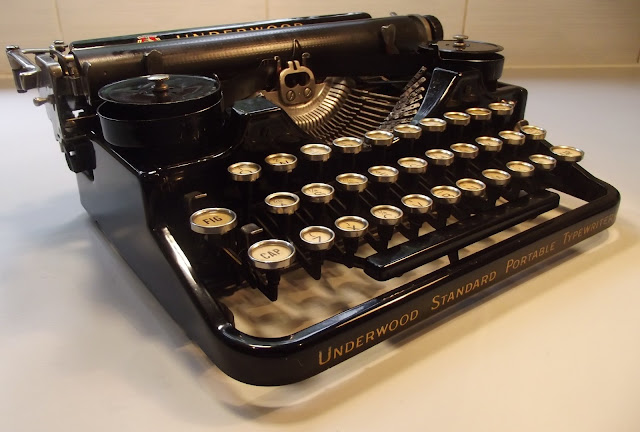 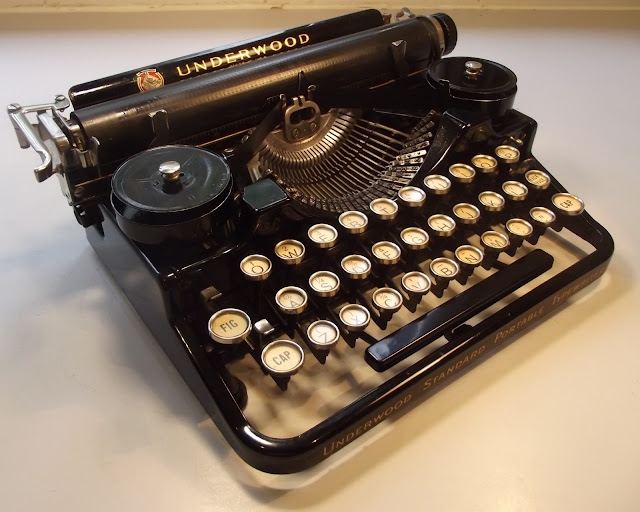 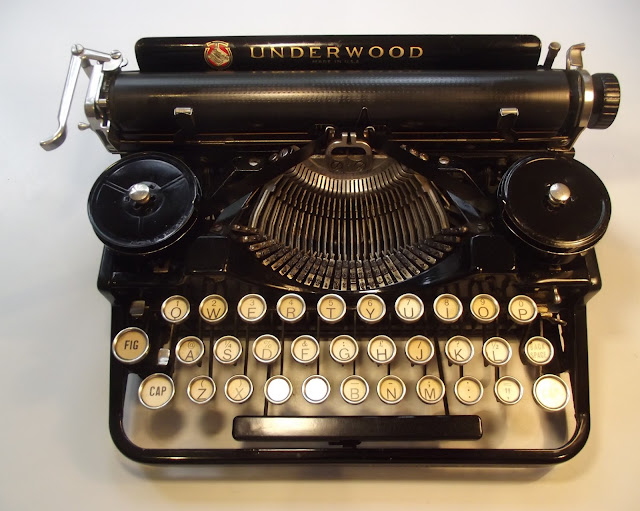 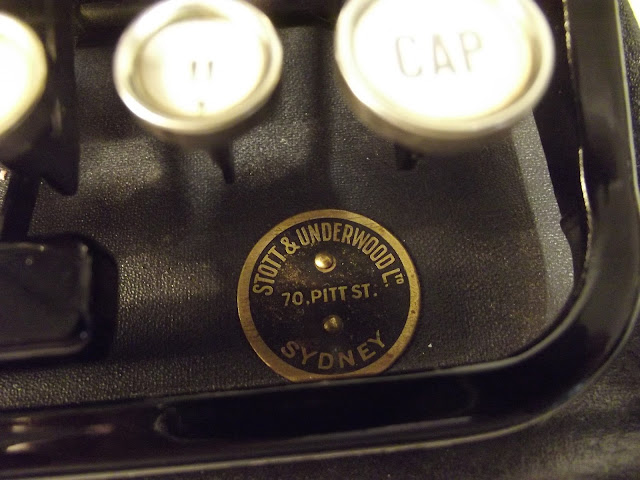 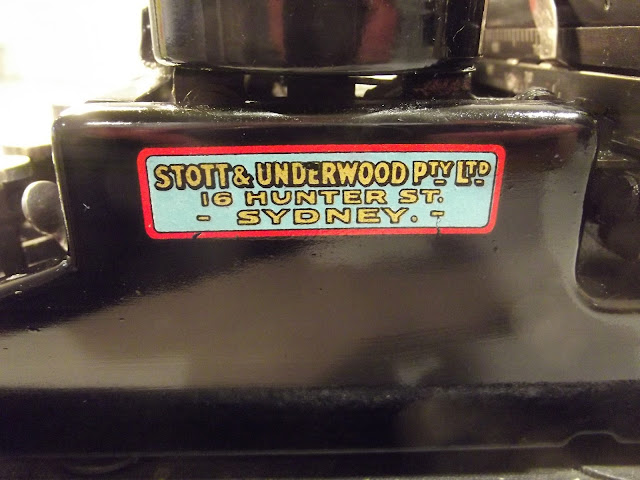 This is the Underwood 3 which arrived this week. Rob Bowker is right about the platen being well pockmarked. So it saw plenty of use. Yet the paintwork and the decals are flawless. 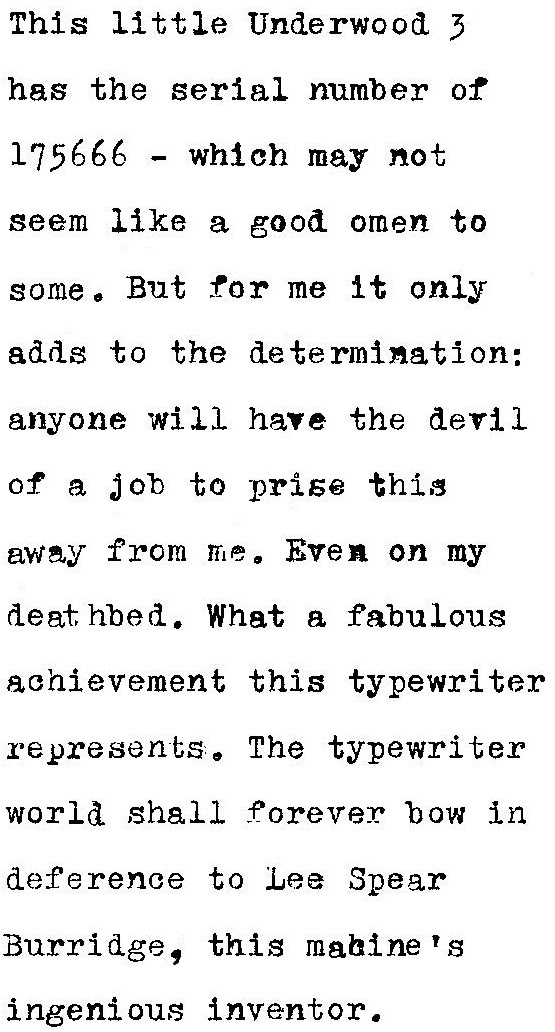 Posted by Robert Messenger at 17:55

Very nice Underwood. The 3 as well as a Corona 3 have always been on my wish list.

That's a sweet typewriter, one that I'll bet is great for public typecasting. It has the looks of a classic typewriter with the convenience of portability. I also love the Corona 3, it's on my "stuff to buy when I get a job" shortlist! :)

They are incredibly small machines and the cases are very classy too. And a better typer than Coronas 3 or 4 in my opinion.