HAVE TYPEWRITER, WILL TRAVEL (IV)

As part of International Typewriter Appreciation Month, I’m telling some stories about the importance of portable typewriters to writers and journalists on their international travels.
HAVE TYPEWRITER, WILL TRAVEL
Part Four
Typing Around the World with Agatha Christie 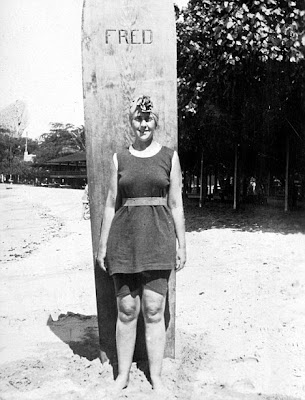 Surfer girl: Agatha Christie, Hawaii, August 1922
When, on January 20, 1922, a then 31-year-old Agatha Christie embarked on an 11-month world tour with her first husband, Lieutenant-Colonel Archie Christie, she left behind their two-year-old daughter Rosalind but made sure to take with her a Corona 3 folding portable typewriter. 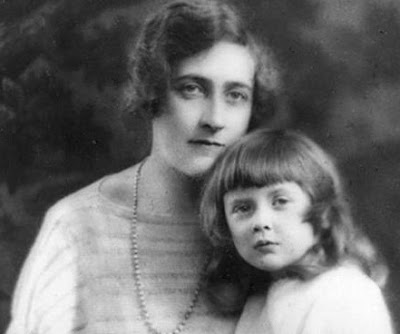 Left behind: Rosalind with Christie 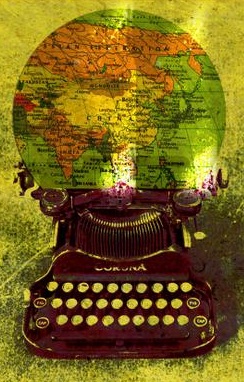 Taken away: A Corona 3 travelled around the world with Christie
Christie used the Corona to write regular letters home to her mother, Clara Miller, and sister Madge (“Punkie”), who were looking after Rosalind (born August 5, 1919). Many of the letters were reproduced in facsimile form in a book, Agatha Christie: The Grand Tour, edited by Christie’s grandson, Mathew Prichard, and published last year by HarperCollins. 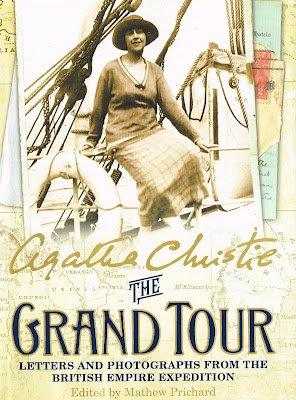 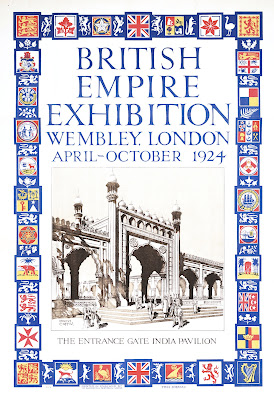 As well as these countries, Christie also visited Portugal (Madeira) Hawaii and the United States (she had an aunt living in New York). 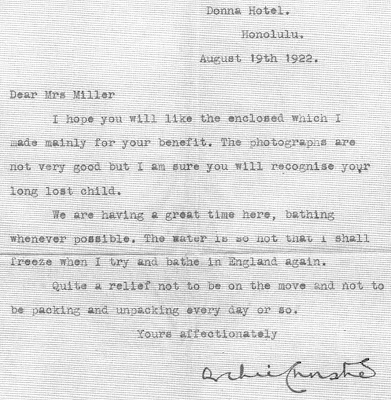 This is a letter from Archie Christie to Mrs Miller, Christie's mother. Christie herself usually addressed her mother as "Darling Mummy".
The Christies took a holiday from the mission tour in Hawaii.
Oddly, given the number of typewritten letters in his book, and Christie’s occasional references in them to typewriters and typewriting, at no point does Prichard mention Christie’s Corona. He writes about her camera equipment (her first camera was stolen in South Africa), but not one word about the means which enabled Christie to typewrite so many letters. 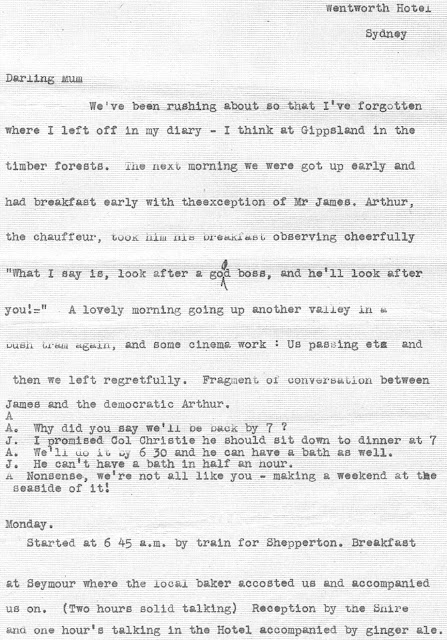 The evidence comes at the end of a letter Christie wrote to her mother from the Wentworth Hotel in Sydney on May 22, 1922, in which she says, “The little Corona has gone wrong, you note!”  Given the amount of travel and work this portable was put to, that it didn’t “go wrong” once until Sydney is remarkable.  Unfortunately, an image of the beginning but not the end of this letter was published in the book. 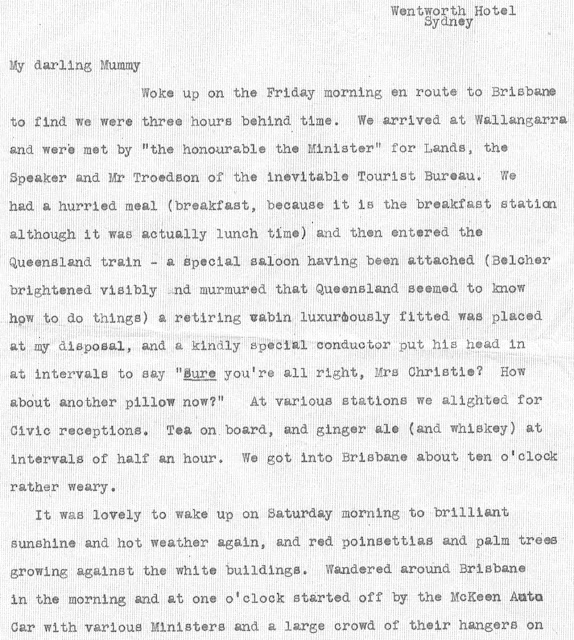 Christie went up considerably in my estimation when I read Prichard’s book. In an excerpt about the Grand Tour from her 1977 Agatha Christie: An Autobiography, Christie wrote, “I still think [55 years later] New Zealand the most beautiful country I have ever seen. Its scenery is extraordinary … Everywhere the beauty of the countryside was astonishing.” 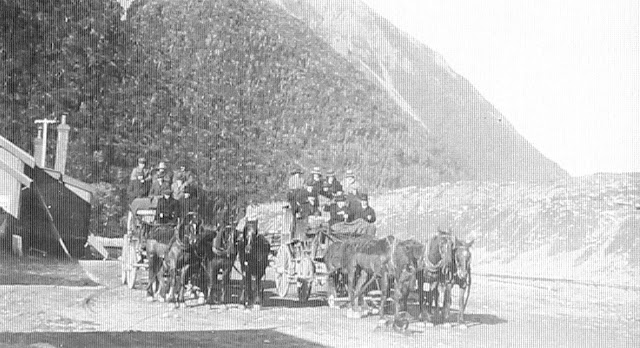 A photograph Christie took of the mission party crossing the Southern Alps at Otira and Arthur's Pass. This was taken near where my mother's forebears established the towns of Jacksons and Aickens.
Below is a photo of Aickens, where my mother grew up. 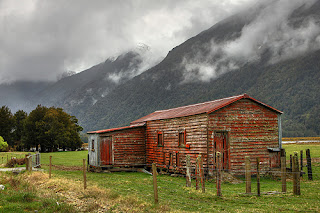 What’s more, Christie visited my home province, the West Coast of the South Island, and found it the most beautiful part of this most beautiful country. Christie arrived in Greymouth on July 12, 1922, and woke the next morning to a “really lovely day … brilliant sunshine.”

Above, a photograph Christie herself took of Lake Kaniere. Below, the lake today. 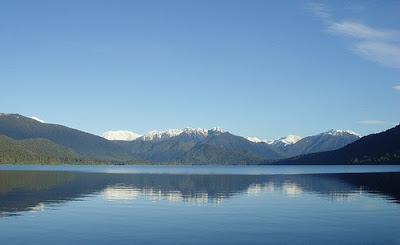 After a trip to Lake Kaniere on July 14, Christie described it as “one of the most beautiful places I have ever seen … mountains all around it and the dense bush down to the water’s edge.” This was the area in which I grew up, and my family visited Lake Kaniere on many occasions. For such a well-travelled person as Christie to rate it so highly is not all that surprising to me.

Christie on board ship during the tour
Christie was already a published author when she went on the tour, and had a second book (The Secret Adversary) published while she was away from England. We can assume these were written on the same Corona she took with her on tour. Later in life, Christie used a Remington Victor T (Model 5) assembled in London. 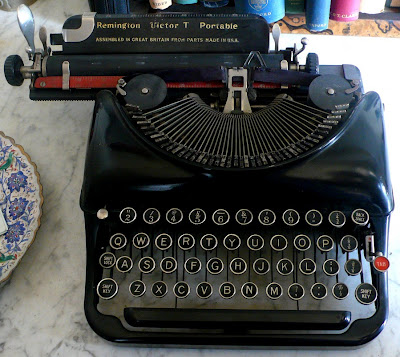 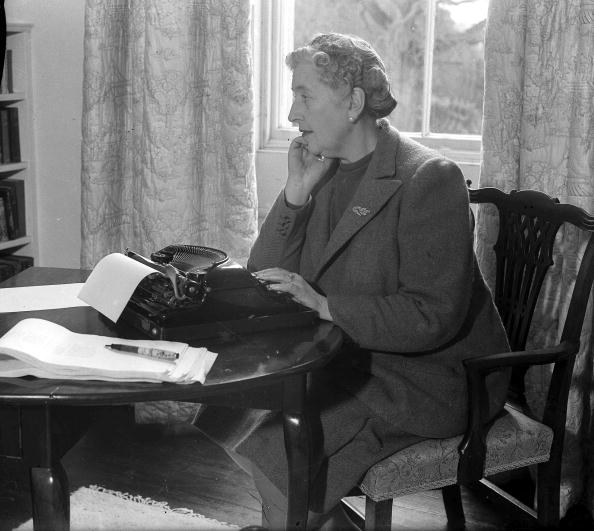 Christie at her Remington in Wallingford in 1946
The Bodley Head press published Christie’s first novel, The Mysterious Affair at Styles, featuring the character of Hercule Poirot, in 1920. According to the Guinness Book of World Records, Christie is the best-selling novelist of all time. Her novels have sold about four billion copies, and her estate claims that her works rank third, after those of William Shakespeare and the Bible, as the world's most widely published books. 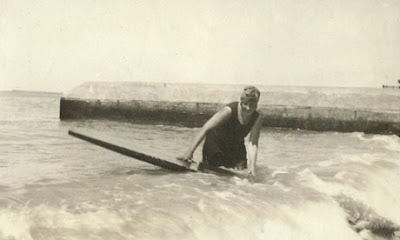 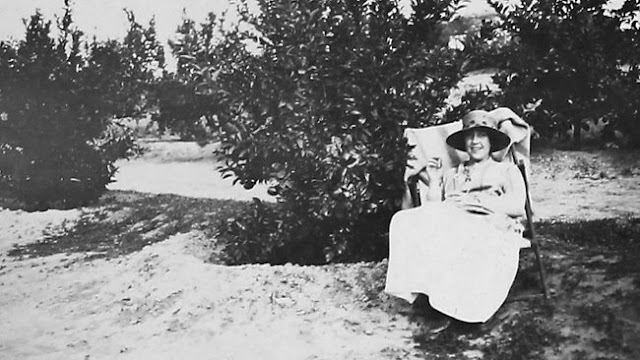 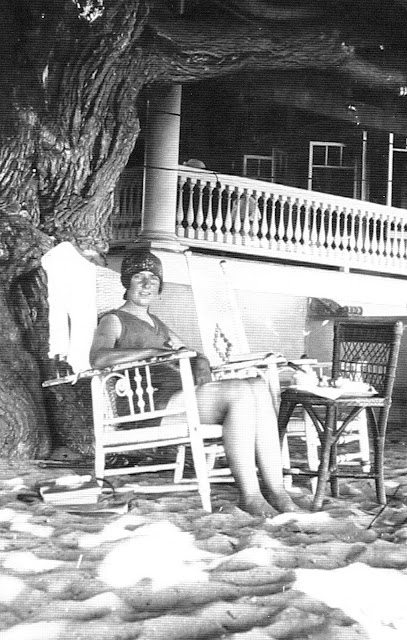 Christie relaxing in Hawaii
In South Africa and Hawaii, Christie and her husband became two of the first Britons to surf standing up. 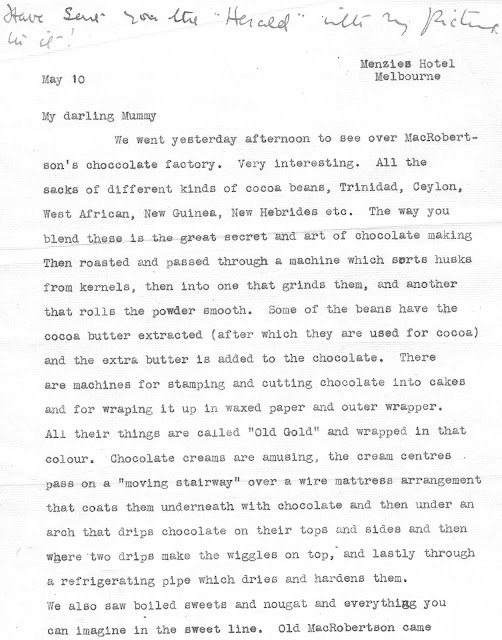 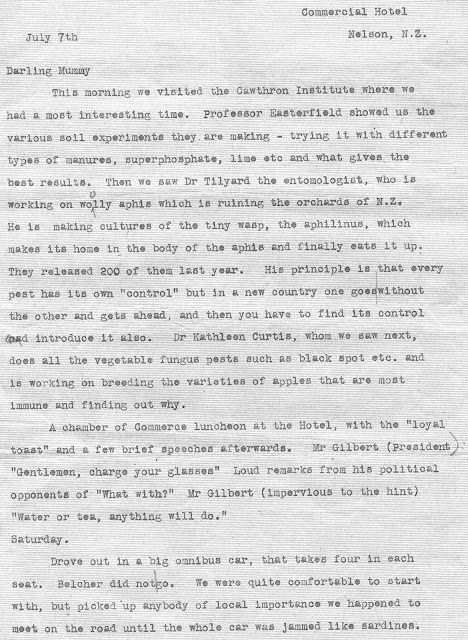 Letter from Nelson in New Zealand, a city mentioned earlier in this series 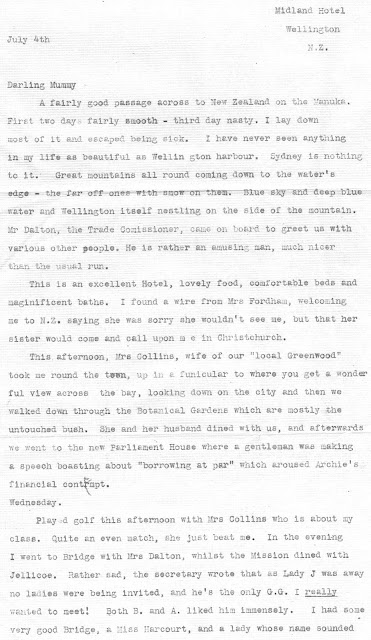 Letter from Wellington, New Zealand
*Christie was born Agatha Mary Clarissa Miller on September 15, 1890, in Torquay, England, and died on January 12, 1976, aged 85, at her home at Wallingford, Oxfordshire (where Rob Bowker, of "Typewriter Heaven" fame, lives). 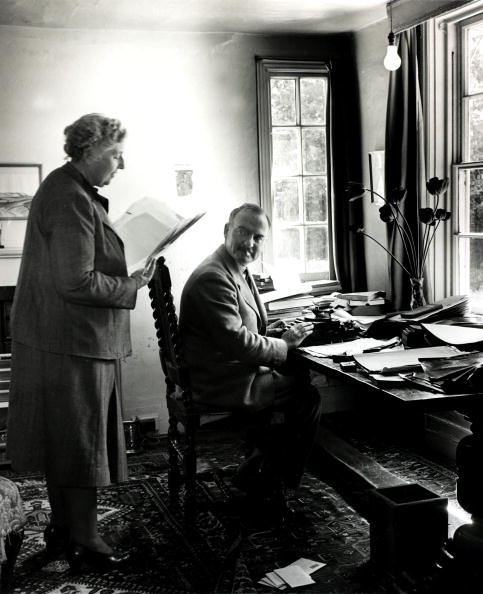 In 1950, Christie dictates to her second husband, Max Mallowan, in Wallingford. Max appears to be using an earlier model Remington portable.
Tomorrow:  The Wreck of the Ol’ Olivetti 32
Posted by Robert Messenger at 12:34

The sight of Agatha Christie with a surfborad certainly comes as a surprise.

I commend her on her taste in landscape but can't say much for her as a mother!

I would never had dreamed Agatha Christie was a surfer.

I have never been to New Zealand, but as Agatha says about its beauty so did many others I have known in my life who had visited or lived there. I've never seen a photo from New Zealand that did not show its exquisite beauty.

One of my favorite photos of an author is the one of her at Wallingford that appeared in Life magazine. The room and its decor looks like one of the most relaxing (and inspiring for some reason) places to write.

I will be returning to this post quite often to read the letters.