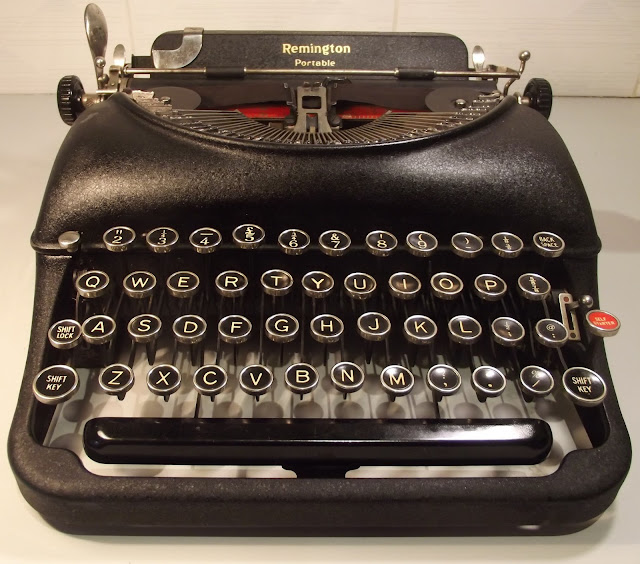 Still not quite sure what "self-starter" means in this context, but the red "self-starter" key seems to be essentially a tab key. I note with interest on Richard Polt's Remington portables page on The Classic Typewriter Page that:
1. Most of the Remington 5 (streamlined) portables appear to have a shiny paint finish. The ones I have owned are that way, too, spectacularly so. 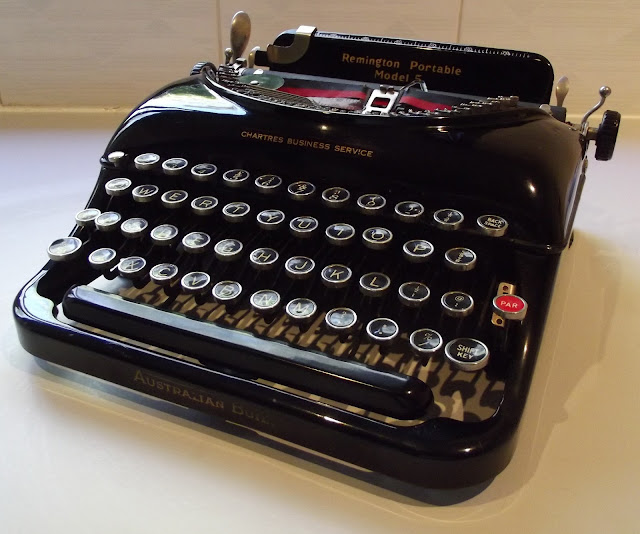 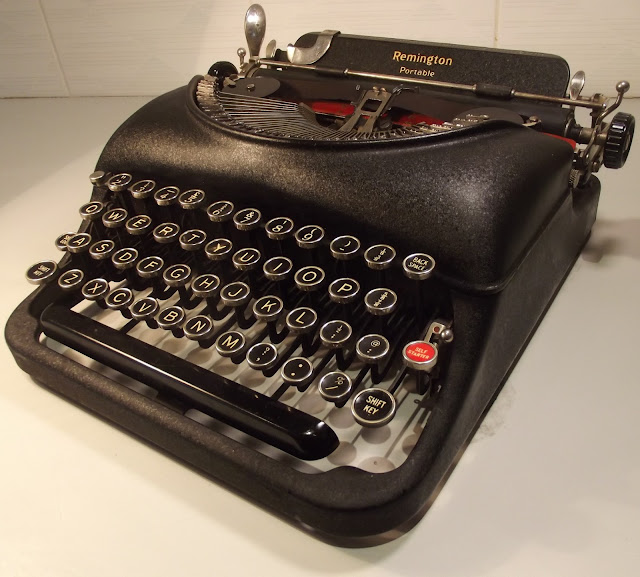 3. Richard quotes a company pamphlet as saying, "The modern attractive lines of this new Remington brings [sic] 20th Century style and grace to the world's most famous portable typewriter ... Note the big, massive sturdiness of this new Remington Self-starter portable, its graceful lines and glistening finish." Richard goes on to say, "The scale is red on most specimens, but black on some ... Early specimens have the traditional 'Remington' decal instead of the Deco lettering ..." 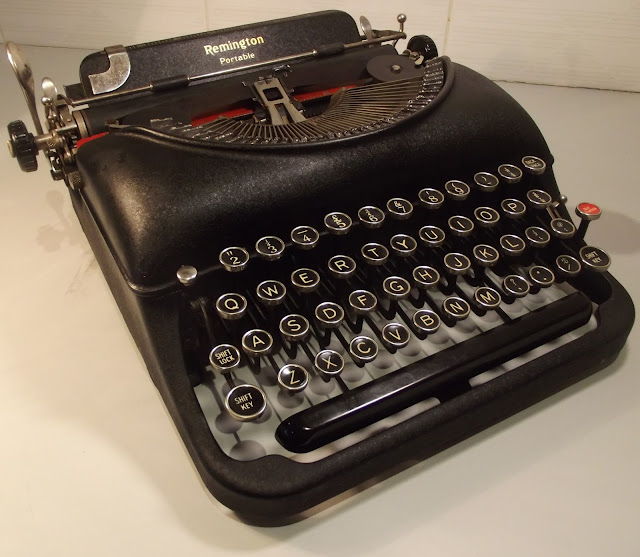 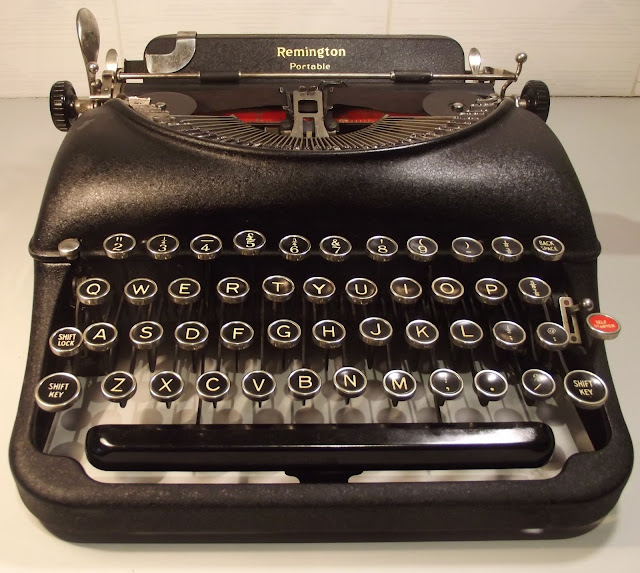 5. Other, later models listed by Richard include the Remington 5 (streamlined with touch regulator), the Remington Standard Model 5 and the Remington-Rand DeLuxe Model 5. These appear to have the crinkle paint finish, but in each case the serial numbers start with the letter "B".
So what do I call this model? Other, that is, than a VERY SPECIAL TYPEWRITER (see below why):

Posted by Robert Messenger at 18:01

Very nice typewriter. I wonder how many not raised with typewriters and only computers and gadgets would thing that self-starter would mean push the button and watch it type.

What a nice, clean typewriter! Enjoy it.

I think the concept of the self-starter is that the typewriter will start a paragraph "by itself" (if you push the key, that is!). Unlike a true tabulator, it advances the carriage 5 spaces forward from whatever your current position is.

Where is the serial number located on this model? I have one with the crinkle finish.

Well, I'm 5 years late in responding to C's comment, but to answer your question the serial number sits behind the keys facing the typist.