The Playwright and The Typewriter: Sean O'Casey 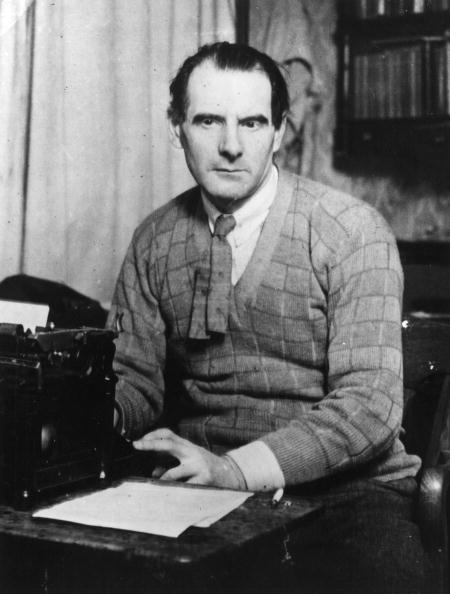 Sean O'Casey in Dublin in 1927,
at the time he wrote The Silver Tassie.
One of the great memories of my life was being at the Abbey Theatre in Dublin the night Seán O'Casey’s The Silver Tassie returned there after an absence of 39 years. It remains one of the finest stage plays I have ever seen. Sadly, O’Casey (Seán Ó Cathasaigh) was by then 10 years dead. He never got to hear the Abbey proudly declare, "All is forgiven!"

Cyril Cusack
In those days I shared a house with Irish actor Cyril Cusack (1910-1993) on Hatch Street in Dublin (it was owned by his former wife Maureen) and Cusack himself had just made another triumphant return to the Abbey, to play trade unionist Fluther Good in O’Casey’s The Plough and The Stars. 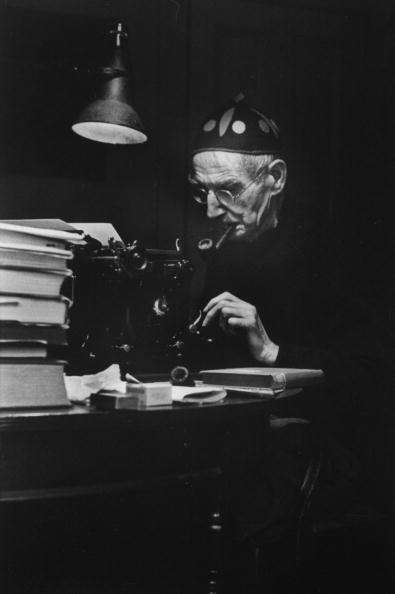 O'Casey writing at his home in Torquay in 1953. He was photographed for a LIFE magazine feature article, which appears at the bottom of this post.
O’Casey was born John Casey in Dublin on March 30, 1880. A committed socialist, he was the first Irish playwright of note to write about the Dublin working classes. O'Casey taught himself to read and write by the age of 13. He left school at 14 and worked for a while in newspaper distribution, but was sacked for not taking off his cap when collecting his wage packet.
After the death of a friend in a hunger strike in 1917, O'Casey began writing and his first accepted play, The Shadow of a Gunman, was performed at the Abbey Theatre in 1923. It was followed by Juno and the Paycock (1924) and The Plough and the Stars (1926). Juno and the Paycock became a film directed by Alfred Hitchcock. The Plough and the Stars was not well received by the Abbey audience and resulted in scenes reminiscent of the riots that greeted J. M. Synge's The Playboy of the Western World in 1907 (written on a Blickensderfer 5, by the way). W. B. Yeats intervened and described the audience as "shaming themselves". 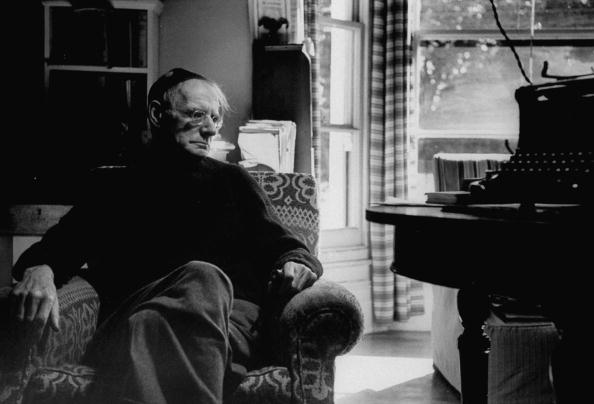 Nonetheless, in 1928 Yeats rejected the brilliant The Silver Tassie for the Abbey. O’Casey left Ireland to settle in England and spent his final years in a third-floor flat in Torquay, still writing despite failing eyesight. "The worst of it," he said, "is that I can't see the mistakes I type."  On September 18, 1964, O'Casey died of a heart attack, aged 84. 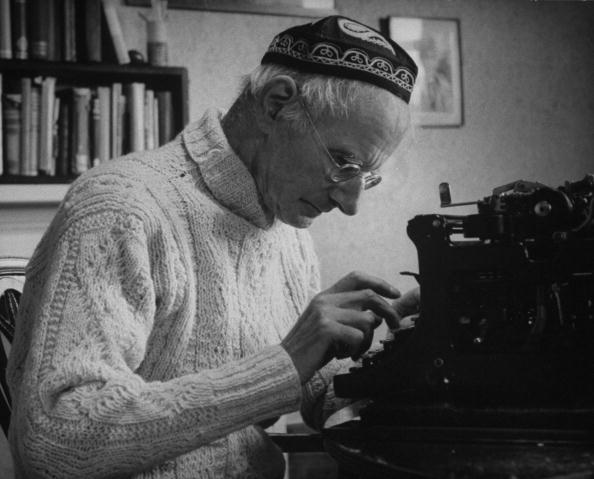 O'Casey in 1955
His daughter Siobhán, who for many years ran the O’Casey Theatre Company in New York, later recalled, “falling asleep most nights as a young girl to the tap-tap sound of his typewriter in an adjacent room. His typewriter and his fountain pen, by the way, were not toys she and her brothers could play with.” 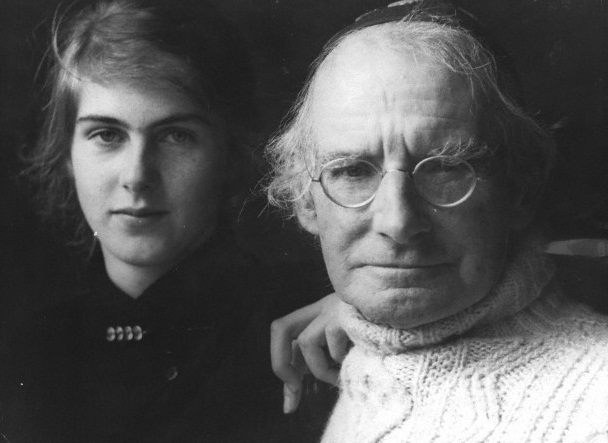 Siobhán with her father 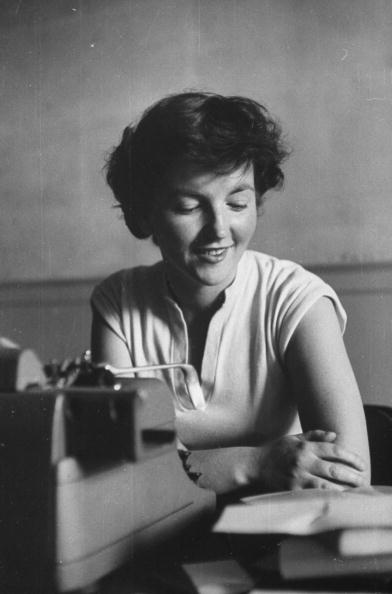 This photograph was taken for the LIFE magazine spread. The caption read, "Moira Cranwell, a young Dublin woman much like the character of Minnie Powell in Sean O'Casey's play, The Shadow of a Gunman." 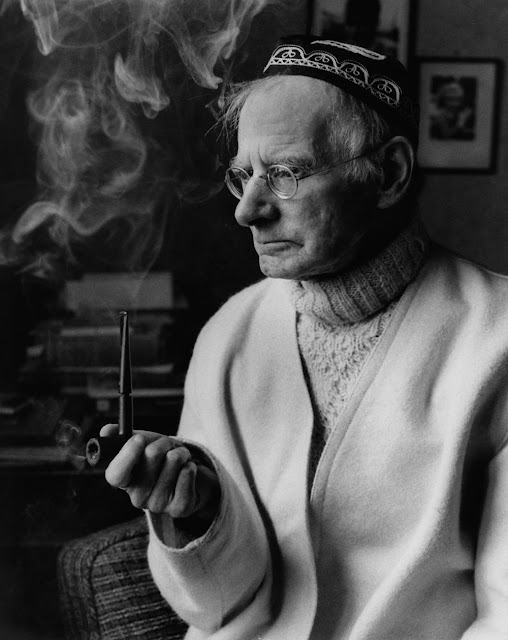 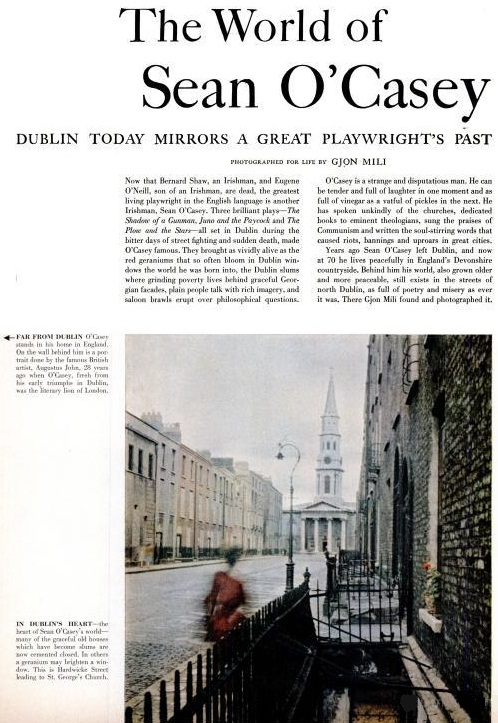 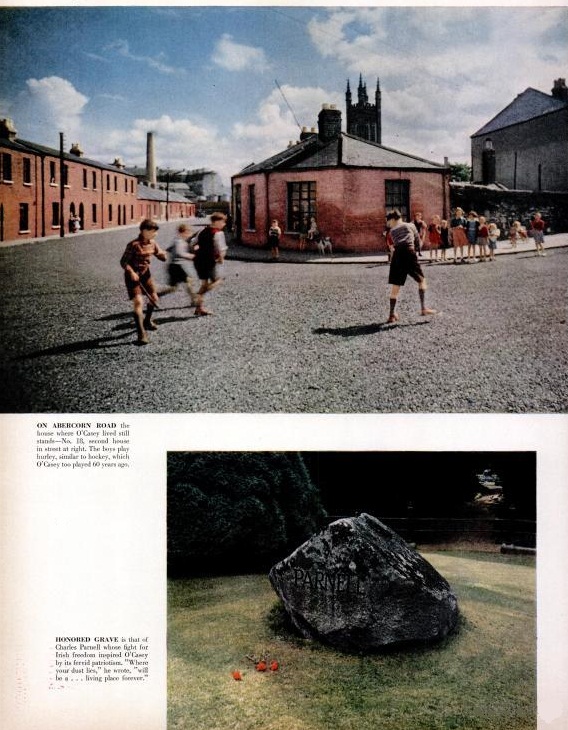 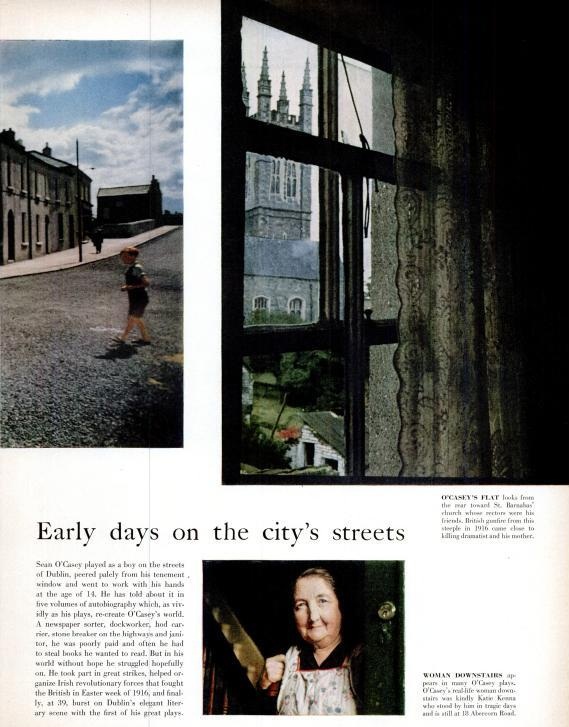 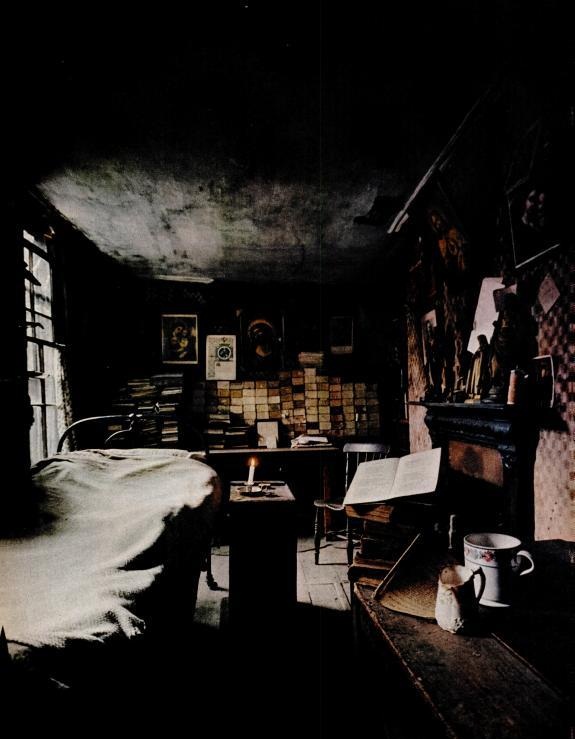 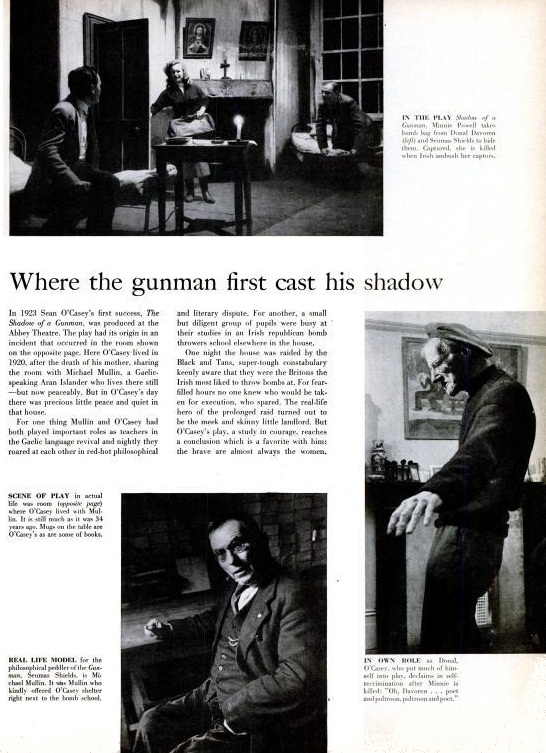 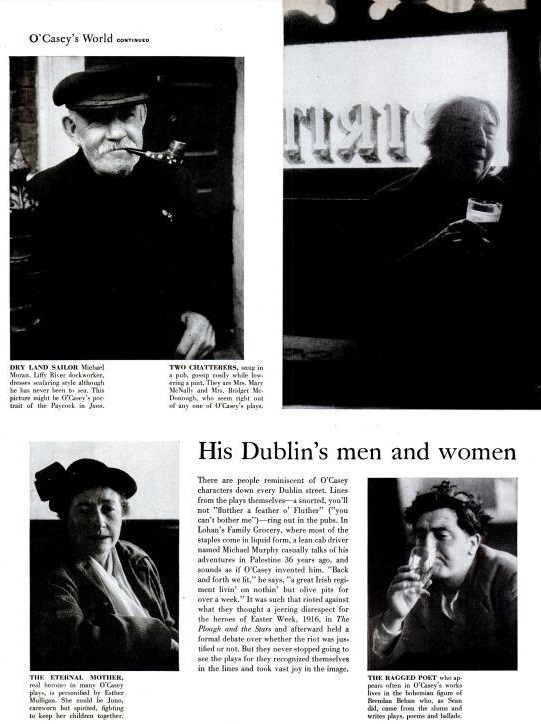 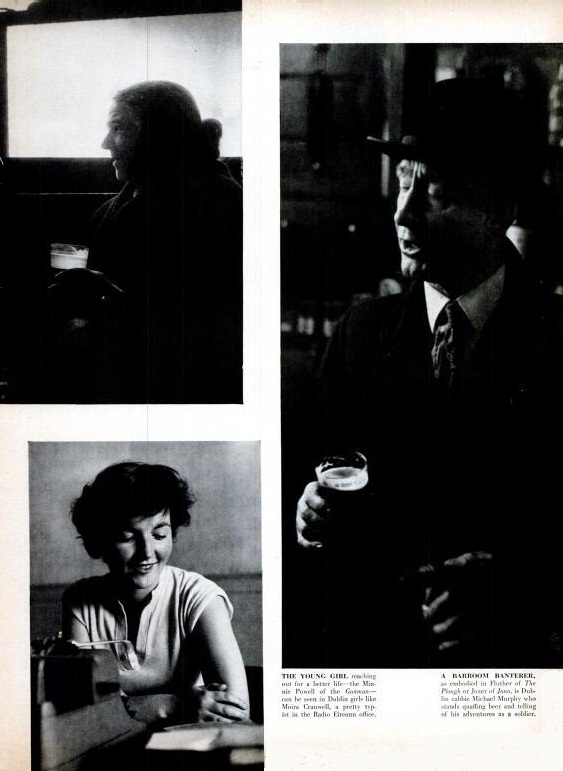 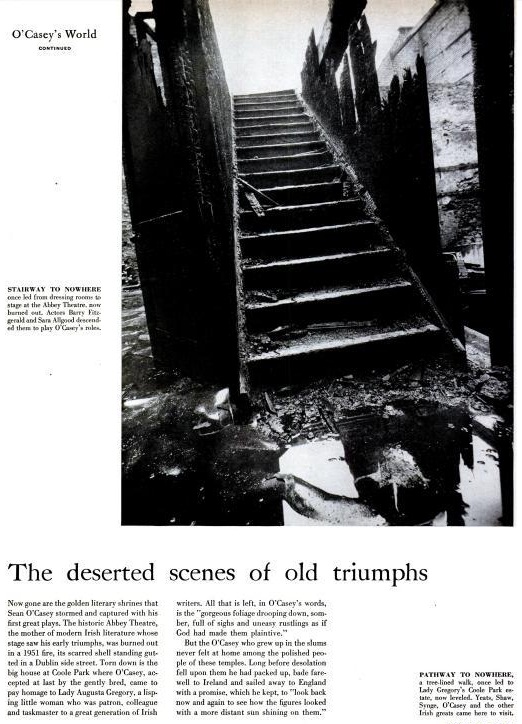 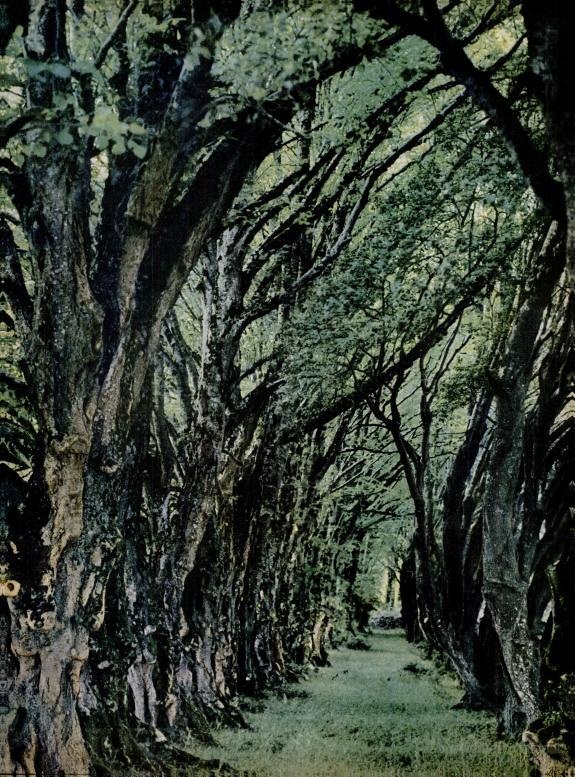 Posted by Robert Messenger at 19:08

Was this provoked by my query to the TYPEWRITERS list? I had previously listed O'Casey as using an Underwood, but I don't think so any more. My guess is a Continental. What do you think?