Not a Bum Tap: Andy Griffiths and His Underwood Typewriter 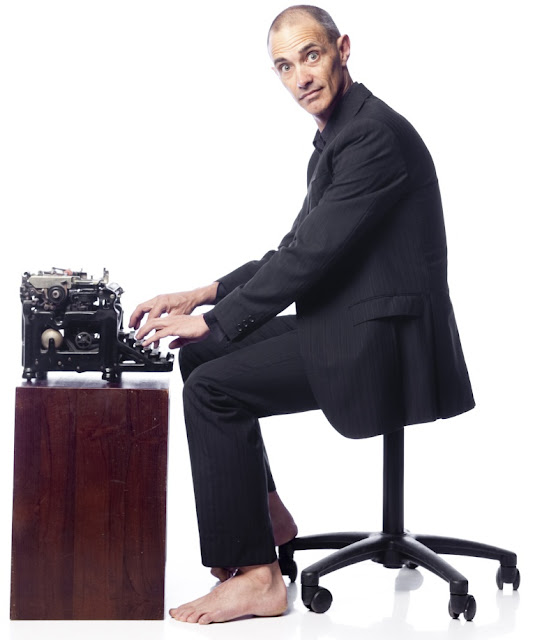 The kids at WordPlay in Cincinnati would probably love this guy. Australian youngsters of the same age group seem to like him, anyway. He apparently talks their language.
Andy Griffiths is Australia’s most popular children’s writer. He has written more than 20 books, including nonsense verse, short stories, comic novels and plays. During the past 15 years his books have been The New York Times bestsellers, won more than 50 children’s choice awards, been adapted for a television cartoon series and sold more than five million copies worldwide. 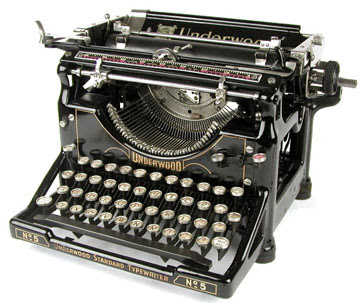 With a 1920s Underwood typewriter he bought at a school fete, Melbourne-born Griffiths wrote his first published story when he was in Year Eight at school. Called Lost in Time, the story appeared in Pursuit magazine. Despite this early success, Griffiths was more interested in rock music and used his creative talents in school writing rock songs (on an Underwood?).
After high school, when several of the punk rock bands he formed (he was lead singer with Skippy the Butcher and Gothic Farmyard) had been formed disbanded, Griffiths decided to return to school and earned a degree in education. He then became an English high school teacher and has also worked as an editor and publisher of educational books focusing on English and writing. 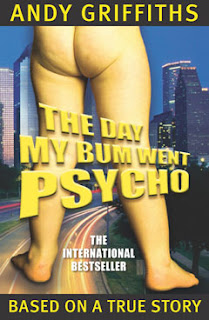 Griffiths, who uses words that would never have passed Andy Griffith's lips, is best known as the author of the Just! series and The Day My Bum Went Psycho. 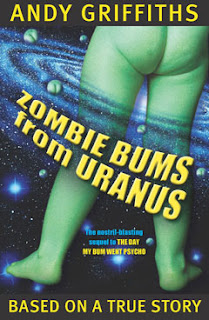 With illustrator Terry Denton he also produced the popular The Bad Book, its follow-up, The Very Bad Book, two ridiculous illustrated guides, What Bumosaur is That? and What Body Part is That?,  as well as the Seussian-inspired early readers' The Cat on the Mat is Flat and The Big Fat Cow that Goes Kapow! 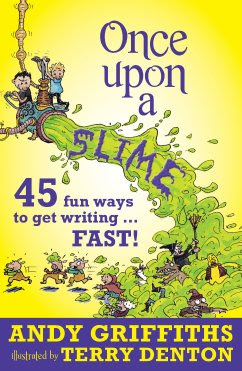 Griffith, 51,  and Denton, 63, have been working on a collection of inspirational writing exercises called Once Upon a Slime: 45 Fun Ways to Get Writing ... Fast! for English teachers and emerging writers and illustrators. It will be published this month.
Griffith says he is "passionate about inspiring a love of books and reading in his young readers."

Posted by Robert Messenger at 15:51

He's quite a fun writer. I think that might be a book that would be worth reading.

However, is it just me, or does he have like... giant feet!

Yes, now you mention it Scott, he DOES have a good grip on Australia!