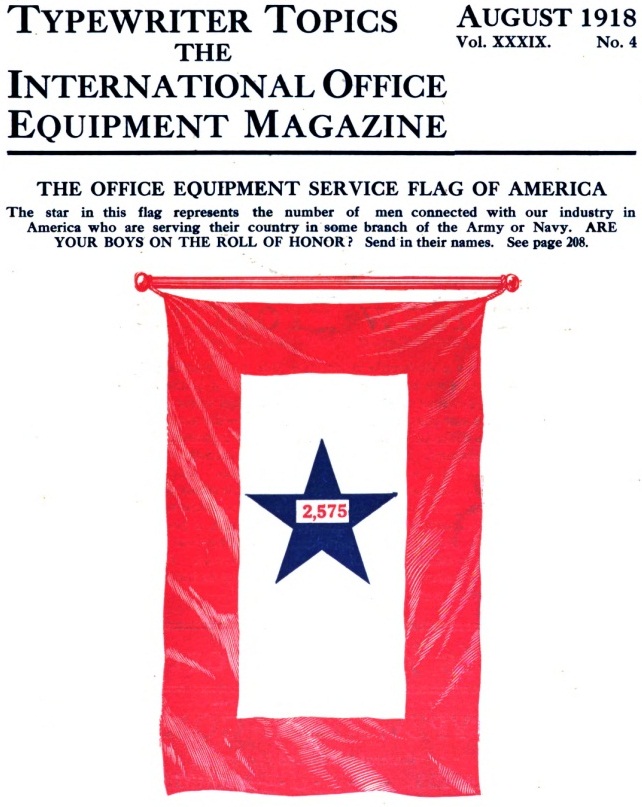 Today, April 25, Australia and New Zealand observe Anzac Day, honouring their war dead and their involvement in wars from the Boer to Afghanistan. The date marks the anniversary of the first Gallipoli landings in Turkey in World War I, on April 25, 1915. 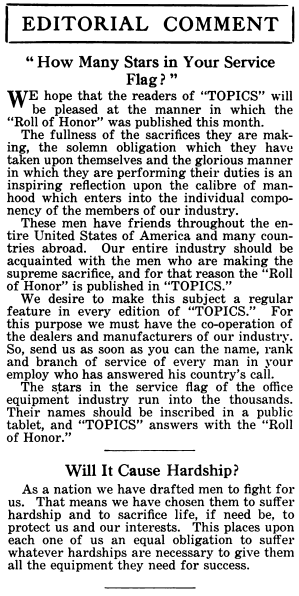 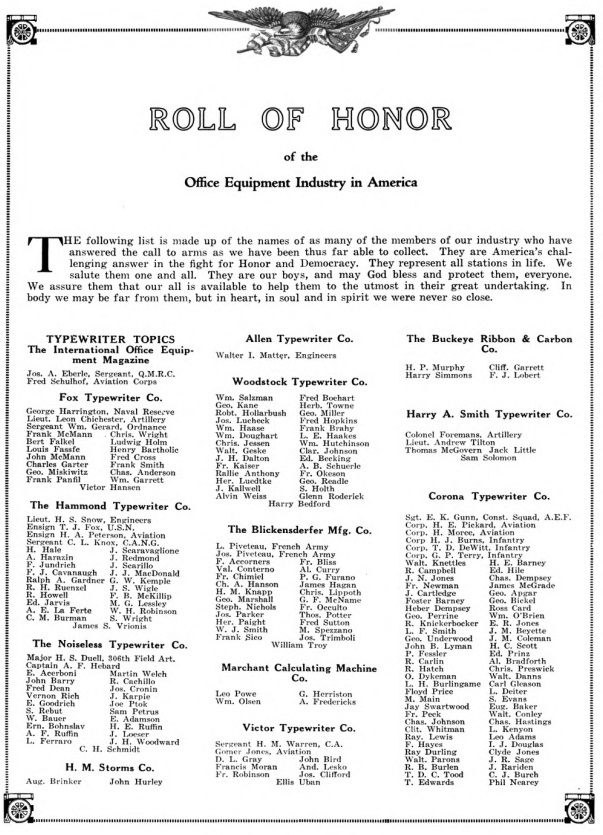 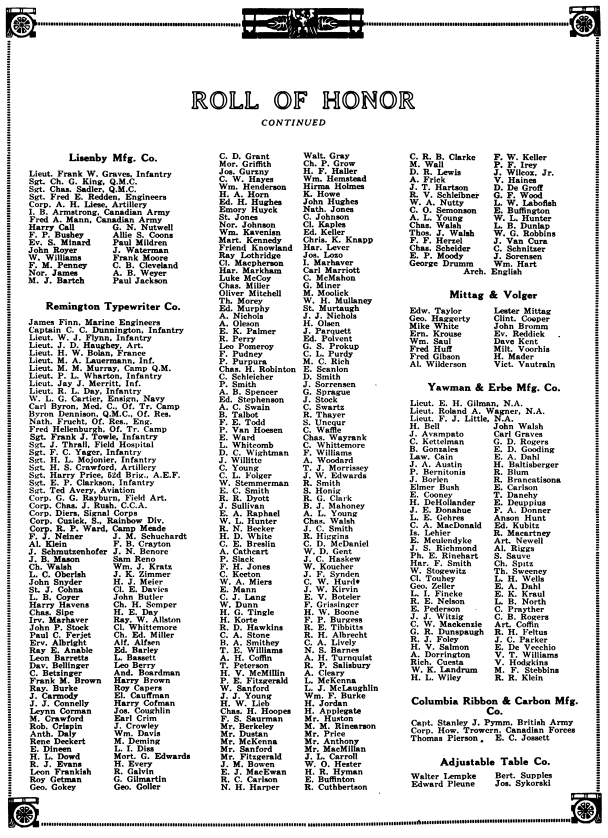 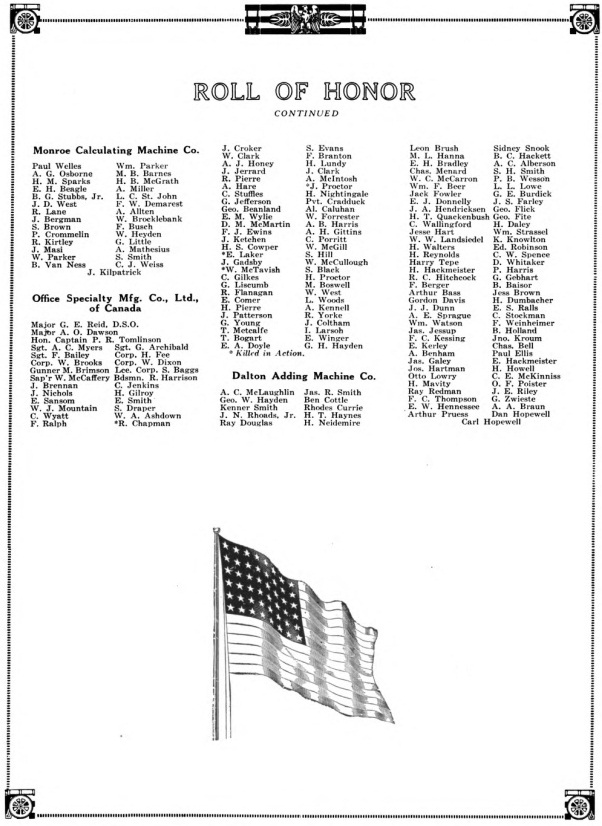 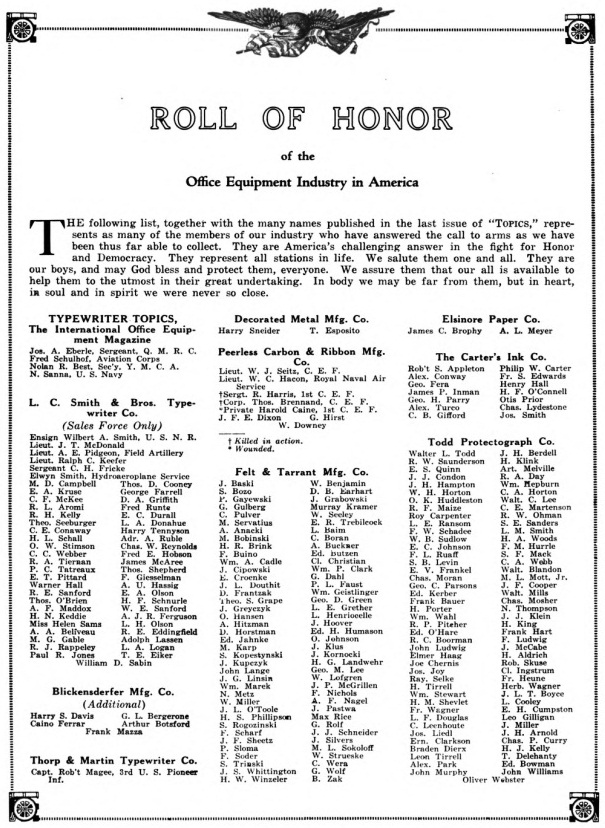 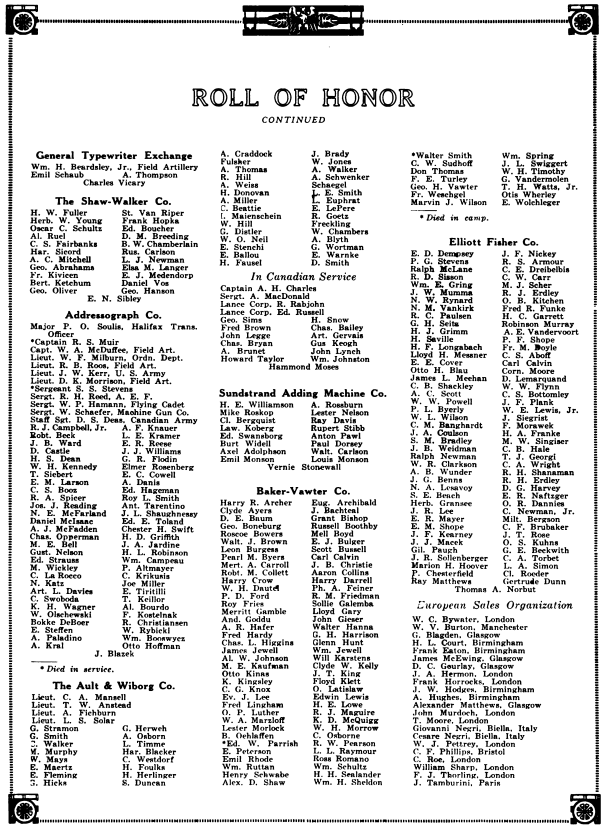 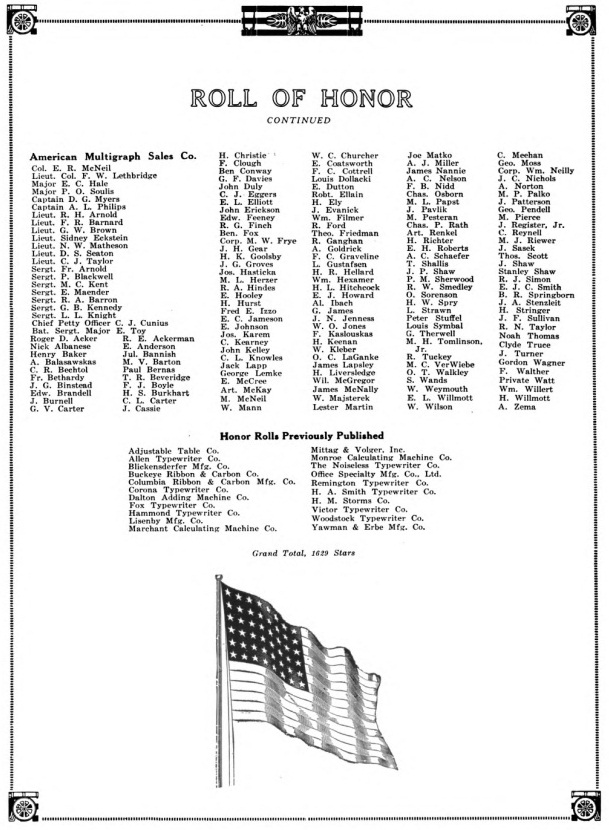 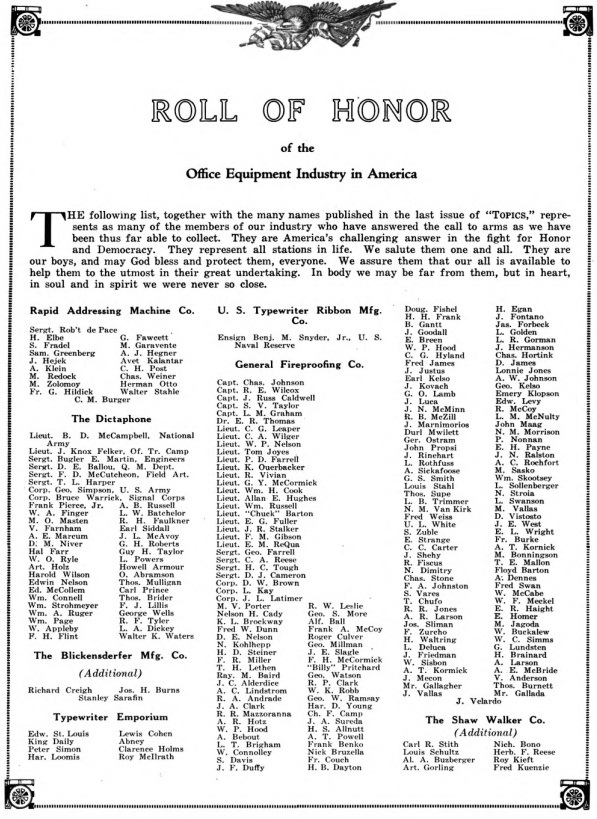 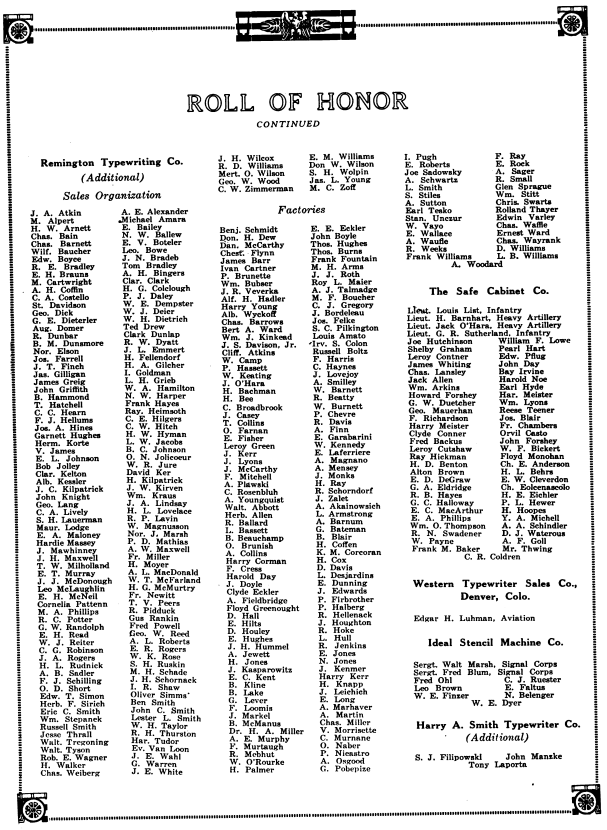 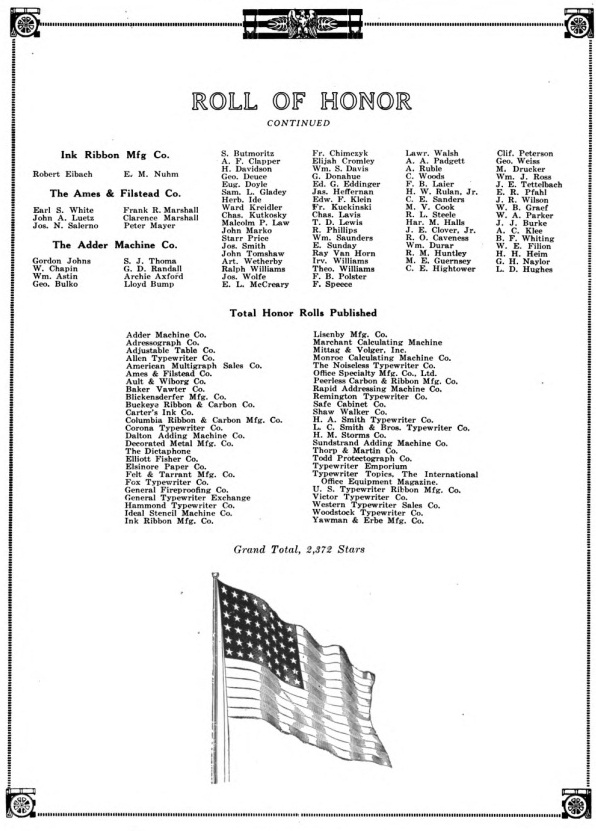 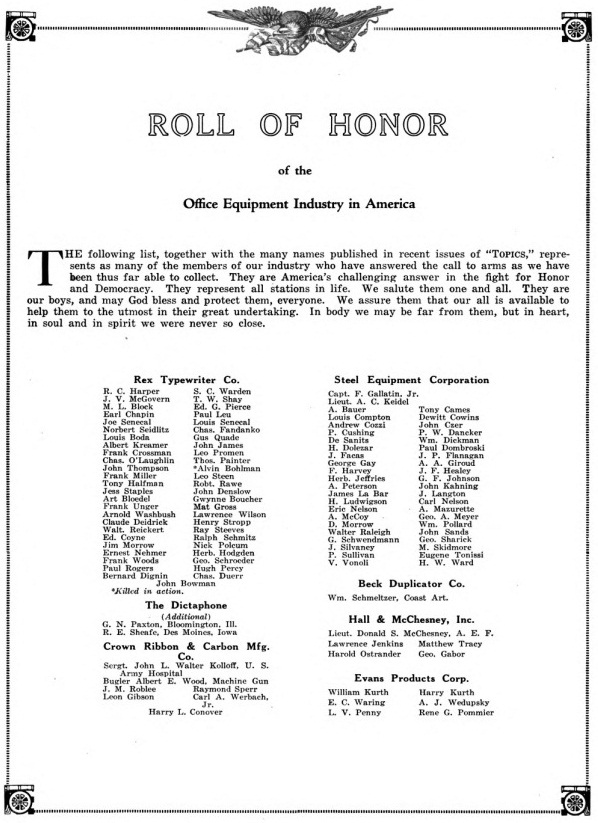 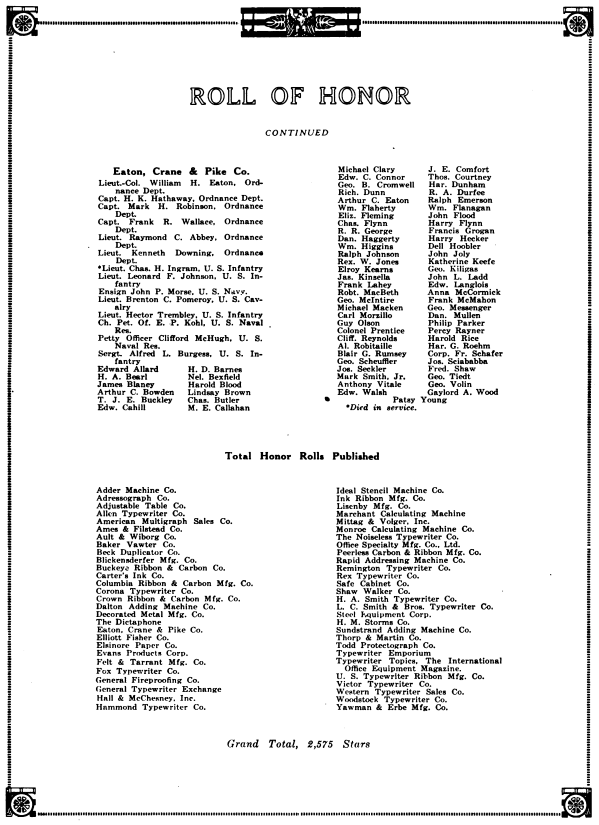 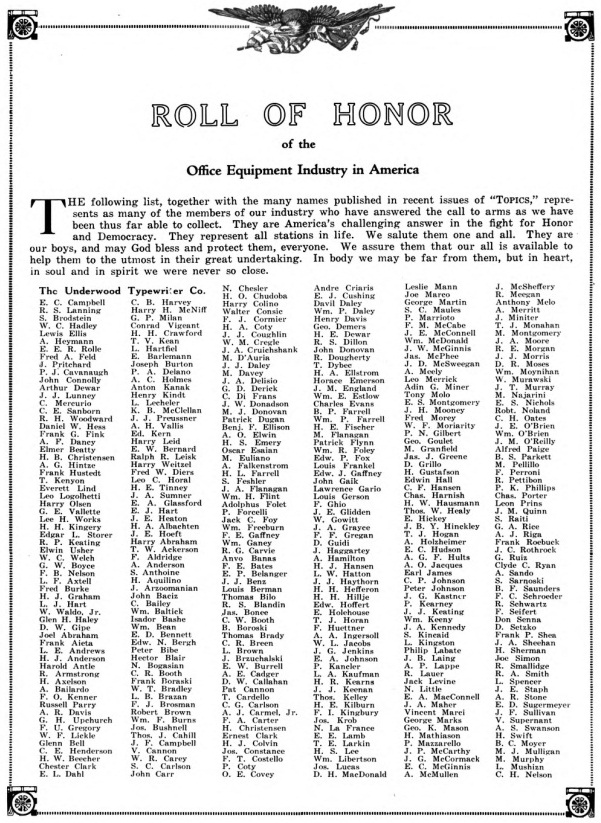 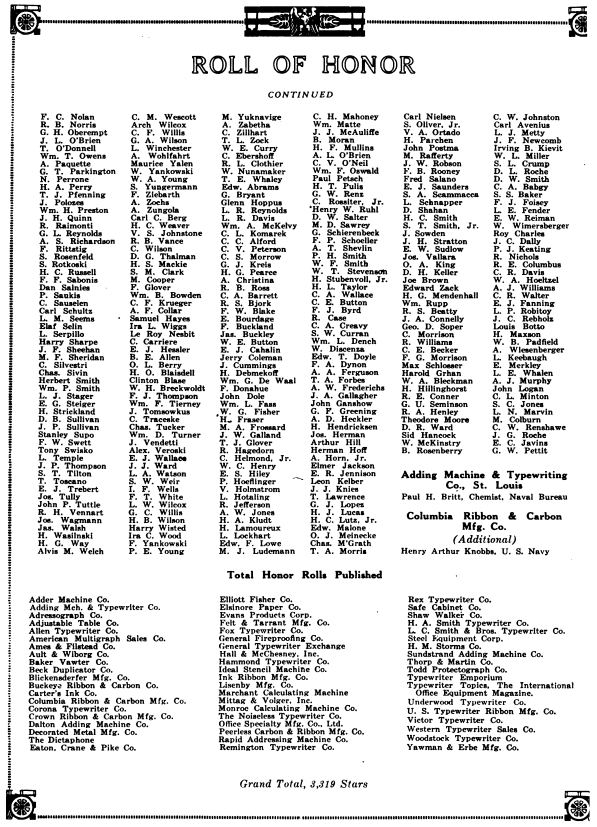 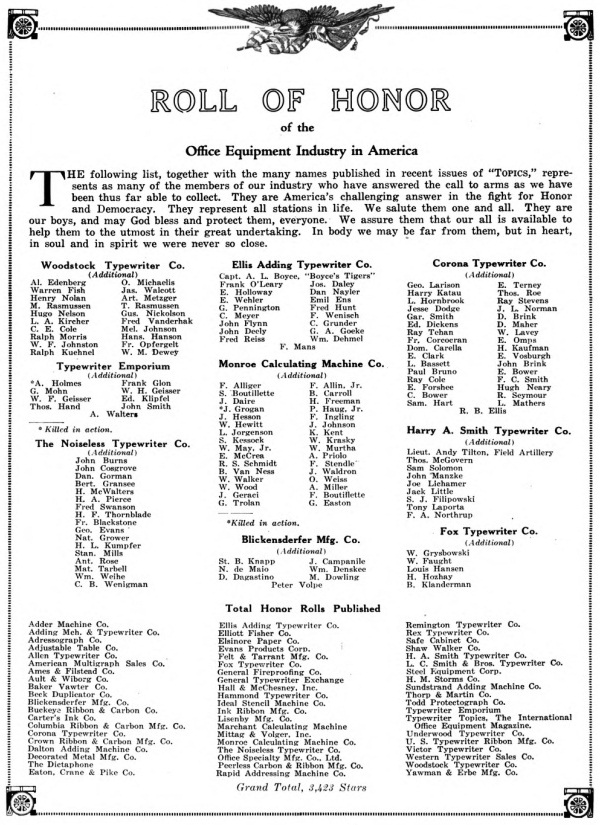 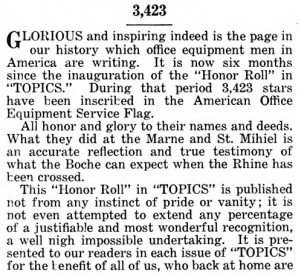 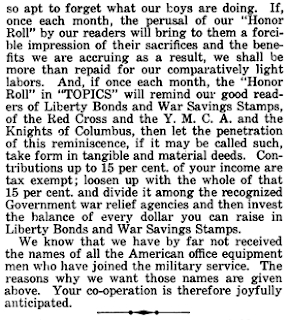 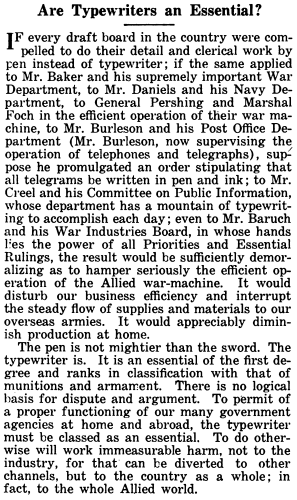 As the war drew to an a merciful end, here is the amusing perspective of a young Englishman who had worked for the Bar-Lock Typewriter Company in London: 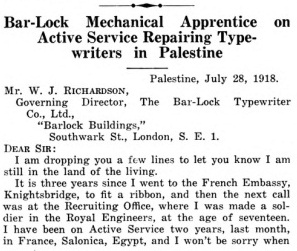 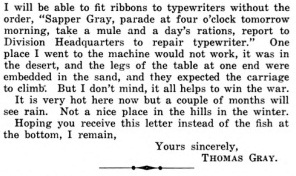 In May 1918, Typewriter Topics published this article from an American woman living in Germany. Again, these are aspects of war we don't tend to think about: 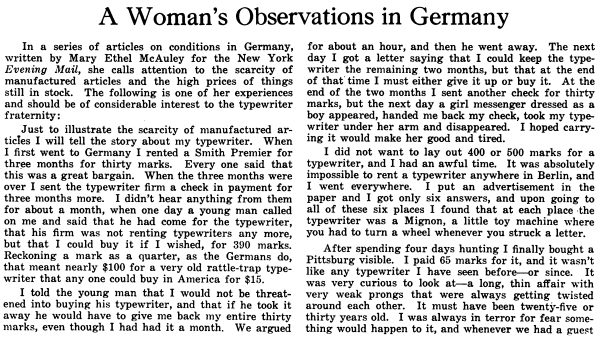 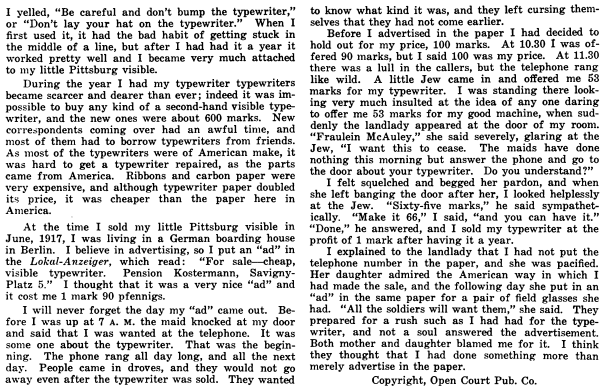 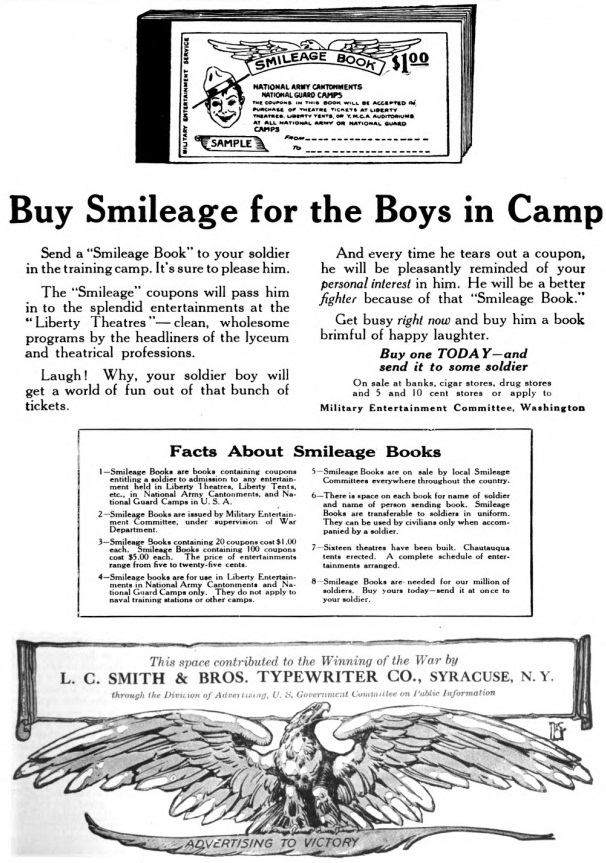 They went with songs to the battle, they were young.
Straight of limb, true of eyes, steady and aglow.
They were staunch to the end against odds uncounted,
They fell with their faces to the foe.

They shall grow not old, as we that are left grow old:
Age shall not weary them, nor the years condemn.
At the going down of the sun and in the morning,
We will remember them.
- Ode of Remembrance, from Laurence Binyon's F0r The Fallen, 1914

Posted by Robert Messenger at 15:02

Hi Robert (if I may) Great blog! I'm an academic researching the typewriter and would like to use some of the news articles you include in your blog. Would you be willing to share the citations?

Probably, if I know who you are. "Unknown" doesn't cut it I'm afraid.