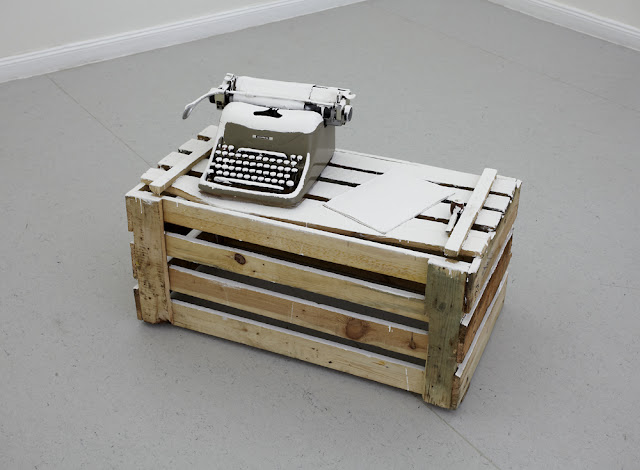 This looks like a scene from Switzerland. And as Georg says over there at Sommeregger's Sammelsurium, "The typewriter keeps inspiring artists." But I think I might be repeating, though not necessarily 1000 times, Ken Nichol's succinct Australian brush-off if asked the price of a decent typewriter for a sample of the work of Kasper Pincis. Maybe it's just me.

Pincis, 31, lives and works in London. His materials and tools are newsprint, typewriters, carbon paper, a photocopier, pencils, Letraset and slides. 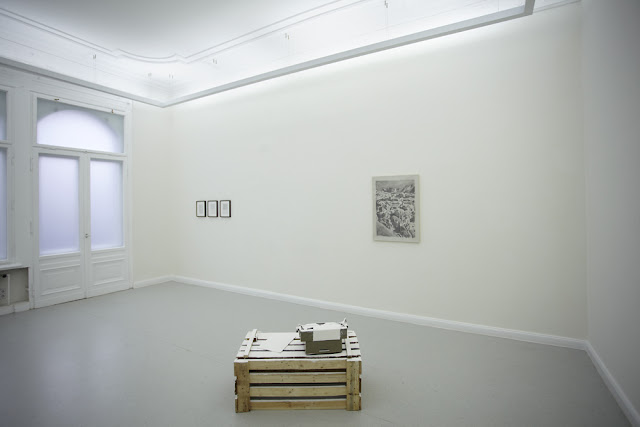 He finds his typewriters in the Deptford market, a fruit and vegetable and antiques and bric-a-brac market near Greenwich, south-east London. 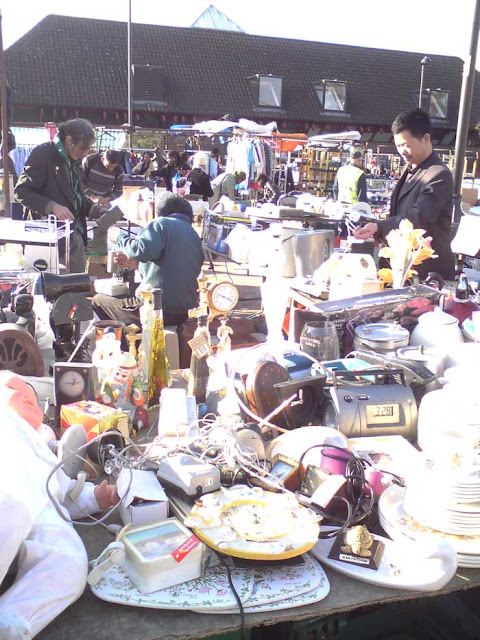 Pincis includes typewriters in what he calls the "aesthetics of literature and academia", and says they provide a "clarity" which is a constant in his practise. 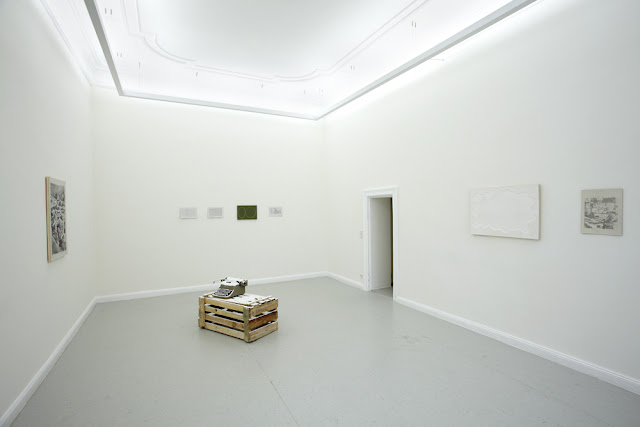 A blurb explains, "To be typed rather than written: the idea of typing as a separate medium in and of itself plays a key role in Pincis' work. The typing machine, generally seen as old fashioned - known and outdated - may be something understandable as it already refers to something. Standing in between a certain progression it was an important invention, but is no longer used. Recently the incorporation of pencil drawing to typewriter pieces has linked two of Pincis' streams of work. In Navajo Rug, for instance, a typewriter grid gives rhythm and centre to an image taken form an old North American textbook." 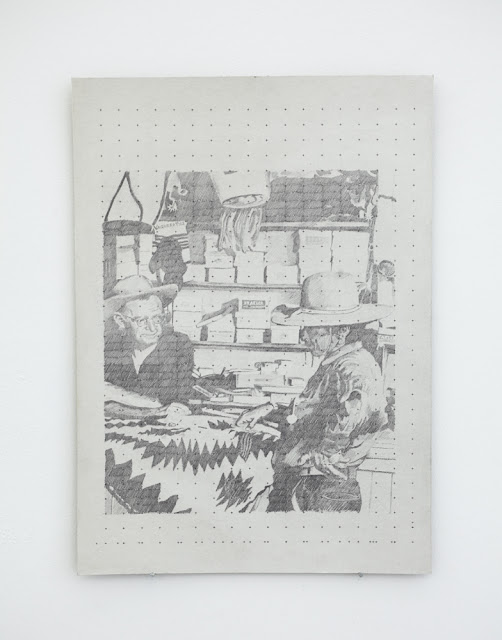 Pincis studied at Camberwell College of Art, gained a BA in Fine Art and History of Art from the Goldsmiths College, University of London, in 2004 and graduated from the Royal Academy in 2007. 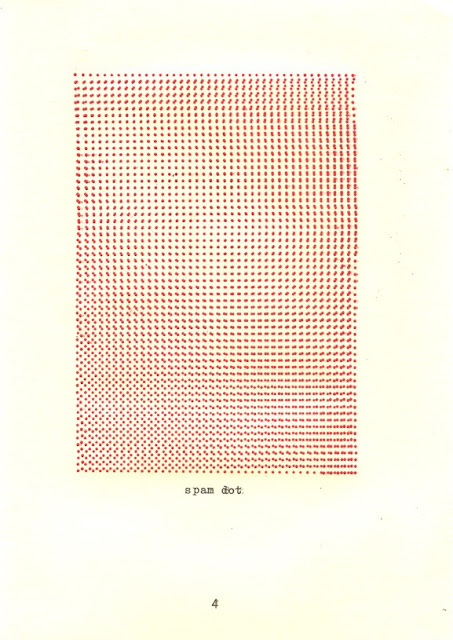 Interestingly (given my previous post), one of Pincis's favourite source books is The Kon-Tiki Expedition by Thor Heyerdahl. 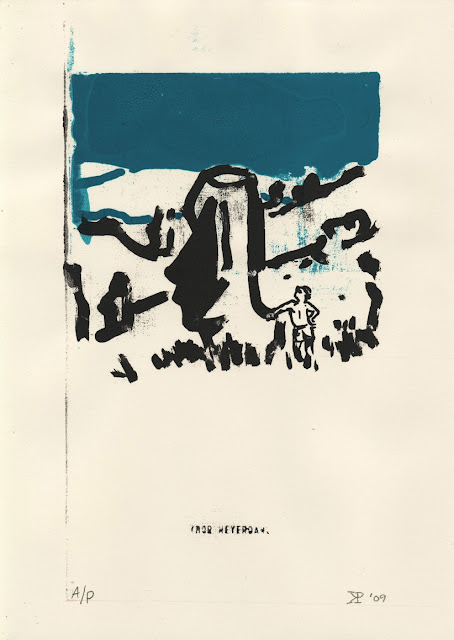 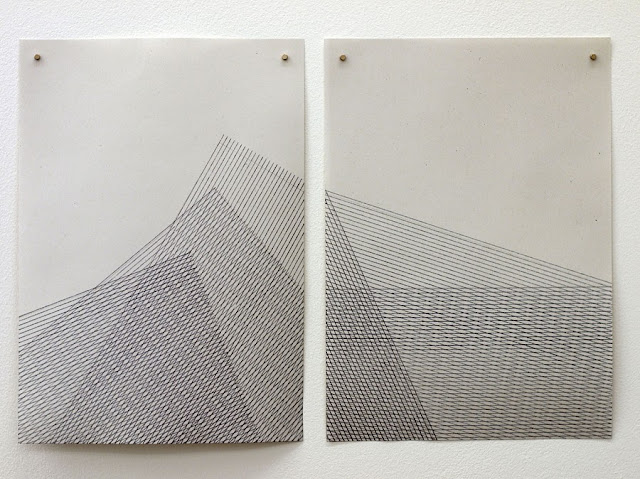 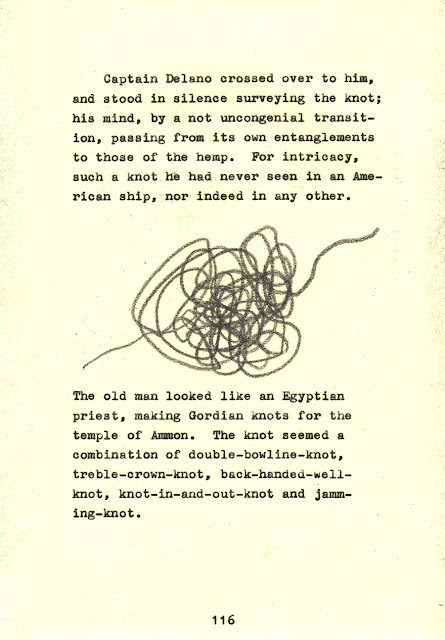 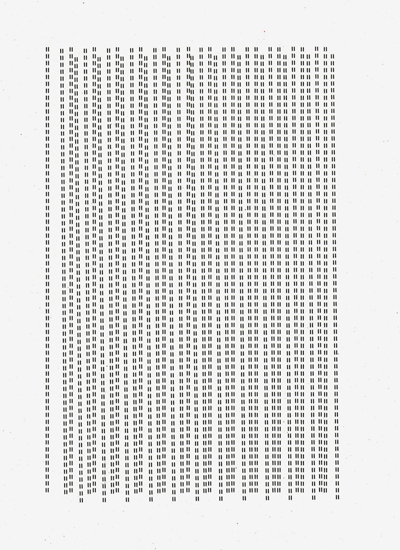 Posted by Robert Messenger at 17:01

Can't say I'm wild about this art, but it pays positive attention to typewriters and that's all right.

Now I know to visit the Deptford market when I go to London this summer!

I'm with Richard re- props for the positive attention to typewriters.

Unfortunately quite a bit of modern art is lost on me. Rather than understand it, it tends to act as an inspiration for me to splatter some coloured paints onto my hair, rub my head into some linen and try sell the said linen as "art" for $230.