Warmest Regards from the Cold Heart of Darkness: Climate Change and my Underwood Portable Typewriter 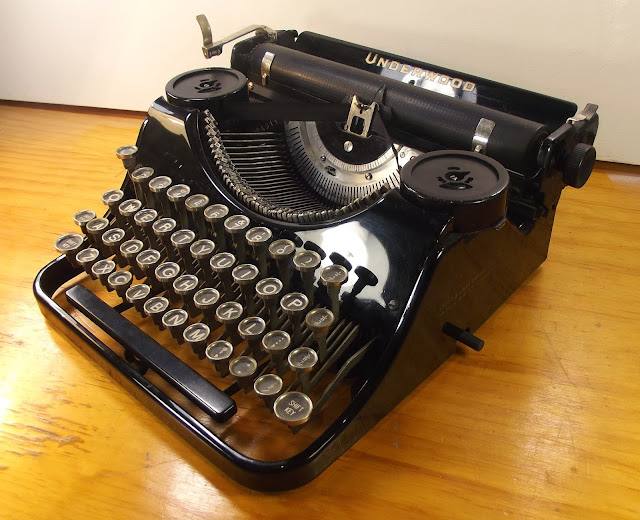 My latest "go-to" portable typewriter (has been now for the past five months). It's a 1937 Canadian (Toronto)-made Underwood 4, serial number E1084511. It was originally sold by Stott and Underwood, Hunter Street, Sydney, New South Wales, a place that is as evident and plain for all to see as Antarctica. The typewriter clearly hasn't been too much effected by climate change during the past 76 years, which is not to deny that the world's climate has changed, especially since the 1950s. 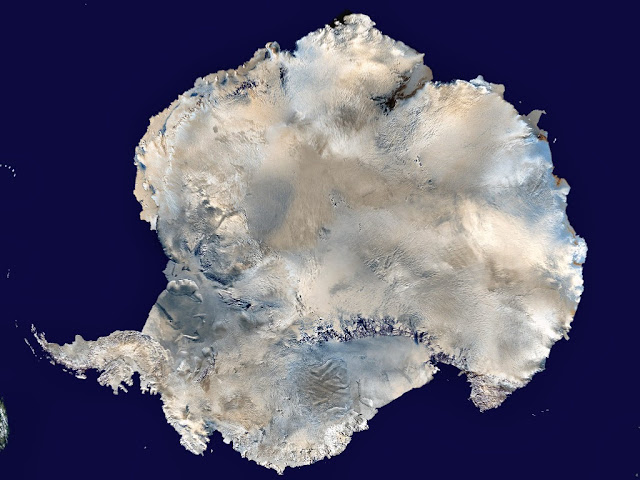 An oasis from space. Doctored? An illusion? A blot on the southern horizon? Are we sure it's there? Did man walk on the moon? 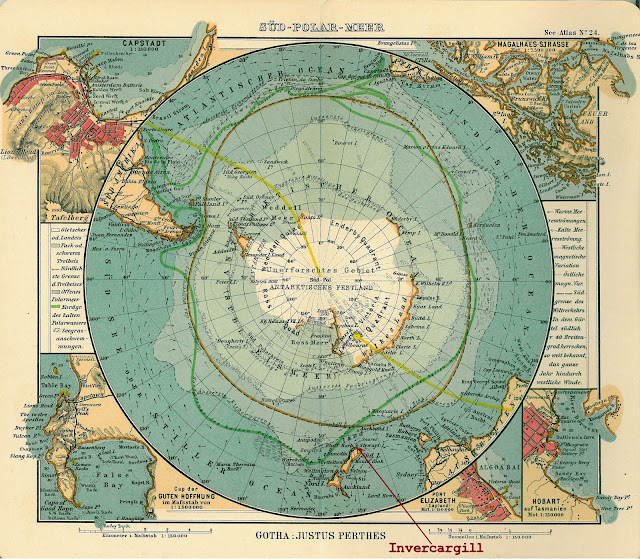 From a 1906 Atlas. Surely someone must have got it wrong!

The imaginatively named Southland is New Zealand's southernmost province (surprise, surprise!). Its capital is Invercargill. Inver comes from the Scottish Gaelic word inbhir, meaning a river's mouth.The  Māori name for Invercargill is Waihōpai. The port below Invercargill, Bluff, produces the world's finest oysters, bar none. And if that's not enough to make you want to go there, nothing is. 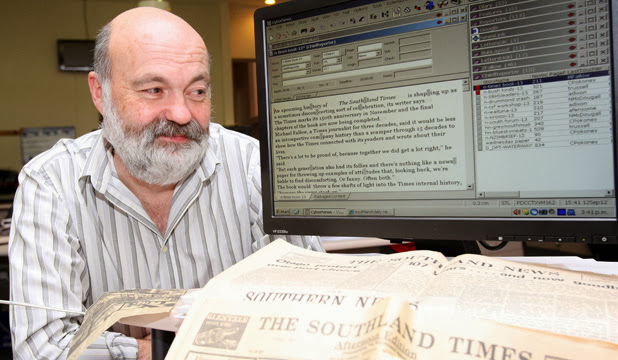 Hats off to The Southland Times award-winning leader writer Mike Fallow. To see Mike's editorial in question, and the comments it elicited, please go to this site. 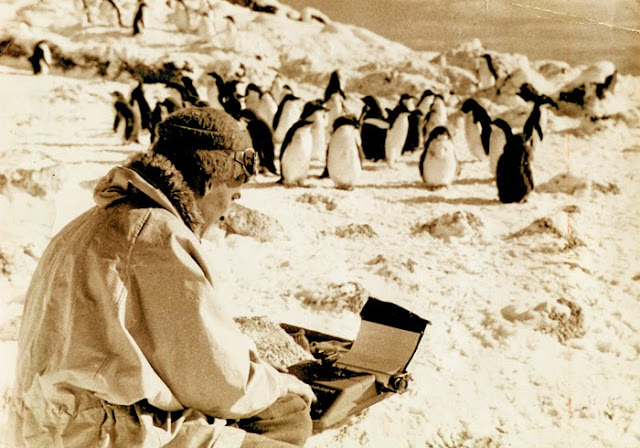 Geoff Lee-Martin, who was my chief-of-editorial-staff at The New Zealand Herald in Auckland in the late 1960s, is seen here using an Empire Aristocrat portable typewriter in Antarctica in the mid-1950s. But wait! If there is no Antarctica, where is he? 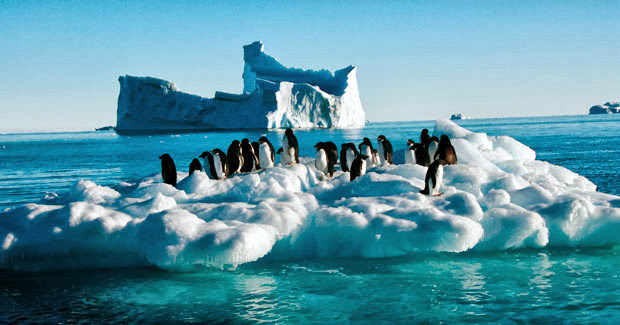 Adrift as the Continent melts. 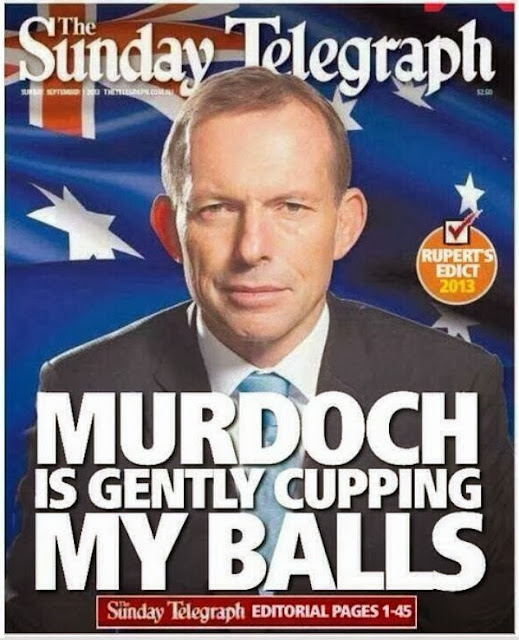 Australia's new prime minister, Tony Abbott, acknowledges who got him into power. Abbott and his Uncle Rupe are against freedom of speech, carbon taxes, the republic, gay marriage, nationwide fast internet connections, refugees, public servants ... you name it, he's 'agin' it. Australia will soon be back in the 1950s, as Abbott's idol John Howard had wished - then there will be no climate change debate! And to think Abbott once used a Remington International typewriter as a journalist! (Yes, you guessed it, at News Ltd.) 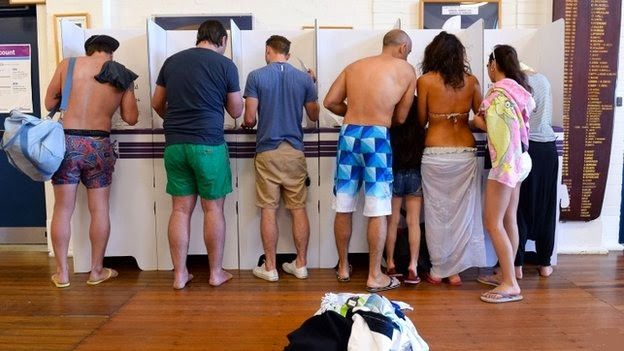 Climate change? What change of climate? Australians vote for Rupert Murdoch and his policies at the federal election. 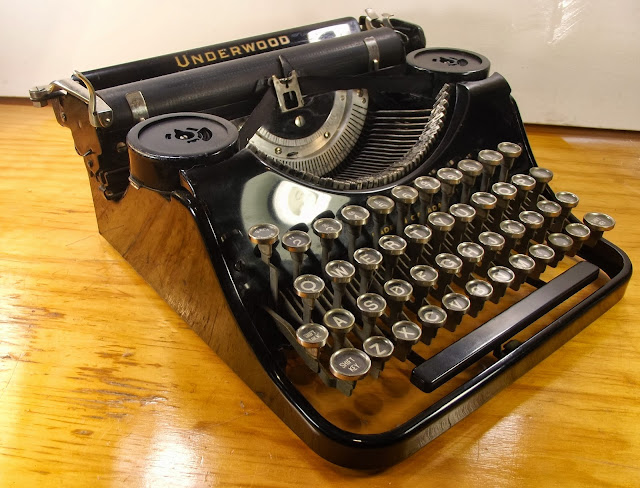 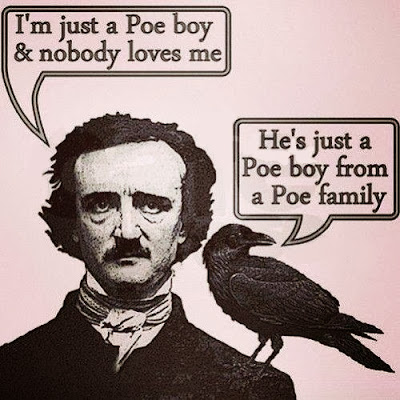 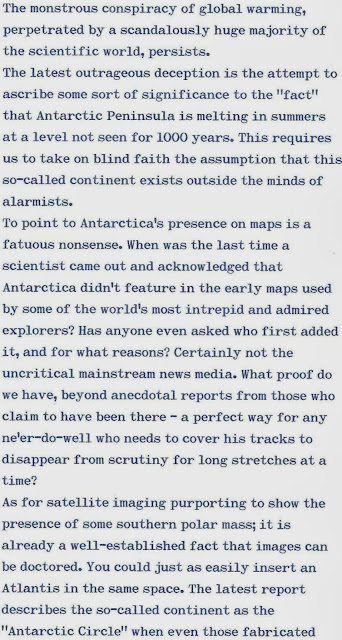 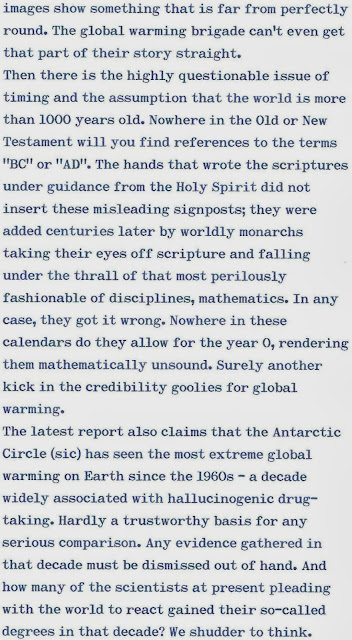 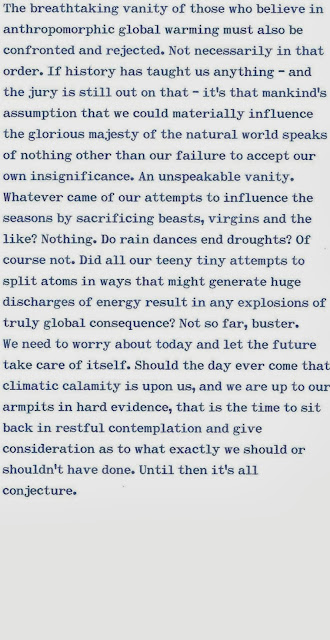 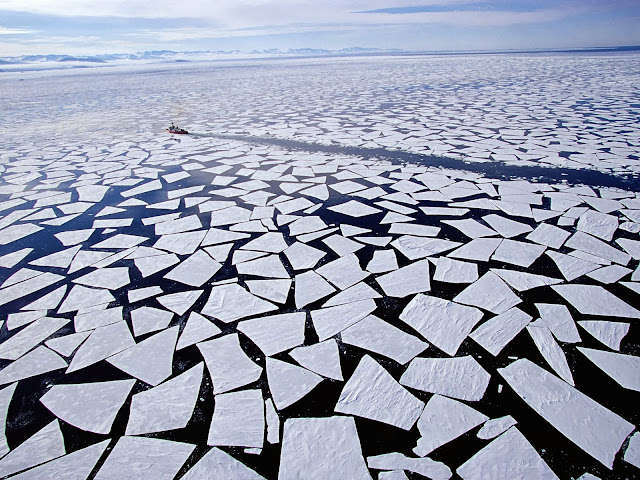 It's not there. Or at least it soon won't be. My icebreaker steams for McMurdo Sound.

Posted by Robert Messenger at 13:03

Well, that article was witty, and fascinating.

But while I laugh, I do feel that we've bought ourselves a jalopy PM in the last election. A PM that got in by flogging illegitimate reasons.

Re: Warmest Regards - Although the commenter Polymath was initially taken in, his point seems valid. The wackos with their heads in the sand could very well have authored it.