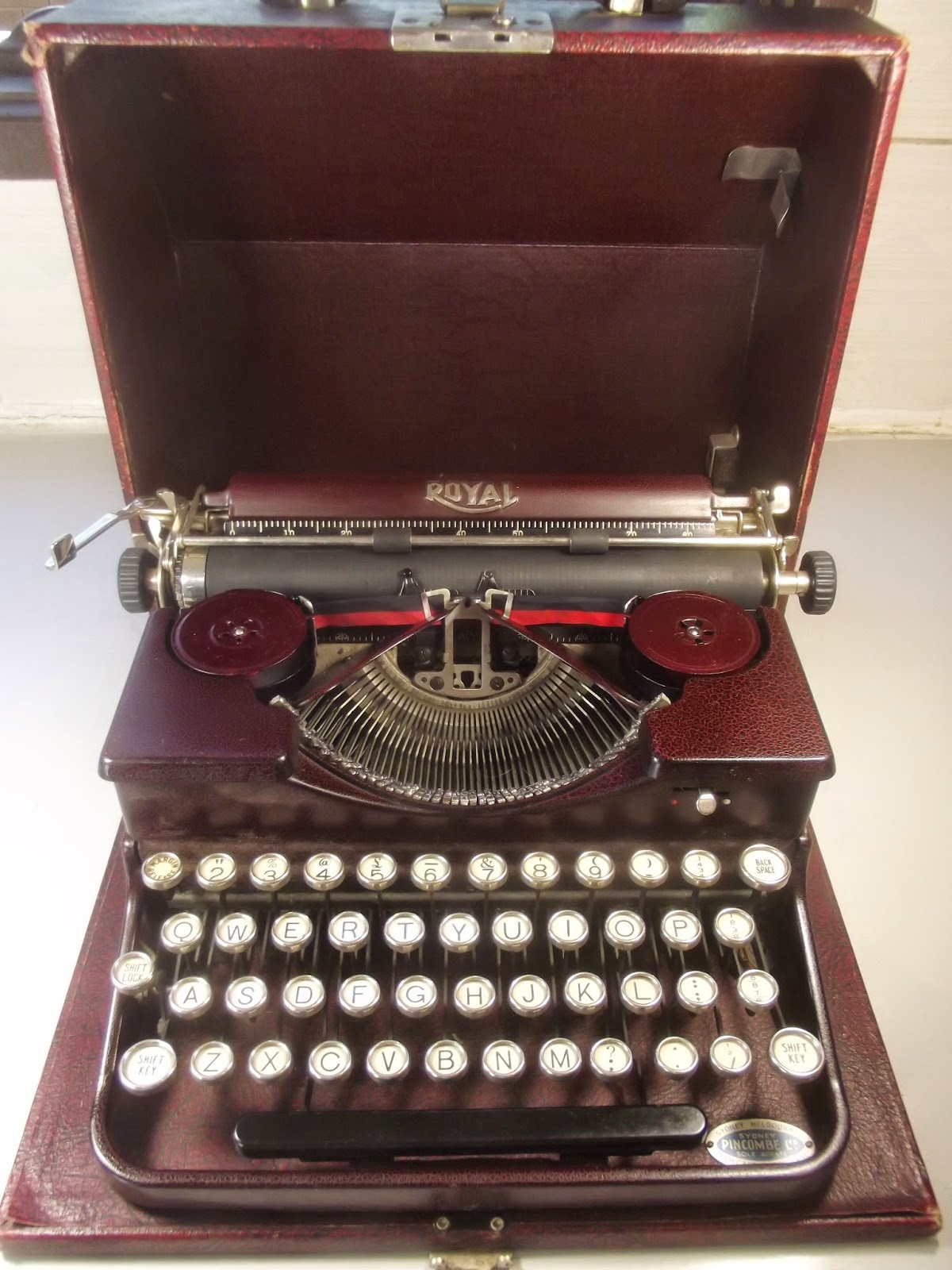 Where the keytops glisten and Typospherians listen
To hear carriage bells in the glow
- with apologies to Irving Berlin
It may not be quite as breathtaking as that snowflake in the Polish rain, Piotr's palid Pola, that Trumpiel triumph, his polished white Valentine.  And it's most certainly a very far cry from those heady days of yore, when I would "give one away and get two back". But it did come in the midst of some serious downsizing, and it was a gift. And as Christmas gifts go, it's one extremely special 1930 Royal Model P portable typewriter (serial number P186586). 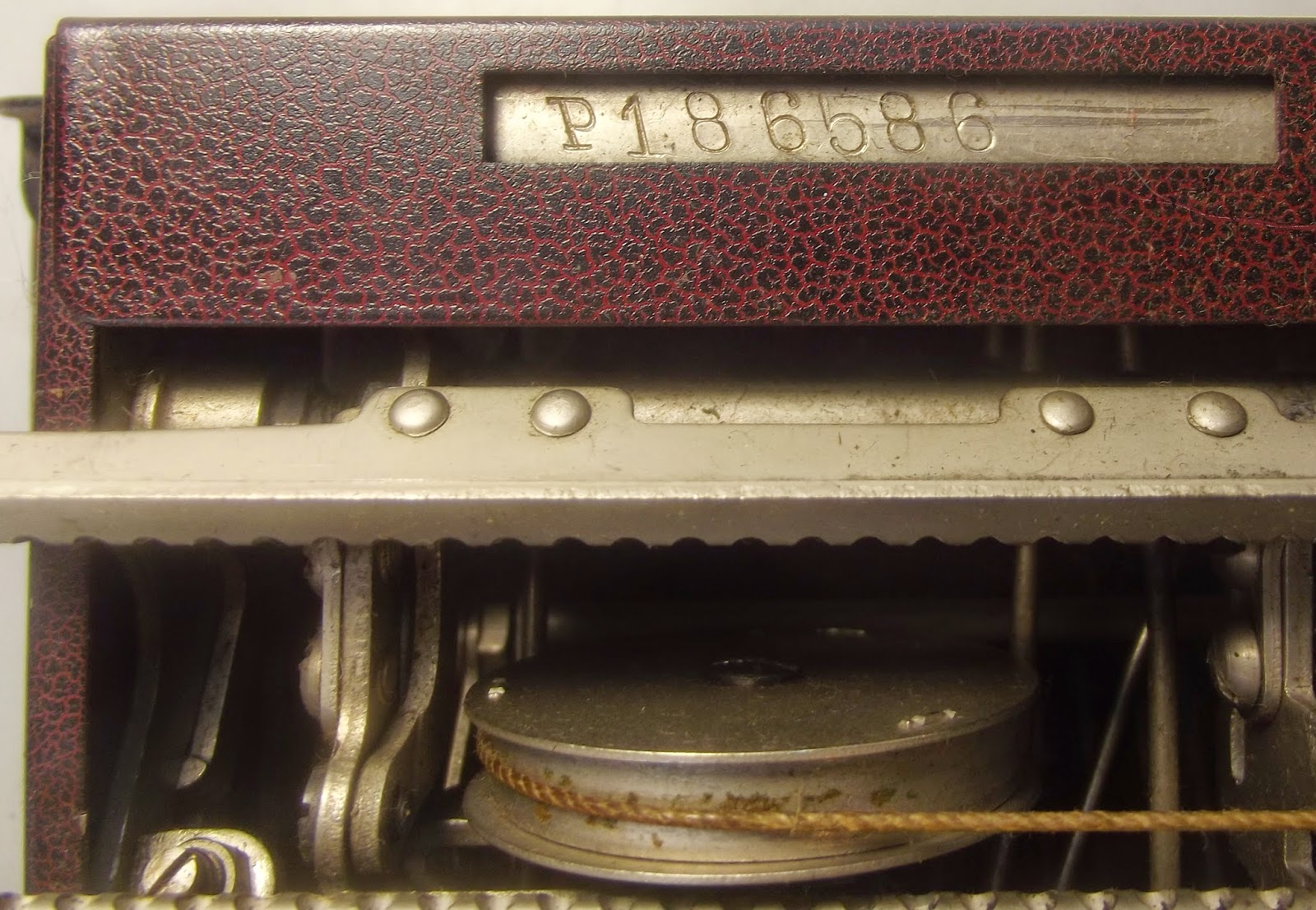 I actually received it a few days before Christmas, but after giving it a quick type test, and finding it typed just as beautifully as it looked, I put it to one side until the big day. I must confess, though, to having walked past it many times, and on each occasion to having been sorely tempted to give it a more thorough workout. But, like the nice kid eyeing off the gift wrapped boxes under the Christmas tree, I resisted. 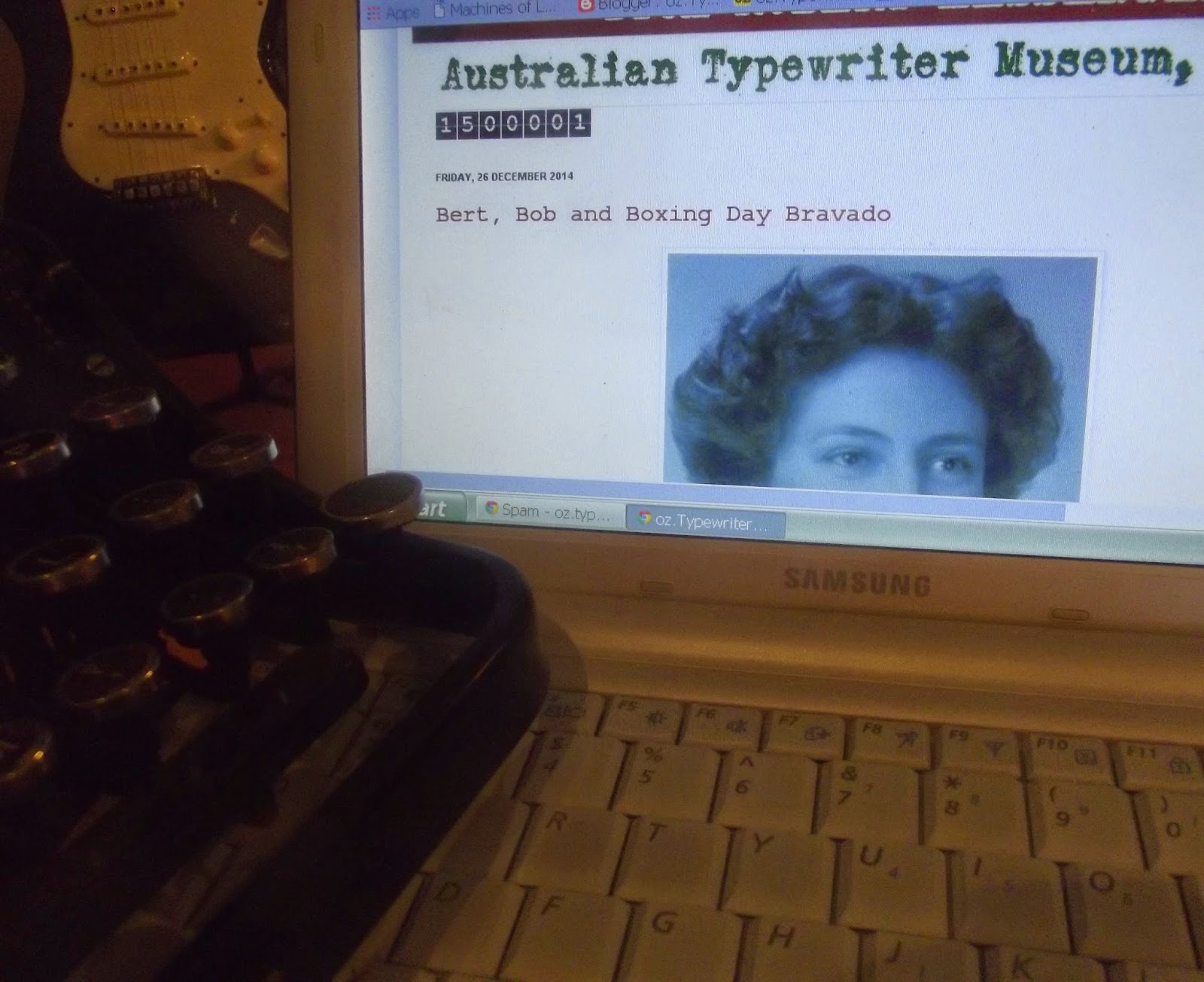 It turned out that yesterday, Boxing Day, was the big day. At a tick before 4 o'clock on a bright Friday afternoon, while I watched the cricket Test on TV, this blog clicked over 1.5 million page views. It crept up on me a bit suddenly, as I wasn't expecting the milestone for a few more days. ozTypewriter reached six figures on March 20 this year, so another half million clicks in nine months is indeed pleasing.
To celebrate, I opened the Royal's case and spent some time happily typing with this gorgeous machine. 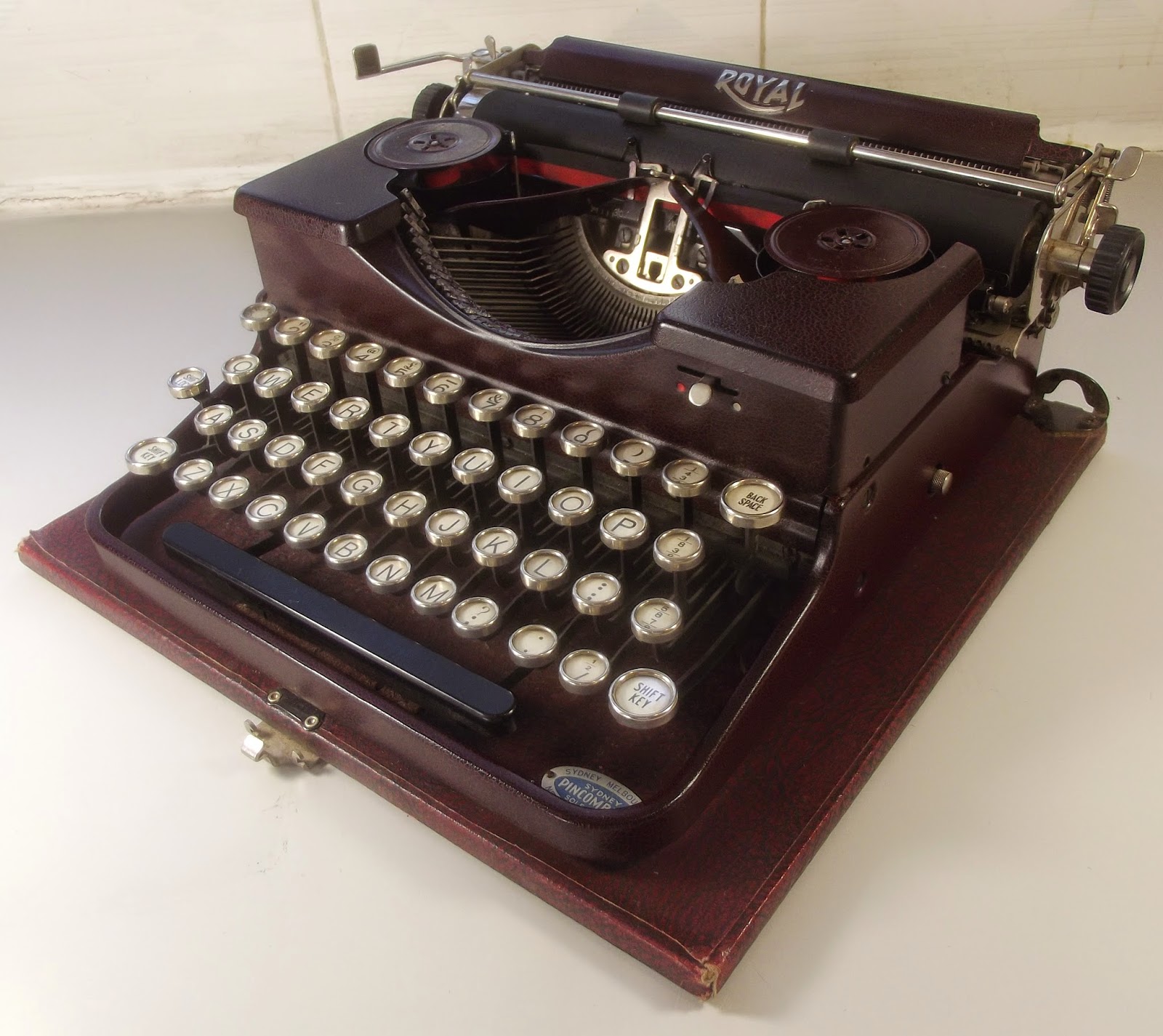 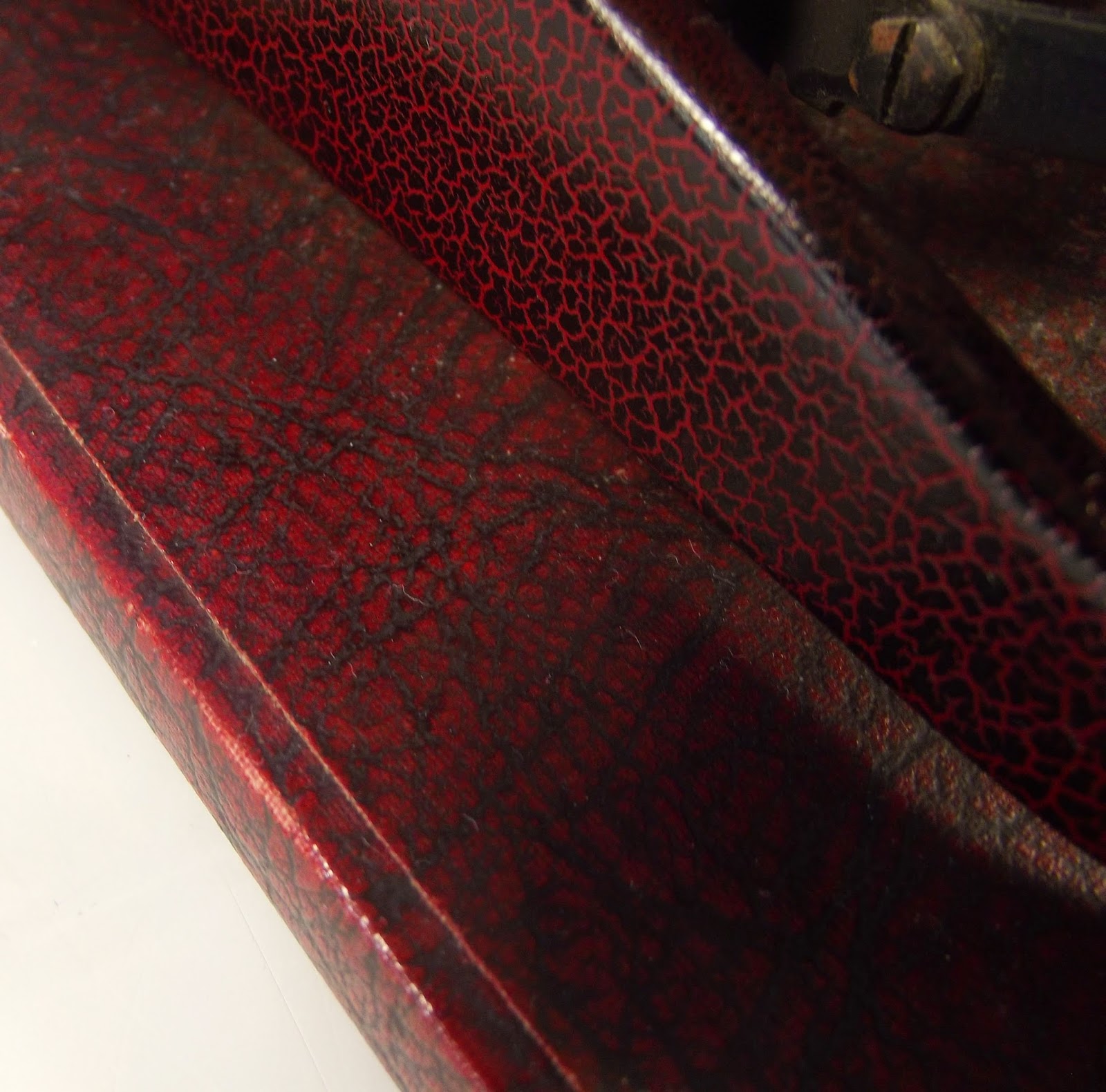 Croc skin, above, or snakeskin? You be the judge. 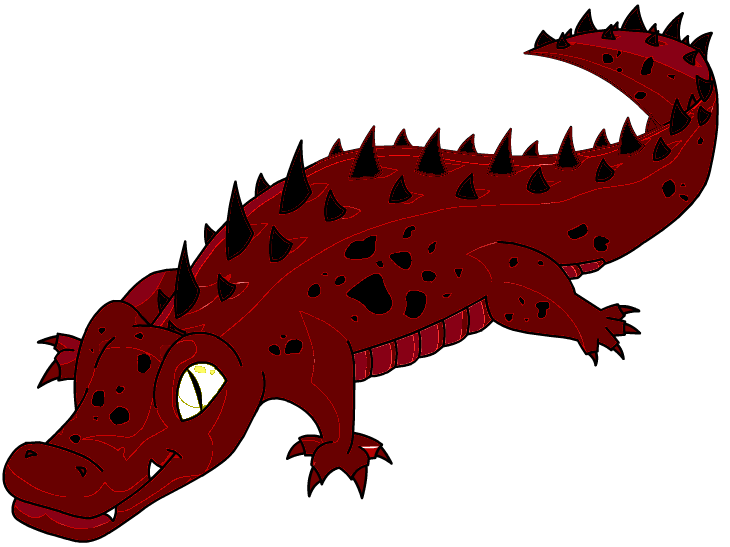 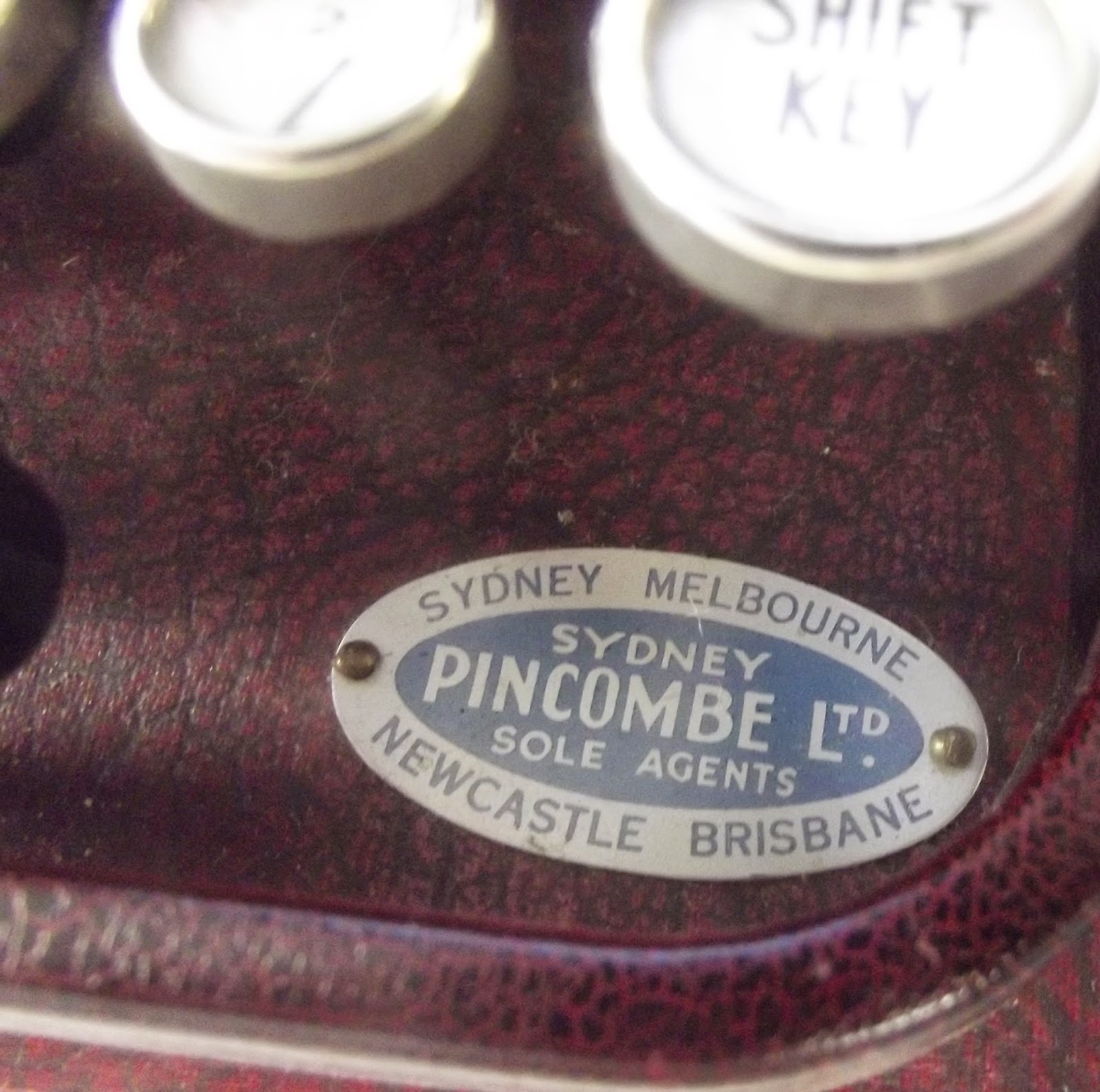 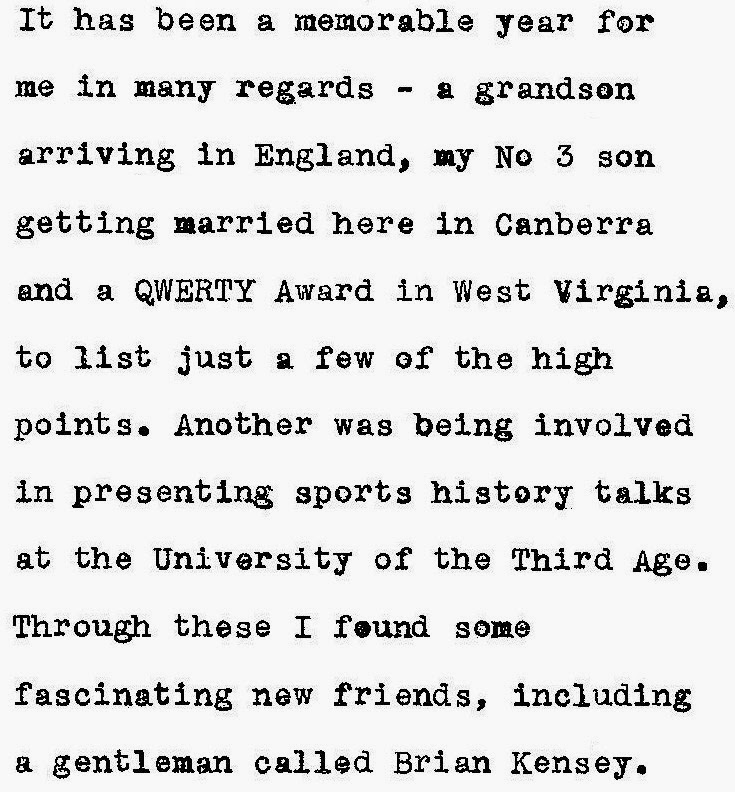 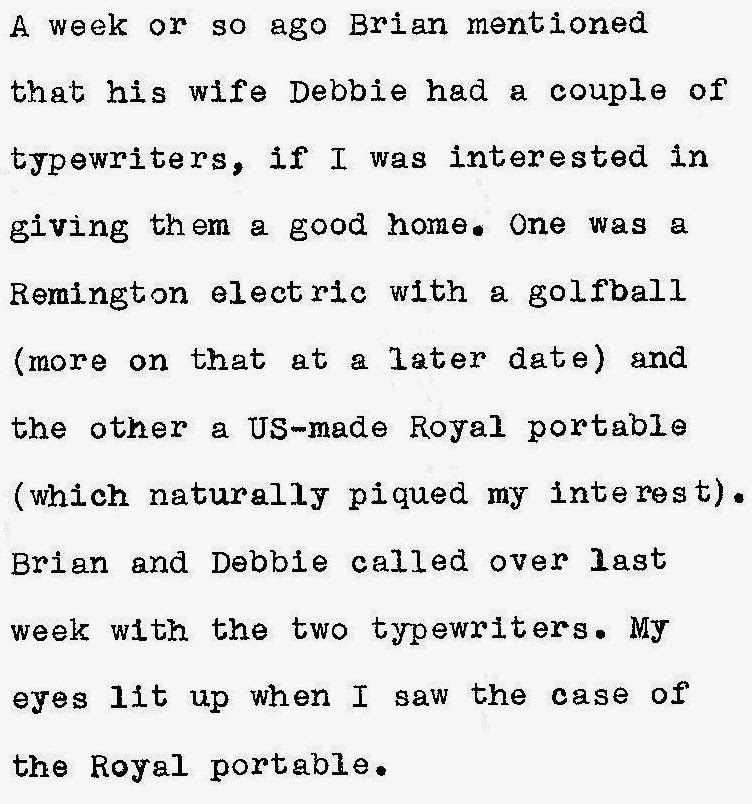 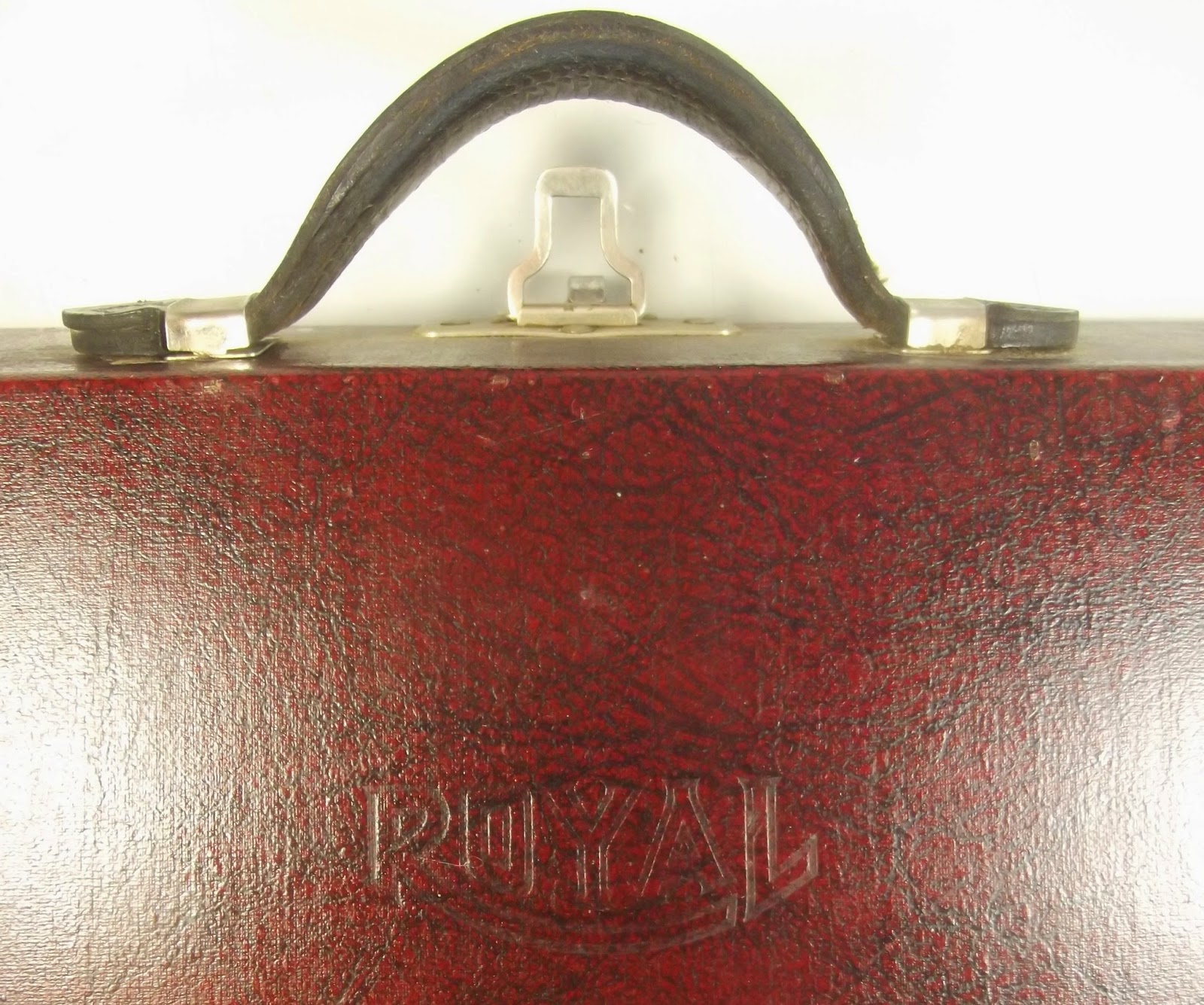 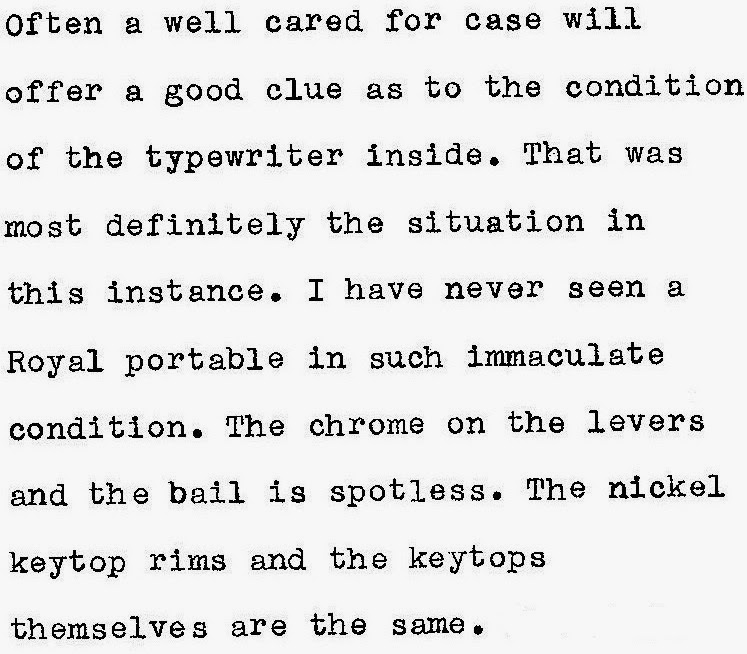 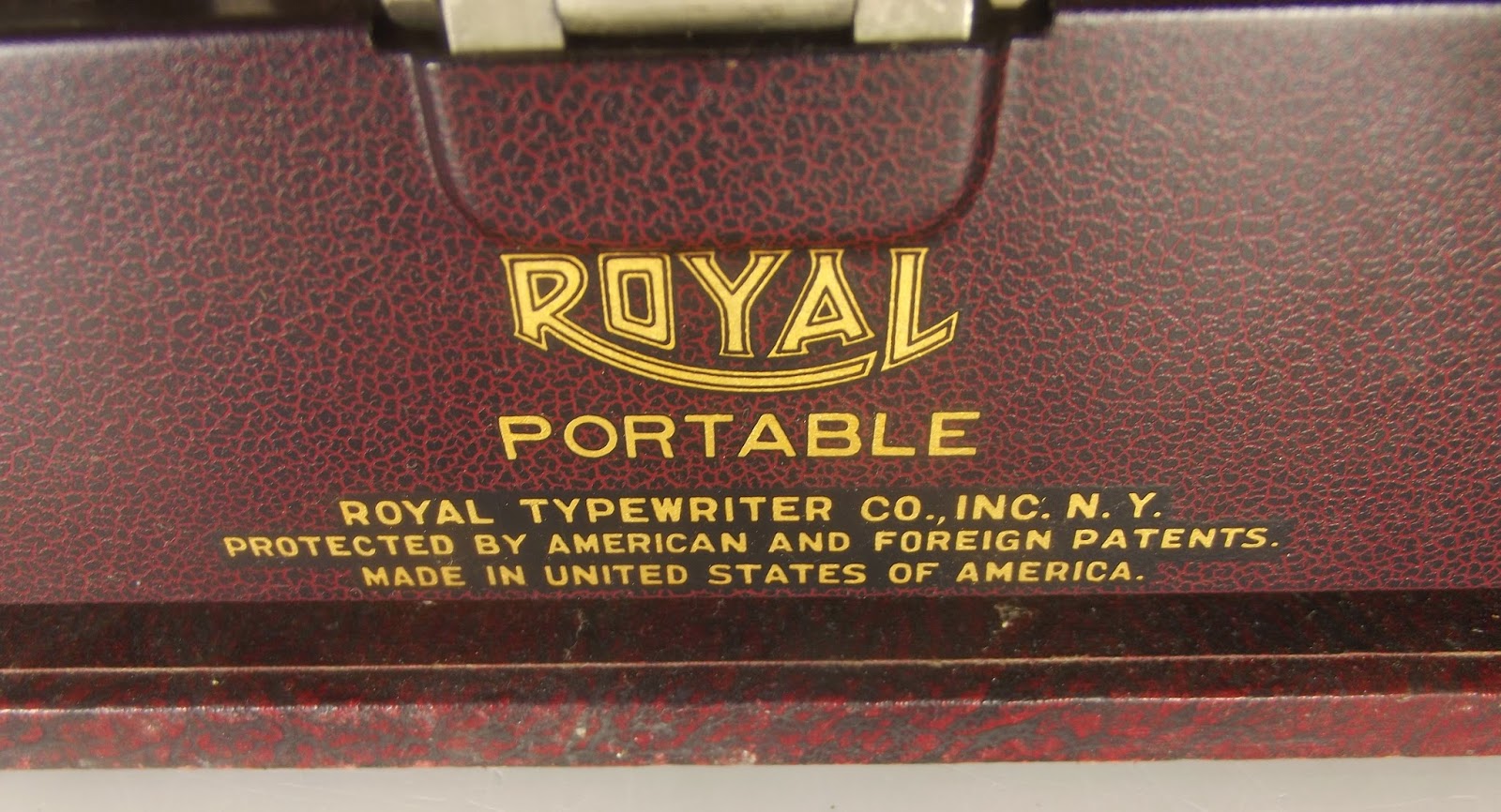 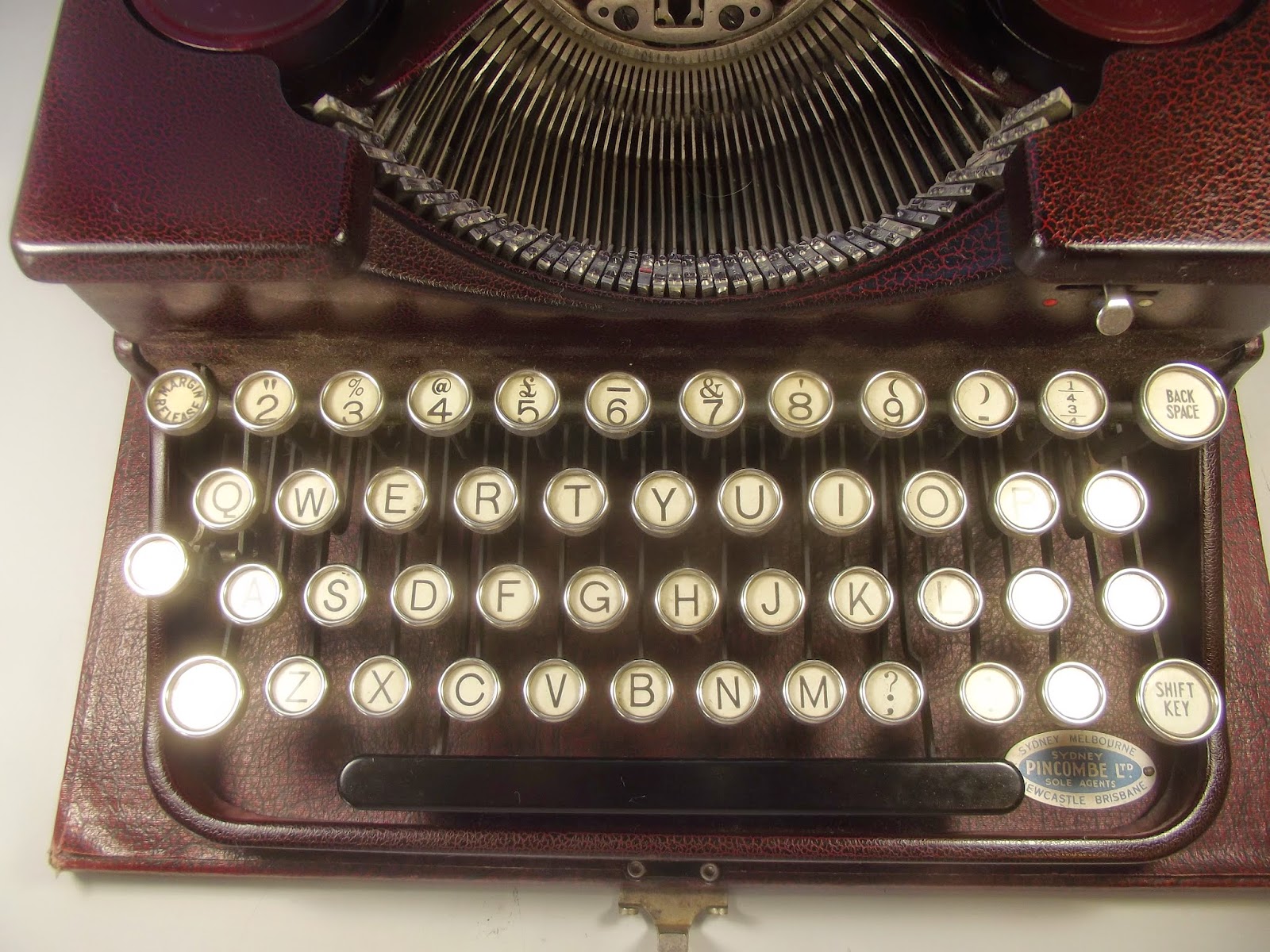 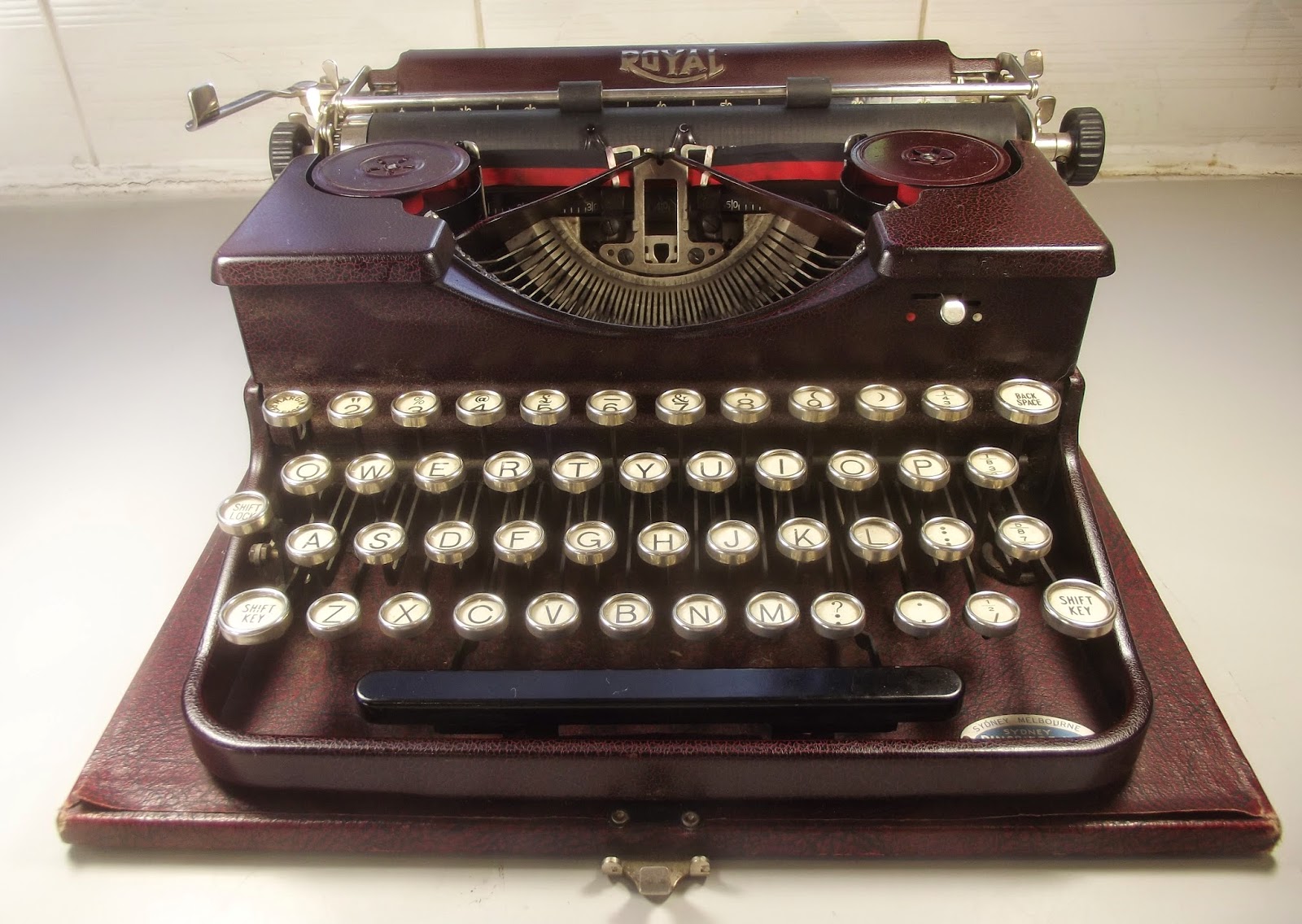 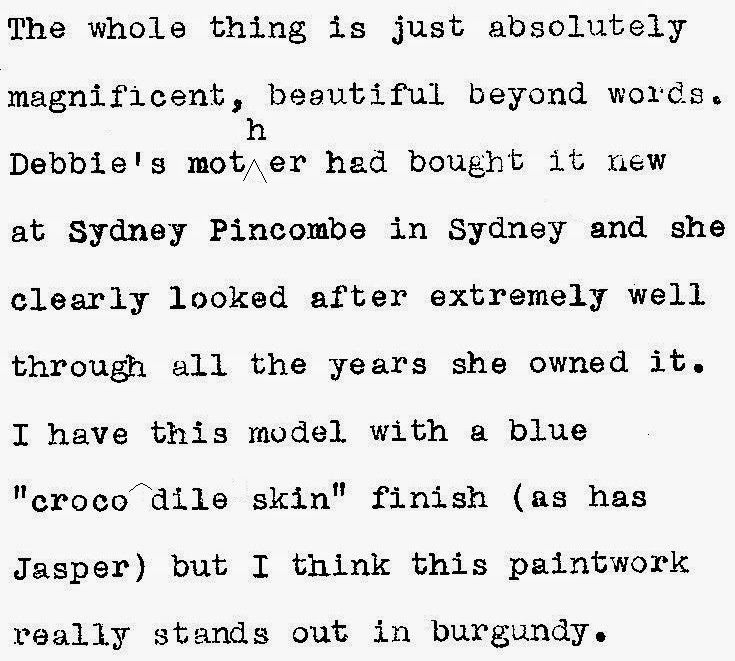 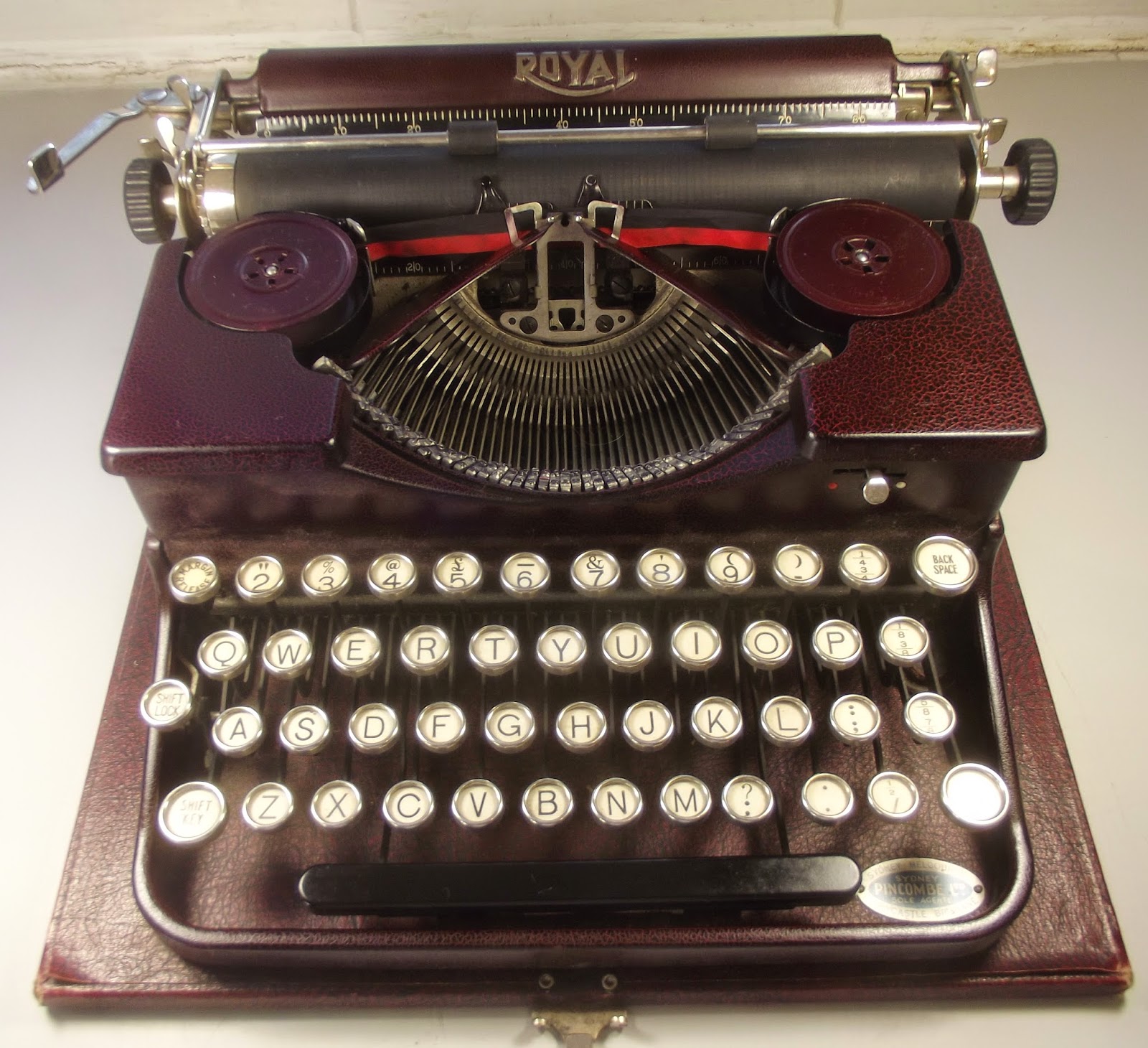 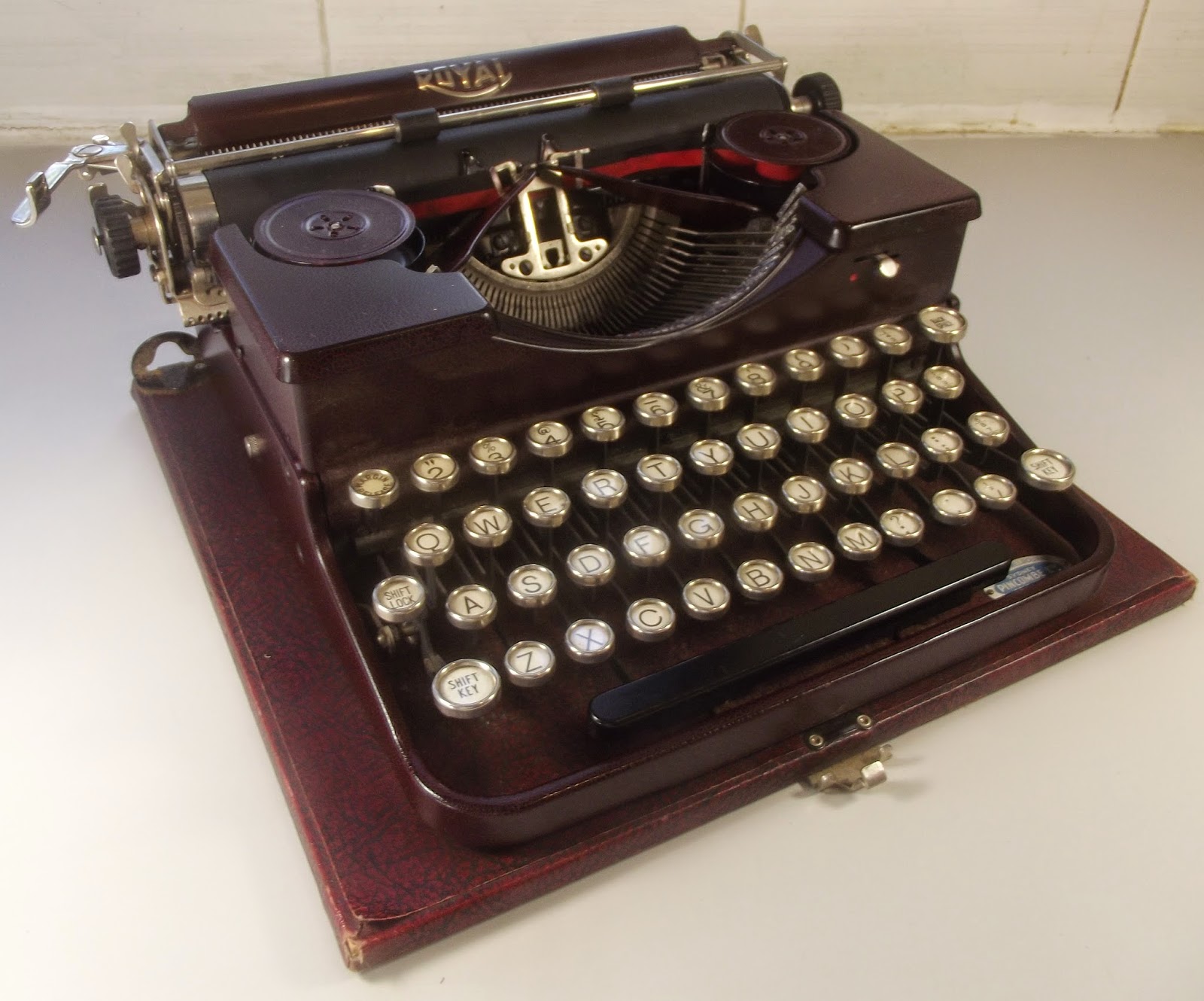 Posted by Robert Messenger at 09:34

Congrats on your blog's milestone. I agree, that Royal is outstanding.

Gorgeous! Both the typewriter and the case. A splendid gift.

A stunner! And to still get to be surprised like that, amazing!

Ah, it's so beautiful! A refreshing sight after seeing all of those faux woodgrain portables.

Congratulations on another half a million! That was quick!

What a gift! Congrats on that and the milestone!

Amazing typer, just beautiful. Congrats on the website stats too, it's certainly one of my faves! ~TH~

What will happen to your blog after 2014?

Thank you Joe, Richard, Spider, Disciple, Piotr, Georg, Steve and Tom.
Georg, not sure how to answer your question (s): I don't have any particular plans for this blog beyond 2014. Do you think it has run its course? Should I close it down? Is there something I don't know going on here? What makes you ask?

HOW COOL IS THE NEW HEADER!! LOOKING FORWARD TO YOUR FIRST 2015 INSTALLMENT.

Sorry for being so vague, Georg, that's the last thing I would have thought of. Thanks for pointing it out. It might have been halfway through 2016 before I realised!