An occasional potpourri of odd events relating to the typewriter. 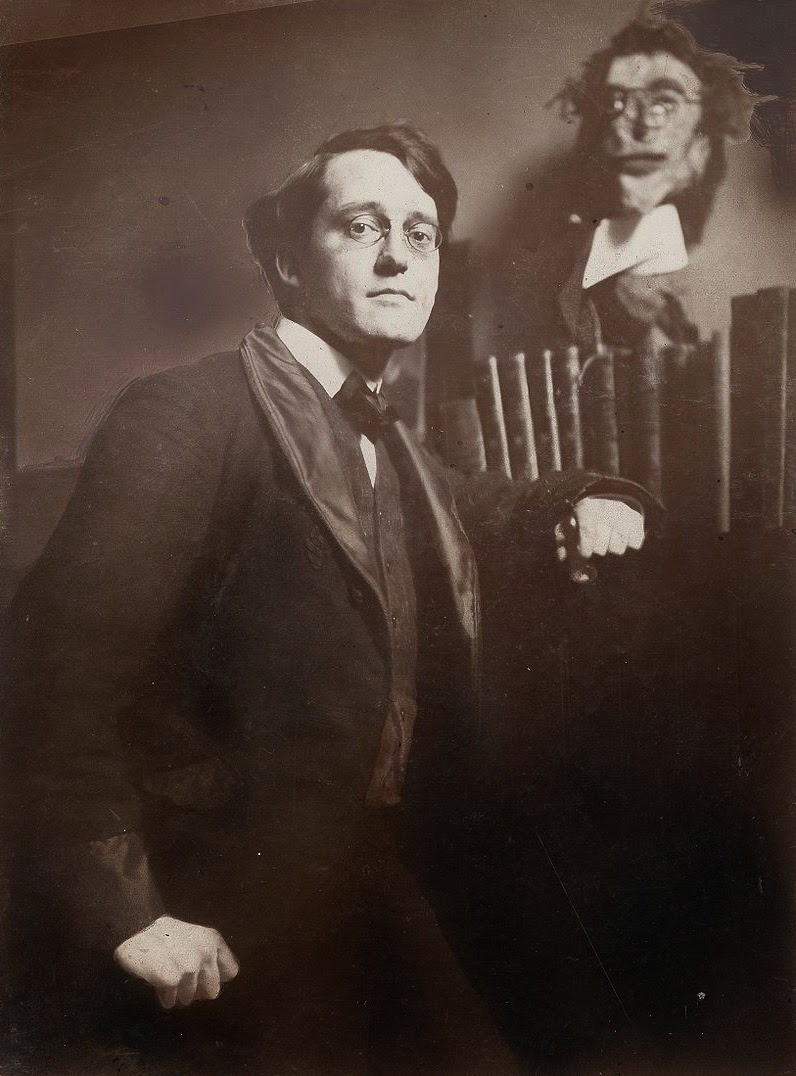 In 1903, John French Sloan (1871-1951), the famous American magazine illustrator, blamed typewriters for "the publication of late years of so many mediocre books".
The Philadelphia Record said Sloan's claim was "novel and plausible". However, Sloan's reasoning was exceedingly convoluted. He said that before the typewriter, handwritten manuscripts of 100,000-150,000 words were not read carefully by editors in advance of publication. Typescripts were easily read, and "here and there, points of merit were found", leading to a decision to publish. "Eighty per cent more manuscripts are now read and 60 per cent more are now published," said Sloan. 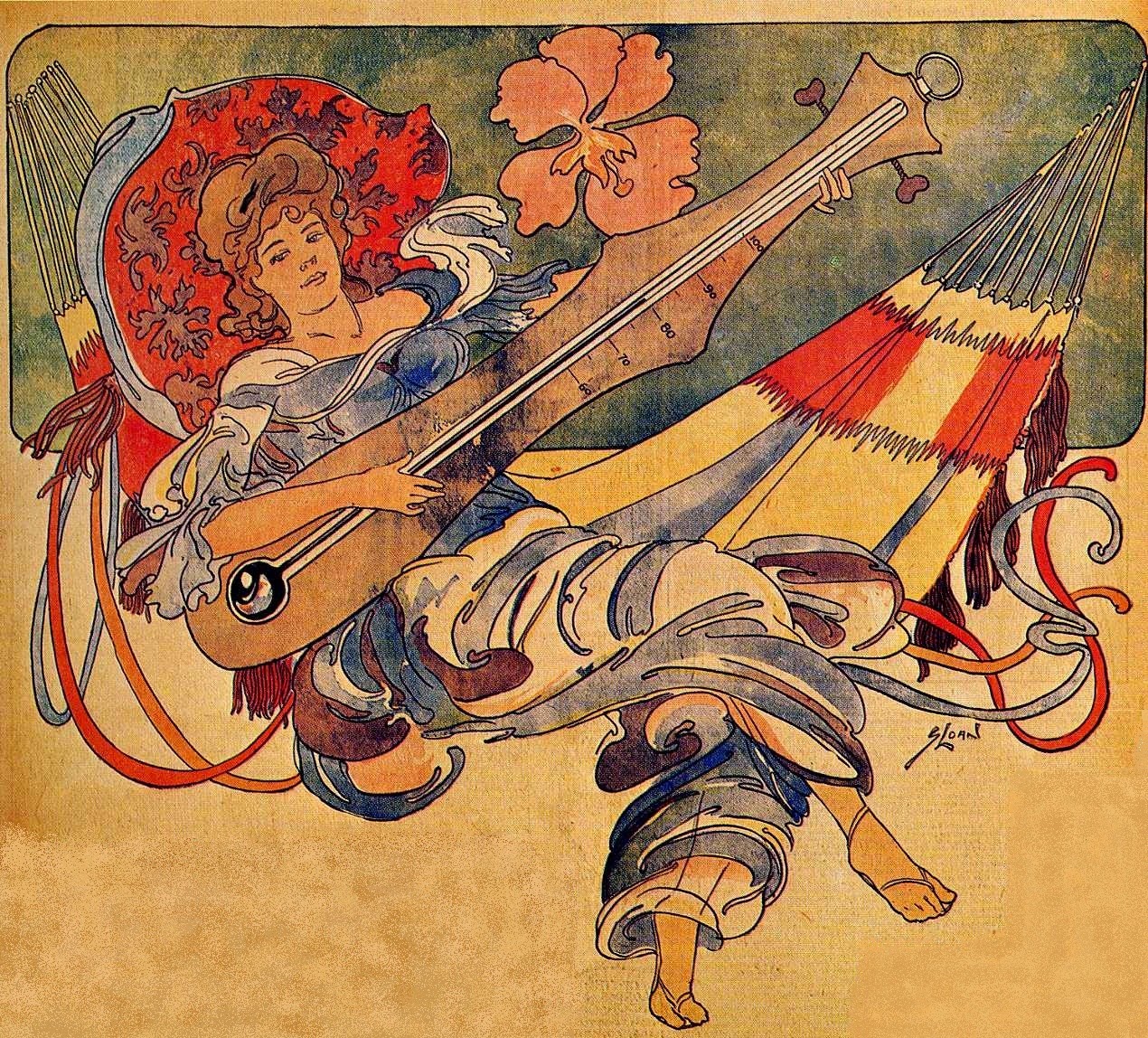 Sloan, a realist painter and etcher, was one of the founders of the Ashcan school of American art. He is best known for his urban genre scenes and ability to capture the essence of neighbourhood life in New York City, often observed through his Chelsea studio window. He "embraced the principles of Socialism and placed his artistic talents at the service of those beliefs." 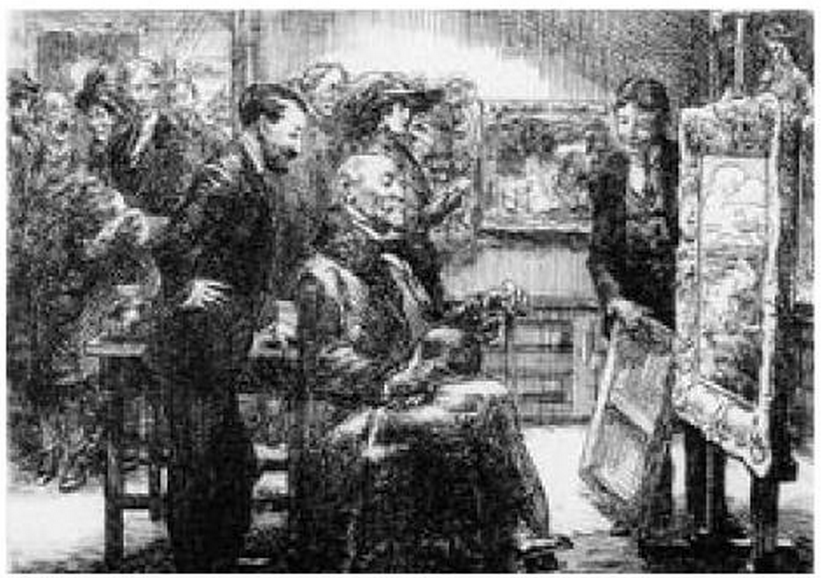 Interestingly, in 1908 Sloan drew this sketch, "The Picture Buyer", showing Remington typewriter company president, astute art collector and multi-millionaire Henry Harper Benedict inspecting a possible purchase.
Turks Ban Typewriters
In 1901, the Turkish Government announced its its customs department had decided to prohibit the entry of typewriters into the country. The decision was reached, it said, because there were "no characteristic about typewriting by which the authorship can be recognised - there is no distinct feature about it, as with handwriting, by which the person who used the machine can be traced". The Turks said they believed "anyone would be able to type seditious writings without fear of comprising himself".
The decision followed the arrival in Turkey of a consignment of 200 typewriters. The US embassy was trying to convince the authorities to "take a more reasonable attitude". Turkish customs were also preventing "hectographic paste and fluid" entering the country. The hectograph, or gelatin duplicator, was a printing process which involved the transfer of an original, prepared with special inks, to a pan or pad of gelatin. The hectograph was invented in Russia in 1869 by Mikhail Ivanovich Alisov.
Prism for Blind Typewriters 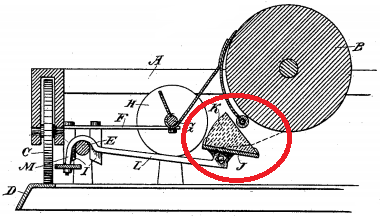 In 1888, a San Franciscan, Henry Otis Hooper (1823-94), patented a refracting-prism device to enable users of "blind typewriters" (Sholes & Glidden, Remington and Caligraph) to read what they were typing as they typed, without having to stop and lift the carriage. Although he was three years dead, Hooper got some publicity for his invention across the US in 1897 (New York Tribune, Sacramento Daily Union) and it continued to be publicised as late as 1905, 12 years after Franz Xaver Wagner had perfected "visible" typing.
Typewriters 'Instruments of War'?
In 1917, at the height of World War I, the British Government's Solicitor-General tried to have 82 cases of US typewriters, intercepted on their way to Gothenburg in a Swedish ship, to be confiscated and condemned as "absolute contraband". The Solicitor-General said typewriters were "instruments of war". To support this view, he pointed out 4000 typewriters had been supplied to the British Army in France and that "no modern camp can be complete without typewrites". The court president responded, "What did Napoleon and Wellington do without typewriters?"

Posted by Robert Messenger at 10:15

These days I think the Turks are trying to ban the Internet!