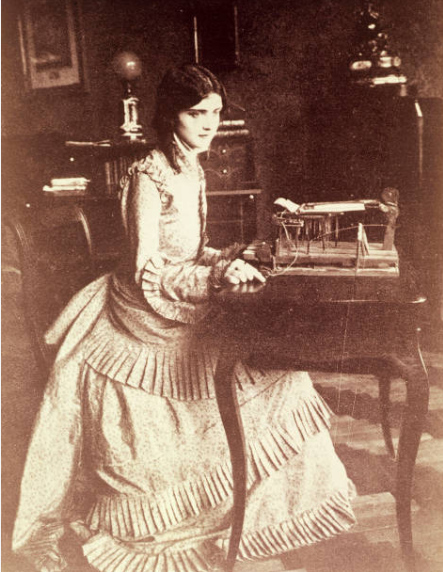 A young woman at a Ravizza cembalo scrivano prototype in 1860. 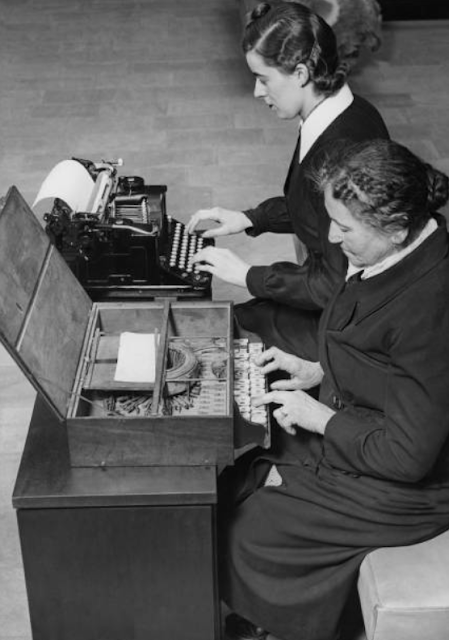 Two woman try the 1846 Ravizza cembalo scrivano and an Olivetti M1 at the Museum of Novara, Ravizza's home town..

One of the earliest writing machines was Giuseppe Ravizza’s 1846 “cembalo scrivano” (literally “cymbal scribe”, or scribe harpsichord). Ravizza was born in Novara in the Piedmont region in north-west Italy on March 10, 1811. He was by profession a lawyer, but seems to have spent much of his time trying to perfect his invention. Ravizza began working on his design in 1832, and was advised by Pietro Conti of Cilavegna in Lombardy, who had built his innovative typebar “Tachigrafo” in 1823. The “cembalo scrivano” would become a vain obsession for Ravizza for half a century. In 1837 Ravizza produced his first prototype and had the version seen here complete by 1846. His patents were granted in Turin on September 1 and 14, 1855. The problem of blind writing was overcome in 1868, 15 models later. The ninth model was presented to the commission for the Industrial Exhibition of Novara in 1856. At the 1857 Industrial Exhibition of Turin three different examples were presented. In 1881 Ravizza made a 16th model, which got an “honorable mention” at the Milan Exposition. There are mentions of Ravizza exhibiting in London in the early to mid-1860s, but they are untrue; it was Umbrian wine that was exhibited by the Ravizzas at the 1862 London Exhibition (the only one held in the 1860s), not a Piedmont typewriter. 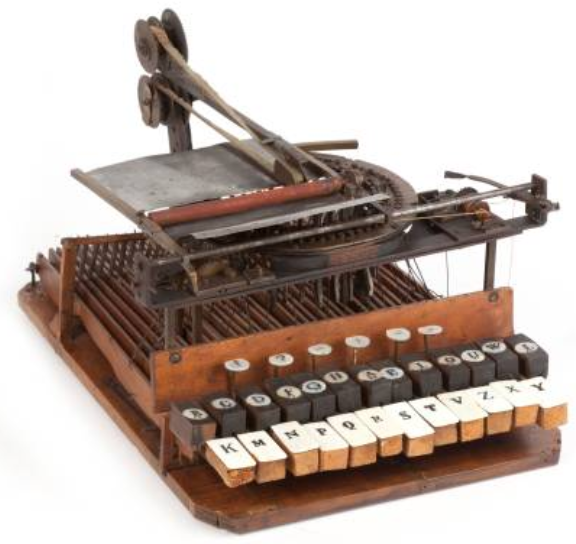 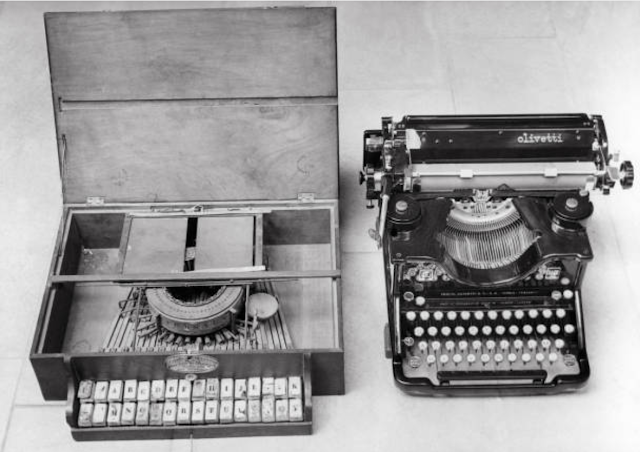 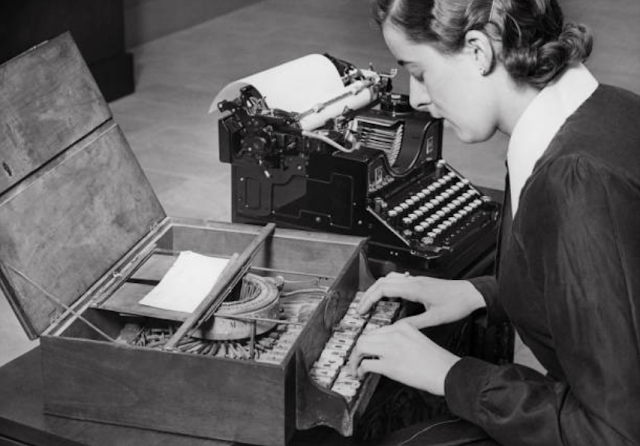 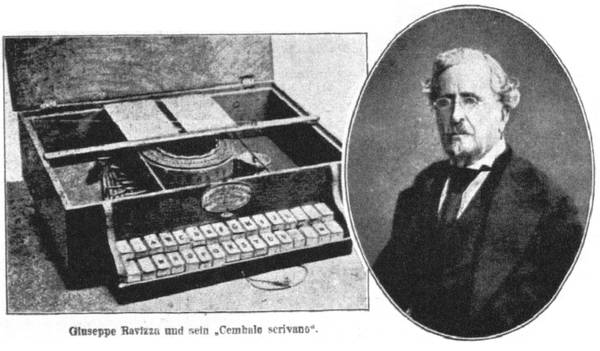 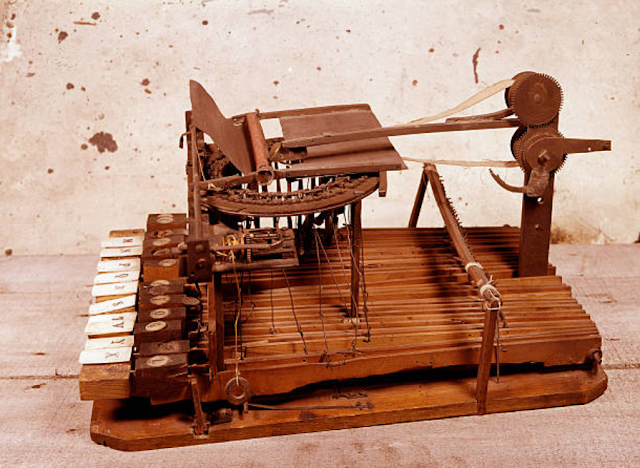 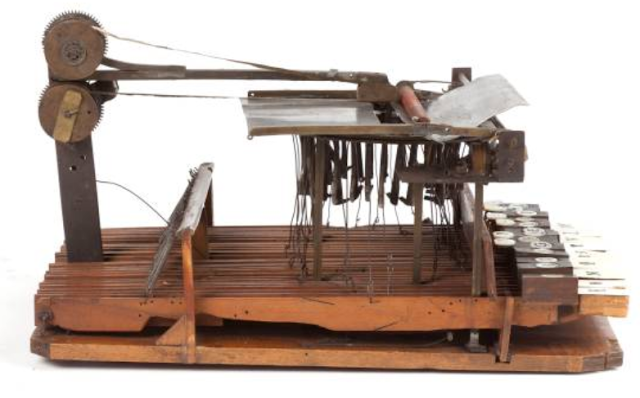 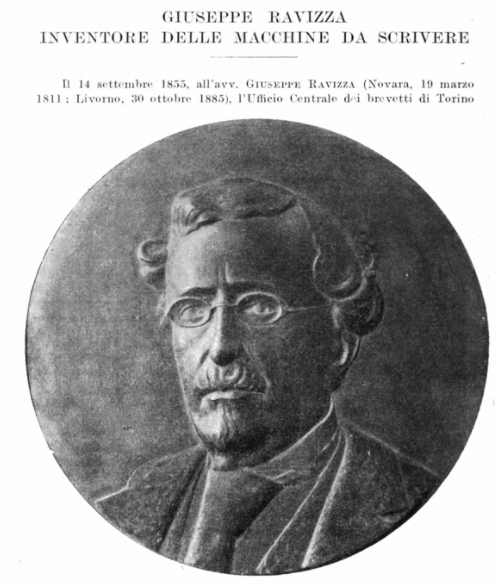 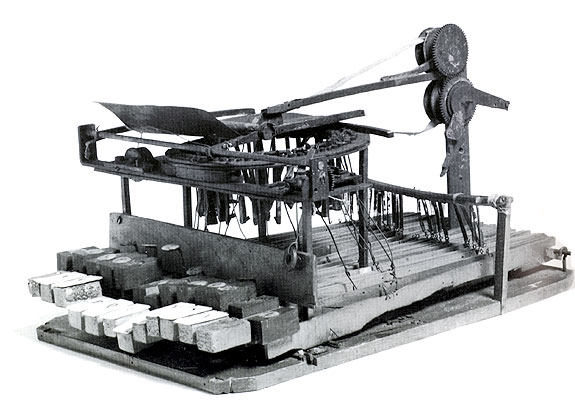 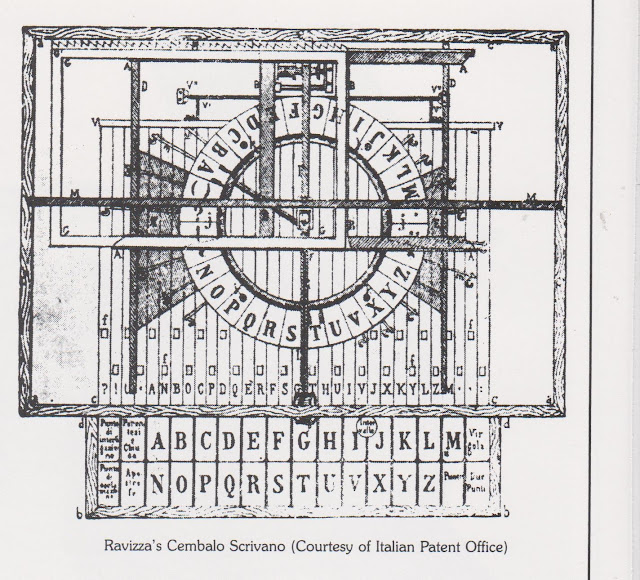 Below, a US newspaper scoffs in September 1877:

There are also many claims, in the Italian language, that Latham Sholes saw the Ravizza machine before inventing his typewriter. These are just absolute nonsense. Sholes never travelled overseas (a point usually overlooked when historians talk about similarities between designs on different continents). That both the Ravizza and Sholes machines have circular typebaskets is mere coincidence (Ravizza had actually copied this from Conti, and his configuration is alphabetical). One of the more fanciful Italian language stories has Sholes finding a benefactor in a wealthy shipowner! Ravizza died in Livorno, a port city on the Ligurian Sea on the western coast of Tuscany on October 30, 1885, aged 74. By then, this was being said about a machine which had been independently developed in the United States and had gone into production:

Posted by Robert Messenger at 17:56

Interesting early typewriter. The workings of the keys and levers remind me of some of the workings inside old pipe organs. I really like the piece on copying the telegraph sounder with a typewriter. Some good advice I've not yet learned when I copy Morse Code with a typewriter.
Thanks for the post Robert. I not only learned something new about typewriters, but also my radio hobby.

Ravizza's efforts are really impressive, and with the support of some enlightened capitalist he could have been the Sholes of Europe. But he wasn't, and of course the claim that Sholes copied him (or, even more absurdly, Mitterhofer) is unjustified. Adler does a good job of puncturing all these national myths about "THE inventor of THE typewriter" (including Sholes) in THE WRITING MACHINE.