OR IS IT THE ROYAL ADLER?

Royal manual portable typewriters appeared in many guises over a period of almost 60 years. Beyond the US, they were made in Holland and by both Silver-Seiko and Nakajima in Japan, and I have even seen a Chinese-made machine referred to as an Olivetti Royal. But I must confess this one (an Express 12), sold on Australian eBay tonight, was new to me: 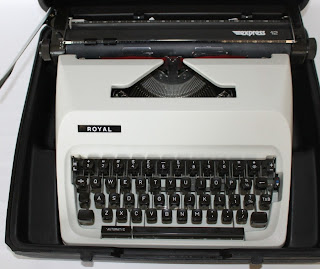 This is the Adler Gabriele 25: 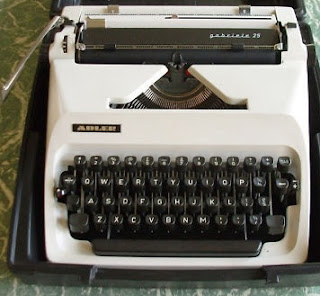 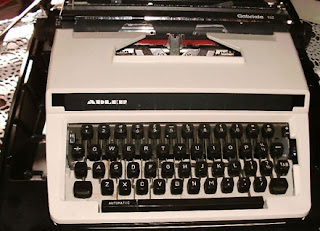 So a bit of mixing 'n' matching ...
Richard Amery pointed out there is also an identical Triumph - surprise, surprise! Here it is (with Hebrew keyboard): 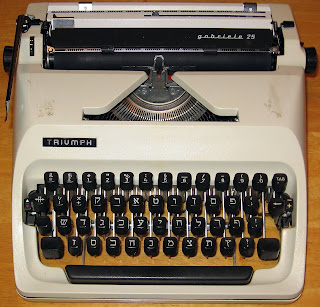 Here is the back of the Royal, which says "Made in Japan for T-A organisation" - T-A as in Triumph-Adler: 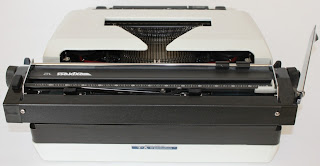 Now, speaking of TA Royals, here is another new one of me, a  Contessa 2. I wonder where I've seen that model name Contessa before? 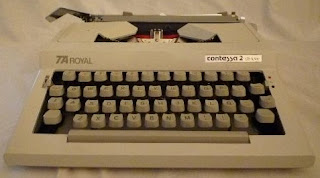 Posted by Robert Messenger at 23:08

Hi!
Can you help me with a short description of the special keys from the keyboard of the ADLER GABRIELE 12 typewriter ? I don't know what I did to my typewriter's keyboard but it writes the small letters on a different line then capital letters just like this:
hhhhh hhhhh
HHHHHHH, or HHHHH even though I'm not going to a new row to type, i.e it's like writing 2 at the third power.
Can you drop me a line at nuculetul@yahoo.com, please?

Hi,
im having the same problem were you able to help . . . if so is there a solution to remady this problem. . .

Hi, were you able to help . . . if so is there a solution to remedy this problem?