At first the word "typewriter" had two meanings - the machine as well as the user. The word "typist" had not yet entered the lexicon. In the case of female typists, this confusion led to the Victorian-era equivalent of ribald jokes. Typewriter salesman: "I thought you already had a typewriter?" Businessman: "Yes, but I married her." Women and typewriters become the subject of postcards and cartoons:

Monarch used its own play on words:

In advertising, however, there always seemed a need to reflect the feminine touch - especially, as in the case of Blick's "Five-Pound Secretary", to empathise the lightness of portable typewriters. 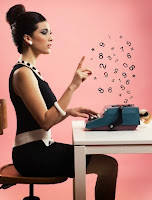 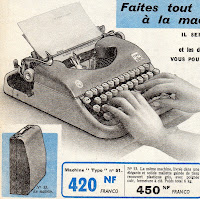 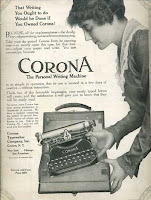 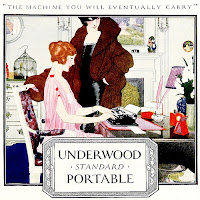 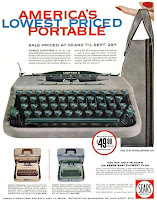 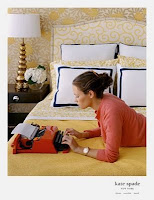 Posted by Robert Messenger at 08:41