There was, as might be expected, a touch of sexism here and there, and in even in some cases some rather nasty connotations: 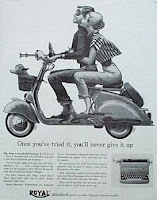 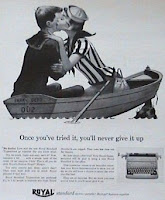 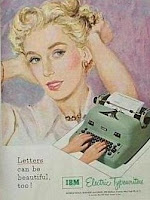 Generally speaking, though, untainted beauty was the theme, especially in advertising by Remington and Underwood, as well as Royal and Adler (and, as with the advertising of Bar-Lock and Map, for example, womanhood was idealised): 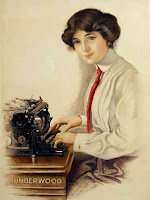 And then, of course, there's Miss Piggy! 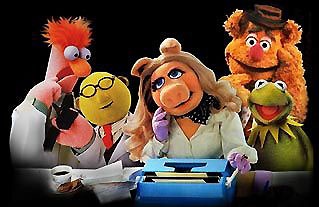 As well as some cheesecake: 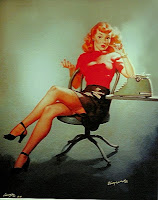 Posted by Robert Messenger at 11:44