Is a Remington Boxy assembled in Sydney a Soxy? It sure is Sexy! 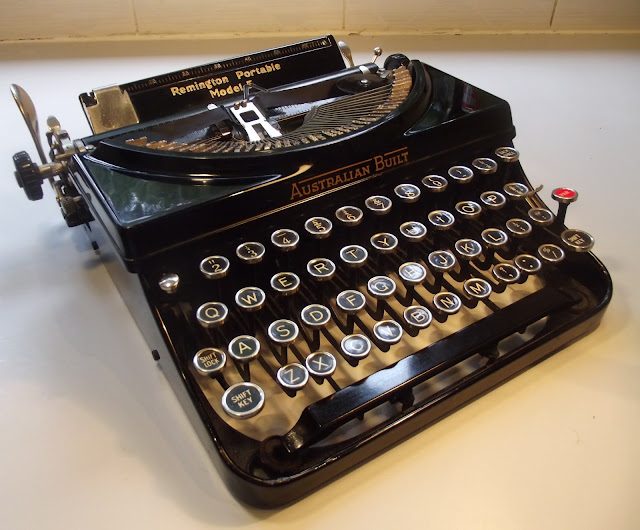 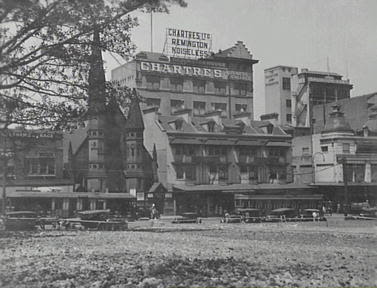 That's why Chartres put a decal on the front claiming it is "Australian Built". 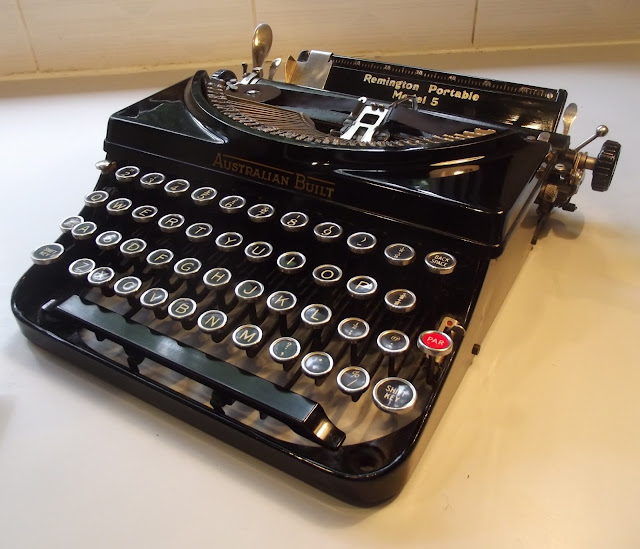 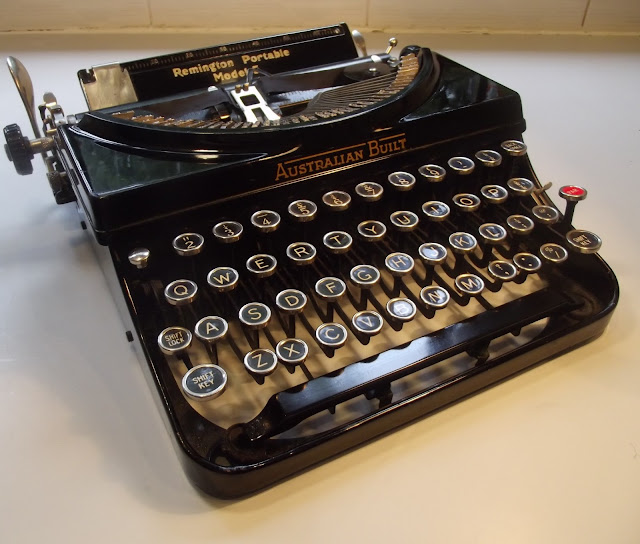 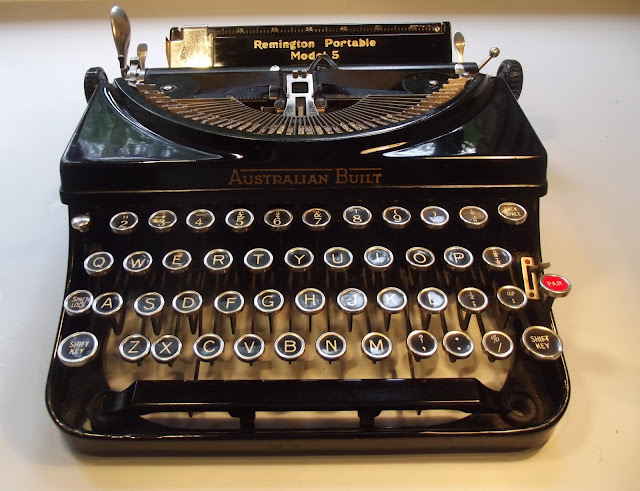 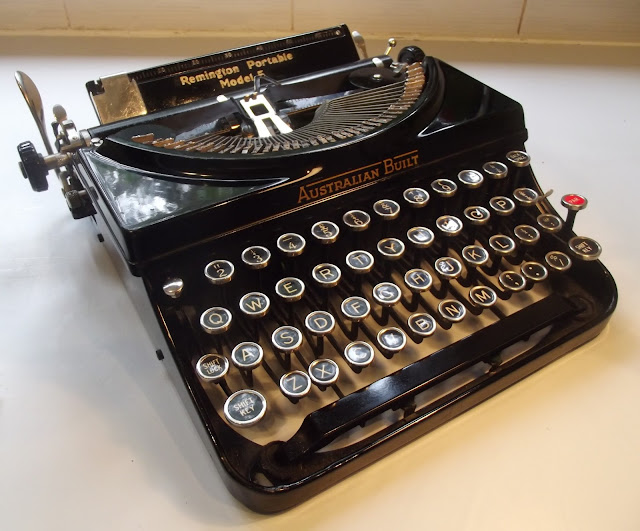 One of the six brothers who were directors of Chartres, Francis Allan Chartres, died aged just 45, in Toorak, Melbourne, on May 17, 1936, the year before this typewriter was assembled in Sydney. He was born in Greater London, England, in June 1890.

Francis's eldest brother, Frederick Aylwin Chartres (born in Walworth, England, May 1870), founded the Chartres company in Melbourne in 1894. He arrived in this country in 1885, aged 15 and almost penniless.
He became the first holder of a shorthand writer's licence from the Supreme Court of Victoria and practised law reporting in Melbourne for some years. Then, with two of his brothers, Albert Walter Chartres (1875-1939) and Alfred Ernest Chartres (1877-1953), Frederick formed Chartres Ltd and established a Sydney branch the following year. Chartres took over Zercho's Business Colleges in 1909.  By also acquiring office suppliers Stott & Hoare, it gained the Australian franchise for Remington and came to completely dominate Australian typewriter trade.

Frederick and his five brothers, Francis, Sydney Lawrence Chartres (1885-1955) and Alfred, all of Melbourne, and Albert and Arthur Harold Chartres (1883-), of Sydney (where Frederick also resided), were running the company when the deal was struck to beat Australian import tariffs and assemble typewriters from Remington's US-made parts in Sydney. 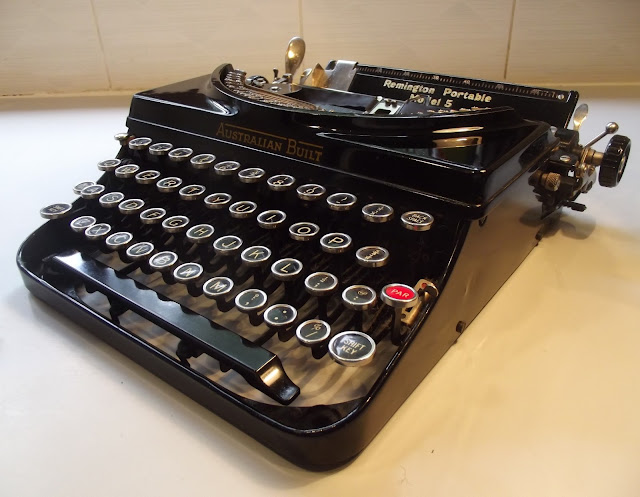 With the death of Alfred in 1953, Frederick, while in London, on July 21, 1954, and Sydney in 1955, the Chartres company went into a sharp decline. Arthur continued to live in Sydney into the early 60s, by which time the company was known as Remington Rand-Chartres. It is now part of Pitney Bowes. 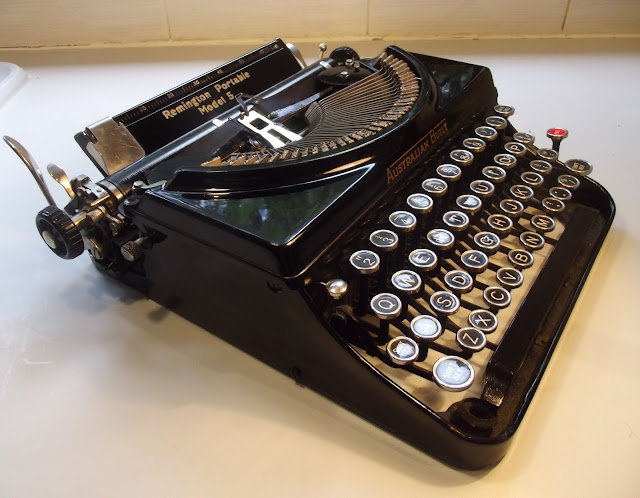 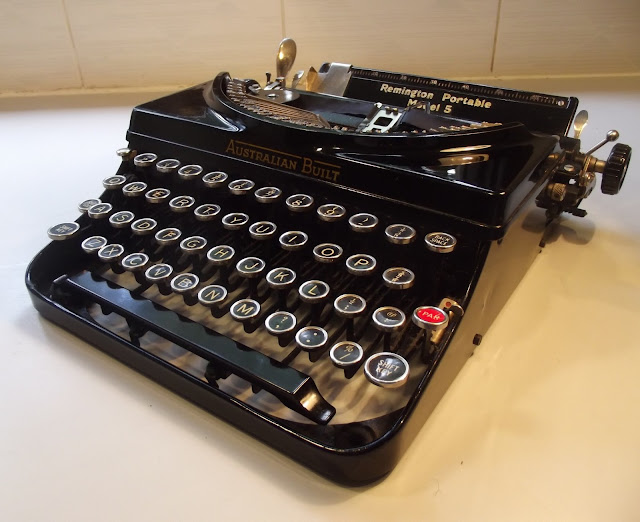 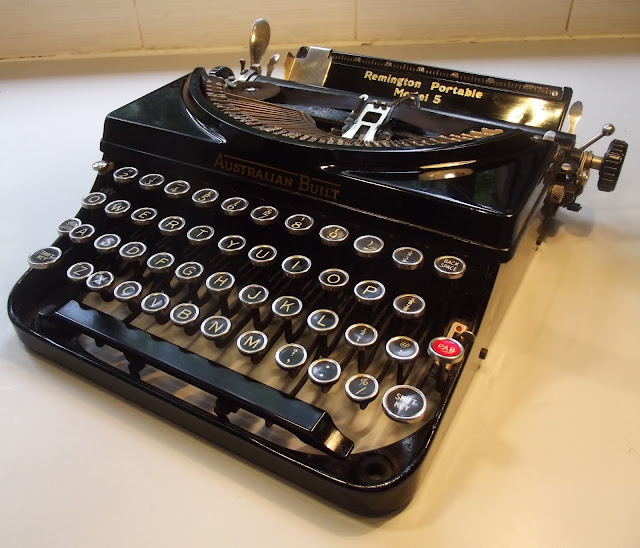 Posted by Robert Messenger at 14:12

Interesting, I worked for Geoff Chartres in the 70's and before that I worked in the South Malbourne branch of Remington Rand Chartres. Geoff was a real arrogant piece of work, he was incredibly clumsy, flat out tying up his shoes laces but had the most fantastic ability of adding up rows of figures, quicker than a adding machine.
Remington wre so big when I joined them that a CEO of another company told me that they could lose an account a day and not notice it for years..

Do you think the "Australian Built" decal misled some consumers? The British were more scrupulous about the labeling of their Remingtons, which were marked "Assembled in UK from parts manufactured in USA," or something like that.

Thank you McTaggart, Bill and Richard. I think that, as McTaggart's comment might indicate, the Chartres family were tough, ruthless business people. They were forever advancing money and items to people then pursuing them through the courts, making their lives hell.
So yes, I do think "Australian built" was deliberately so worded to misled consumers. Britain's "confession" was wordy and as such couldn't be missed. But at least it was honest.
The impact of this deceit continues, of course, to this day, with people buying these old typewriters in the form and natural belief they were built in Australia.
My next typewriter update has some info about the import restrictions of the time.