Bringing The Typewriter (in the 21st Century) to Australia 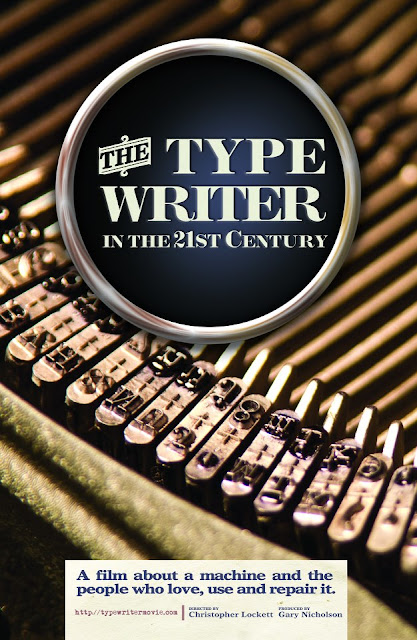 Gary Nicholson, producer of the acclaimed documentary The Typewriter (in the 21st Century), approached me in early March about the possibility of bringing the film to Australian screens. If any Australian Typospherian out there has any thoughts on this matter, or any contacts in the industry who could prove helpful in this regard, please let me know. The sooner we can see it on the big screen in Australia the better. An Australian premiere would be ideally linked to some typewriter-related event, such as a Type-In, as has happened across the US. 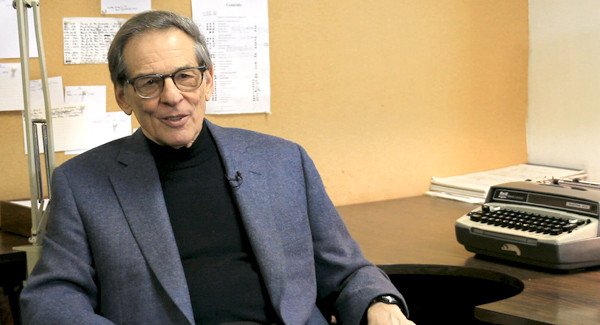 Author Robert Caro in The Typewriter (in the 21st Century).
Meanwhile, The Typewriter (in the 21st Century)'s Facebook group was told this afternoon, "The Los Angeles Times review of our film is in - and it's a good review! The film opens tomorrow night at Downtown Independent Theater here in LA with special guests."
"If the worst they can say about it is they want more, that's definitely a plus!"

"Something else to look forward to Friday night - our distributor rushed us a shipment of DVDs. They will be available for an opening night special - $20. They list for $24.95 on Amazon - and BTW, they're now listed on Amazon."
I have just ordered one and the cost to me, including standard international shipping, was a mere $A31.44.


The LA Times review, written by Gary Goldstein and headed, "Enthusiasts weigh in on The Typewriter (in the 21st Century)", has the stand-first: "Director-cinematographer Christopher Lockett unearths quite an assortment of spokespeople to wax poetic on behalf of the once-ubiquitous typewriter. It's mostly enjoyable, but no interviews with naysayers?"
"The death of the typewriter has been greatly exaggerated, at least according to the fun, compact love letter of a documentary The Typewriter (in the 21st Century). Thus, it may be a surprise to learn that while the computer, the iPad and other modern writing technologies have largely swallowed the typewriter business whole, a sizable number of fans, users, fixers and purveyors still exist." 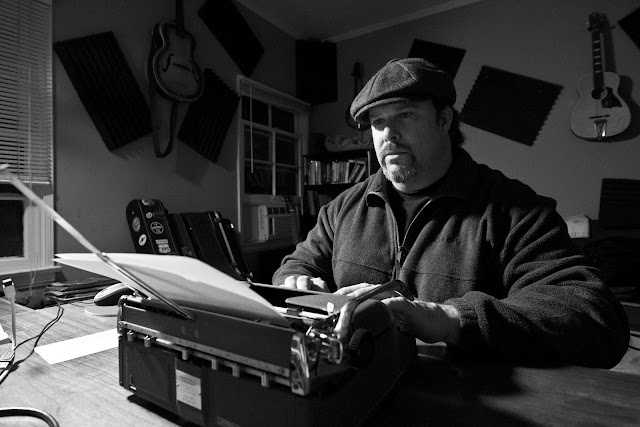 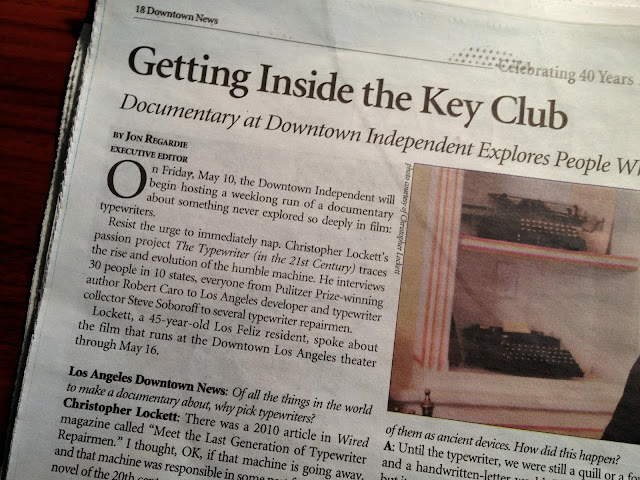 The article opens, "On Friday, May 10, the Downtown Independent will begin hosting a weeklong run of a documentary about something never explored so deeply in film: typewriters. Resist the urge to immediately nap. Christopher Lockett’s passion project The Typewriter (in the 21st Century) traces the rise and evolution of the humble machine. He interviews 30 people in 10 states, everyone from Pulitzer Prize-winning author Robert Caro to Los Angeles developer and typewriter collector Steve Soboroff to several typewriter repairmen. Lockett, a 45-year-old Los Feliz resident, spoke about the film that runs at the Downtown Los Angeles theater through May 16." 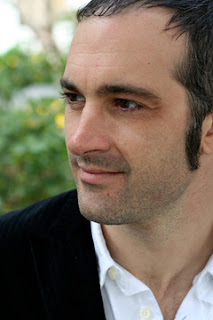 Producer Gary Nicholson
The interview ends with Lockett saying:
"There will be 8 and 10 pm screenings (tonight Californian time) and Gary [Nicholson] and I will do a Q & A between the screenings. Steve Soboroff will bring some of his typewriters; I asked him for Hemingway, Jack London and Orson Welles. There’s also Louise Marler, an artist who makes shirts that say things like 'You Are My Type' and 'Talk QWERTY to Me'. She’ll have T-shirts and posters. Plus, this is a theater that serves craft beer, so I will be able to relax a little."
Like Richard Polt, I find the "Talk QWERTY to Me" line appealing. Having made a few typewriter-related T-shirts myself (like about 1000) this is how I'd probably design it: 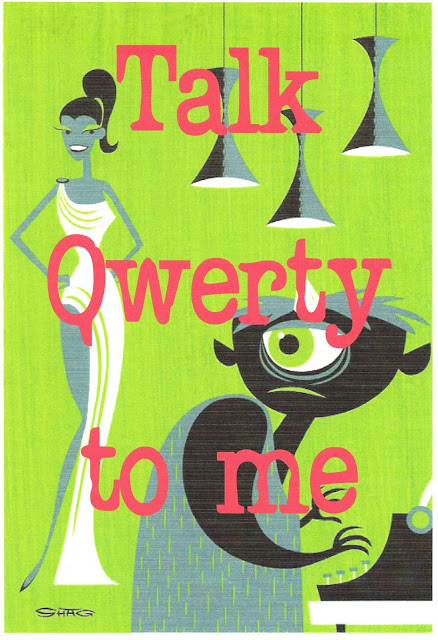 Posted by Robert Messenger at 18:39

As the original typing cyclops, I love that design!

I was a little irked by the joke "resist the urge to nap" -- why would anyone find typewriters boring? Then I returned to reality and the fact that 99.9% of humans haven't given a second thought to typewriters since 1987.

The LA Times review ends by saying that the naysayers should have had some screen time. As if anyone needed to make the point that typewriters aren't the most efficient way to get a lot of jobs done. Of course not! One goal of the Insurgency is to resist the trend to make everything efficient. There is some diversity of opinion in the film, as I recall, regarding the staying power of the insurgency and whether typewriters have a future.

I like this line of Richard's the best:
"The typewriter is the bicycle of the written communication word. It’s an alternative to the most efficient way to doing things and it’s about enjoying the ride."

I think that puts the whole thing very succinctly.

As for no representation by naysayers, it clearly has no place in what is clearly an evangelistic film that will be played to audiences who are by default naysayers. (: